As the summer wore on, we wrapped up the North York Moors wader surveys, but monitoring work continued with bats, and also Filey's breeding Kittiwakes (my seventh summer conducting this voluntary survey, gauging their breeding productivity here on the cliffs) and Turtle Dove breeding surveys in the North Yorkshire forests (another great voluntary project). By late July, however, it was time to swap the North Sea for the Atlantic, and specifically the rugged shores of Cape Clear Island and County Cork.


In partnership with Shearwater Wildlife Tours, we (Yorkshire Coast Nature) led a memorable five-day tour in this most beautiful of Irish counties, with three of those days and nights based on the legendary and idyllic Cape Clear, bookended by days exploring the beautful coastline of the Cork mainland.


Unsurprisingly we were fully booked long in advance and, with the local expertise of Niall and a lovely 'support crew' (hats off to Andy the driver, Steve the Bird Obs Warden, and Mary the, well, what doesn't she do on the island?), it was a cracking trip with a great team of clients, fine landscapes, culture, food, people - and some very special birding experiences.


Dedicated posts written at the time can be found here, here and here  (check out the dolphin videos), but suffice to say, the real stars were out on the waves. We were able to take two boat trips out into the Atlantic, both for several hours and both with memorable results; without the skillful skippering and chumming we'd have been far less successful, however, and it's fair to say we had it locked down, despite the reported lack of of our target seabirds in the area previously.


Top of the list from a rarity perspective was Wilson's Storm-petrel, and we'd fantastic, extended views of these little beauties from the Southern Oceans allowing everyone to get to grips with their diagnostic features alongside their European cousins - talking of which, there were, well, a lot of 'em.


Shearwaters gave us many a dramatic fly-by, with Sootys, Cory's and countless thousands of Manxies, Short-beaked Common Dolphins put on many a breathtaking show right beside the boat, an Ocean Sunfish joined us for a while, Arctic and Great Skuas came to investigate.... add to that the wonderful experiences back on the island (Storm-petrel ringing with Steve, seawatches with huge numbers of shearwaters, a great craic in the local pub) and it was the kind of trip that was an absolute dream to lead.


Back on the Yorkshire coast, and it was, well, back off the coast and back on the boats, with a series of equally memorable YCN Seabirds and Whales pelagics out of Staithes, a painfully picturesque village a little way up the North Yorks coast. I had the pleasure of leading some of the most exciting and successful trips during the late summer and early autumn, with up to 25 (!) Minke Whales on several occasions, lots of great seabird action (including cory's and Balearic Shearwaters, skuas, terns and plenty more) and many a happy client. (We're booking for this year now - see here if you fancy it).

Cetaceans and seabirds ruled the summer both away from home and back in the hood (as they always should), where it was an exceptional season for Bottlenose Dolphins; while occurences have increased in recent years, they're still a big deal to see in the Filey area - until this year, that is, when I lost count of the times I bumped into them on clifftop and beach walks and scans. I managed to get conclusive ID's of several from photos of the dorsal fins, and as in previous years, they belong to the Moray Firth community (they really get around these days). 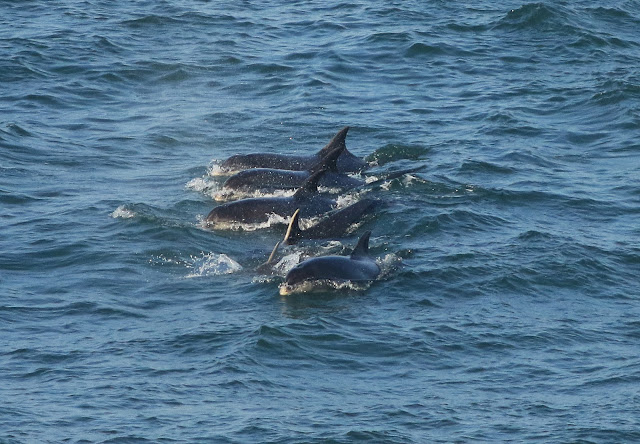 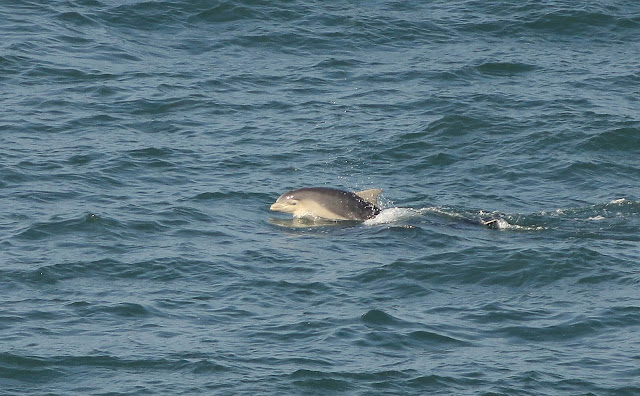 On dry land, early autumn was fairly muted locally, although waders always provide a distraction, and finding a (very) early Icterine Warbler fresh in in the grass on the end of Carr Naze at the end of July was a nice surpise.

By then it was time to prepare for the next trip, to Sweden and the mighty Falsterbo Bird Observatory... (part five to follow)