After an improvised (but ultimately really enjoyable) 48 hours on the Lancashire coast, the delayed journey to North Wales beckoned; setting off from Lancaster and hitting the M6 post-rush hour (and supposedly post-worst of the weather) seemed like a good idea, but in the end made little difference to a very messy and at times white-knuckle drive through thick snow, freezing fog, accidents, tailbacks and more... but still, I was on the North Wales coast by early afternoon, and with birding comrades Robin and Stephen on Anglesey soon after.


Bathed in sunshine and with conditions having temporarily settled, it felt like a different world, and the island did its best to impress. South Stack and the sandy coves of its north-west coast were particularly picture-postcard, with Chough and Merlin adding to the scene: 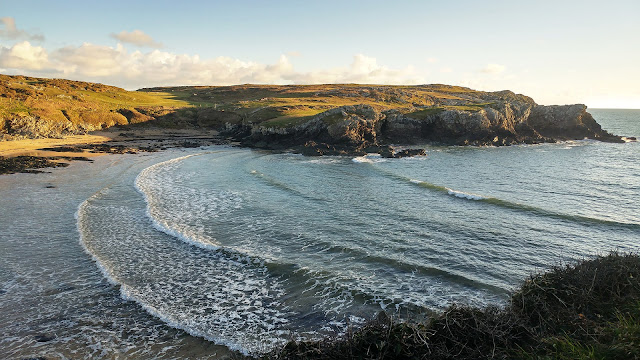 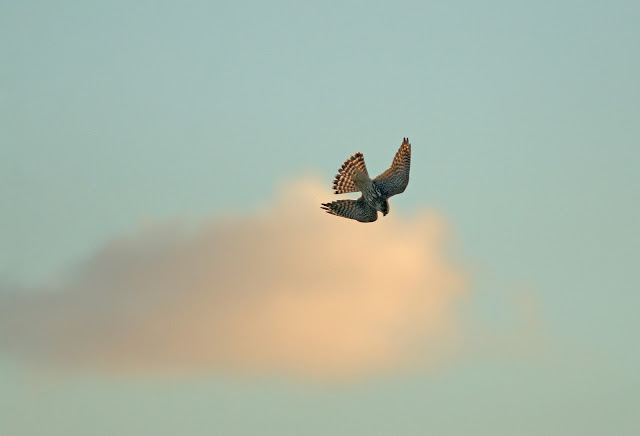 .... and Black Guillemots, grebes, ducks and more around the sheltered cormers. A perfect introduction to this part of the world, and a great way to spend a couple of hours birding before the evening's activities - a talk for the good people of Bangor Bird Group. Thanks for coming all, and especially Robin and Stephen for being such excellent hosts - see you soon folks! 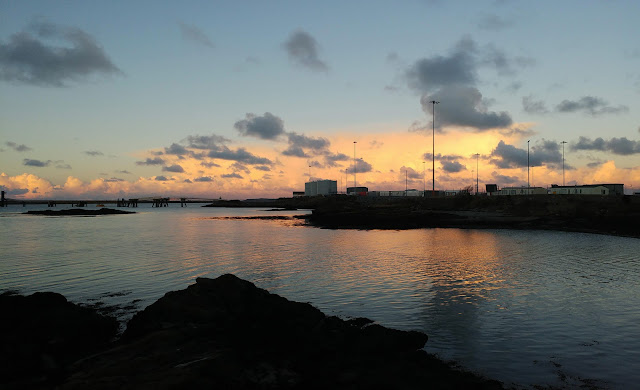 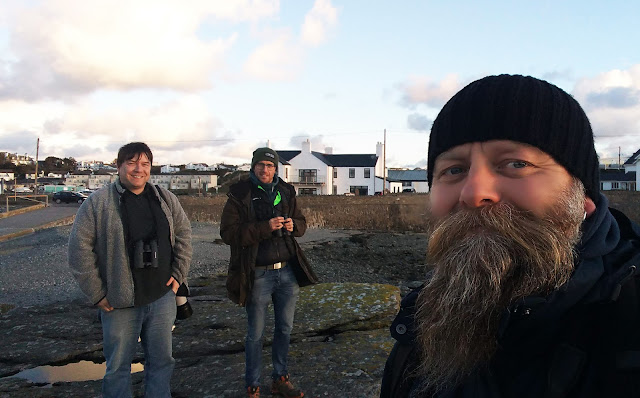 Posted by Mark James Pearson at 09:01