Bird of the Week #7 - Long-tailed Duck 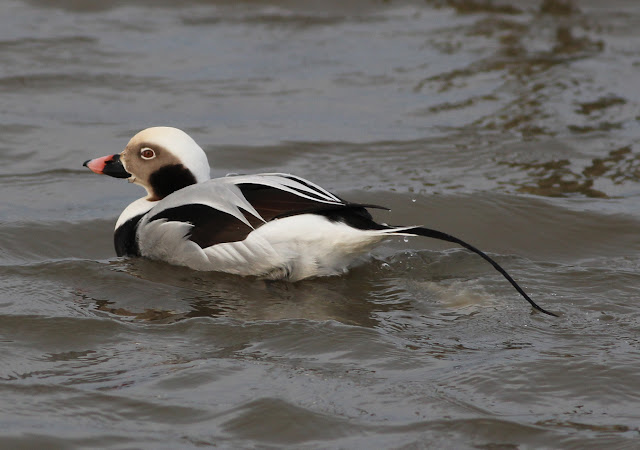 There are few families that rival the seaducks, and among seaducks, there's few that can rival the aesthetic splendour of a Long-tailed Duck (particularly a male in winter plumage, as shown above). They're scarce but regular here at Filey, paricularly during late autumn seawatches, and especially during and after a decent northerly blow; but they're also prone to sticking around and enjoying the shelter and feeding opportunities the northern part of the bay has to offer (like the female pictured below). 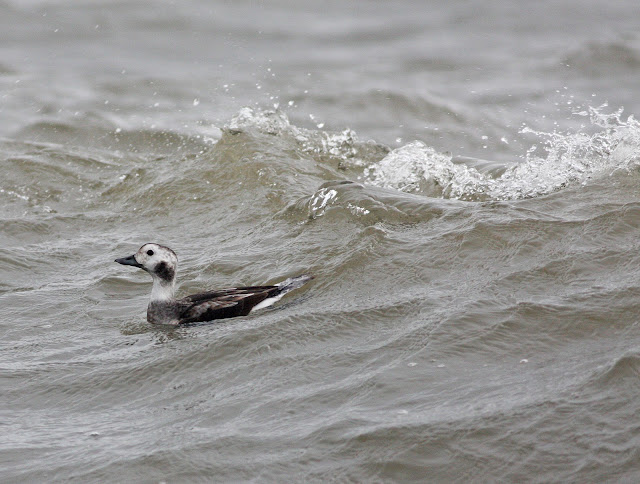 Far more numerous off more northerly UK coasts (and a common treat of our recent Scottish trip), every one deserves to be savoured locally, and while late autumn and winter are indeed by far the best times to find your own, they can appear at any time of year. Interestingly, they were formerly pretty much unheard of in summer here until I spent four consecutive seasons monitoring the bay as part of a survey contract - and if memory serves, we recorded them in each of those summers (see below). 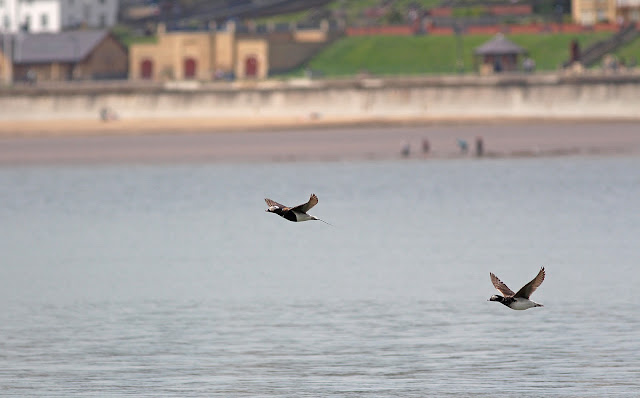 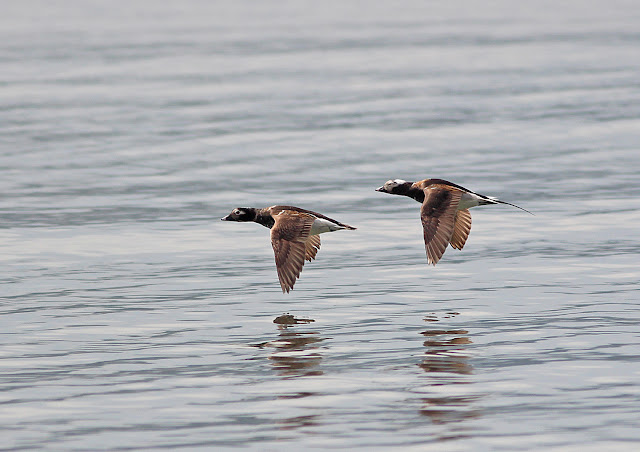 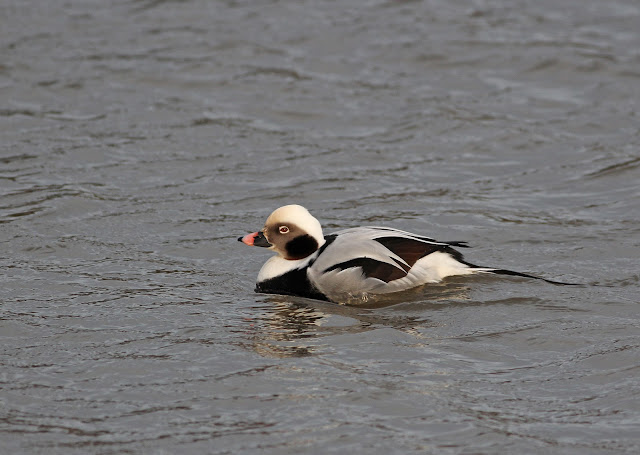 Posted by Mark James Pearson at 15:05