Bits & (Mega)bats from the Botanical Gardens 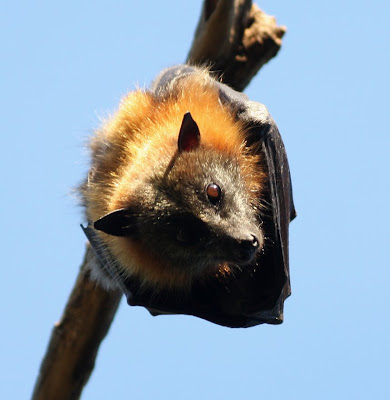 A final post from the Botanical Gardens - for exotic and outlandish fauna, almost like a zoo (mercifully minus the bars, cruelty and exploitation of course); and a chance to spotlight two of the more entertaining species of the park, Grey-headed Flying Foxes and Sulphur-crested Cockatoos. 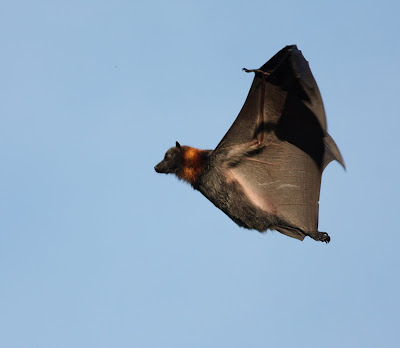 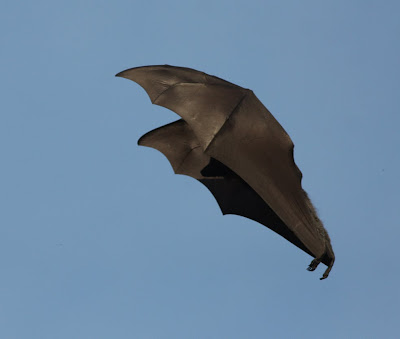 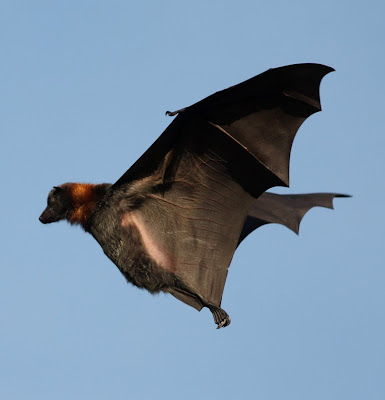 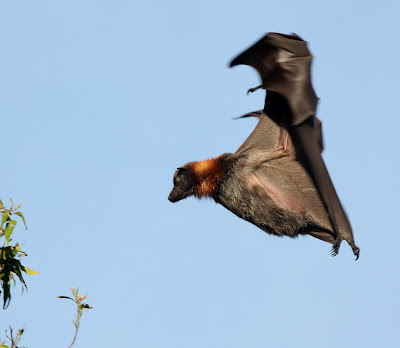 A now infamous resident of the park, technically (and poetically) speaking the flying foxes are Megabats, and there are now many thousands in this particular camp. A vulnerable endemic of eastern Australia, they're a wonderfully approachable and entertaining species and we spent plenty of time watching them interact in the winter sunshine. 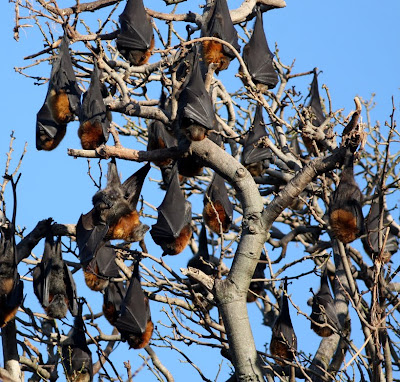 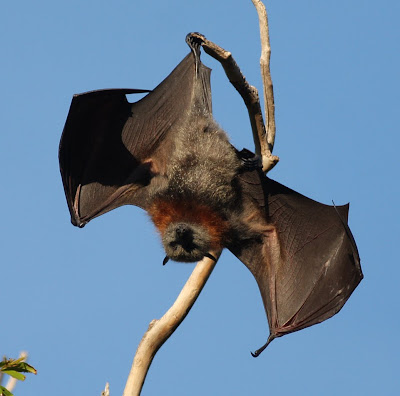 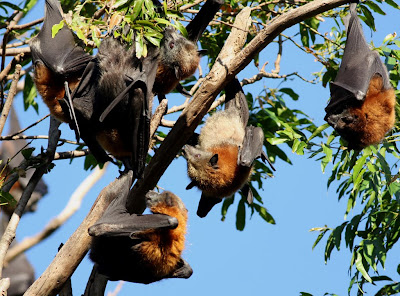 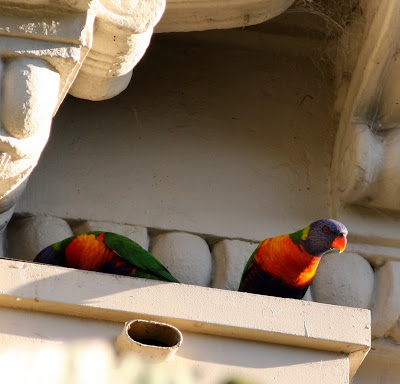 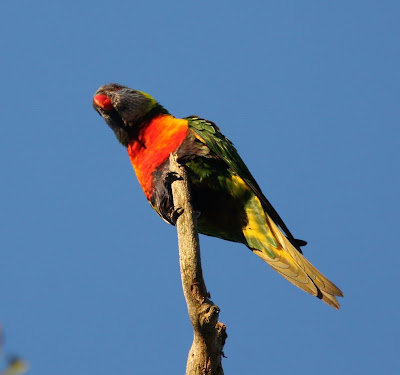 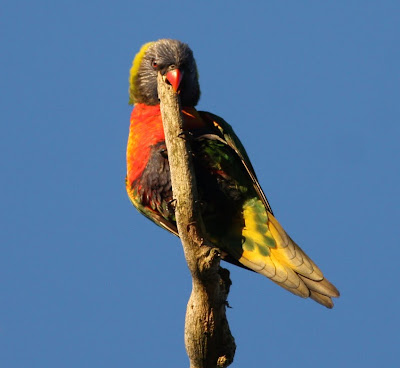 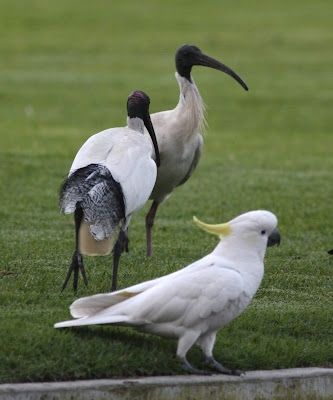 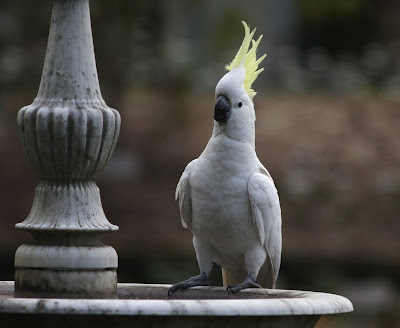 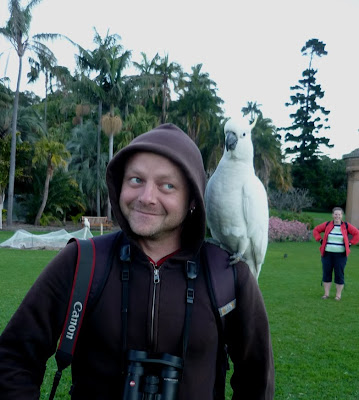 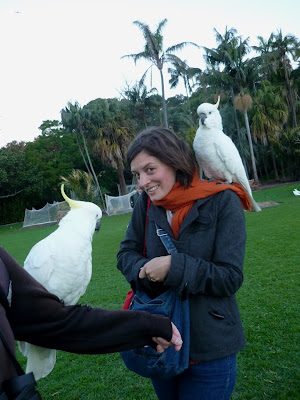 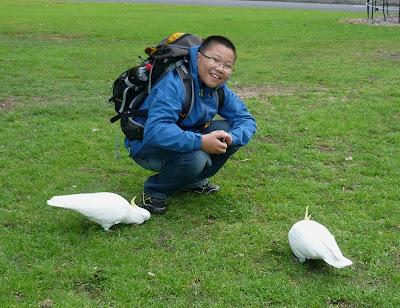 While the Flying Foxes are sadly declining, the park's Sulphur-crested Cockatoos will likely take over Sydney, and then the world, within a few decades. In a pleasing role-reversal of their captive cage-bird trade brethren, these wild, native Australasian Cockatoos simultaneously exploit and mug unweary humans in co-ordinated teams. Respect. 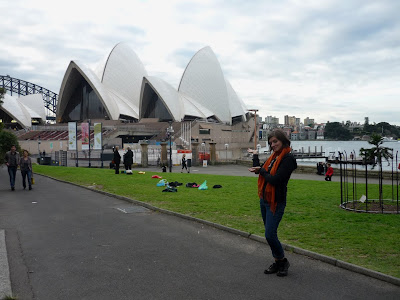 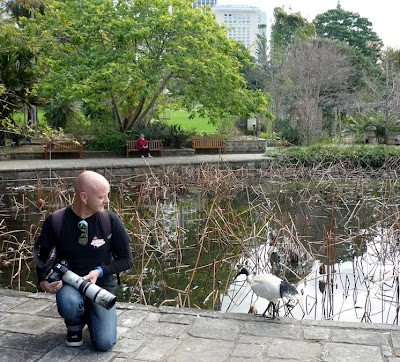 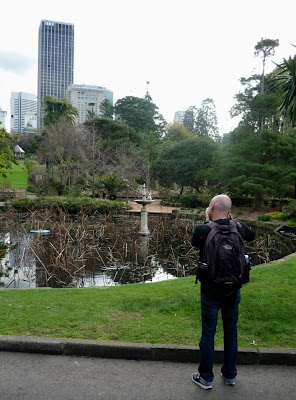 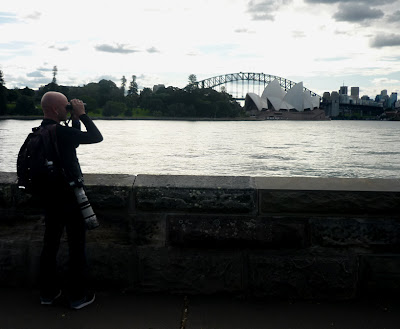 From there, back over the Equator and into the North Pacific....
Posted by Mark James Pearson at 05:22