I had a pretty simple choice on the morning of the 26th - rest up, recouperate and get well for the working week ahead, or plough headlong into the day, blitzing the COTF comms and social media channels and intercepting as many teams as possible at key points in their increasingly manic race day, to further ramp up the buzz for the campaign as the finish line beckoned.... 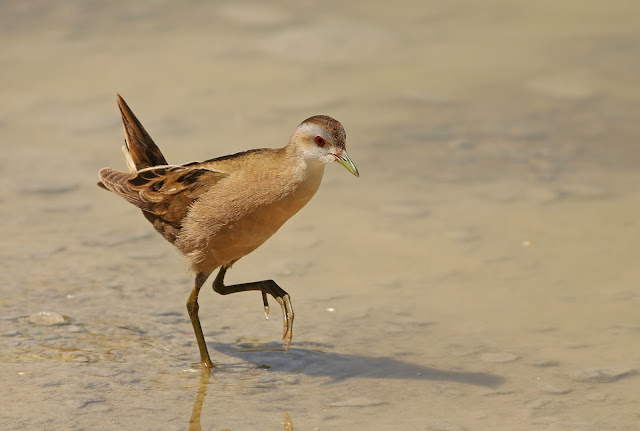 Risky perhaps, but the latter won out, and not stopping for breath turned out to be a winning approach - we (Amity assisting invaluably) breezed around various locations in the southern area of the playing field, catching teams and their stories as they passed through, incorporating Holland Park, the IBRCE, city greenspaces, the pumpkin fields, K19, K20 and North Beach into our route. It worked a treat, and we were able to provide comprehensive, live and integrated coverage of the race on the ground from dawn til dusk and beyond. 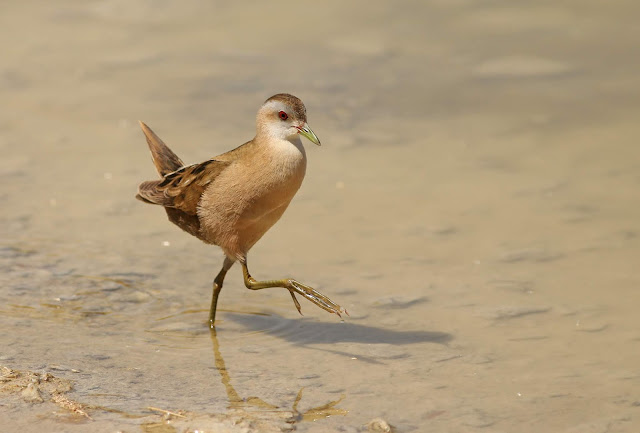 IBRCE - or Israel Birding and Research Centre Eilat to give it it's full mouthful of a title (aka the bird park or just the park) - was a pleasure as always, and that's where this ridiculously confiding Little Crake strutted nonchalantly to and fro before us as the morning, and the race, heated up. 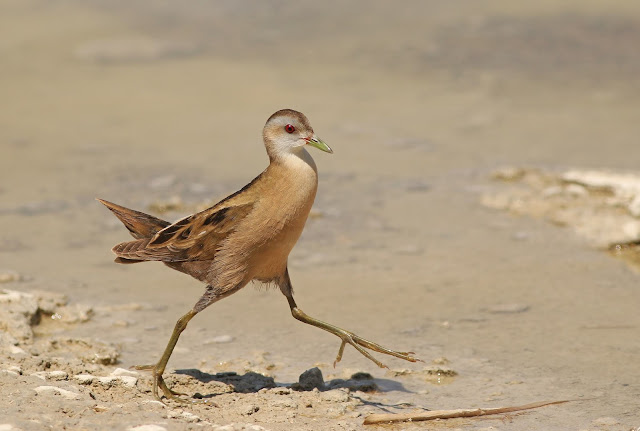 Other highlights here included Little Bitterns, plenty of waders, strong hirundine passage, and being interviewed for Haaretz - a national broadsheet known as the Israeli Guardian - about Champions and its increasingly important role in the international birding and conservation calendar. I'm told it's a very positive and well-informed piece (and not too unkind!) - if you can read Hebrew, here's the link to the online version. 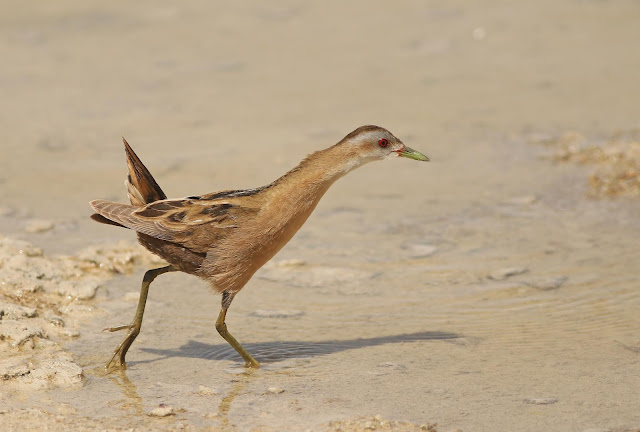 Thankfully, the adrenalin never seemed to ebb away, and by the time the sun set on North Beach (with numerous teams trying to scratch out the last few diurnal species, including White-eyed Gull, Arctic Skua and Little Tern all offshore), the cold had miraculously peaked and left me with nothing worse than a comedy snotty nose for the evening at the finsih line in the hotel, welcoming teams back as the midnight curfew approached....


A fantastic and fenetic day, and a blessing to get away with just 48 hours under the weather when I was realistically preparing for a good week or so (and thus steeling myself for a difficult few days working ahead); but lord, did I sleep well that night.....