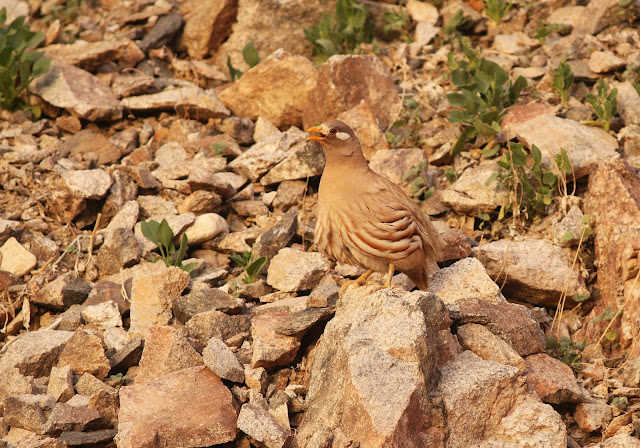 The 30th and 31st were all about the conference, although a few hit-and-run sessions pre-kick off and during breaks were managed:. an early session at K20 on 30th with Ammie was notable not only for Dorca's Gazelles, Greater Sand Plover, Collared Pratincole and a good selection of birds, but also for a certain spiky bandit at the roadside (see next post). Later in the day, kidnapped by Amir and bundled into his 4x4 for an hour on the increasingly windy afternoon with Yoav and Annie, we crawled up the track through a nearby gorge and bumped into a pair of comedy-gold Sand Partridges in the heat of a whirlwind romance... 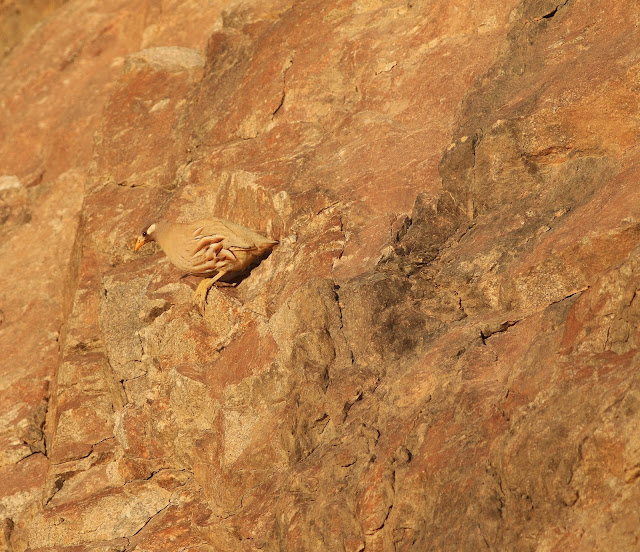 They cared not about our presence, being immersed instead in the nuances of sweet, sweet love, manifested in a courtship routine involving the female following the male closely, the male stopping, strutting and singing, the female alluringly giving the green light and blink-and-you'll-miss-it bouts of copulation. Hot stuff. 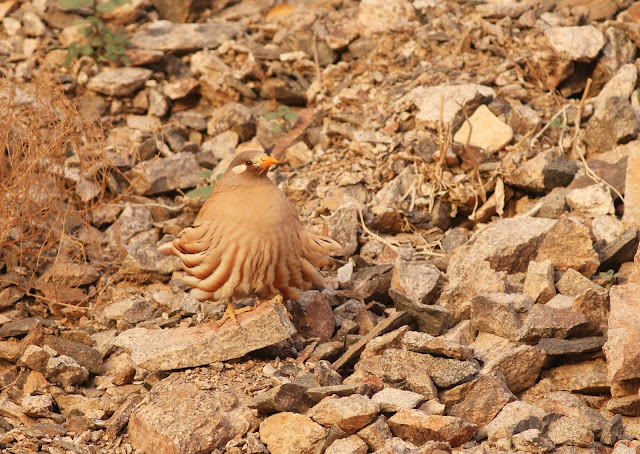 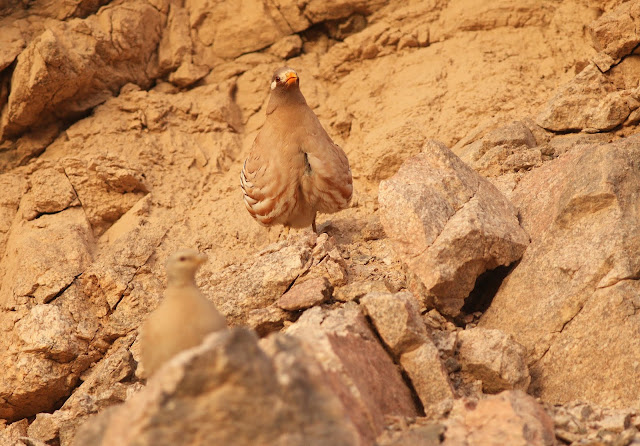 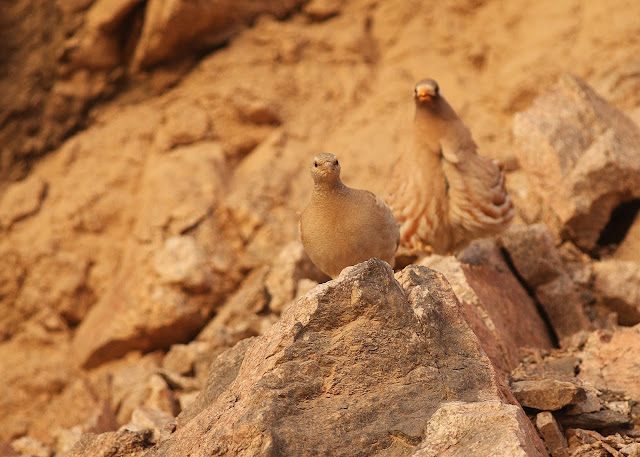 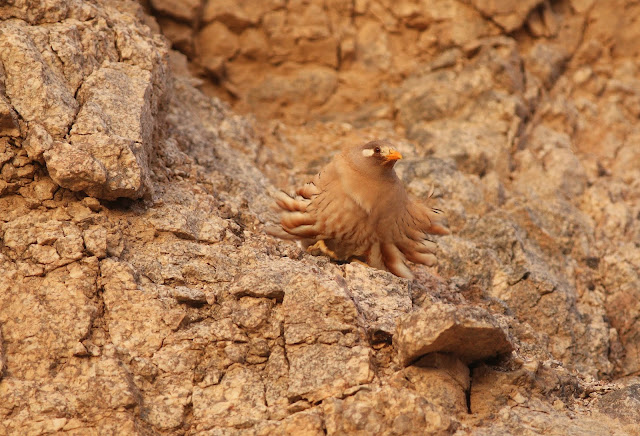 The follwing day, Ammie, Doug, Annie and I hit the desert road during the early afternoon, heading clockwise through the Eilat mountains and through the plains towards Neot Samadar. After gorging on (organic, free range) goat's milk ice cream and delicious coffee and juice there we checked out Grofit sewage farm - tons of birds (with a fall of warblers clearly having just occurred, including a 20-strong (!) flock of Balkan Warblers), the pick of which was this gingery beauty - a vocal and accommodating Rufous-tailed Scrub Robin. 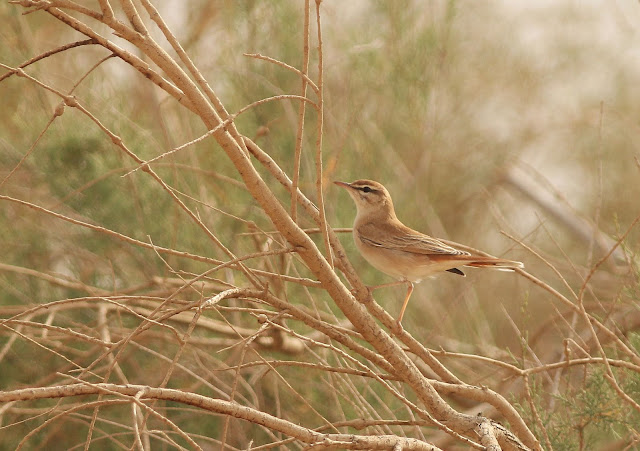 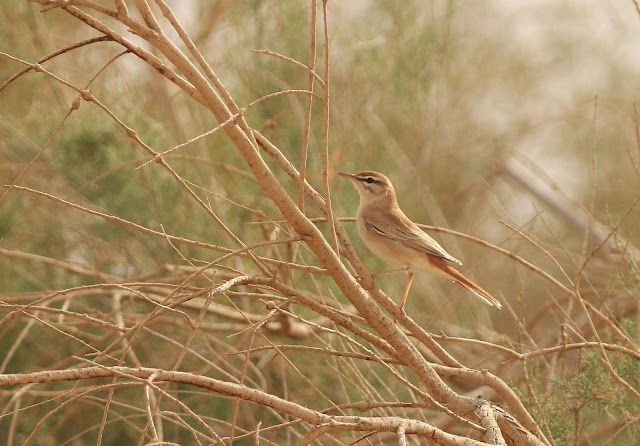 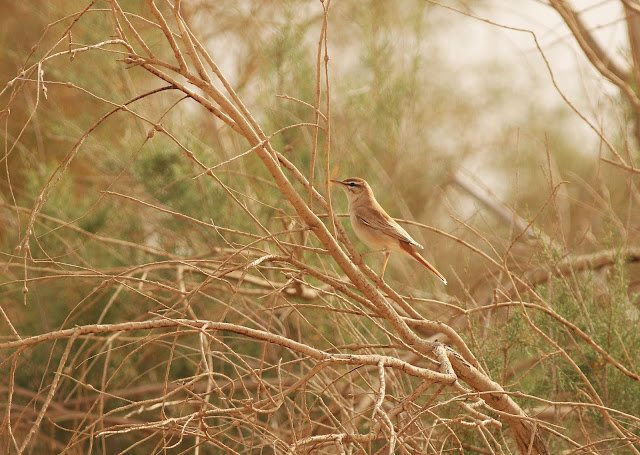 Posted by Mark James Pearson at 13:21