Much of the 27th was dedicated to the climax of #COTF19 (and what a campaign it was.. more of that when I get chance) which began with the traditional group photo on North Beach and was followed by the Awards Ceremony and dinner, this year in the open, bird-filled air at the IBRCE. All of which was as fun, celebratory and inspiring as always - so many good people, and so many friends, old and new.

With a couple of hours of light left, the Mrs and I meandered up to K20 saltpans, via K19 - where we had a very fortuitous run-in with a flock of migrating Blue-cheeked Bee-eaters, which proceeded to swoop around the car before eventually heading off on their way. 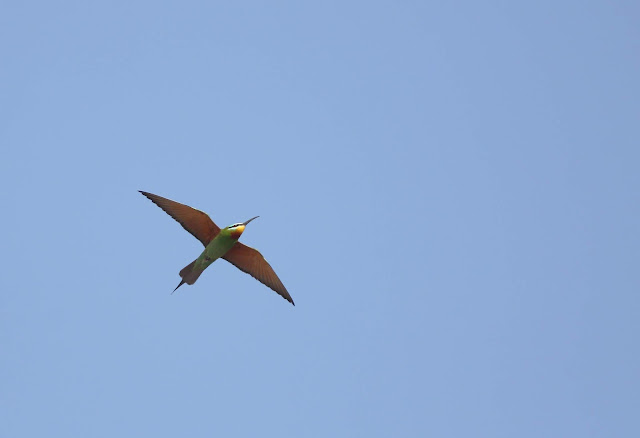 K19 held Squaccos, a Night-heron, Cattle and Little Egrets in the same clump of reeds, and a slow crawl around K20 was illuminated firstly by an incoming, low-flying dark morph Booted Eagle, then by a pair of Dorca's Gazelles, and finally by the rare sight of a migrating Egyptian Vulture (our first vulture of the trip) dropping down on a bund between the saltpans to rest briefly, right in front of us. A perfect, very appropriate end to another great day. 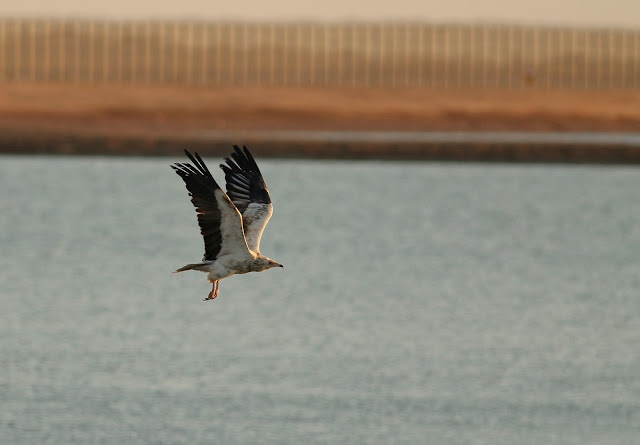 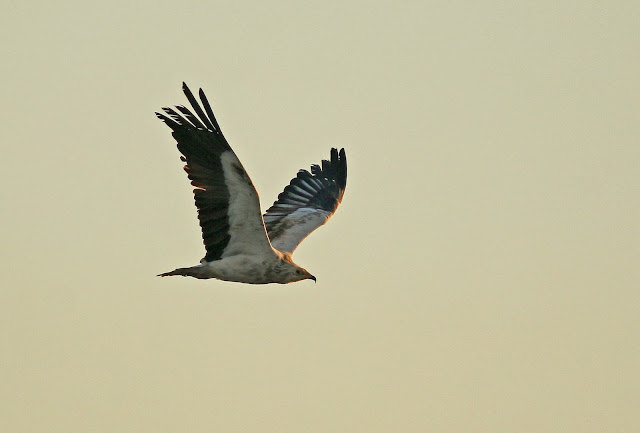 Posted by Mark James Pearson at 22:42