With Black Terns being reported from various inland water bodies, including the huge, oceanic reservoirs south-west of the capital (which somewhat bizarrely count as London records), there's only so long even a masochist can stare at a (relative) puddle, in deepest Hackney, in the pouring rain; said masochist even spent two hours in torrential downpours yesterday evening, until dusk, in the vain hope of a brief fly-through, after an extended session in the morning produced nothing...

Today, after several hours on patch again in Stoke Newington (no luck of course, but some nice warblers at least), an unrelated excuse to journey a couple of miles north-east to Walthamstow Reservoirs was too tempting to pass up. Approximately seven million times the size of one's humble, even more urban local patch, Walth Res are still truly inner-city, and shamefully underwatched.

After hooking up with Ian (Woodward, north London BTO rep), we scaled the bank of High Maynard, scanned the banks and open water with their multitudes of Common Terns and Common Sandpipers, and after a few minutes - bingo. A pristine juvenile Black Tern, hawking over the water, and then conveniently resting up on a nearby concrete outcrop.

A joy to watch, and with us for the following hour while we covered the northern complex of reservoirs. Other notables included about six Little Egrets, a Green Sandpiper and a fistful of Kingfishers.

Posted by Mark James Pearson at 23:37


A lazy Sunday afternoon (and evening) in north Kent with Laurence and Phil, courtesy of the former's angelically-patient driving and new-ish motor (the green one sadly passed on, to be replaced by a slightly newer model). Only an hour and a half out of Hackney via the tunnel and the M2, exiting the motorway via quiet, narrow roads and straight into a bucolic, thatched-cottage postcard.

And a lovely reserve - tucked away and un-signposted, just beyond the sea defences overlooking east Sheppey, and an easy, productive and impressive wetland chocful of close-up, accommodating waders. In with a bullet on the fantasy local patch list.

Almost all gave great views (although most just beyond the reach of the DSLR), with swirling masses of Black-tailed Godwits and Redshanks, many Golden Plovers, Dunlin and Lapwings, liberally scattered Avocets, Greenshanks, Whimbrel and Ruff, a few Green Sandpipers, two very lovely Wood Sandpipers, and no less than thirteen Curlew Sandpipers, including eleven lined up together in various stages of moult (from bright crimson to almost-winter plumage grey).

With the requisite semi-residents (Marsh Harrier, Little Egret, Med Gull) and a few ducks (Teal, Gadwall, Shoveler, Shelduck etc.), this small, perfectly-formed wetland presented a fine late-summer / early autumn scene. After the Naze a couple of weeks ago, my thirst for summer-plumage waders direct from their breeding grounds is thus wholly quenched.

Posted by Mark James Pearson at 16:34 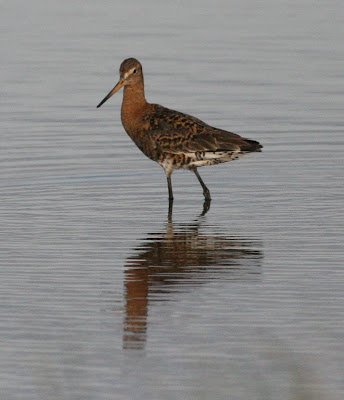 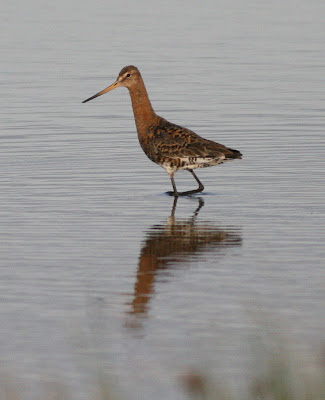 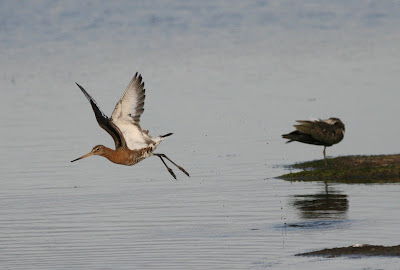 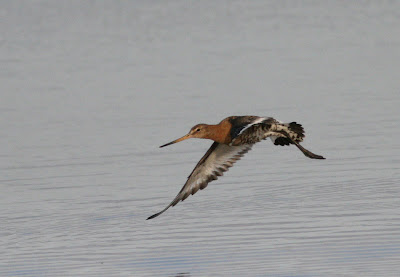 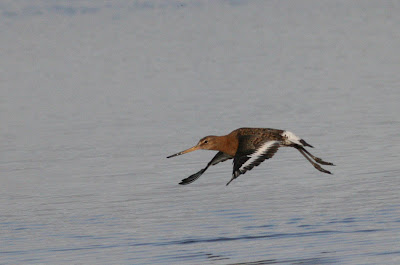 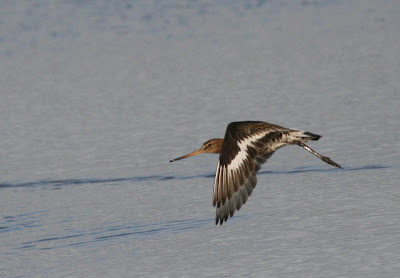 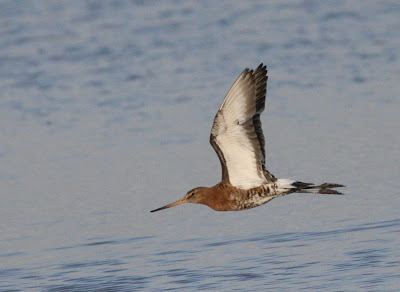 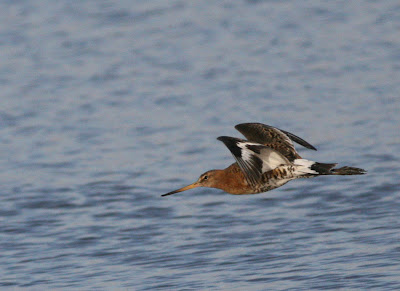 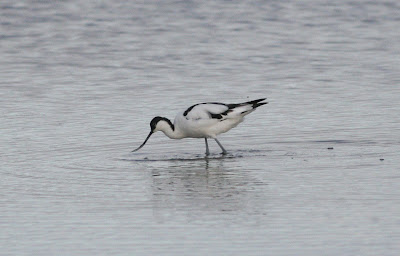 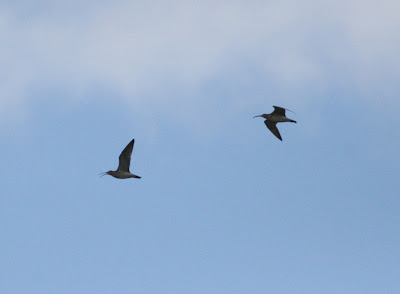 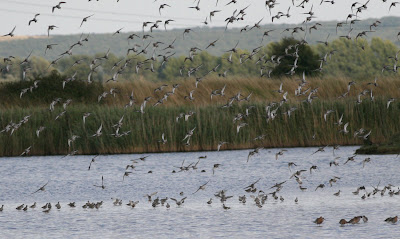 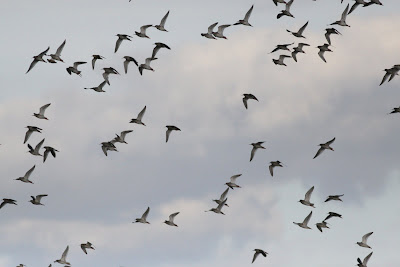 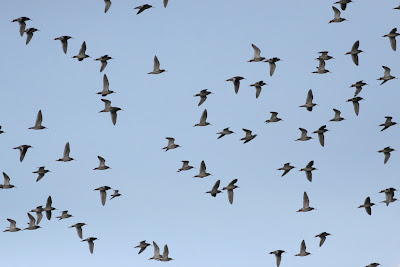 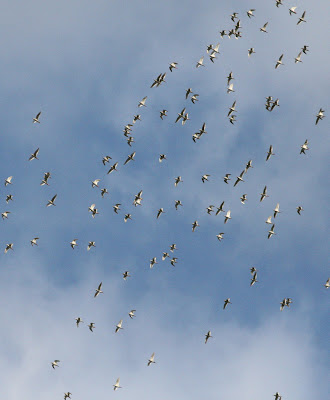 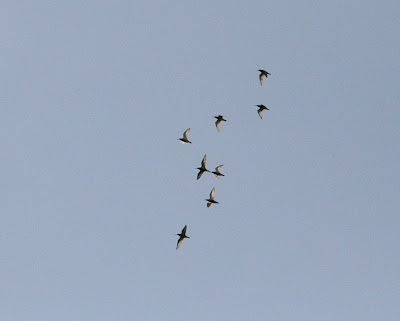