Just published by Birdguides - part one of my look back over an entertaining autumn season here at Filey:

Postcards from the edge - Autumn 2014 in Filey, Part I Posted by Mark James Pearson at 17:13 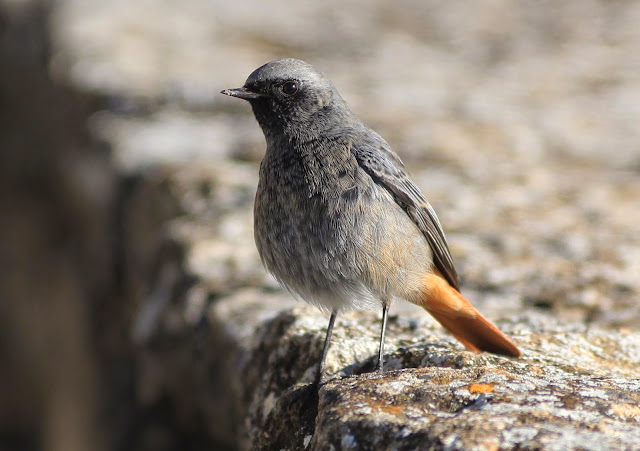 Time flies eh? Over Christmas and New Year the Mrs and I spent a lovely week with our dear friends the Fontenoys at their place in Caumont-sur-Durance, a little village in the Provencal countryside. For the most part, we were happily holed up in front of the fire as the Mistral howled, but there were still plenty of occasions when we did venture outside, and there were always birds to enjoy. 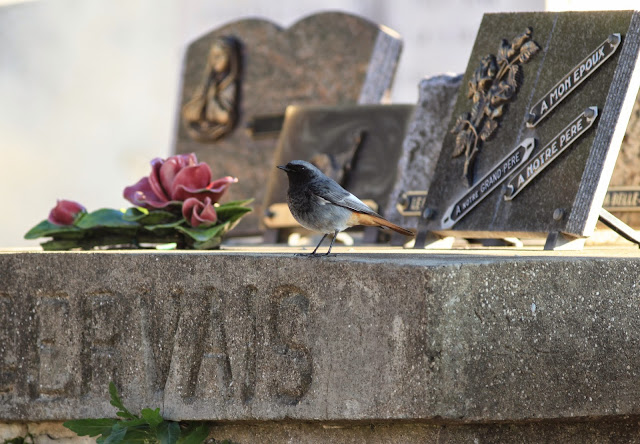 Default species around the garden and village included many Black Redstarts (above and below), Chiffchaffs and Serins, regular Firecrests and (to a lesser extent) Goldcrests, small numbers of Cirl Buntings, and Crested Tits happily put in an appearance just outside the front door. 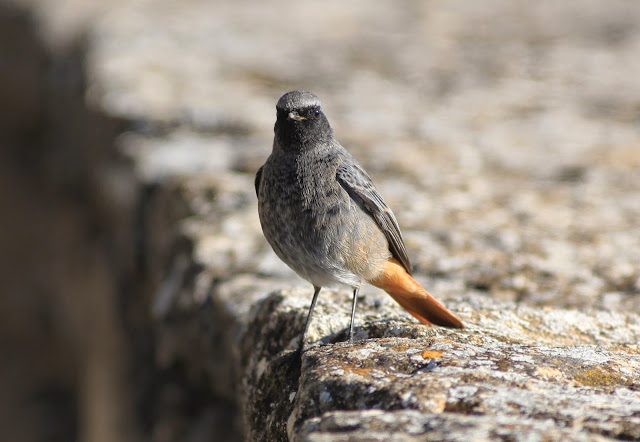 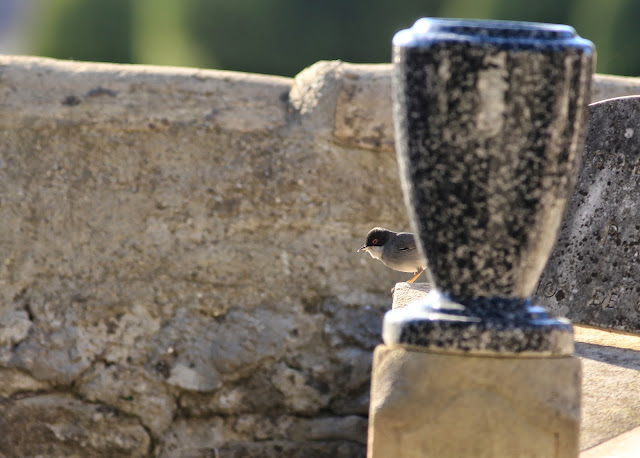 Blackcaps were, as always, present in almost plague proportions, and Sardinian Warblers (above and below) were pleasingly hard to avoid (unless you're stuck to a gravestone of course - no turning the other cheek there, eh JC?). Redwings were well scattered where berries could be found (always seems strange seeing them so far south) alongside numerous Song Thrushes and Blackbirds. 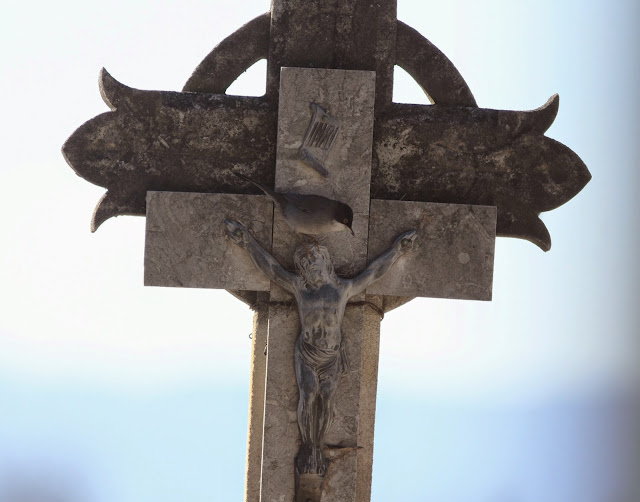 Excursions to almost deserted, ridiculously picturesque villages and chateaux allowed close-up views of various species including Hawfinches (below - years since I've seen them and a real pleasure to watch), but it was the one specific mission that really made the trip from a birding perspective. Supremely enigmatic and uniquely adapted to often inaccessible rock faces, Wallcreeper is a bird I've always wanted to see, and there are several known wintering sites in south-east France - a reliable one of which was tantalisingly close (geographically at any rate), at the popular destination of Les Baux; logisitically, however, it soon became nigh-on impossible, and it looked like another opportunity was passing by. 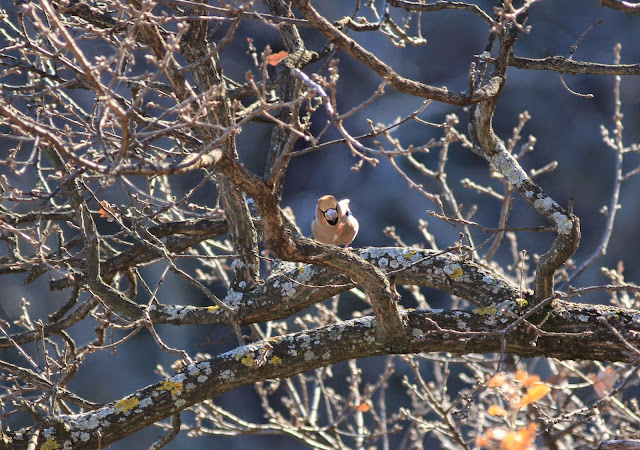 But there was a Plan B, which, while my expectations were realistically low, had to be worth a try. Only a half-hour's drive away, the local beauty spot of Fontaine-de-Vaucluse was well known to us from numerous previous visits, and online research revealed a vague reference to a distant Wallcreeper there (about a decade ago) - hardly inspiring but better than nothing - and its imposing and dizzyingly precipitous cliffs and outcrops looked instinctively promising. Fast forward to pre-dawn drive out there (thanks for the ride Maryna ;-), a scramble up part of the rocky slopes, and a bone-chillingly freezing stake-out facing the cliffs in blissfully deserted surrounds. 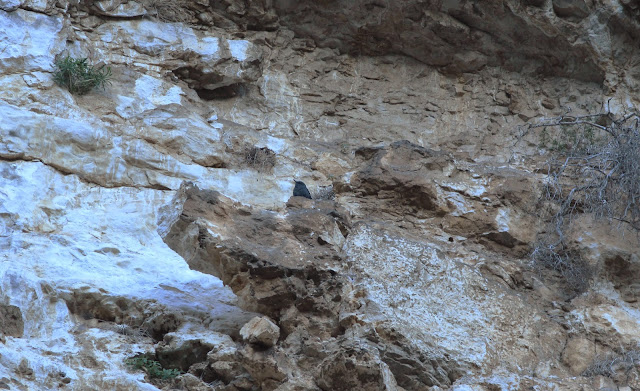 Staring at the same sensorially overwhelming wall of rock is oddly hypnotic (particularly when your extremities long since became uncomfortably numb), and aside from the distraction of the resident Jackdaws, it seemed destined to stay that way - until a cracking male Blue Rock Thrush (above) snapped me out of it and put on a fine show, followed a gang of Crag Martins leaving a roost and soon spiriting away. Well worth it anyway, then, but soon after a movement, then a flash of scarlet, and then the unmistakable shape of a Wallcreeper doing its oddly moth-like feeding flutter up the cliff-face. Great views in flight and in Spiderman-mode through binoculars were more than enough, fantastically followed a while later by a second bird on another section of rock. An unforgettable result, made all the sweeter by having to work for it. 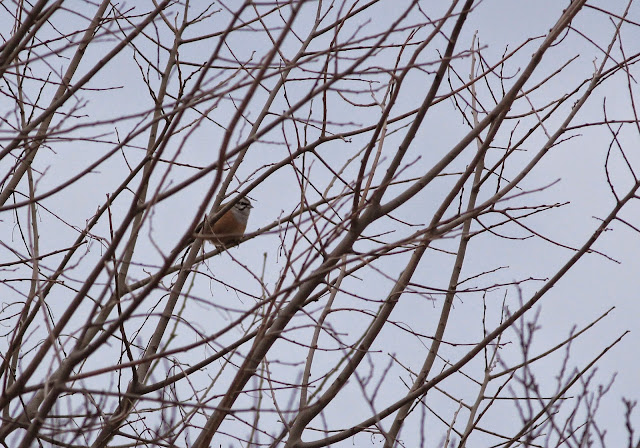 No Rock Buntings though - until this one appeared in next door's garden!

Posted by Mark James Pearson at 13:13

Back in September, the lovely Mr Tom Mckinney (of BBC Radio 3 and very clever geetar skills amongst other things) and I did an interview at the Spurn Migration Festival. Ostensibly about Filey Bird Observatory and Yorkshire Coast Nature, we ended up talking crap for some considerable time, but here's a ten minute edit (with thanks to Dave Tucker, Spurn Bird Observatory and the Migfest team).