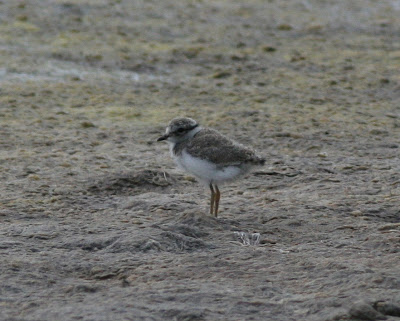 It seems like a long time since the opportunity has arisen to make a break out of Mother Hackney (at least for avian / nature-related reasons), but a narrow window opened up this week and Amity and I stole away to the coast for a brief intake of sweet n' salty air.

Generously accomodated for by our good friends the Higgins clan, we arrived on the Essex coast on the afternoon of the 10th under battleship skies and torrential rain (and via a Yellow-legged Gull on the beach at Clacton-on-Sea). By the time we hit the sack in the early hours however, the skies had cleared and a magical meteor shower was raining over Walton. The following morning, sunny skies and a warm westerly encouraged us out onto the Naze for a full day's leisurely ramble around the land and coastline. 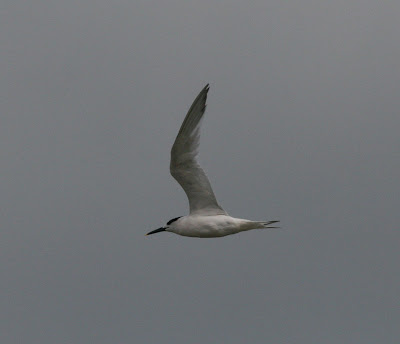 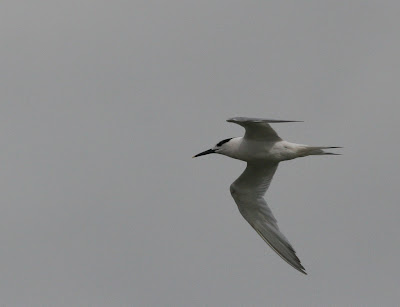 No headline-grabbing gems uncovered or the like, but a full day with a distinct spring in our step and plenty of natural goodness to soothe the soul; the Naze itself was showered with butterflies and day-flying moths, crammed with Common Whitethroats and plenty of other passerines, and looking like a dream of an observatory that never was.

Plenty of warblers besides the above, including a sprinkling of Chiffchaffs, Reed Warblers, Blackcaps and Lesser Whitethroats, and lots of sulphur-coloured Willow Warblers, largely faithful to roving flocks of Long-tailed Tits. All three hirundines were pleasingly ubiquitous, with mixed groups of local breeders and migrants twittering and performing throughout; Swifts, too, were gunning south or hanging on around their natal streets.

A Marsh Harrier - presumably a juvenile judging by its impeccable plumage - appeared over the coast in the morning, snacking in mid-air, before purposefully drifting south and well out over the sea. 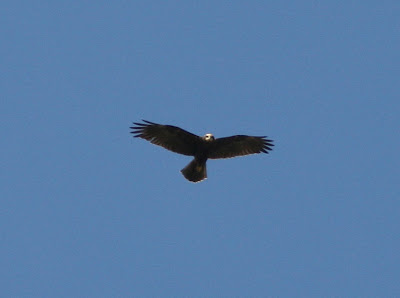 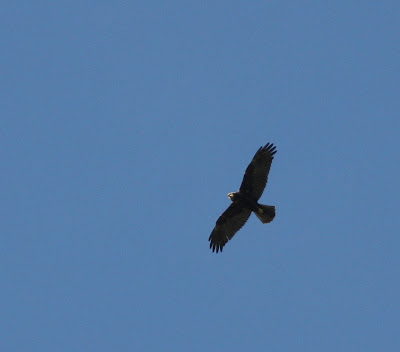 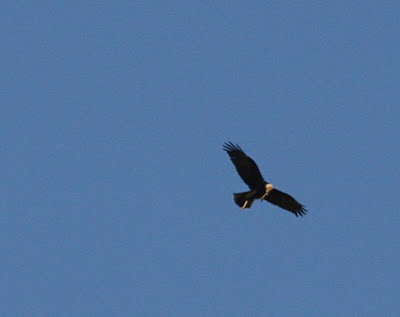 Waders were generally confined to the liberally-spread Ringed Plovers (including the family on the pools), Curlews, Oystercatchers, and several impressively summer-plumaged Turnstones; tide-timing was far from focused this time, and flocks of Golden Plovers, Little Egrets and various other species were confined to the distant saltmarsh of the backwaters. 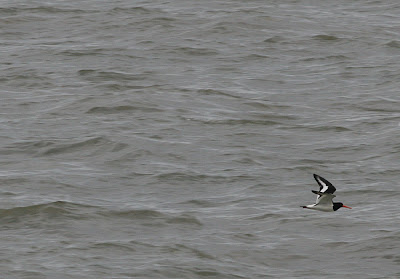 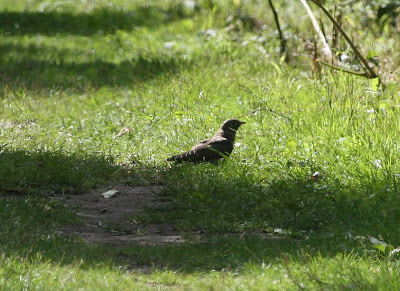 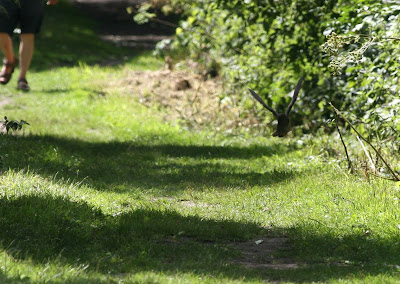 Cuckoo - carefully stalked and then spooked by dog-walker....

However, a highlight of the day was the regular presence of Whimbrels, both overhead and, most impressively, on the saltmarsh bordering the channel. Despite being disturbed by pleasure boats and the like, they remained, behind gulls and wagtails, the most tame and tolerant species. 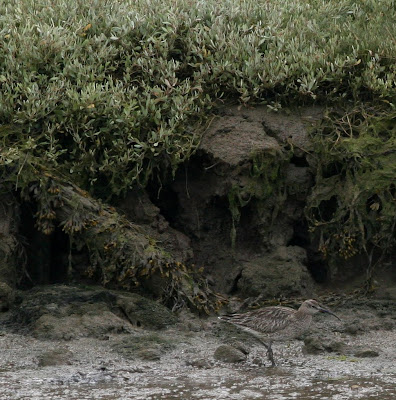 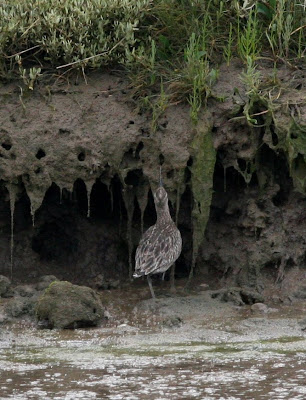 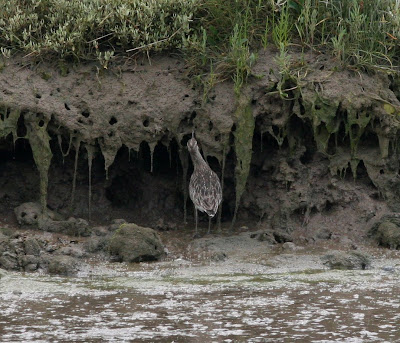 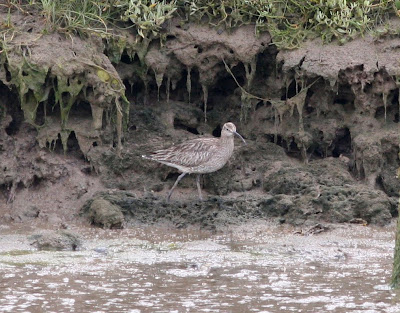 
By happy coincidence, our dear friends and legendary Essex torch-bearers Simon and Pat had the JW reserve festooned with mist-nets, and with no Hippolais or Lanius to distract, an entertaining couple of hours was passed at the tip of Naze in their company.

After walking much of the coast we wound up on the pier, and after negotiating the wonderfully trashy 'entertainments' we found ourselves with just a handful of Deliverance extras disguised as anglers for company; that is, apart from four brave gulls - three of which were, happily, Mediterranean. 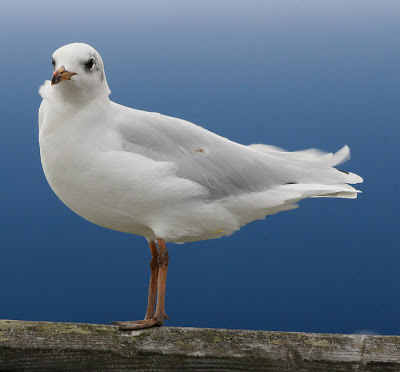 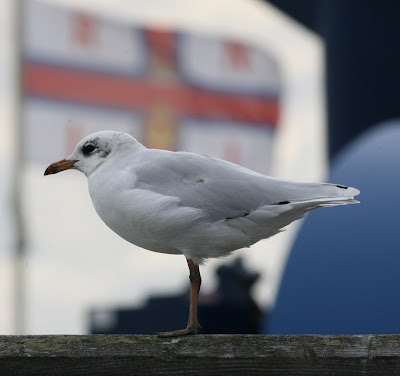 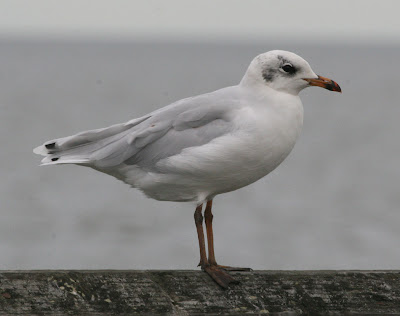 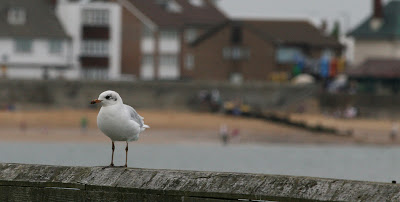 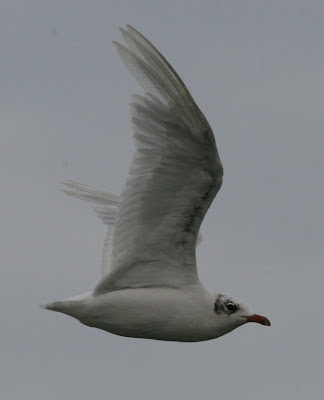 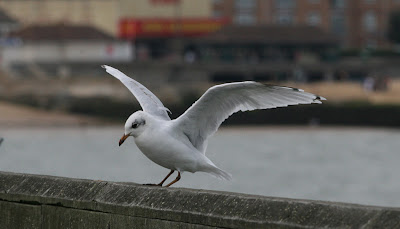