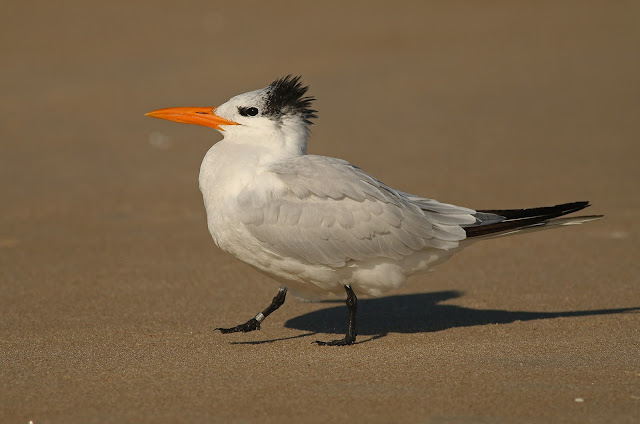 Don't you just love getting info back on ringed birds? A few months ago, after a fantastic week in Cape May, we took the ferry across the bay and overnighted at Rehoboth Beach, a small resort town in Delaware. We picked a perfect morning for a walk along the beach - the sun was shining, barely a soul around, and the gulls were in fine photogenic form - and in amongst the latter dropped a Royal Tern for all of five minutes or so. 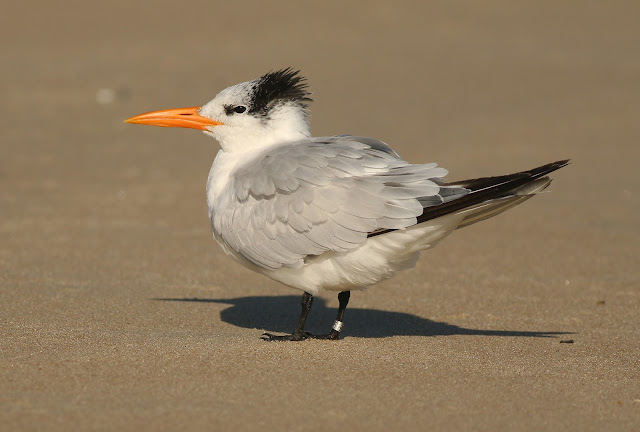 After realising the bird was ringed (just a metal, no darvic), I decided to try and photograph it from as many angles as possible in the hope I could put together its combination on the laptop later. To be honest I didn't expect it to work - the chances of the bird taking flight, of me missing a couple of digits, or of too many obstructions in the way of the camera were high, but remarkably (and in no small part thanks to the aforementioned gulls) the bird was amazingly accommodating, even reacting perfectly to a little shepherding so I could change the angle on the ring. 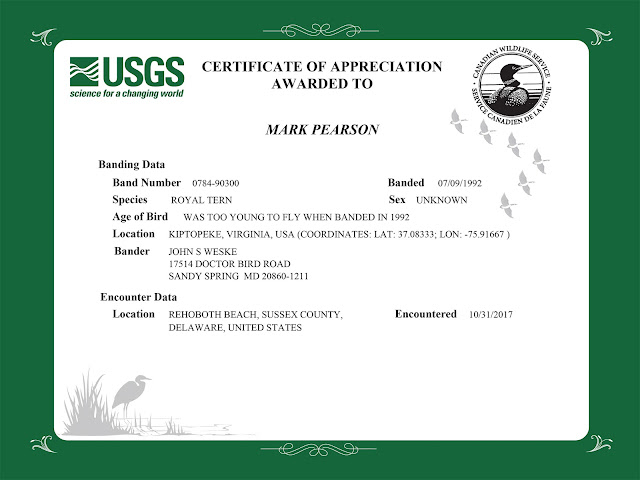 It's been a while since I'd submitted the details so i'd all but forgotten about it, but I've just received an email back from the North American Bird Banding Program (see below) - and remarkably, the bird in question was ringed down the coast (in Virginia) in the nest in 1992 - making it over 25 years old! A quick search online reveals this species longevity record to be 30, so while this individual may not be a record breaker, its still an amazing story: Nevermind was less than a year old, Automatic For The People was still a few months away, and just like this bird, it was the summer I moved out of my shitty small-time seaside town into the big bad world.... 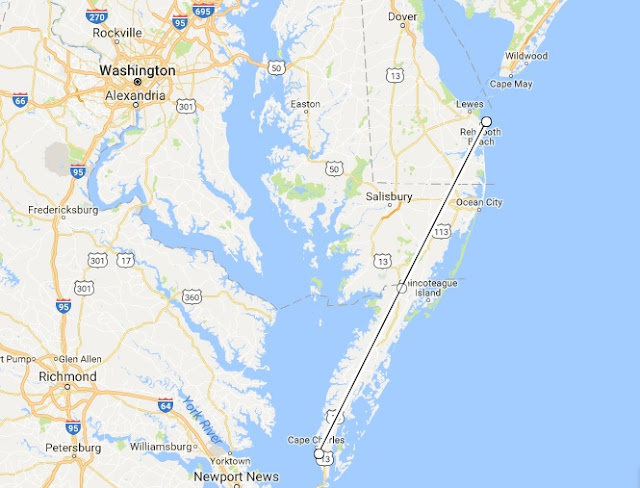 .... how appropriate, then, that 25 years later we should both find ourselves back in small-time seaside towns just a little further north than those we'd fled.... 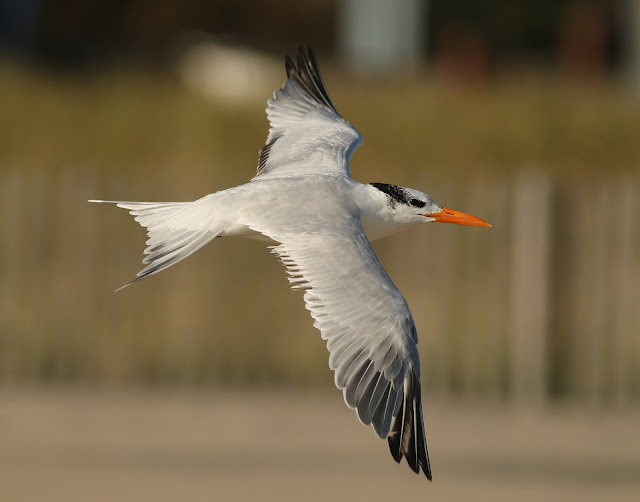 Posted by Mark James Pearson at 16:20