A Kite's -eye view of the local patch

Back in August, I was lucky enough to gain access to the roof of one of the three tower blocks that overshadow Stoke Newington Reservoirs, a place I've probably spent more hours at than I've spent sleeping. Fascinating to get the same view of our inner London oasis as the multitudes of migrants, of all denominations, we've hit and missed over the years.

Posted by Mark James Pearson at 00:04

One of those unique avian-related experiences that it's hard to turn down, and hard to beat... I had the golden opportunity to spend pre-dawn til late morning on the very top of Tower 42, aka the former NatWest Tower, and the tallest building in the city.

We were test-driving visible migration-watching from this most teetering and exposed of rooftops, in the name of a mini-documentary for the good people of Birdguides.

Setting off from Mother Hackney shortly after 5 a.m., I met up with the rest of the team, up we ascended. Two very brief, sci-fi-esque elevator rides later and we were close to the summit; but the final push was more colourful than expected - through tiny window-less storerooms, up narrow spiral staircases, through floors of growling generators, fiery furnaces and snakes of cables and pipes, and finally up two precarious vertical ladders.

We made up on the roof well before dawn, and Lord, what a sight to behold. Avoiding satellite dishes, huge ventilation shafts, aerials and various other trip hazards, we were looking down at the Gherkin to our immediate east, and further to Canary Wharf and Dartford; to the west, the BT Tower; to the south-west, the London Eye; to the north-west, Alexandra Palce and Hampstead Heath; to the north, Abney Park Cemetery and Stoke Newington Reservoirs; and to the north-east, Walthamstow Reservoirs and Epping forest.

Pre-dawn and London looked dramatic; post-dawnstill dramatic, but the thick, grey Dickensian cloud partially enveloped much of the panorama. Bad timing for our experiment, especially with clear, sunny mornings (and good visible migration) before and after.... still, we picked up a few parties of Woodpigeons (totalling 250), a Little Egret flying over Walthamstow Reservoirs (!), a Peregrine over the Barbican, and two Great Black-backed Gulls over Hackney Marshes (a borough first for the autumn).

Of real interest was the perspective provided from such a great height, bang in the middle of the city - from a migrant's point of view, the 'green island' attraction of various London sites was obvious. And the lasting impression from the session was one of enormous potential - given the right conditions, sky-watching here (particularly for raptors in the spring) could well make for an exciting study. 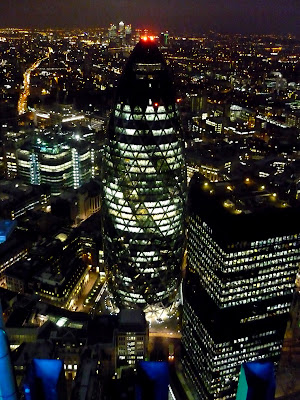 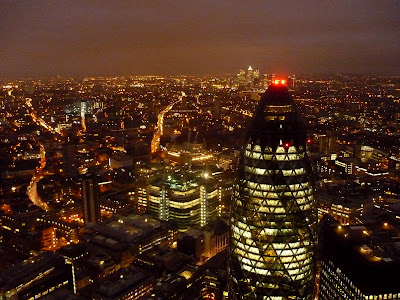 East, with Canary Wharf on the skyline 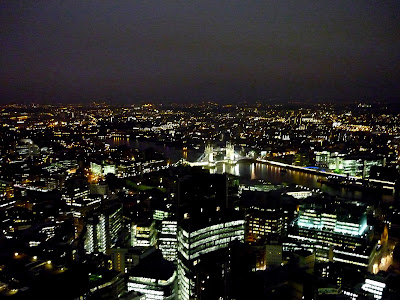 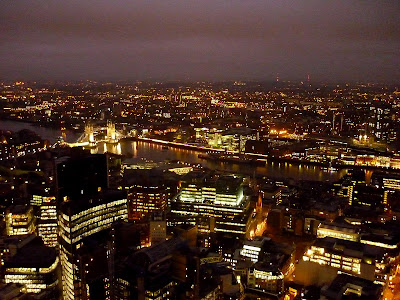 South-east, with Tower Bridge and the river 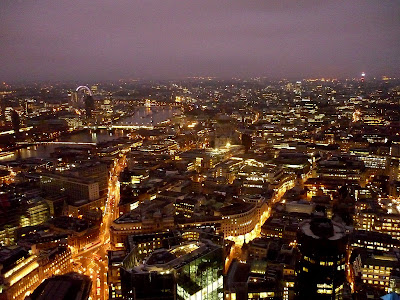 South-west and West, with the London Eye (both photos) and the BT Tower to the right, above) 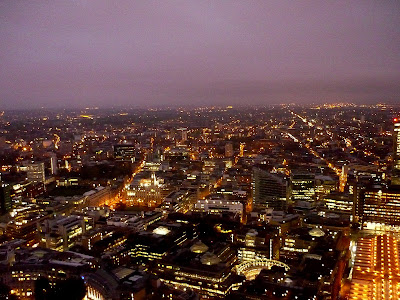 North, with Emirates stadium glowing left of centre, the A10 illuminated right of centre, and Liverpool St station in the bottom right-hand corner 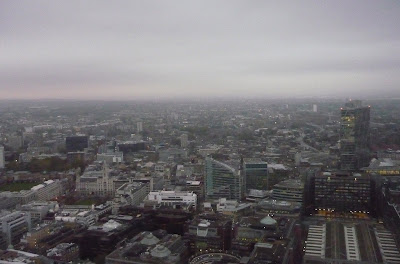 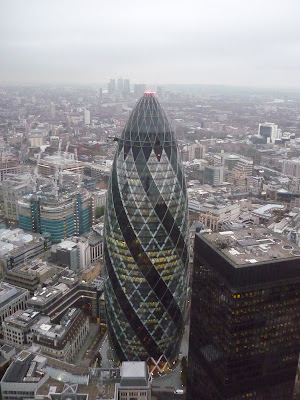 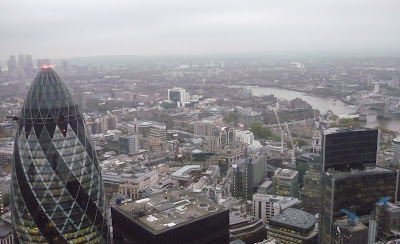 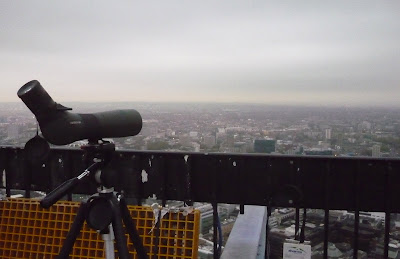 with the 60x zoom focused on Banbury Reservoir, well up the Lea Valley
Posted by Mark James Pearson at 23:08 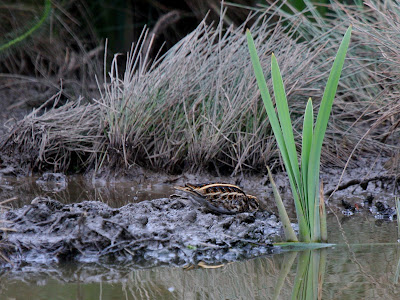 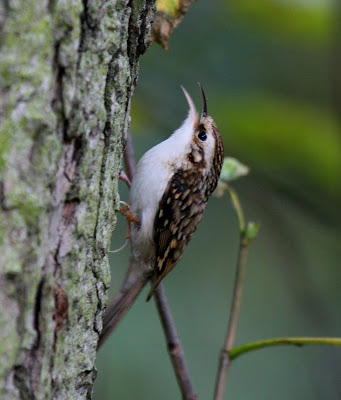 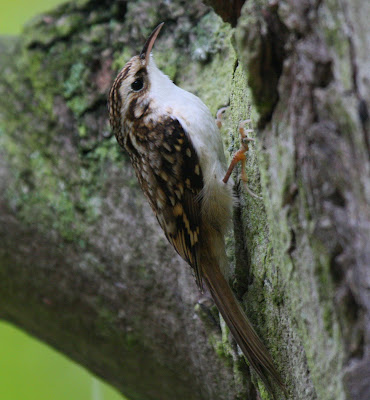 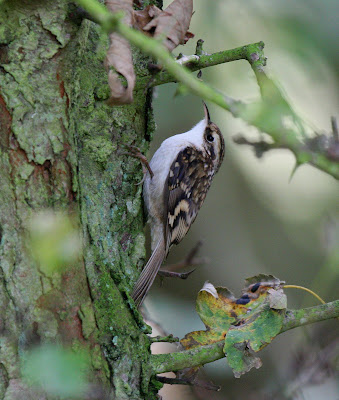 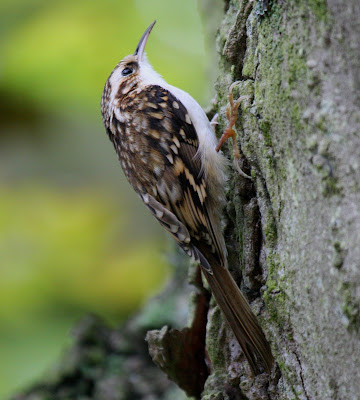 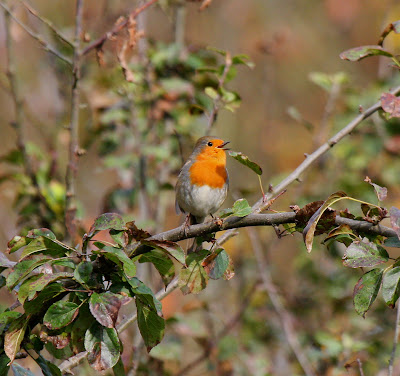 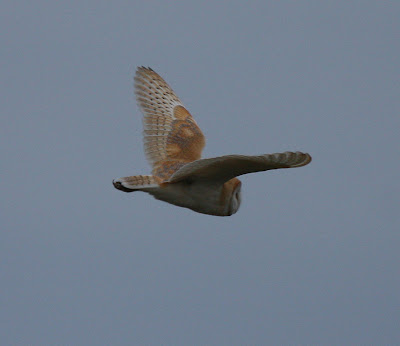 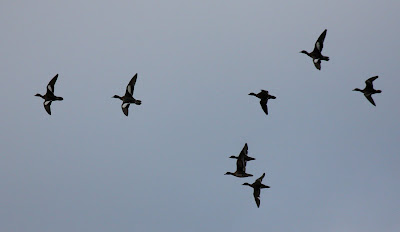 A fourth and final coastal soiree for autumn 2009 - after several days at Flamborough in early Sep, Portland mid-Sep, St. Agnes for two weeks up until mid Oct - and a final roll of the die for a dramatic fall or a grade-A self-find. Dream on (until 2010 - and escaping western Europe several times at least)....

A few regulation bits and pieces - Snow and Lapland Buntings, late warblers, limited skua and shearwater movements on the sea, a confiding Jack Snipe at Head Farm, trapped Firecrest and Brambling in the gardens - were somewhat meagre returns for south-easterlies in mid-Oct on the cape. Just don't mention the Radde's just before, Dusky just after, and Bluetail up the road at Bempton the following day....

Posted by Mark James Pearson at 21:52 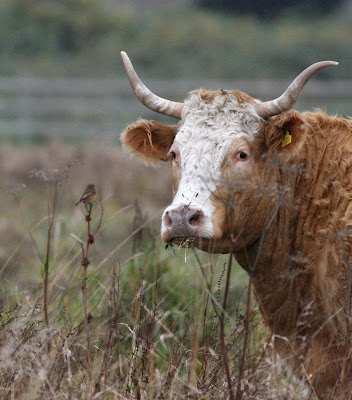 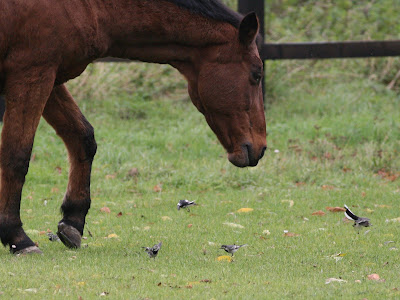 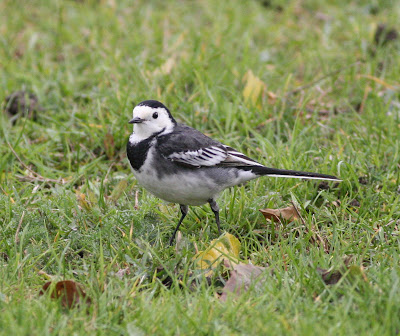 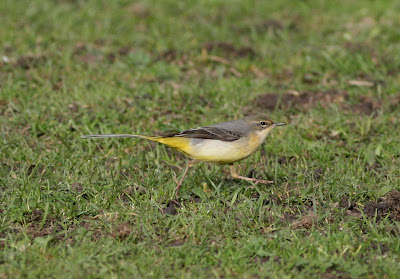 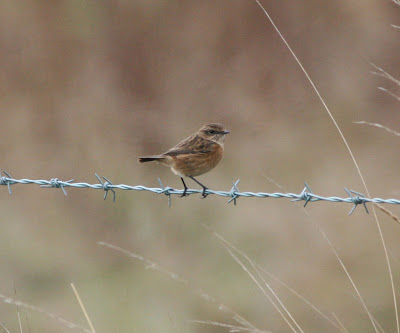 A detour across the marsh after a visible migration session on Wilson's Hill (just over the border in Springfield Park, Hackney), with four Stonechats and a small flock of Meadow Pipits in their favoured spot, and lots of wagtails and finches around the stables. I don't make it over onto the marsh anywhere near as much as I used to, and these days it's criminally under-watched - it's a crime to see such a promising place almost ignored in such an urban area....

....especially with a proven track record in the past. I covered the marshes regularly during 2007 especially, and it paid out with Stone-curlew, Ring Ouzel, Marsh Harrier, Turtle Dove and Jack Snipe amongst others. It'll come as no surprise when somebody prepared to put the time in stumbles upon a Lesser Grey Shrike or a Richard's Pipit one of these days.

Posted by Mark James Pearson at 20:25