A few notices for those with a little time on their hands (caution: features scenes of flagrant self-publicity) -

Part one of my Autumn Birding in Filey series for Birdguides, just published here

My review of Tracks and Signs of the Animals and Birds of Britain and Europe for the excellent Birding Frontiers website, just published here

And while we're here, we've just confirmed several upcoming performances, including our traditional festive London show - this year at the Railway Tavern in Dalston on Friday the 13th December - find out more here 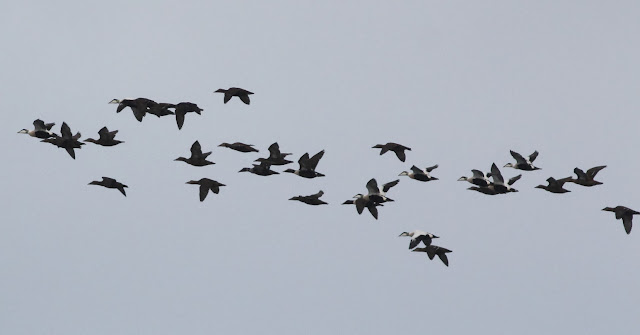 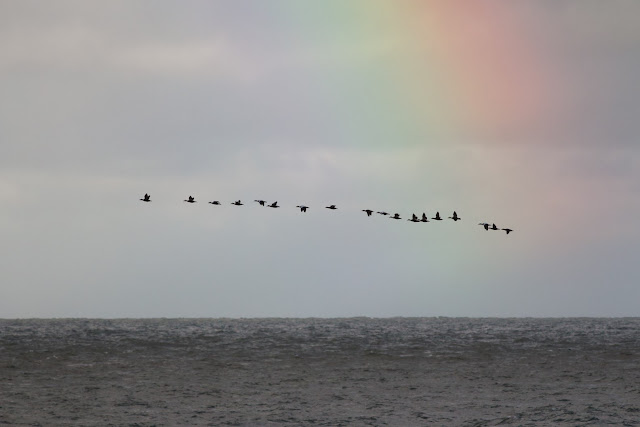 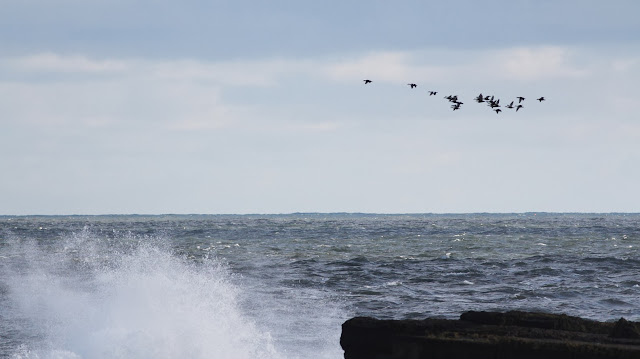 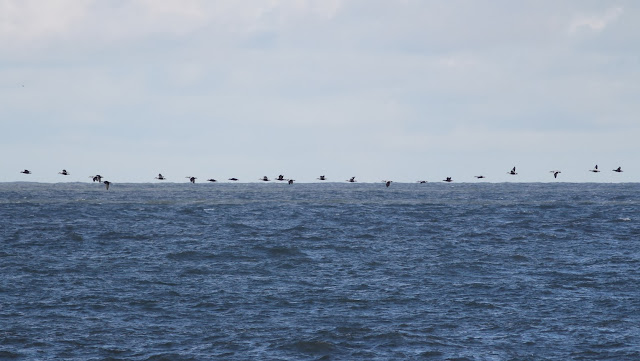 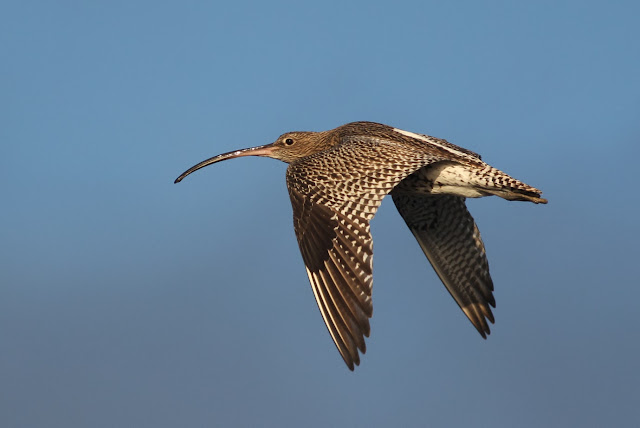 A close shave with a Red-throat 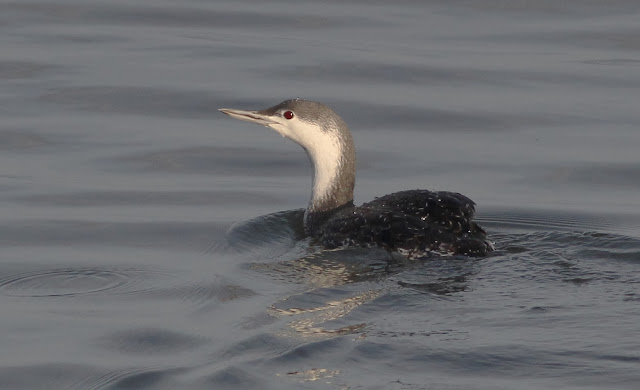 Daily scans of the bay continue, and although it's been pretty standard fare of late, this Red-throated Diver appeared briefly just under the sea wall yesterday afternoon. 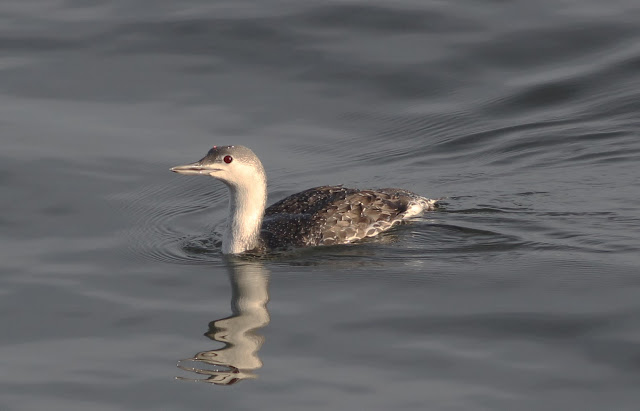 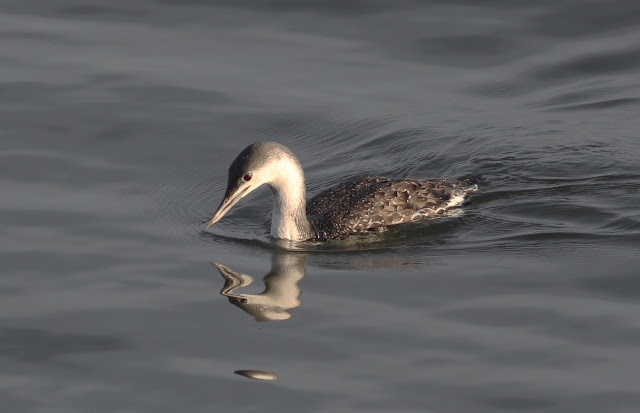 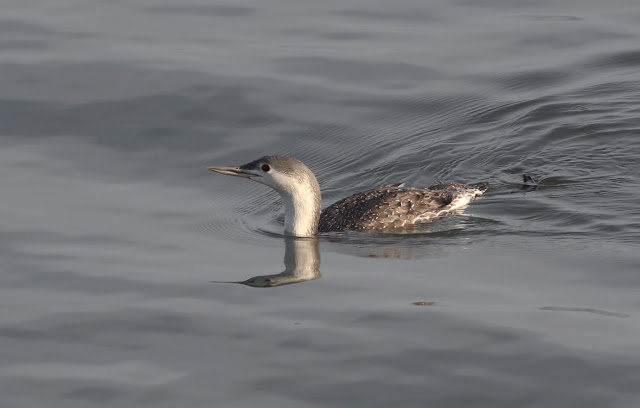 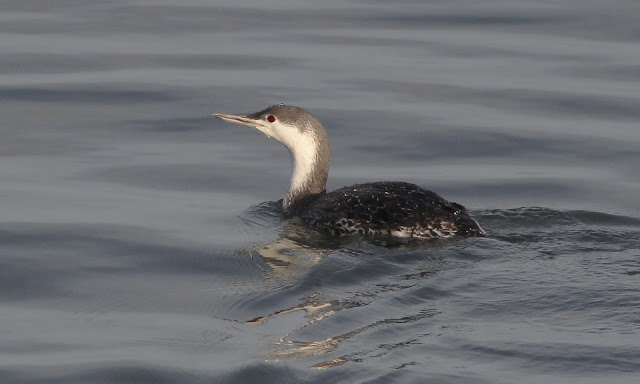 Posted by Mark James Pearson at 15:55


A relatively quiet period, but for several notable exceptions. The first week of the month was unremarkable, but by the 7th, the Purple Sandpiper flock was up to 15 and two Woodcocks came in over the sea in the afternoon sunshine. The following day, and another wander out onto the Brigg via the bay in mild, dull conditions produced a short-staying female Long-tailed Duck close inshore; the same route on the 10th provided single Whooper Swan and Great Northern Diver out on the waves and a Bonxie in off and over the country park.


Opening the curtains on the morning of the 11th, the dark skies were filled with the low-level, undulating flights of numerous Blackbirds arriving in off the sea and randomly searching for places to put down (including rooftops); after fifteen minutes there was still no let-up, and clearly something special was happening. Counts from the window, the seafront, the Dams / East Lea and from others on Carr Naze put the day total at an exceptional 8,500, and they were still arriving as the last of the light faded.

The bay is increasingly full of promise, and with diminishing returns elsewhere locally, I'll be checking it most (if not every) day. There's a permanent presence of e.g. Great Crested Grebes (up to 15 this week) and Red-throated Divers, and wildfowl species and numbers change daily - in the last few days I've had Common Scoter (up to 150 this week), Goldeneye (up to 14), Mallard, Wigeon, Teal, Gadwall, Red-breasted Merganser, Eider, and Long-tailed Duck, and there's the capacity for plenty more action.


Stop press..... while writing up this post and gazing out of the window, I just had the pleasure of a Hawfinch flying low and north - a class house tick and a personal first for the patch.

Posted by Mark James Pearson at 13:42

Long-tailed Duck off the Brigg 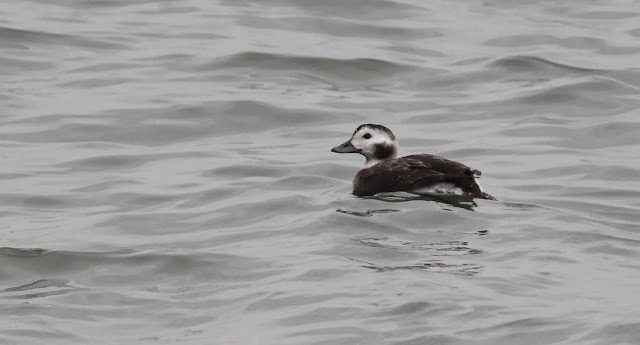 Continuing the theme of winter beach walk bonuses (expect this one to run and run), another saunter along the bay and out onto the Brigg this afternoon produced an unexpected bonus in the shape of this Long-tailed Duck, feeding close inshore by the rocks. 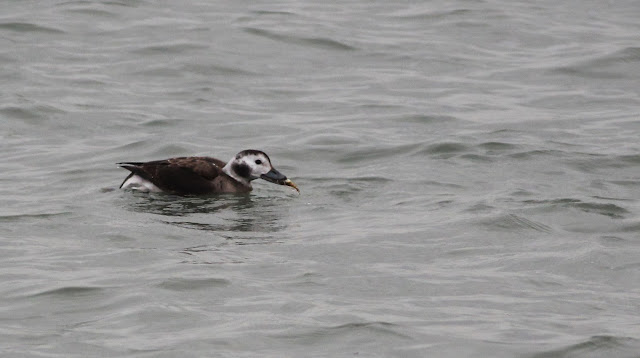 Mild, dull and overcast conditions made for not-great photo opps, but with a nice assembly of waders to enjoy and less and less people around by the day, no complaints. 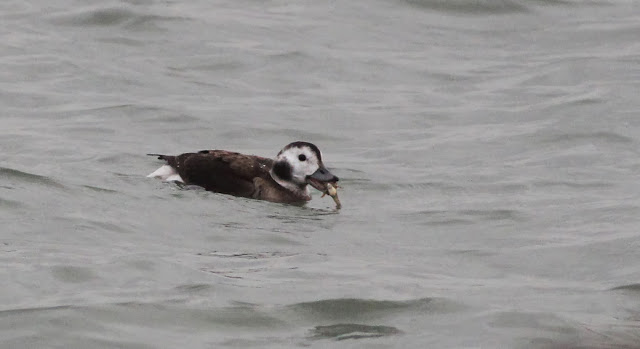 Posted by Mark James Pearson at 19:37 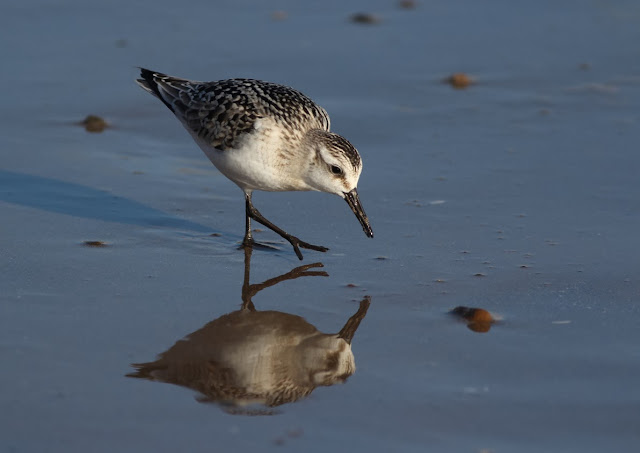 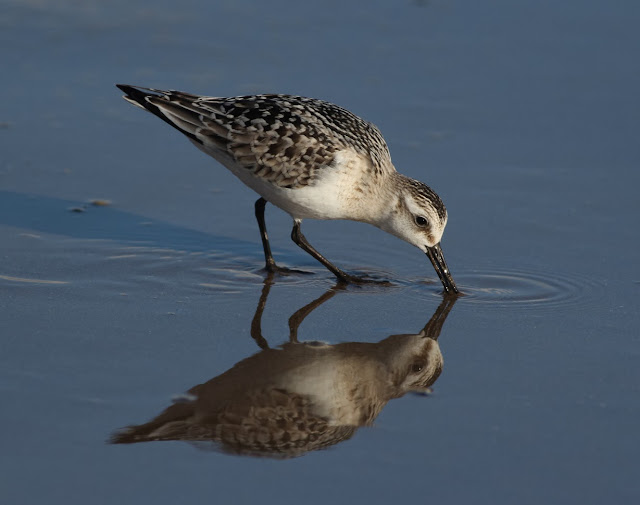 We had the pleasure of extremely close encounters with these Sanderlings on the beach the other day (about ten minutes walk from the house), feeding pretty much around our feet and making long lens photography somewhat challenging.... otherwise known as wheelies (by Amity), they're yet another reason why living here in the provinces is a privilege not wasted on us. 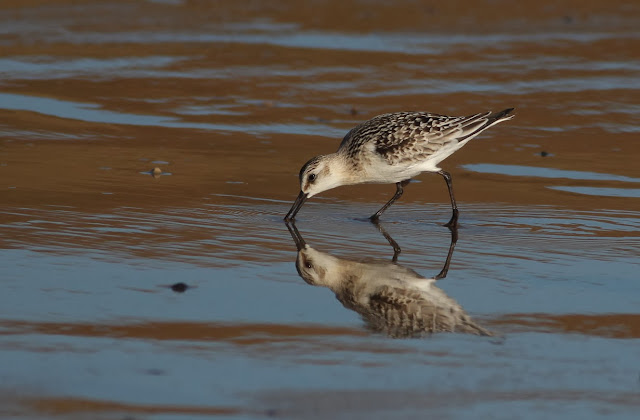 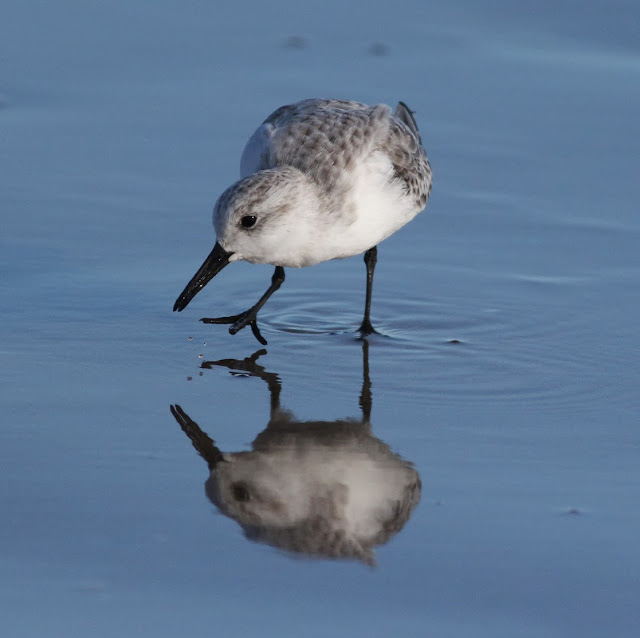 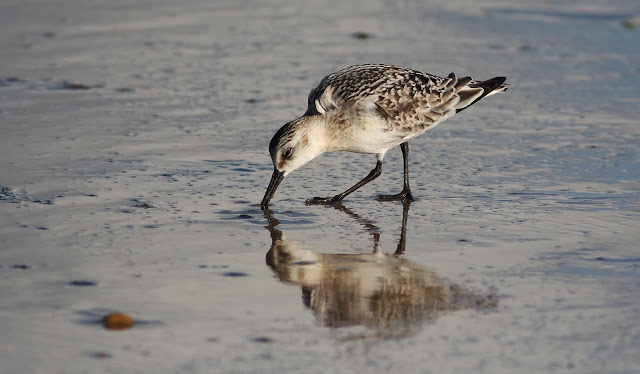 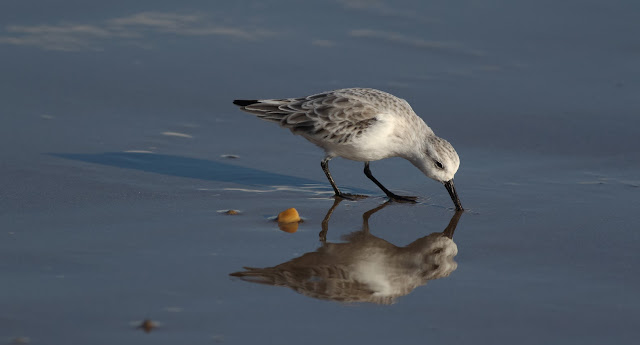 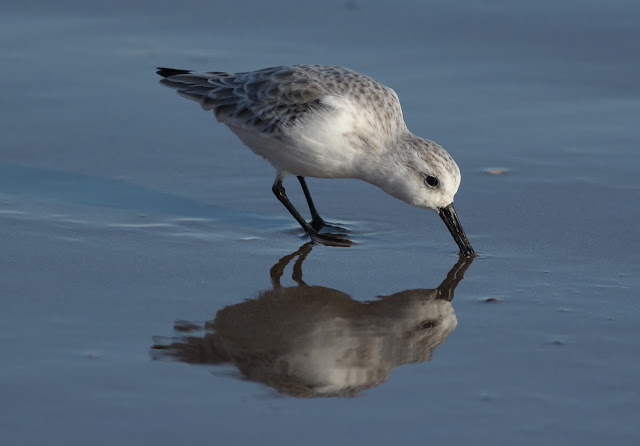 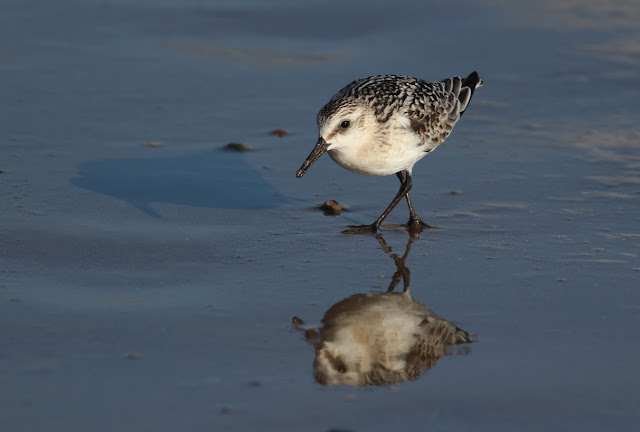 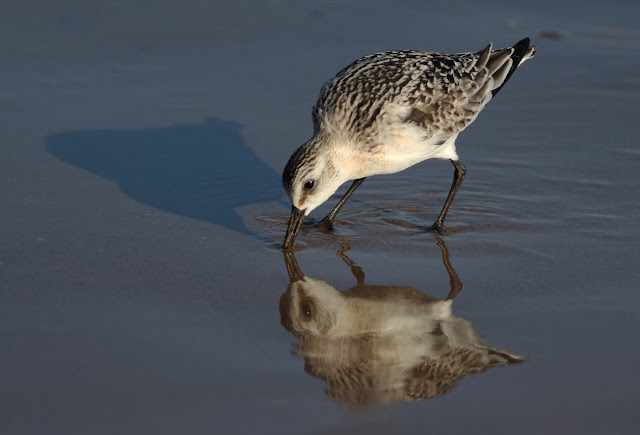 Posted by Mark James Pearson at 13:41 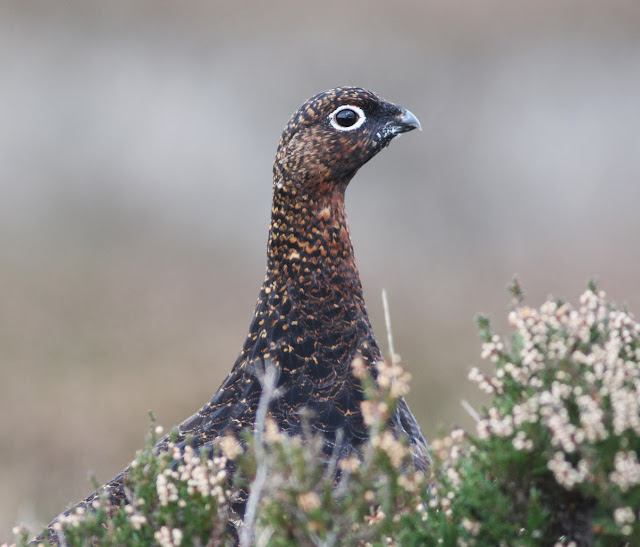 A very pleasant jolly out onto the moors the other day with the Mrs and the old man, specifically to Bransdale - a especially stunning and relatively peaceful part of the North York Moors National Park.

It's been a long time since I was last there - perhaps ten years or more - and I don't remember it being so beautiful and picturesque; a perfect setting to enjoy the many resident, characterful and impressively suited and booted Red Grouse. 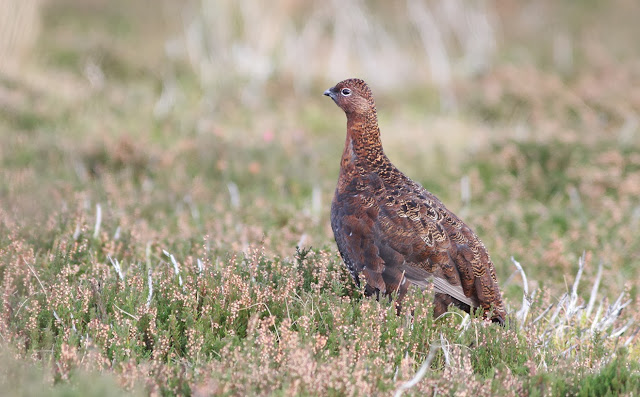 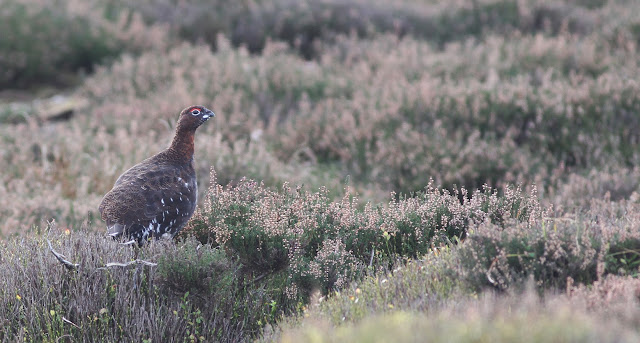 P.s. - really enjoyed this tasty piece of satire from Peter (Alfrey), relating the fantasy of awards and their sponsors to the reality of his local conservation apocalypse .... 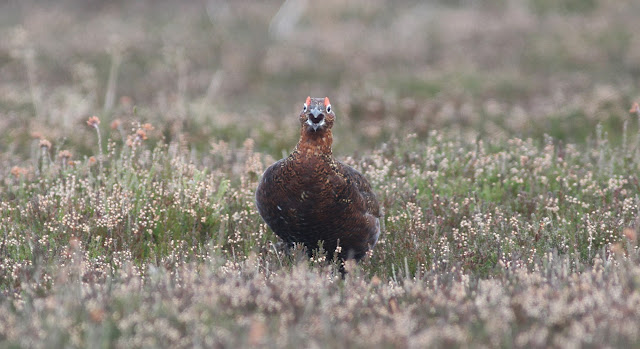 Posted by Mark James Pearson at 20:46