It's that time of year already (as if there was any intervening time to pause for breath this summer) - waders are flooding through, over both land and sea, and leaving the latter for another time soon, our modest but magnetic local freshwater reserve of Filey Dams has been the place to be over the last week.


Within that period, we've clocked an excellent thirteen wader species there, with each day (and sometimes each hour) bringing a changing of the guard. It all kicked off on the 24th, when an early morning session in the murk was looking quiet, until three Avocets, three Ruff and 56 Lapwing materialised from nowhere.


Since then, we've spent an unhealthy amount of time hogging the hides, often for several sessions a day, and it's been a joy. Ruffs have peaked at seven, Wood, Green and Common Sandpipers have all peaked at five (but with plenty more involved), Lapwing flocks have been almost omnipresent, with stunningly decked-out Black-tailed Godwits, increasing bands of Dunlins, plus Greenshanks Redshanks, Common Snipe, Whimbrel and Curlew all on the board.


Perhaps the best day so far was yesterday, when thunderstorms hit suddenly and hard, magically depositing a a multi-species flock - from Dunlins to Greenshanks - right in front of the hide. And it's only just begun..... 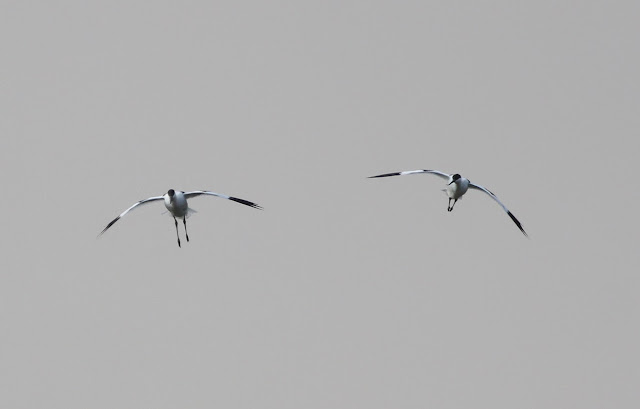 The last of the whales

....for now at least, as other commitments take priority and sea / weather conditions deteriorate here at Filey (there are still odd Minkes out there, but optimum conditions have passed, at least for the time being). An amazing week or so, to be fully summarised here and elsewhere soon; for now though, photos from, and of, my preferred watchpoint on the end of Carr Naze on the Brigg. There were few places I'd rather have been. 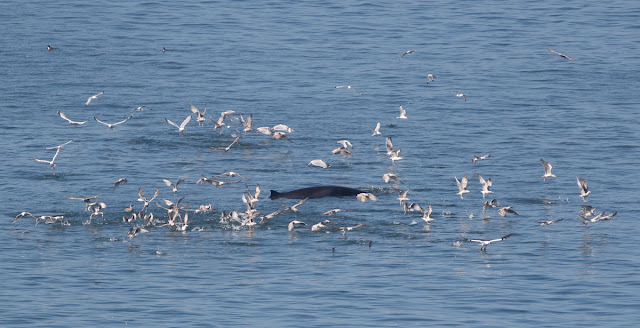 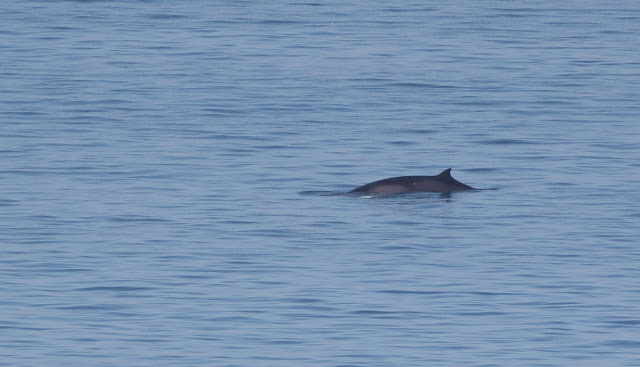 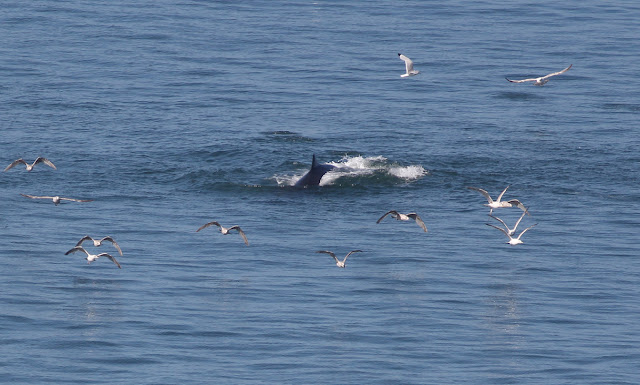 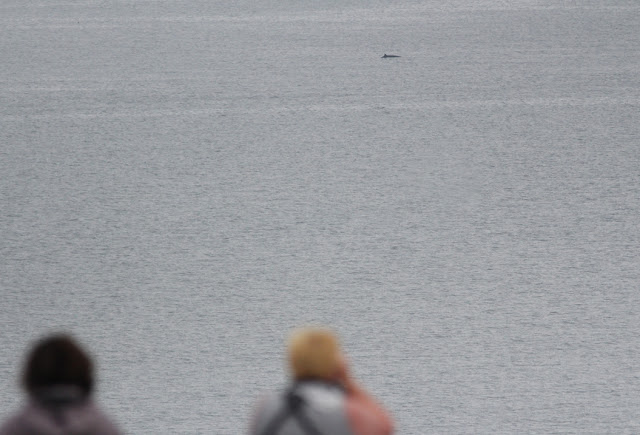 Posted by Mark James Pearson at 11:34 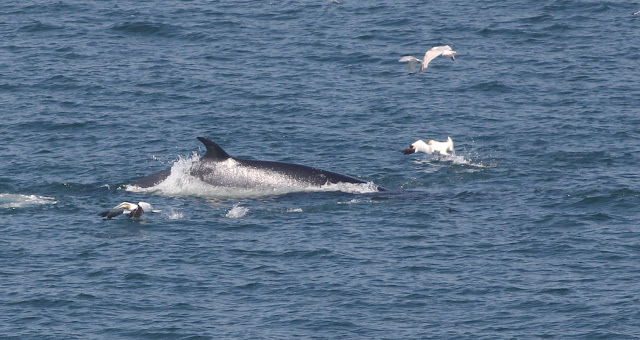 Or, rather, whales, once again.... another unforgettable day here at Filey, the third in a row that's involved being in the company of multiple Minke Whales just beyond our particularly beautiful stretch of the North Yorkshire coast. 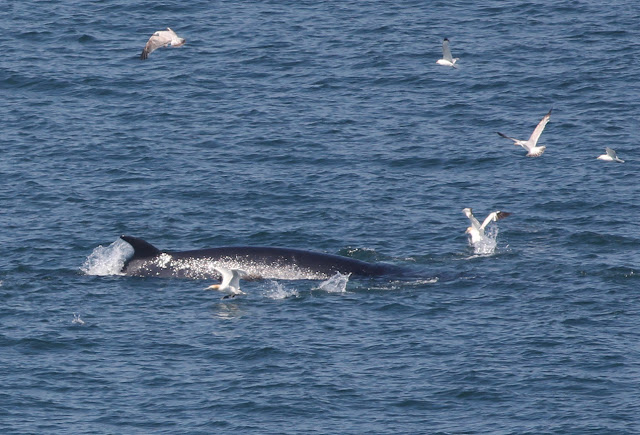 Events over these last few days have been remarkable, and it's hard to believe we're actually getting used to having whales knocking about right on our doorstep. A more detailed summary of our cetacean stars to follow soon, but for now, a few shots of a particularly accommodating individual from this afternoon. 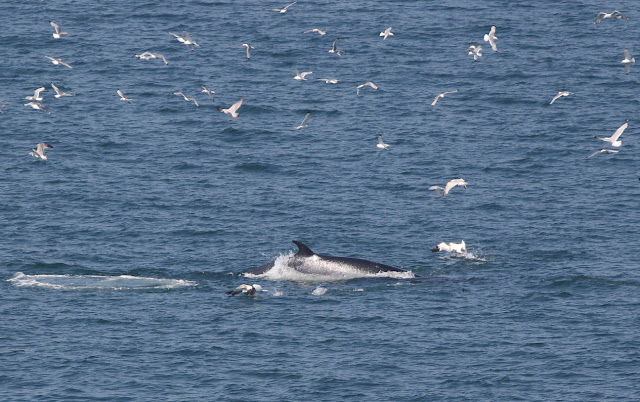 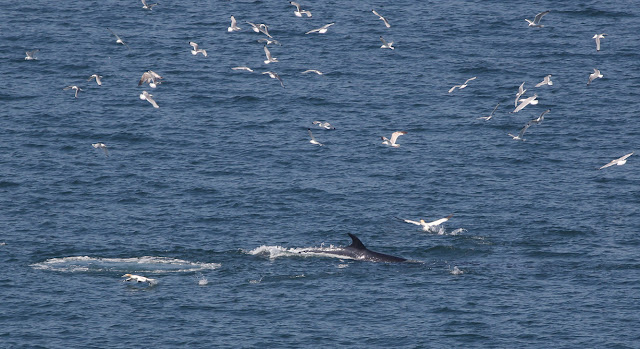 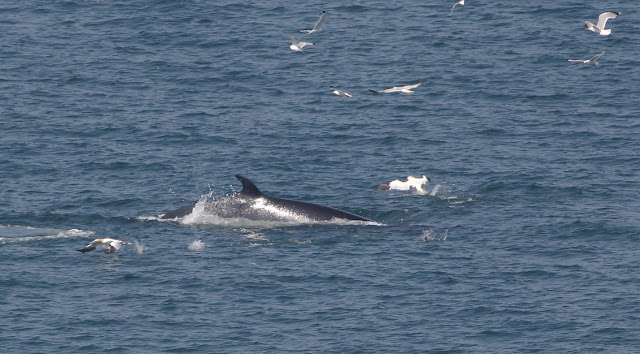 Posted by Mark James Pearson at 21:14 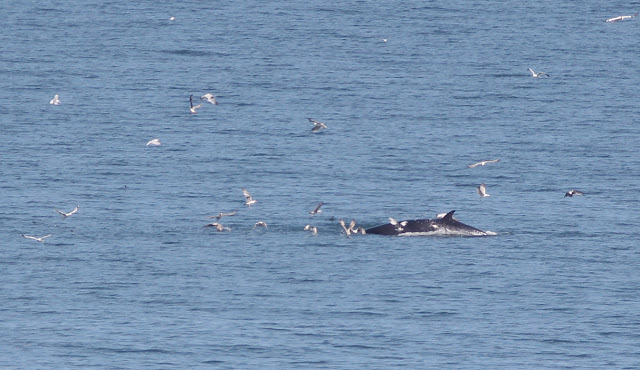 It's turning out to be quite a summer for whales here on the Yorkshire coast, and today's cetacean spectacle was one to remember for a long time. Sightings of one or two Minke Whales have been pleasingly regular over the last ten days or so, stretching back to the ones just off Whitby harbour we were lucky enough to have the company of on the 6th; since then, we've had singles off the Brigg here at Filey on most days since, and other watchpoints to the north of us have also registered odd sightings. 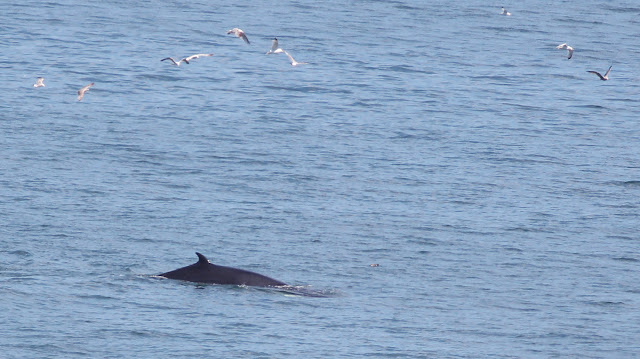 A couple of days ago, one was sadly found dead on the beach at South Bay, Scarborough, prompting fears that 'our' whale had tragically succumbed to entanglement in crab and lobster pot lines. Tragic indeed, but we'd a strong suspicion there were actually various individuals patrolling our stretch of the coast. 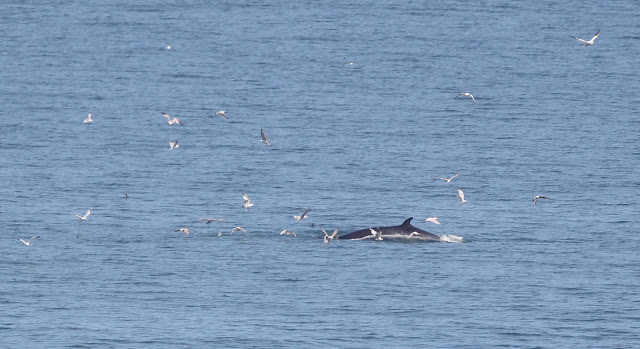 Come this morning, and with a calm North Sea bathed in warm sunshine, we watched, and steadily picked up whales in different directions and at different distances.... half an hour's co-ordinated effort by four of us, scanning together from the top of Carr Naze, produced a minimum of six Minkes simultaneously gracing Filey's inshore waters, and I don't think any of us would be too surprised if there turned out to be a dozen out there. Magical. 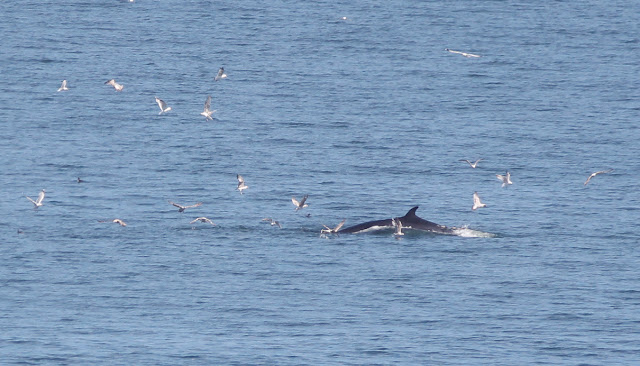 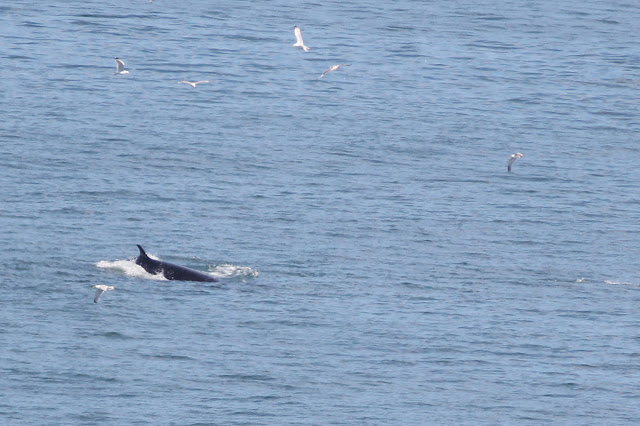 Posted by Mark James Pearson at 15:07 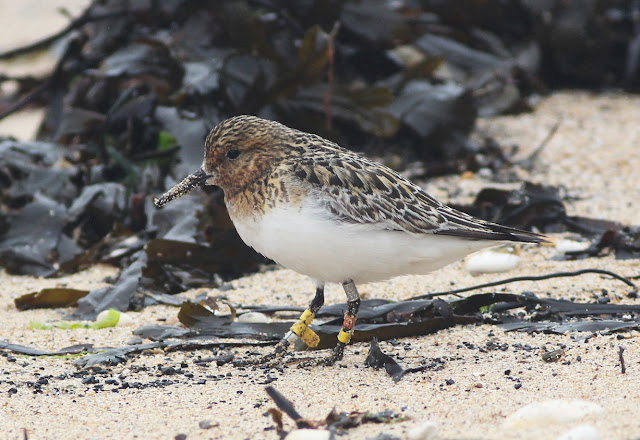 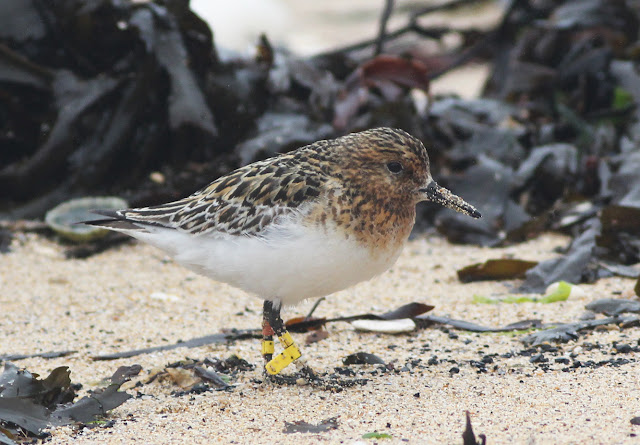 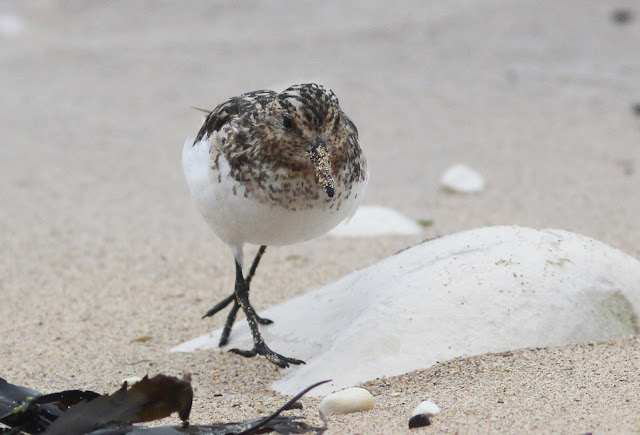 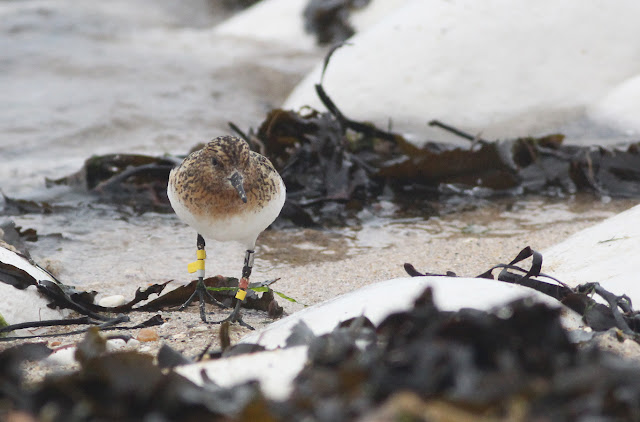 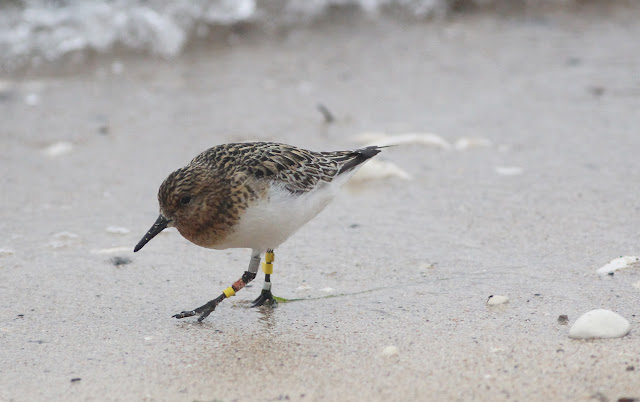 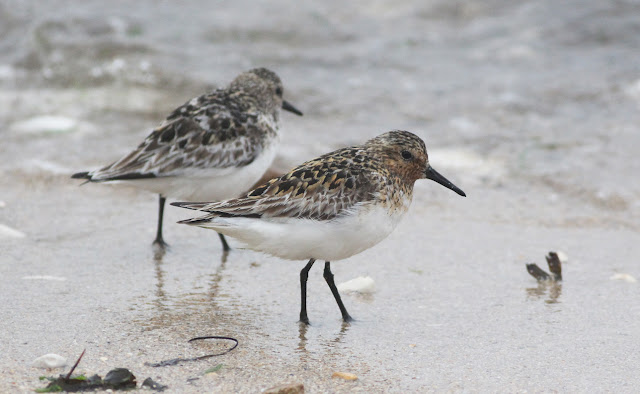 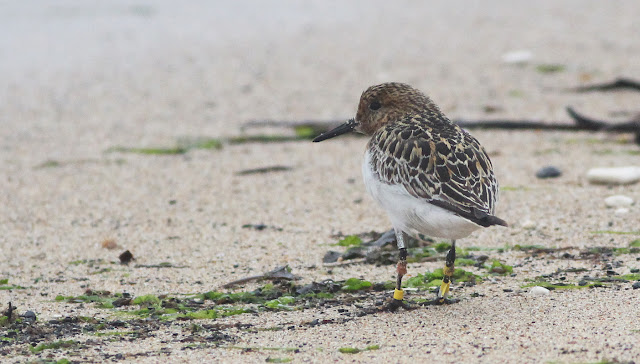