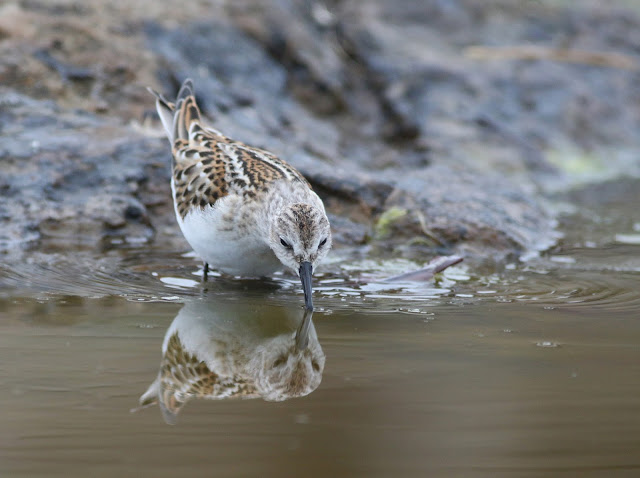 More extensive summaries to follow, but for now, a few shots from another magical experience on the Brigg (wonder how many times I've said that over the last three years or so?). It's the time of year when wader passage is reaching its most dynamic, and it's more than possible to see twenty species in our (comparatively tiny) recording area presently; but for the sheer child-like thrill of having a pristine shorebird from the tundra trotting around one's feet - to the point where, for long periods, photography is pointless, with the bird within touching distance - there's nowhere quite like the Brigg. 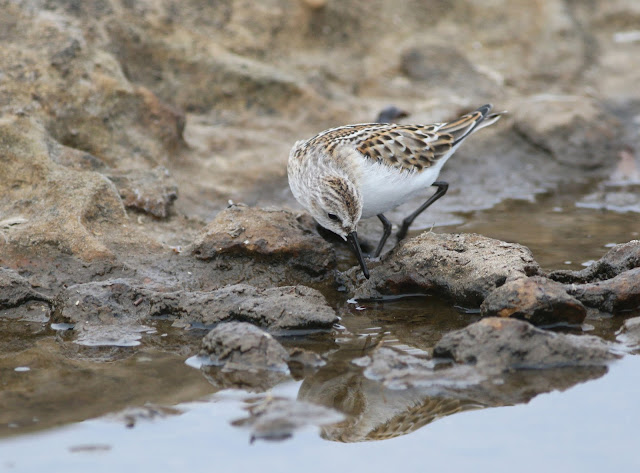 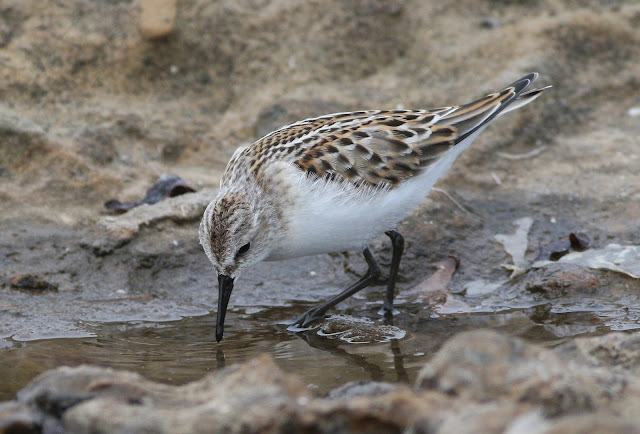 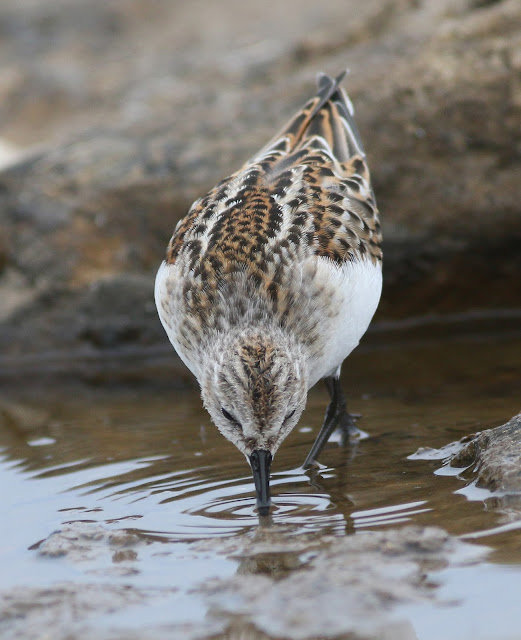 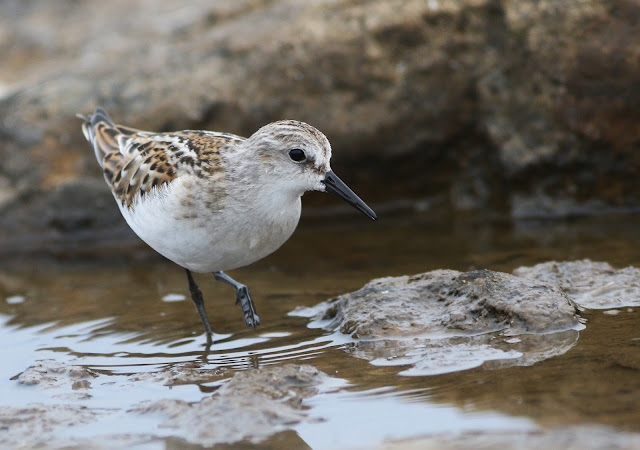 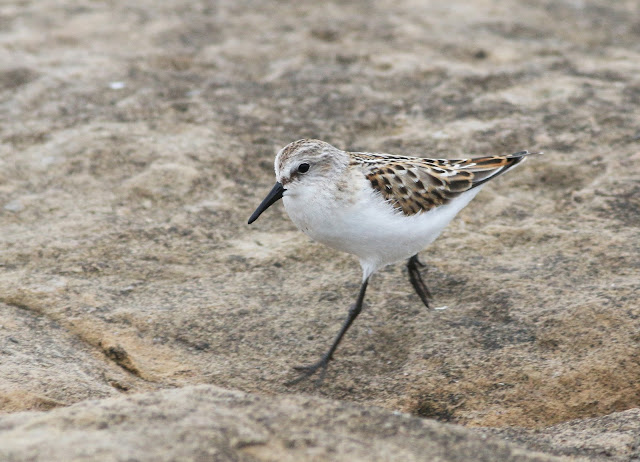 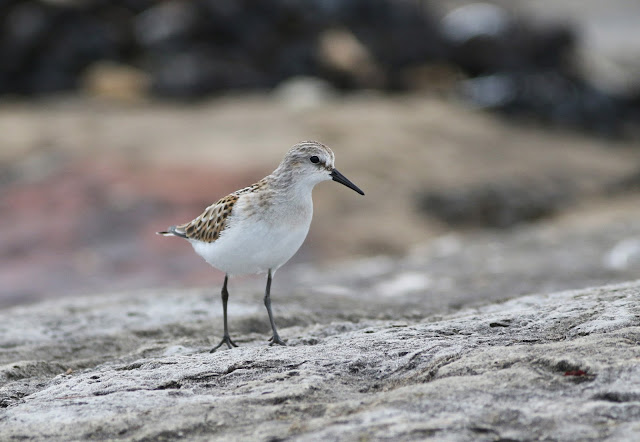 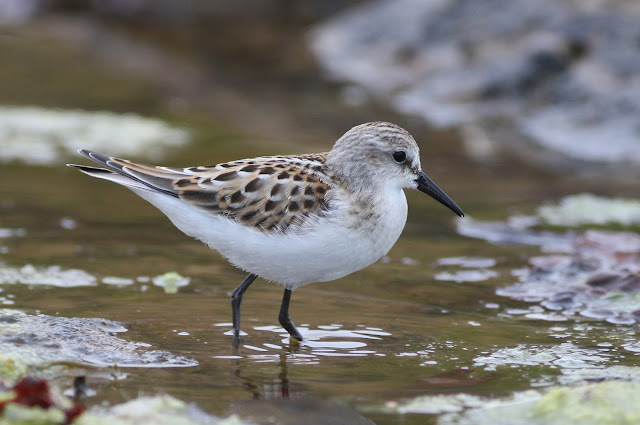 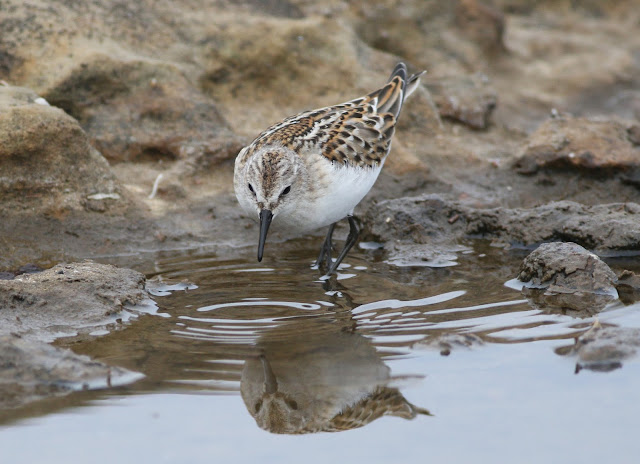 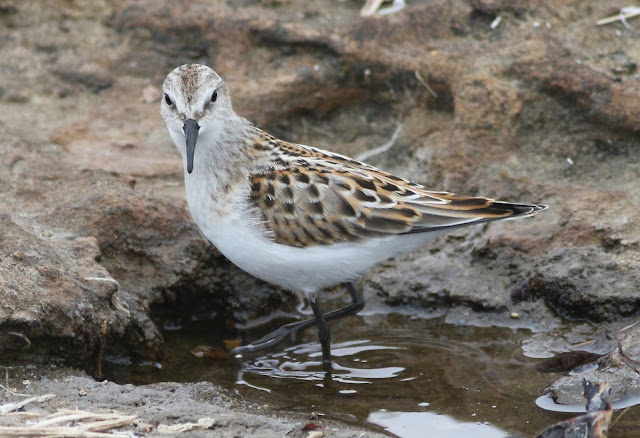 Posted by Mark James Pearson at 13:20

Back on the radar


Well, it's been a while, hasn't it? As longer-term viewers are doubtless aware, there's something of the ebb and flow involved in upkeeping these bulletins, and after a relatively flowing spring and summer it's been a rather more ebbing August. Touchingly, the radio silence has inspired various messages of concern and encouragement (thanks folks!), but it's nothing beyond a combination of the above and circumstances / priorities taking necessary precedence.


By way of explanation, it's all down to a lack of time. On top of working a lot of late (no complaints, mind, especially as it involves being in the field all day), I'm presently studying for a BSc, and on top of that, as per usual I've spent as much time hammering the patch as I can get away with, without inspiring either cardiac arrest or divorce (the former thankfully much closer than the latter, at least as far as I'm aware). On top of that, for several years now I've been heavily and happily involved in Filey Bird Observatory, and one of the various roles I'm responsible for is the group's online presence, including the website.


Arguably the most important (and unarguably the most time-consuming) aspect of the site is the latest sightings section, which I update regularly (most days or every day during busy times, every few days in quieter periods). As wardens, recorders etc. at other observatories and groups will attest, it's quite a job if you want to do it properly and maintain a high but accessible standard - a couple of paragraphs and photos may look like a cosy five minute's work, but collating, writing and editing actually account for between half an hour and an hour each time (sometimes more); and after long sessions in the field / working / studying, those couple of hours before falling asleep become increasingly precious, especially during migration seasons. Hence, something has to give, and as a lesser priority, it's often the content on these here pages.


On top of that, it's been a very productive couple of weeks birding here on the patch, and finding and enjoying birds remains somewhat more of a thrill than writing about or editing photos of them.... but, as of now, I hope to be posting with a much-increased regularity, beginning with summaries of August, within a day or two. Watch this space.... 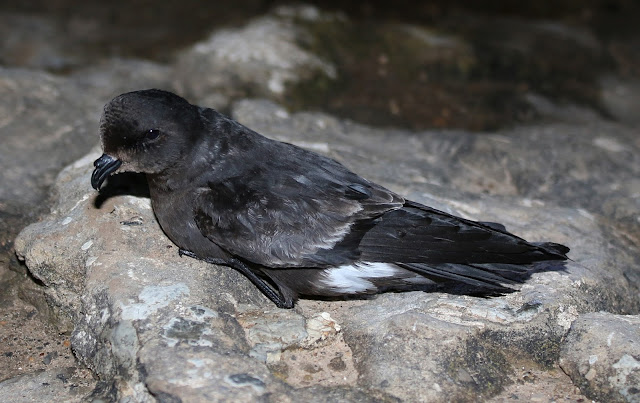 It's 3 a.m on a Saturday night / Sunday morning here in a typically sleepy Filey, and I've just returned from another joy of a day in my neighbourhood. Not that it's been particularly effort-filled; indeed, after staying up til 3 a.m last night in order to hit an assignment deadline and a subsequent late start, unusually it was a day without birding until well into the afternoon. 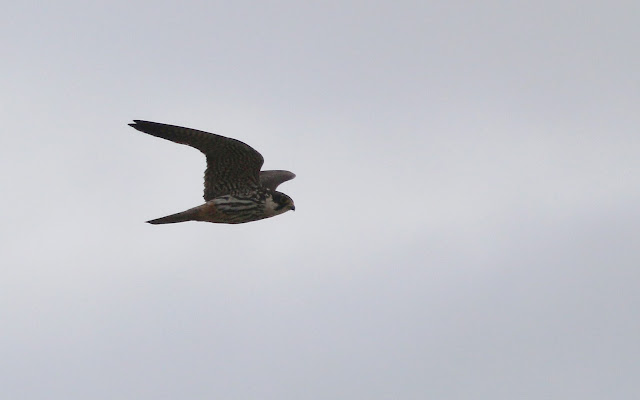 With heavy showers forecast (and arriving on cue), comrade Dan and I decided on a stakeout of our local wetlands - the Dams and East Lea - in the hope of grounded waders by mid-p.m.; not much joy except for Green and Common Sandpipers, a few Lapwings, Curlew and Snipe, but a very smart Hobby at East Lea more than compensated. 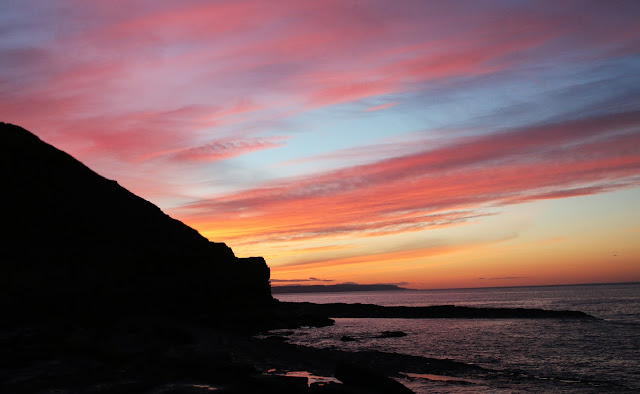 From there, back for a brief dinner and then onto the Brigg. A mild and pleasant evening saw us lugging down the required gear for an attempt at storm-petreling after dark, but not before a brief and relaxed sea-watch - which, with effectively nothing on the move, still provided a close-in Bonxie on the sea, a particularly zealous Arctic Skua harrying Kitiwakes and a Little Egret lolloping south over the sea. 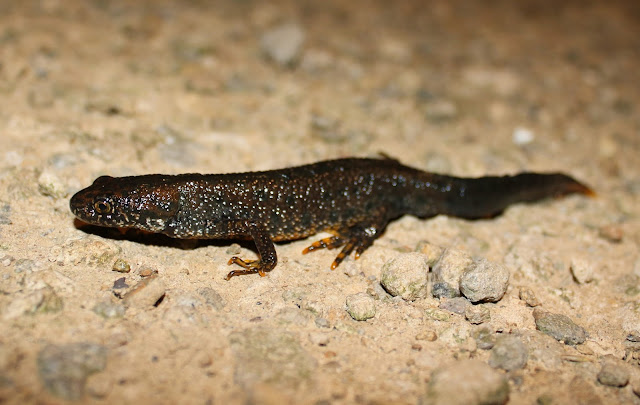 As dusk fell, we set up the nets and prepared the sound system in the hope of attracting our quarry towards the plateau at the base of the Brigg, by the sea-watching hide. Summer-plumage Knot and Turnstones, a beautiful sunset and patrolling Common Pipistrelles kept us company until darkness finally descended, and at 2308, success, despite often dazzlingly bright moonlight; another two birds buzzed the nets and subsequently disappeared, but it was mission accomplished with the first Stormy of the year trapped, ringed and released. 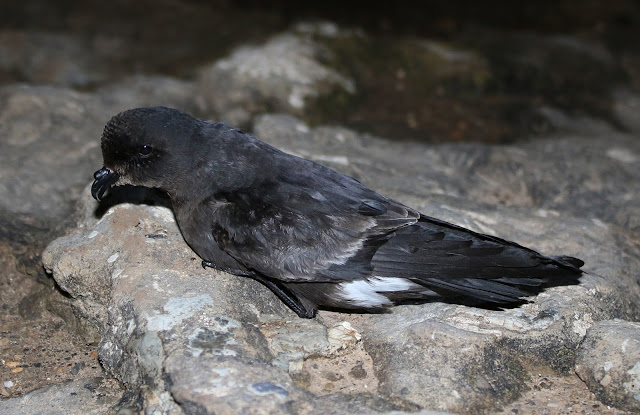 Carting the gear back up the slope, the path was littered with toads and Great Crested Newts, doing their nocturnal thing. 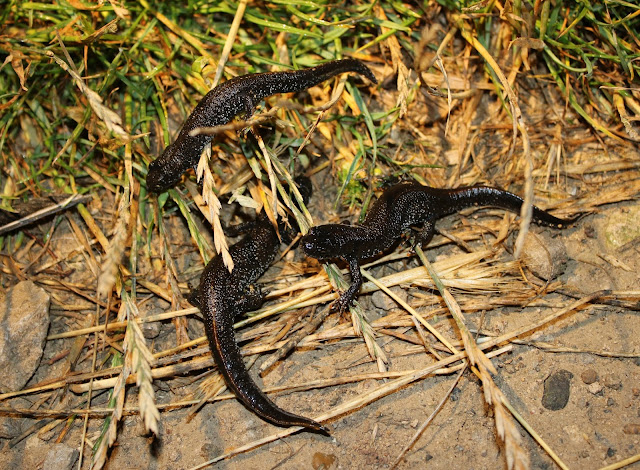 Just another day here in Filey, and yet, what a privilege.

Posted by Mark James Pearson at 03:08