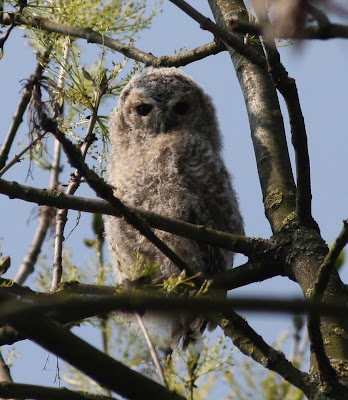 A dreaded sunny day, so I met them at the cemetery gates. Them being a small group of Hackneyites involved in a local environmental project, and well deserving of an introduction to Abney's birdlife. Warm sunshine, blossom and butterflies everywhere (predominantly Orange-tips and Speckled Woods), and plenty of birds to entertain, most of which in the throes of breeding activity; Blackcaps and Stock Doves being particularly numerous, with the leucistic individual of the latter species attending a nest hole. 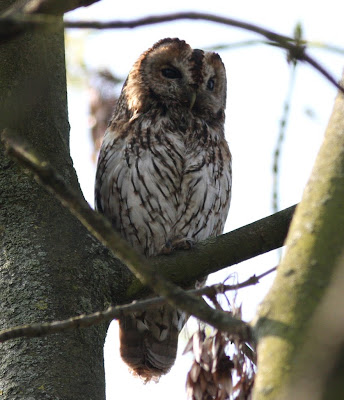 This year I've had less opportunity to check, but there's been some concern that the resident pair of Tawny Owls may have had problems this year, and no all-singin', all-dancin' fledgling show (expected at some point between mid-March and mid-April) was forthcoming.

Having checked the more likely roosting spots, not overly surprised at a no-show, and having just uttered the phrase "it seems the owls have eluded us", amazingly a familiar hooting in the late-morning sun echoed through the trees just as we were about to leave. 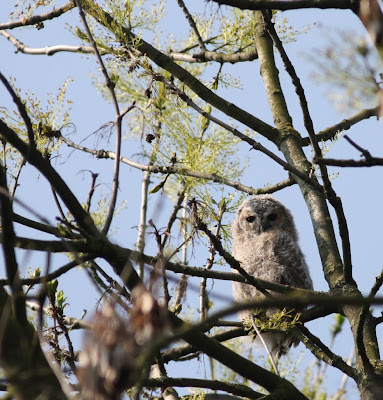 Scanning the area the calls came from soon produced a single owlet in the top of a tree, guarded by an adult a few metres below it. What is likely to be my last walk in the cemetery until 2012 ending beautifully, thanks to such co-operative and thoughtful local celebrities.
Posted by Mark James Pearson at 12:25 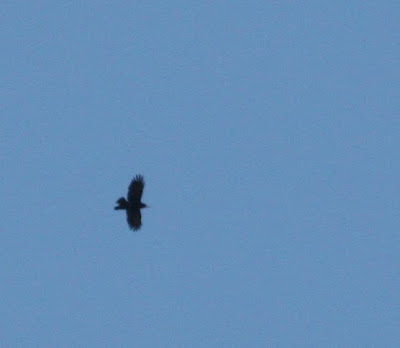 Another beautiful day in the smoke, with temperatures again above 20 degrees centigrade and the city bathing in glorious sunshine; and so another sky-watching session from Lincoln Court, on the east bank of the reservoirs. Today differed from those preceding it by being entirely bereft of anything resembling a wisp of cloud; hence results, and the behaviour of fly-overs, differed accordingly. 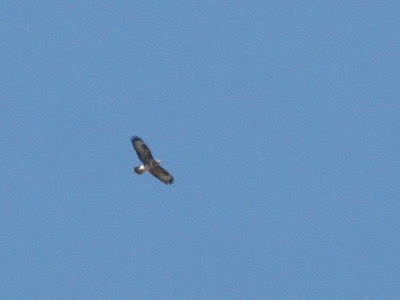 this Common Buzzard, at approx. 20,000m, still won the prize for lowest large raptor of the day

Up on the roof for 1245, the first two hours were hard work, with no large raptors recorded; other movements came in the shape of a couple of head-height Skylarks, a few Meadow Pipits, a single Swallow and a high, thermalling-and-then-northbound Rook (a rare migrant here, substantially rarer than e.g. Red Kite). Interestingly, a Great Spotted Woodpecker bounded north at great height and was lost to view way over Edmonton, having originally been picked up over the reservoirs.

But just as it seemed like a good idea to descend and check the bushes, a Kite appeared and swiftly gained height, eventually disappearing into the sky above Alexandra Palace. Ten minutes later, and the most minute speck almost directly overhead soon turned into a Marsh Harrier, thanks to 60x more magnification; ditto a Common Buzzard, which headed southwest shortly after. 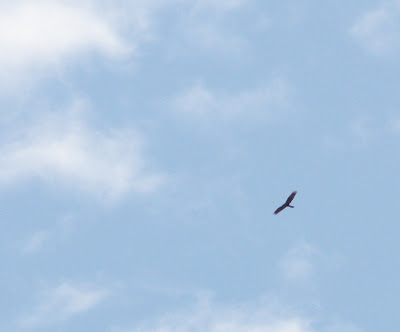 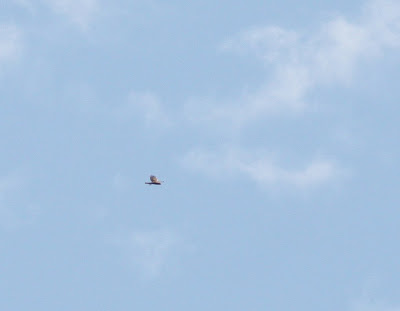 With no cumulus, it seemed all soaring birds - including gulls, Cormorants, Sparrowhawks and Grey Herons as well as large raptors - had no limiting factors today, and I can't recall seeing a majority of birds recorded all at such great heights.

It's been a good week for birds of prey, with 11 Common Buzzards, three Red Kites, two Marsh Harriers and a Short-eared Owl, as well as an escaped Goshawk, plenty of Peregrines, and the usual omnipresent Sparrowhawks and Kestrels; not bad for central London.
Posted by Mark James Pearson at 23:17

From Russia With Love 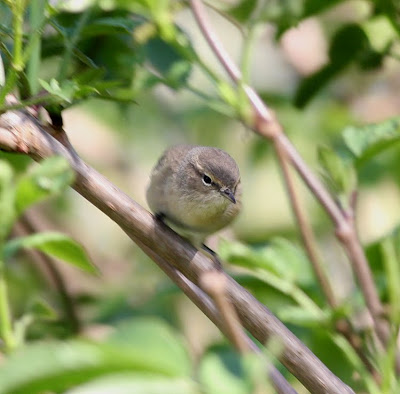 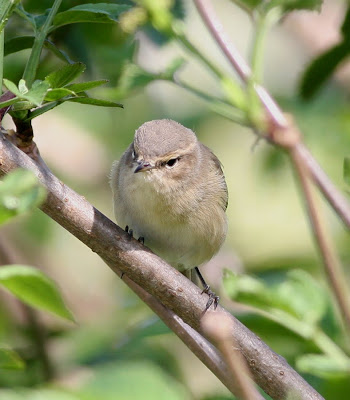 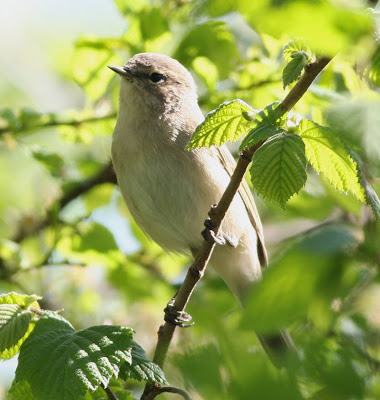 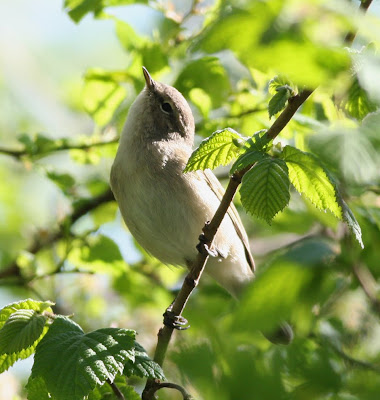 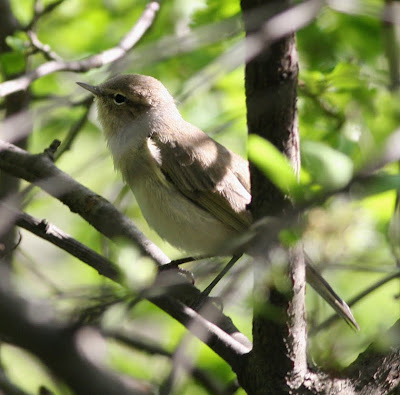 The explosion of blossom, the flutter of Small Tortoiseshells, the blaze of the afternoon sun, and above the scream of Babylon's police sirens, the sweet song of a Siberian Chiffchaff. WTF, as the youth would have it.

More details (and access arrangements for tomorrow) at Hackney Wildlife.
Posted by Mark James Pearson at 23:00

The Owl and the rusty Kite(s) 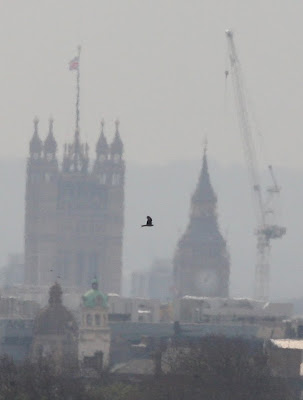 It looked good, and it was; a four-hour skywatch from 16 storeys up on the roof of Lincoln Court (my obs of choice for the spring, a residential tower block overlooking the reservoirs - and much of north London - here in Stoke Newington) produced a memorable roll-call of birds of prey. 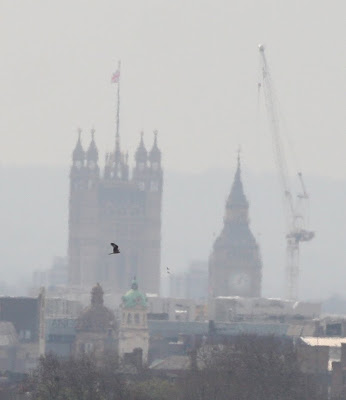 One of today's Red Kites taking the equivalent of an open-top bus ride around Babylons's tourists traps, starting with the Houses of Parliament and Big Ben....

The pick of which were a Short-eared Owl thermalling high to the east, a Goshawk (of unknown origin), two Red Kites and seven Common Buzzards, plus a Peregrine, Sparrowhawks and Kestrels. With enigmatic locals Laurence and Jamie on board today, the strike rate was pleasingly high. 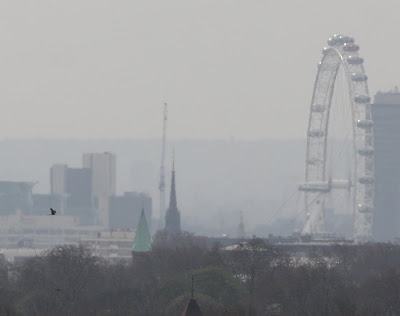 April is arguably the most productive month locally, and the first week always pays out handsomely; hopefully there's similarly rewarding frolics to follow over the next couple of weeks, my last in my adopted manor for a long time..... 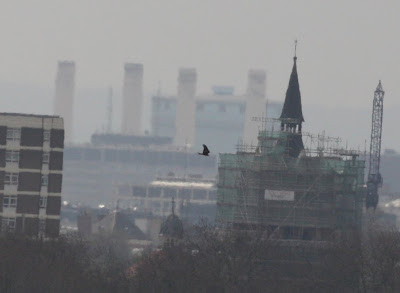 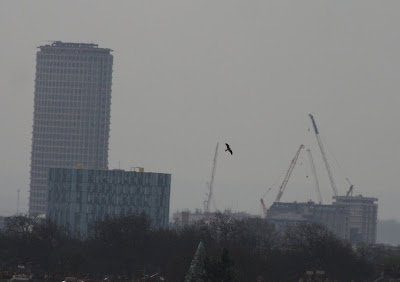 more at Hackney Wildlife.
Posted by Mark James Pearson at 23:22 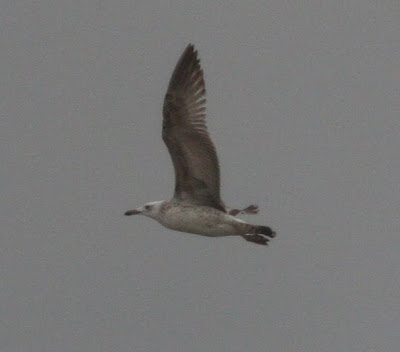 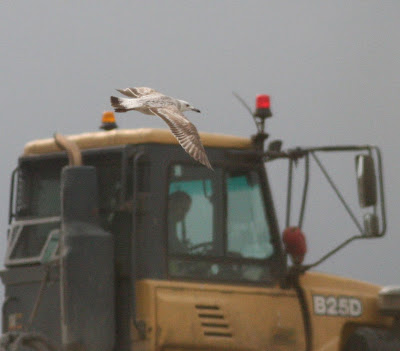 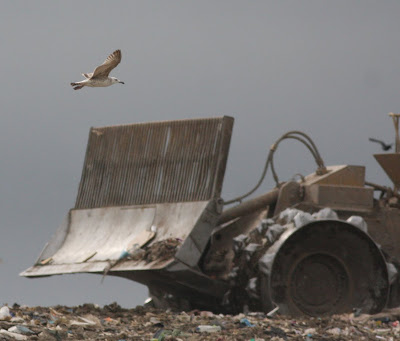 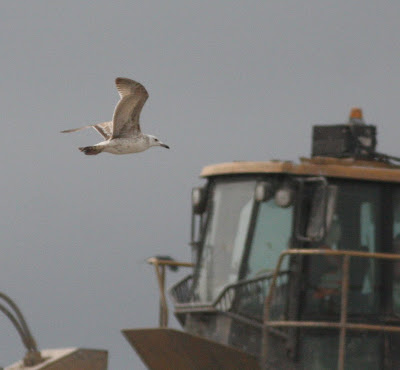 A full day at Rainham, with the morning on the tip and the afternoon on the reserve, paid off with cachinnans success and a good cast of spring migrants. Scanning through the fence at the constantly moving, thousands-strong gull flocks on the tip was challenging but ultimately rewarding, with a cracking 2cy Caspian Gull, as well as a couple of Yellow-legged Gulls and an albino Herring Gull amongst the masses. 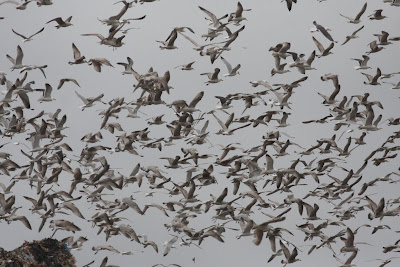 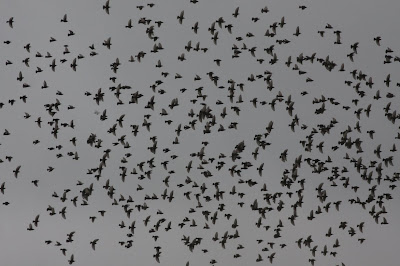 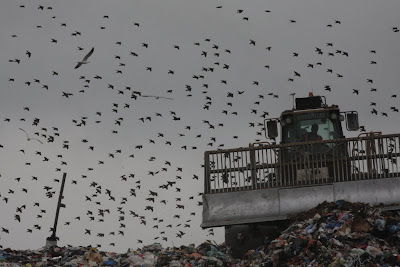 The reserve provided three Little Ringed Plovers, a pair of Garganey and eight Sand Martins, as well as a good cast of wildfowl, Buzzard, Peregrine etc. 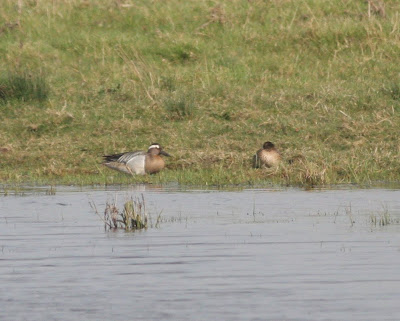 Posted by Mark James Pearson at 08:43