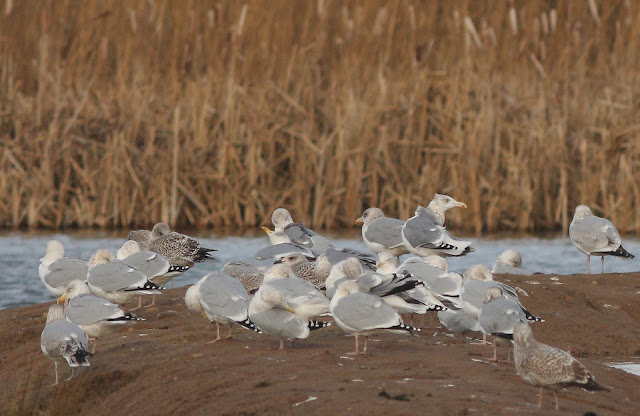 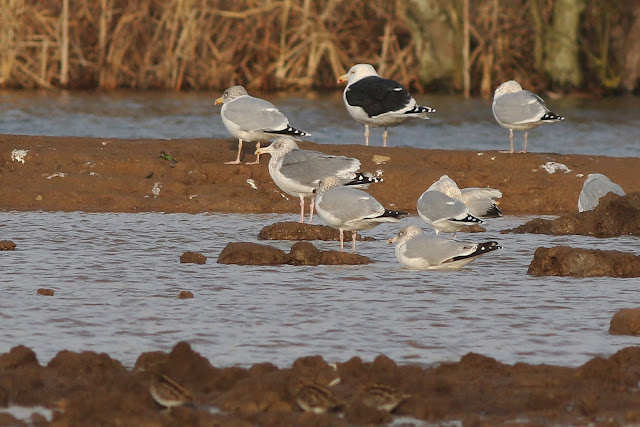 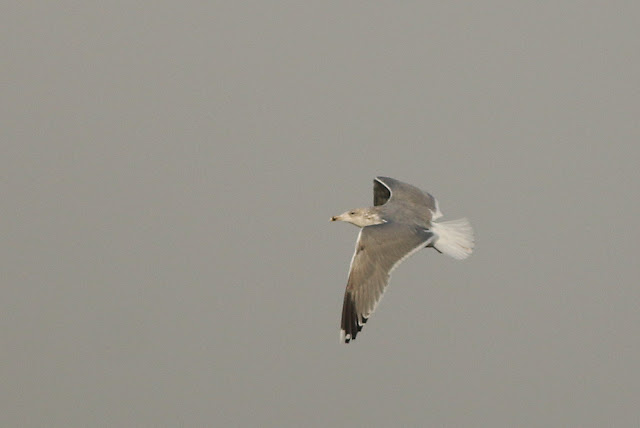 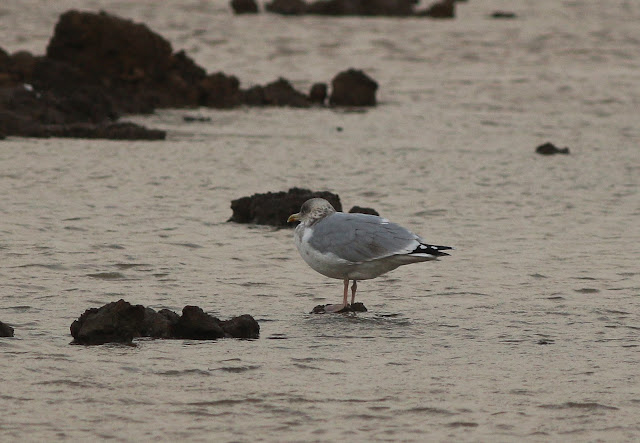 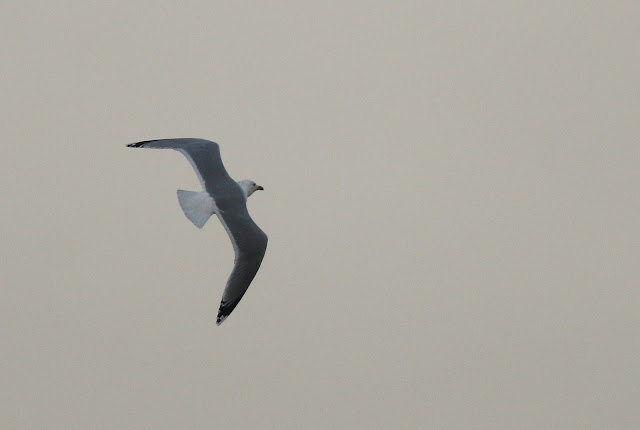 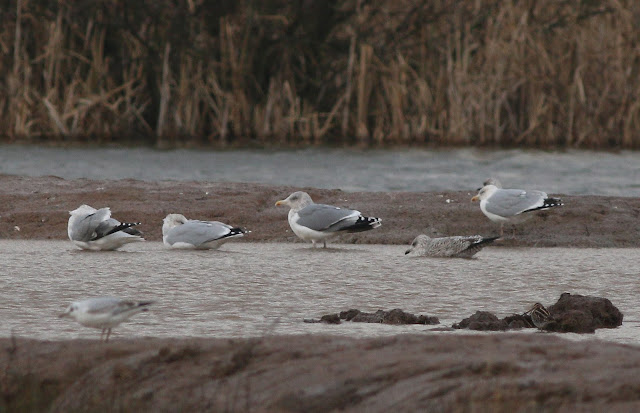 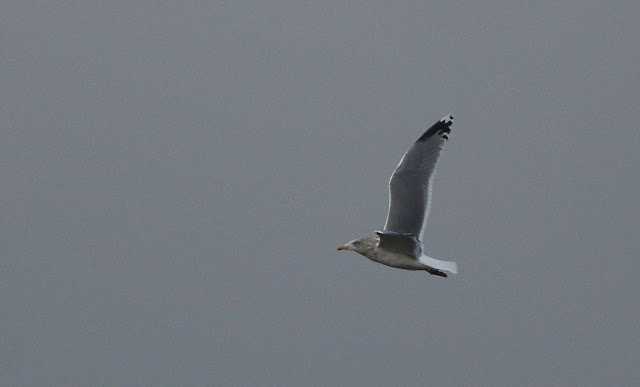 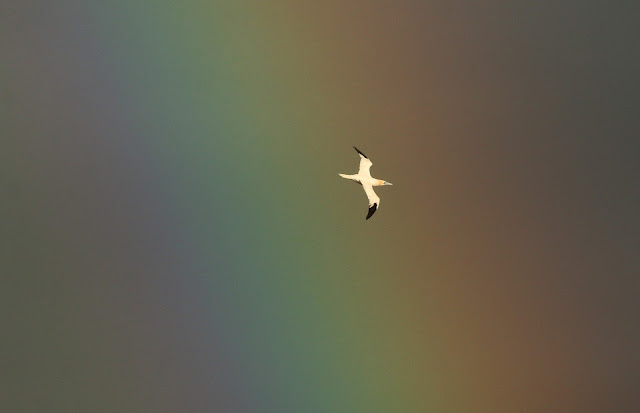 A quick update from the last couple of weeks.... after the occasionally productive sea-watches and bouts of strong northerlies in late November, this first half of December hasn't quite provided the kind of conditions that inspire early starts and pre-dawn windscreen scraping, but there's been a few enjoyable sessions of winter birding to enjoy. A couple of seawatches at the turn of the month produced single Pom Skuas, small movements of waders, odd Bonxies and plenty of divers - the latter of which involves Great Northerns with a pleasing predictability at the moment. 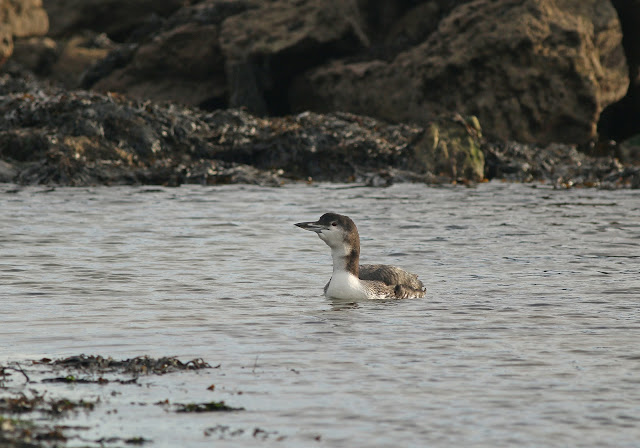 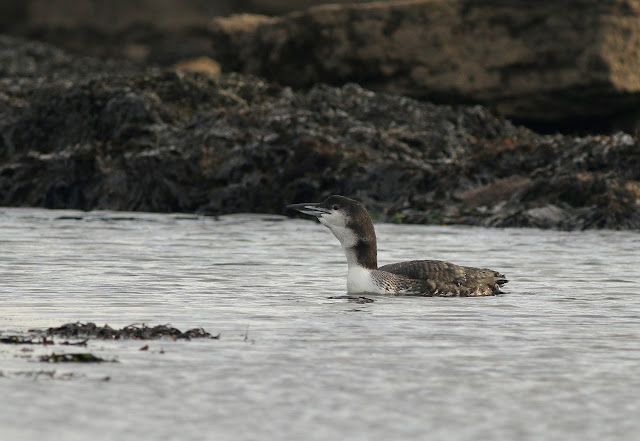 There are up to three at the moment in the northern bay, continuing an increasingly reliable multiple wintering presence over recent years; Black-throats, meanwhile - always the rarest of the trio - have put in two appearances, on 1st and 15th. On the land, one of up to three Chiffchaffs in the willows at the back of the Dams caught my attention briefly at the end of November, sounding like a tristis but giving less-than-satisfactory views; happily, presumably the same bird played ball on 4th of this month, showing and calling nicely. 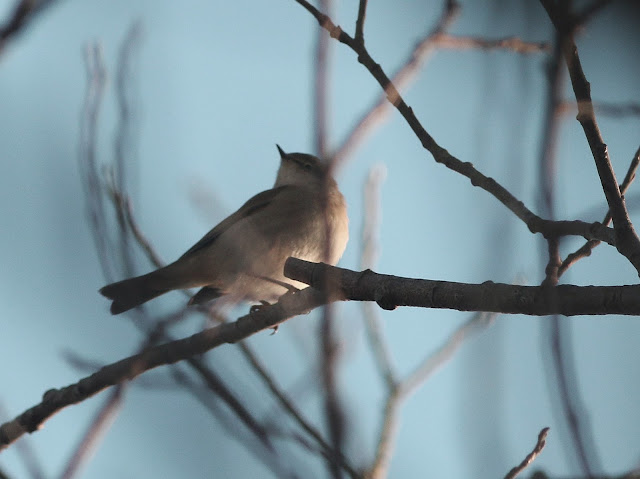 Otherwise, a foray onto farmland near Gristhorpe Bay on 14th produced a field full of activity - 22 Snow Buntings were a pleasure (the first sign of any local flocks this winter), 16 Grey Partridges were encouraging, over a hundred Skylarks was a stand-out count and winter thrushes and Snipe were inbound in the weak sunshine. 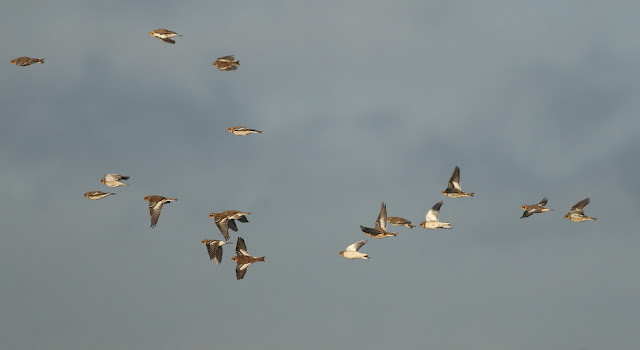 In the same area, a flock of about 75 Pink-feet contained two birds of particular interest on closer inspection - one sporting a neck collar bearing the inscription VXA, and the other a GPS collar (with the number 41). A little research reveals both were ringed in Iceland in the summer during their annual wing moult, and 41 has so far commuted between Northumberland, the Solway Firth and North Yorkshire since arriving in the UK in October. More on these two to follow. 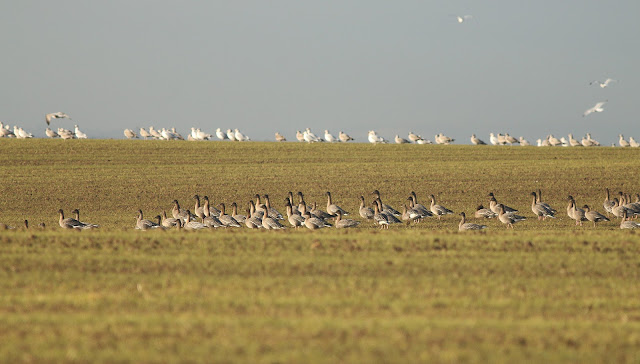 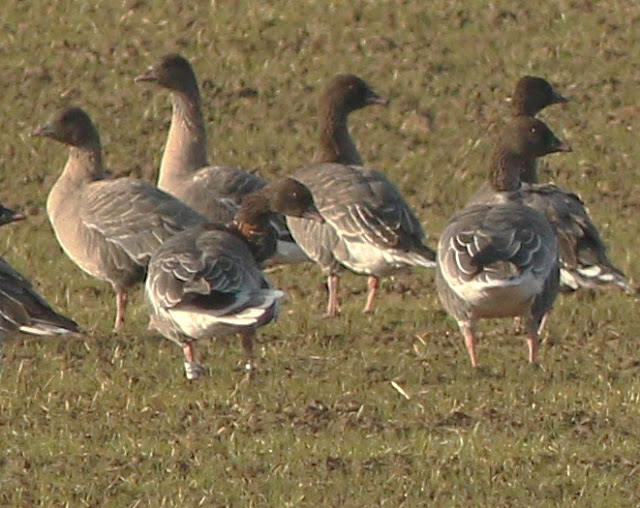 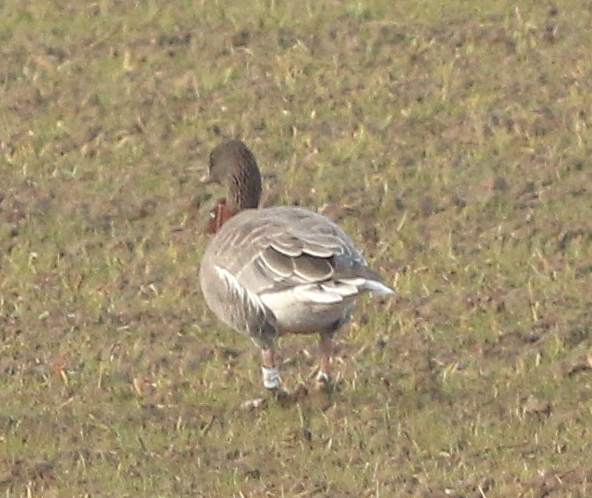 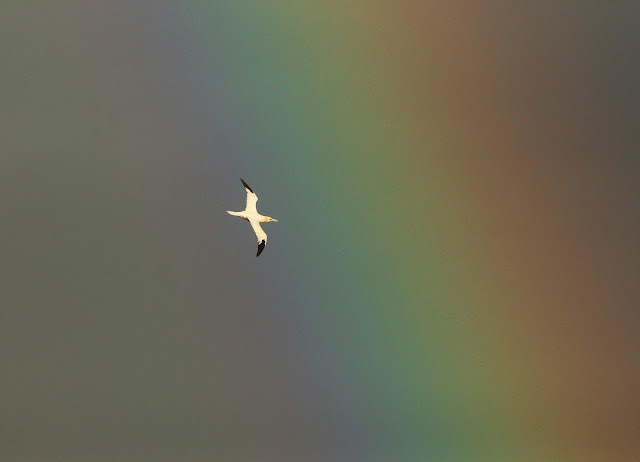 Posted by Mark James Pearson at 07:41