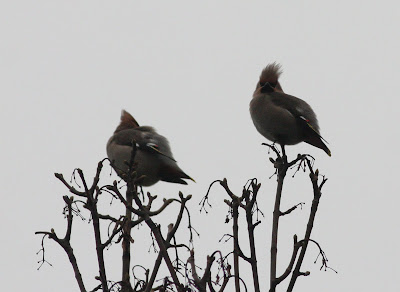 At last..... the Waxwing invasion that began in autumn last year has been one of the avian highlights of recent months, and from my urban outpost at Stoke Newington Reservoirs, I've had my fair share since the influx began; a couple fresh-in at the end of October, followed by a flock in mid December, and then a series of flocks (ranging in size from five to 60) during January and February. All good, except for the one thing they all had in common - all have been fly-throughs.

Over the last few weeks, several flocks have temporarily settled elsewhere in Hackney, some for a short period, others for longer; and the most reliable troupe have been here in Stoke Newington, visiting an enclave of back gardens between Winston and Albion Roads. 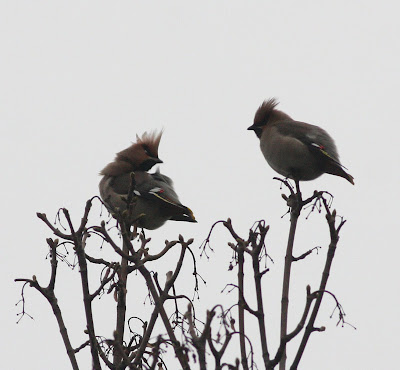 Sharp-eyed locals Penny and Neil have hosted a flock of variable size intermittently for over six weeks, kindly keeping me posted as the flock began to visit almost daily. A combination of work commitments and misguided patch faithfulness meant it took until this week to finally crack, and after an unsuccessful visit a few days ago, today, success. 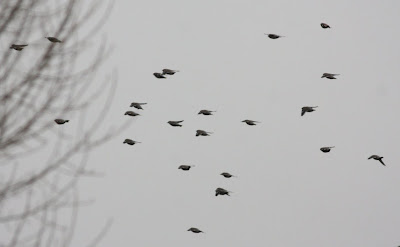 A cold, damp and bleak Sunday afternoon prevented doing photographic justice to a group of 23 of the trilling beauties, but from the comfort of an upstairs window a short bus ride away, it hardly mattered. One of those birds it's seemingly impossible not to be heart-warmed by, and even better to see them posing beautifully in our beleagered urban borough. 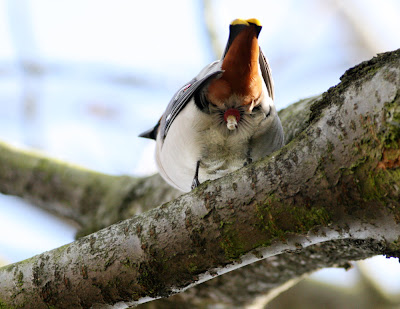 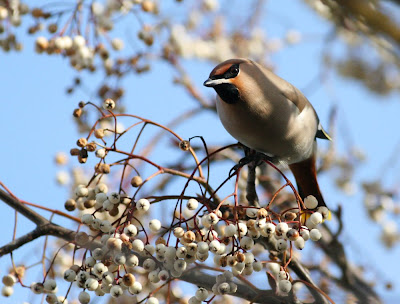 ....and a couple of different 'perspectives' of a flock in Bedfordshire in 2009 (for more, see here).

(Thanks again to Neil and Penny)
Posted by Mark James Pearson at 16:58 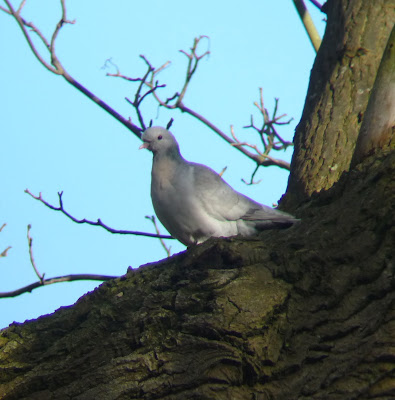 traditionally the most acutely tedius time of year is fulfilling its promise, and pickings have been slim at best over recent weeks; coupled with a lack of excursions and a heavy workload, spring can't come too soon.

Work isn't a always a four-letter word however, and a brief window of sunshine co-incided with a morning in Abney Park Cemetery showing one of our local Tawnies to groups of enthusiastic local children. While doing so, plenty of Stock Dove courtship and hole exploration signalled a welcome coming of spring, and one of the doves stood out to say the least - a leucistic bird, apparently paired up and guarding a hole in a poplar by the High St entrance. 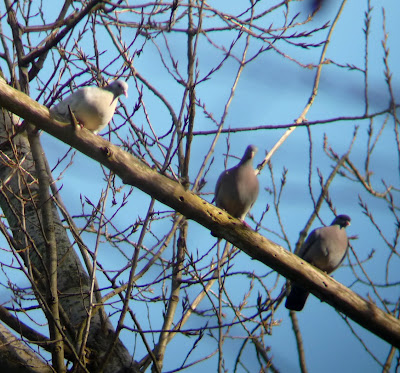 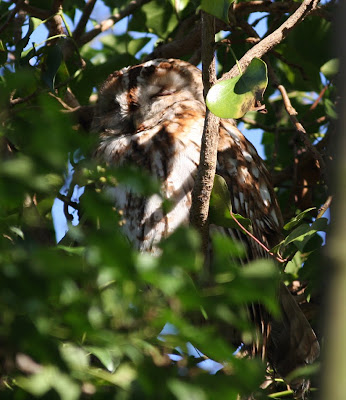 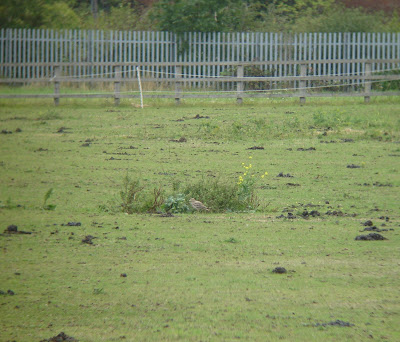 Writing species accounts for the 2007 London Bird Report recently flashed back a coronary-inducing morning in August of that year, and a birding experience I'm unlikely to enjoy again.

During 2007 and 2008 I spent a lot of time covering Walthamstow Marshes, a small greenspace at the southern, highly urbanised end of the Lea Valley in East London. Used primarily as a recreation area, heavily disturbed and barely qualifying as a marsh at all, it nevertheless has isolated habitats that are rare at best locally.

Over the course of 15 or so months of regular coverage, highlights included a low-hunting Marsh Harrier, Turtle Dove, Ring Ouzel, several Jack Snipes, wintering Stonechats and bucketfuls of breeding and passage warblers, but none compared with the morning of the 21st and a saunter with a friend and her dogs. 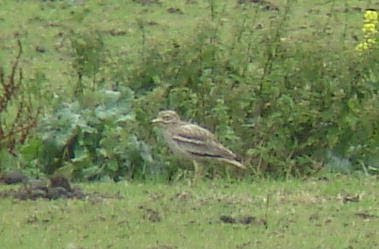 Flushing a Wheatear from the central area inspired me to follow its flightpath towards the riding centre field, a small, heavily grazed area sandwiched between the canal and the busy raised walkway which bisects the marsh. Refinding the bird (and a couple of Yellow Wagtails), I briefly scanned the rest of the field on auto-pilot, and paused at the only solitary clump of weeds; out poked a head with a large, staring yellow eye.

It was one of those comedic eye-rubbing moments that if I was holding a bottle of whiskey would've justified a melodramatic, confused look at the label, but instead, I looked a second, and then a third time before realising my sanity wasn't disintegrating. With families cycling past, dogs barking and horses trotting, the chances of the bird remaining more than a few seconds seemed slim; however, after a minute or so, it briefly broke cover, allowing more incredulous and conclusive views. 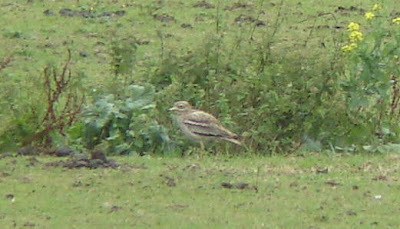 Applying my then-legendary pre-DSLR digibinning photographic 'technique', I managed a few record shots, which did indeed show a Stone Curlew, looking as confused and shocked as its admirer. A great bird in any circumstances; a truly great bird in these most inauspicious of circumstances.
Posted by Mark James Pearson at 02:30