Despite best intentions, visiting my folks there and the description on the right of this page, I can count the times I've actively birded at Flamborough in recent months on one hand. But, over the last week or so (and the coming few days) I've cause to be there for a longer period, which happily includes local wanderings when possible.


A couple of such wanderings this week have made for pleasant birding, with a distant Rough-leg - the long-staying Grindale bird getting itchy feet (as you would expect from a species with such a name, heh heh) - the most notable, but lots of other bits and pieces to enjoy, as there always is in these parts. 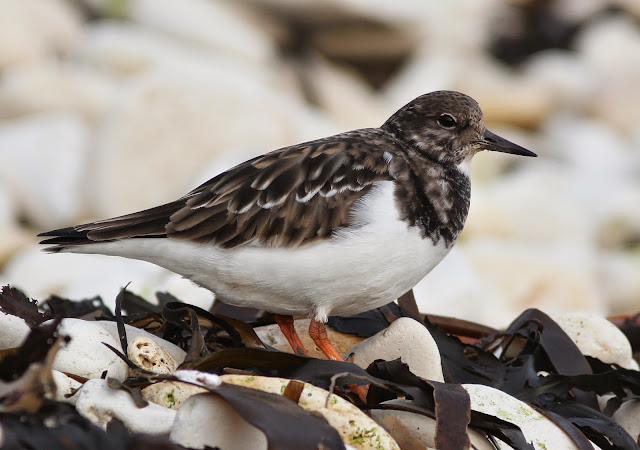 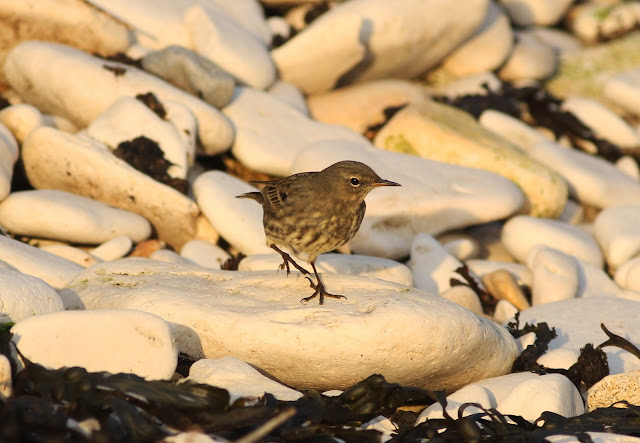 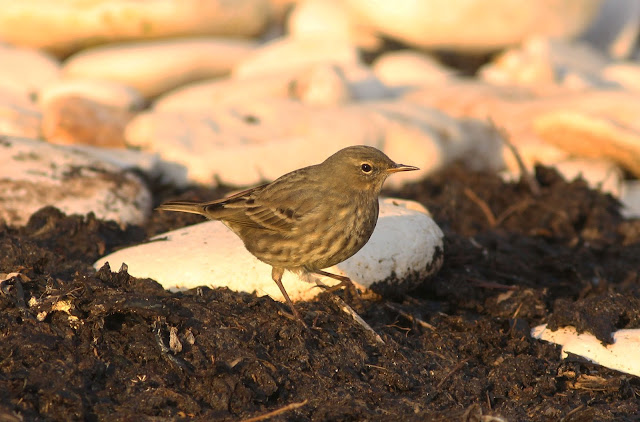 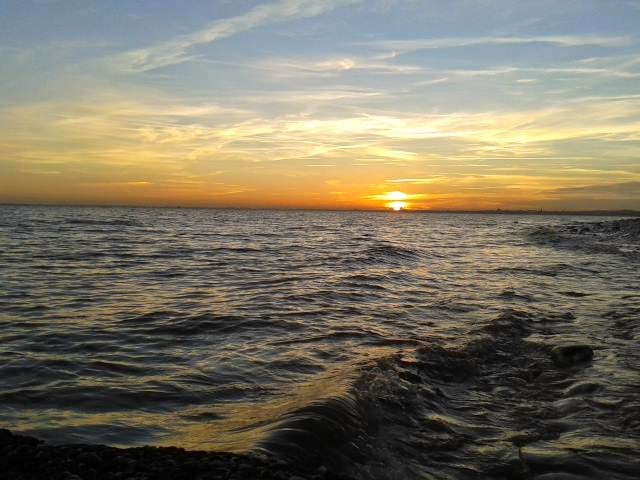 Posted by Mark James Pearson at 17:52


Well, not half bad at least. The strong southerly airflow continues, making for dramatic seas and interestingly blustery viewing conditions; expectations weren't especially high for this morning, but a three-and-a-half hour seawatch produced five Little Auks and 24 Little Gulls south, two each of Grey Plover and Dark-bellied Brent Goose, and most notably, a Grey Phalarope. Alighting briefly on the natural pavement at the base of the Brigg - conveniently just as I'd nipped out to use the lack of facilities (otherwise it would've gone unseen) - out of maybe seven or eight individuals I've come across here since arriving a couple of years ago, it's the first I've seen stretching its legs.

*I'm clearly so spoiled these days that I forgot to mention the six Snow buntings, four Twite and Jack Snipe on Carr Naze on the way back.

Posted by Mark James Pearson at 14:26


Must try harder, I know, but a combination of dealing with more pressing matters of late, as well as trying to make the most of time in the field during what's left of peak season has all inevitably resulted in less activity on these pages. But such is life; hopefully I'll have more chance to direct energies this way now some or all the above start to ease up somewhat. 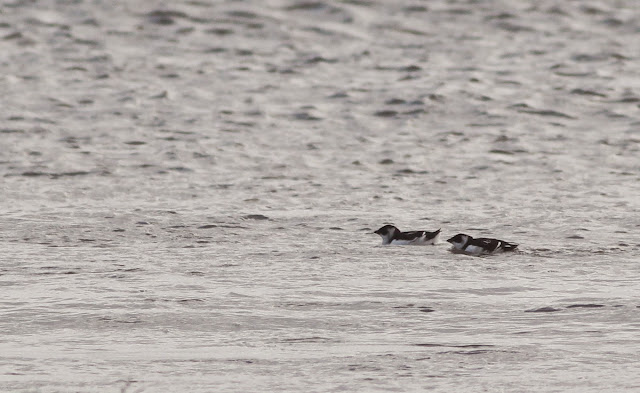 First in line for the retrospective spotlight is the sea-watching pleasures of a couple of days ago - the 5th November - when the threatened strong northerly winds thankfully came to pass as hoped. Despite a heavy cold a head like a tumble dryer, after missing many of the most promising windows of the autumn so far, it would have taken plenty more than wild horses to keep me from the hide. So after the usual tightrope walk down the narrow, steep slope to the base of the Brigg (even more precarious after recent rains, when a surfboard is probably a better option for navigating the mudslide), shortly after dawn I was safely embedded behind the breezeblocks and it wasn't long before the show began. 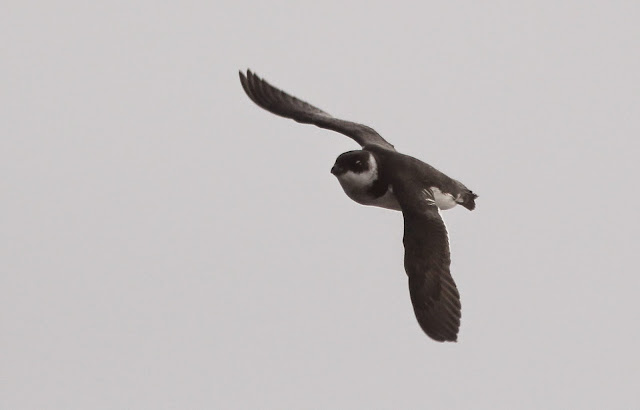 Even without the birds, it was worth the effort just to witness the raging seas, blizzards of foam and spray and ultra-high tide, with conditions coinciding with a full moon; but then, without the birds, five minutes would've done the job. Seven and a half hours later, however, and I was still far from bored, having enjoyed another classic day's sea-watching at Filey.


Like all the most enjoyable seawatches, it was a combination of quality and quantity, and the rarer birds are often not the most memorable. Still, even for a place with a fine reputation for attracting Grey Phalaropes in the right conditions, three in one day is extraordinary, and at least 32 Pomarine Skuas is hardly an average day.

But it was the spectactle that really counted, with Little Auks unarguably the stars (at least 128 north and variable numbers temporarily present); 194 Red-throated Divers south, often in flocks of up to ten, as well as two Great Northerns; both Peregrine and Merlin speeding along the Brigg side; a handful of late Manxies, a couple of dozen Bonxies, and various wildfowl including Velvet Scoters, Dark-bellied Brents, Goldeneyes and Goosander....


.... and no fewer than five Asio owls struggling against the elements and eventually arriving on this side of the North Sea, of which four were Short-eared and one was unidentifiable. All of the owls made heavy work of attempting landfall, and one struggled to reach the outermost rocks of the Brigg, pitching down as the waves and foam encroached ever closer. Somehow, however, after an arduous 45 minutes just about avoiding the drink, it summoned enough energy to head inland over the bay and town.

Twite, Snow Buntings and Rock Pipits braved the conditions and buzzed around the hide, while a quick check of the Top Scrub on the way back - trees bending, wind howling and apparently birdless - revealed a cracking Long-eared Owl at close quarters; a long overdue patch first to round off an excellent day.

Posted by Mark James Pearson at 12:48 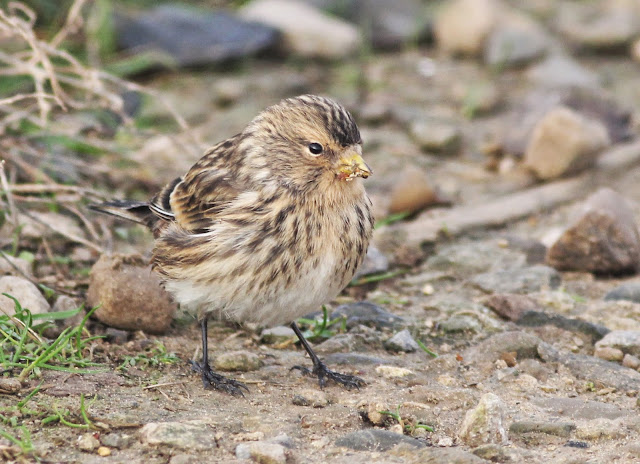 It's been an exceptional few weeks for Twite here at Filey (certainly the best showing in years), and although many have been fly-throughs, a variable number have been sticking around for a short while. This bird has been fantastically accommodating on the footpath along Carr Naze, and over the last couple of mornings it's delayed my early starting sea-watching by several minutes, with good reason. 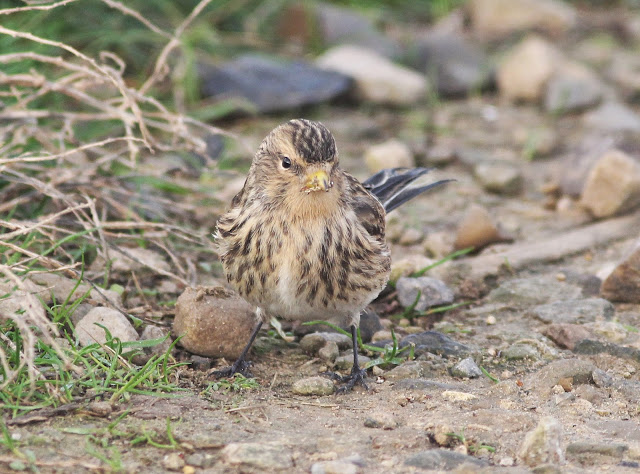 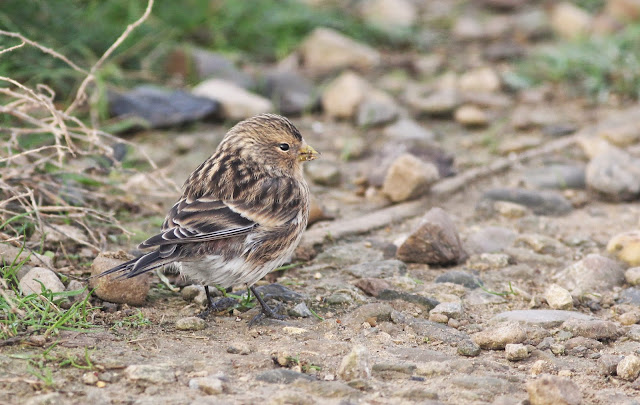 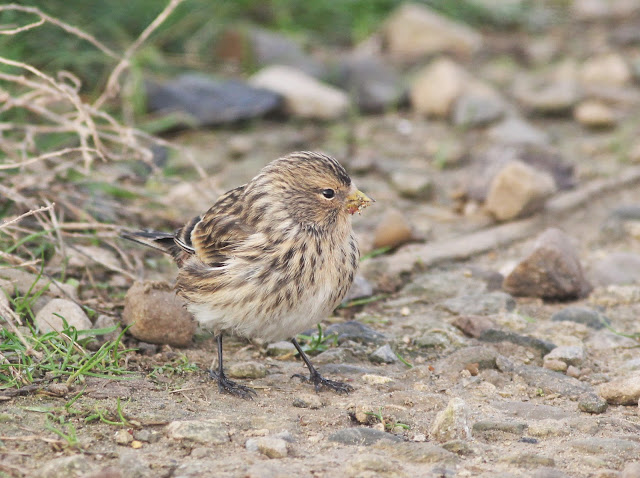 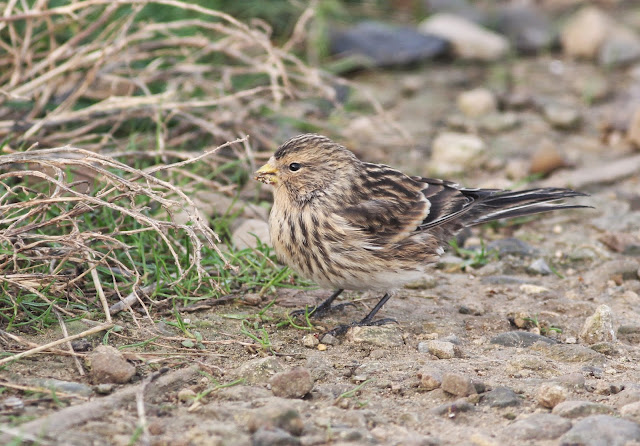 Posted by Mark James Pearson at 12:27