After a mad few weeks working several jobs, running a hugely enjoyable Migweek and generally not pausing for breath, suddenly I had a couple of days with the decks completely cleared, free of responsibilities, and free to bird. Better still, it's the end of October (arguably my favourite time of the year) and the conditions were encouraging - so time to relax, be selfish and indulge. 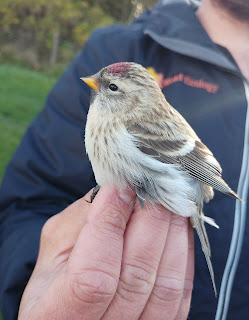 After a productive final weekend running the Living Seas Centre at South Landing (see last post, here), I decided to start at Filey; a very smart move, and the gods smiled accordingly.

Up at Carr Naze for dawn, a few scans produced two Long-tailed Ducks, a Little Auk, a Red-necked Grebe and Eiders on the move, but with the wind in the east and signs of inbound passerines, I opted to check the Country Park area. While scrutinising a small group of redpolls which had just dropped into Arndale, I got a call from Dan, just a couple of hundred metres to the north of me - "I've just caught an interesting redpoll..."

Very interesting as it turned out, and what an absolute beauty. After plenty of deliberating, checking features, measurements, photographs and references, we cautiously put it out as a probable Coues's Arctic Redpoll until we'd recieved a wider spectrum of opinions and checked a few features a little more thoroughly.

Long story short (and thanks to all the learned souls who helped with an ultimately unanimous ID), we were very happy to remove the 'probable' after lengthy review; and while it was a pleasure to be in on the process, much more of a pleasure was the tangible, long overdue, very hard-earned reward for Dan. Top work my friend ;-)


Next stop, another favoured corner of the Filey recording area, Gristhorpe Bay. Far less disturbed than most local hotspots (despite being on the edge of the Blue Dolphin holiday park), it's a nice, contained site with a two productive coastal hedgerows and a patch of scrub, and a weedy set-aside field on the clifftop. A few Goldcrests were the best of the bushes, but the field harboured a Water Pipit and at least twelve Twite among commoner species, a decent return.


To Flamborough for the afternoon, where I'd arranged to meet Matt (@MigrationMatt) and daughter Amelie, and birding brother Rich (Baines) for a jolly around the outer head. Jolly it was, too, and in cold but pleasant conditions, we started with fresh-in Black Redstart and Siberian Chiffchaff right alongside us as we met in the lighthouse carpark, and continued with another Siberian Chiffchaff, a handful of Goldcrests and a scattering of thrushes and finches (including Bramblings and redpolls), and probably the greyest Robin we've ever seen (wonder how far it'd travelled to hop around in depths of Old Fall?).


A simultaneous ping on our mobiles as we were about to leave came from Trev at Bempton - Coues's Arctic Redpoll showing well on the nature trail. We hasten our stride somewhat, especially with the sun dropping fast, and power-walked back to the lighthouse car park before stepping on it towards the reserve.....


A few minutes drive and few metres walk later, and we were in the surreal situation of watching this beautiful little fluffball feeding happily and avidly, literally within grabbing distance, in the grass by the path.


Surreal indeed, with the bird not caring about movement, conversation, cameras clacking and whatever other potential disturbance just incheds from it; on more than one occasion it flew onto the ground at our feet, and I'd be lying if I denied briefly considering putting seed in my beard (I'd have put money on it working....). I'm not generally cut out for twitching and tend to avoid it unless it really feels worth the effort (which is rarely), but this was one of those few occasions that was just perfect: a ridiculously tame, charismatic little vagrant at our feet, in golden evening sunshine on the clifftop of our beloved Yorkshire coast, with just a handful of happy (and affirmingly non-dickheaded) locals sharing the experience. A cracking day.

Posted by Mark James Pearson at 17:54


My last weekend of the season at the Living Seas Centre coincided with some blustery northerlies, and thankfully, I was able to capitalise on some quality time with the new Harpia and the rolling seas off South Landing. Saturday was a brutal day for a bioblitz, with plunging temperatures and heavy, wintry showers, but the team bravely soldiered on - and luckily for me, I was able to add my avian contributions from the comfort of the hide (my car), with an entertaining three hours straight, from 1120hrs.


Incoming passage was a feature of the day, too, with a good haul of thrushes, Skylarks and especially Bramblings; however, the shock of the day - and in, truth, perhaps the whole migration season - came when I was closing up the LSC as the light outside faded. Glancing out of the window as I lowered a shutter, I noticed a Hooded Crow heading north and inland - a decent record, and worthy of a quick dash out of the back door, grabbing the camera on the way. Happily I managed to catch it as it disappeared, at which point I glanced back out towards the sea - to find a three, then a four and then a two heading the same way.....


To give a little context, Hooded Crow is by no means an easy bird to get on the head annually, and up the road in Filey, after seven years of patch birding (five of them hardcore), I managed a grand total of two. I'm not sure if it's unprecedented or not, but of all the things I'm on the lookout for in October here on the coast, double figure Hooded Crow counts while locking up my workplace is not one of them.....


Sunday looked even better, with more chance of displaced seabirds battling north (and via the south side of the headland) into the wind after yesterday's initial blow; hence I was down at the foot of the slope for shortly after first light, giving me a good two and a half hours before opening up... and I managed a guilt-free lunch hour from around 1110, too, meaning a combined total of almost four hours seawatching in the morning.


Which included eastbound passage of no fewer than 117 Little Auks, 252 Common Scoters, a Black Guillemot, two Long-tailed Ducks, a Velvet Scoter, a Scaup, a Black-throated Diver, four Great Northern Divers, 15 Goldeneye, eight Pomarine Skuas, a Sooty and a few Manxies, a Goosander and few Mergansers, and plenty more - quality stuff.... inbound migration continued throughout the day, the highlight being a Hawfinch low and north over the LSC, a Little Auk low and north over the car park and past the office, lots of thrushes and finches, and (yet) another Hooded Crow. Not a bad last LSC weekend at all - and the next day or two would get better still....

Posted by Mark James Pearson at 21:00 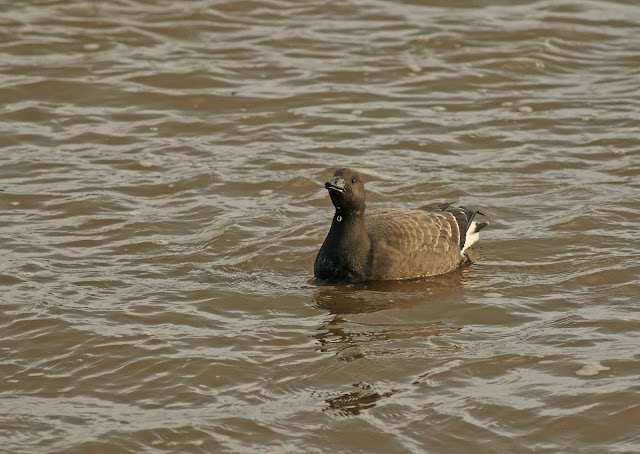 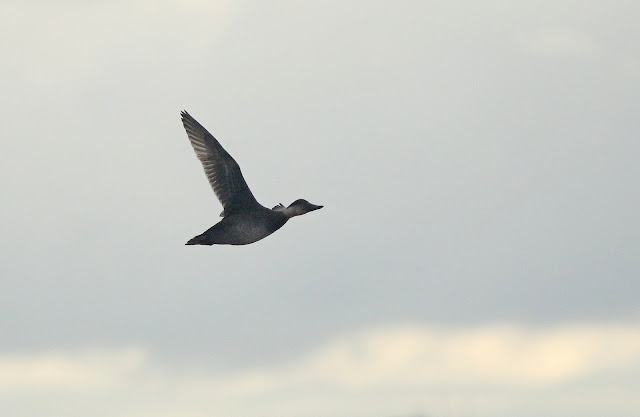 Blustery north-westerlies in late October? Yes please, and after hurriedly nailing some annoyingly scheduled work in the morning, I hotfooted it down the slope and to the Brigg for a three-and-a-half hour seawatch in squally showers, sunny windows and dipping temperatures. With local birder Kev and visiting birder Robin also there for much of the session, we nailed a very respectable 23 Pomarine Skuas (in what has been a big day for them along the coast), but the real show-stealer was pretty much the first bird I focused my delectable new Zeiss Harpia on - a close-in, 300mph Leach's Storm-petrel making light work of towering white horses. Fast perhaps, but the best views I've had of the species here at Filey (excluding the bird we caught last summer, that is). 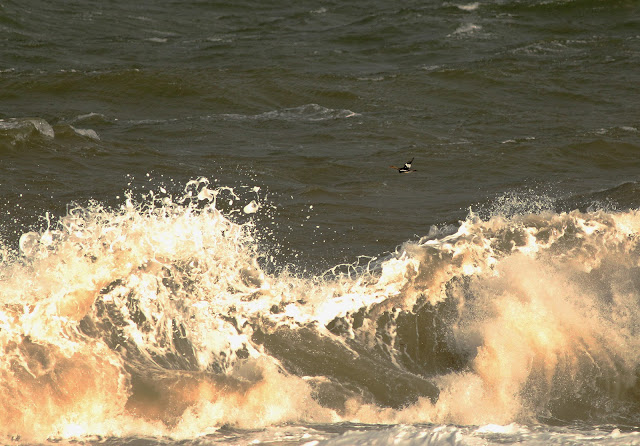 Otherwise, back up was relatively scant, although with Woodcocks, Skylarks, thrushes and Starlings arriving in off, wildfowl on the move and no-one else around, I'm not complaining (unlike the next two days, when I'll be working and internally complaining constantly). And the dark-bellied Brent is such a beauty.... 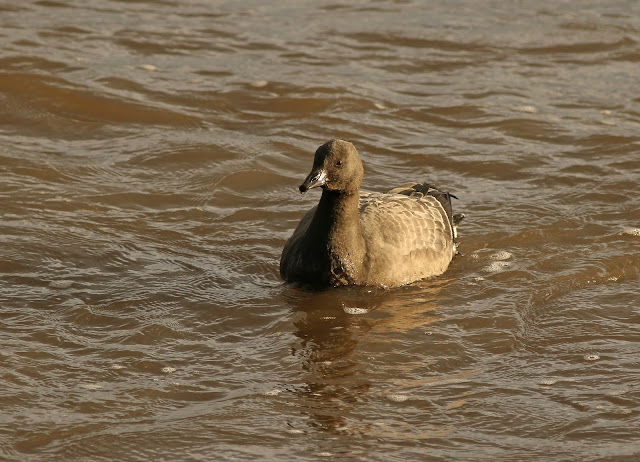 Posted by Mark James Pearson at 23:06 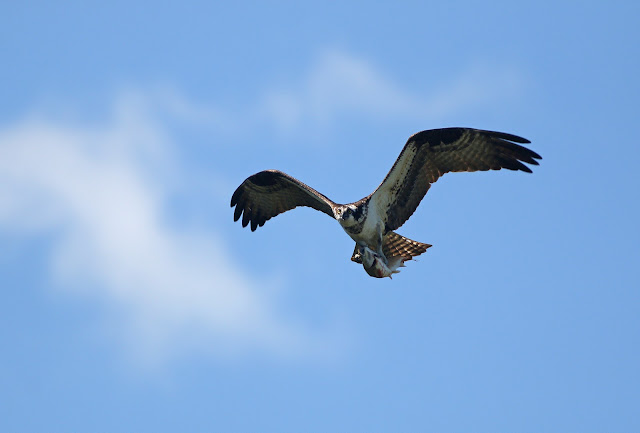 A hard-working immigrant pursued and exploited by the symbol of the USA? I'll leave that one there. 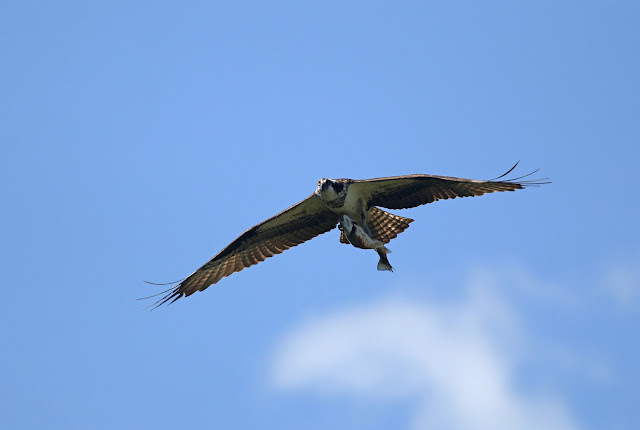 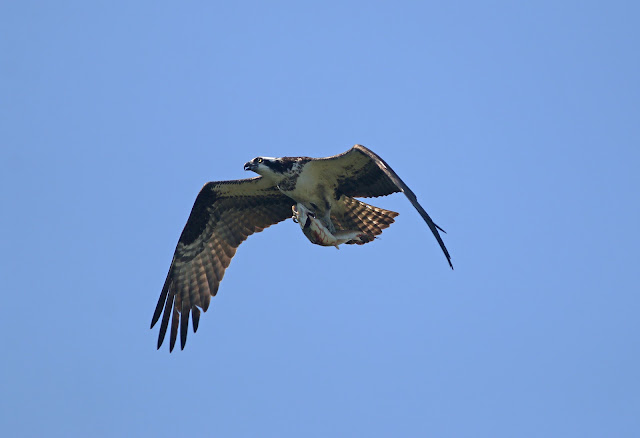 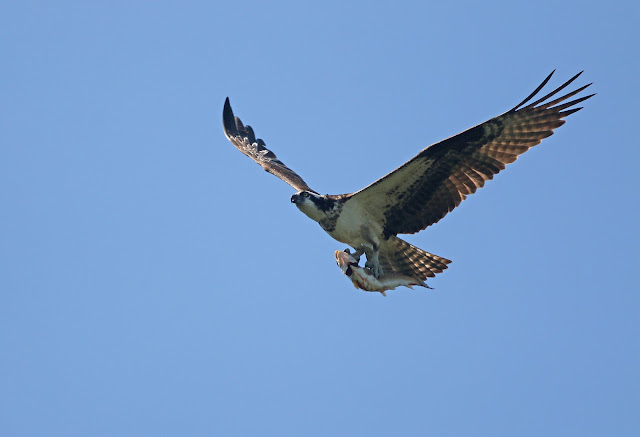 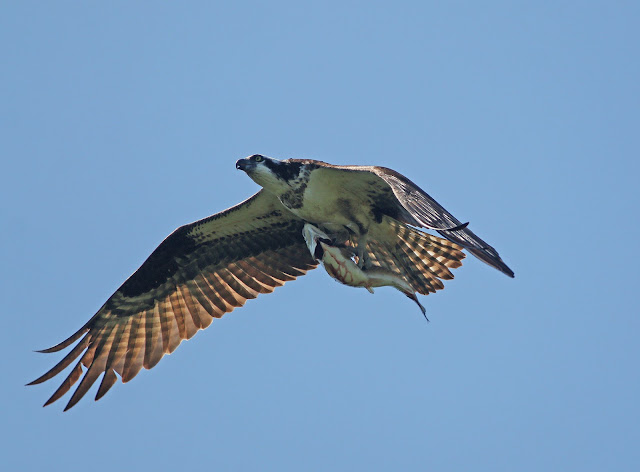 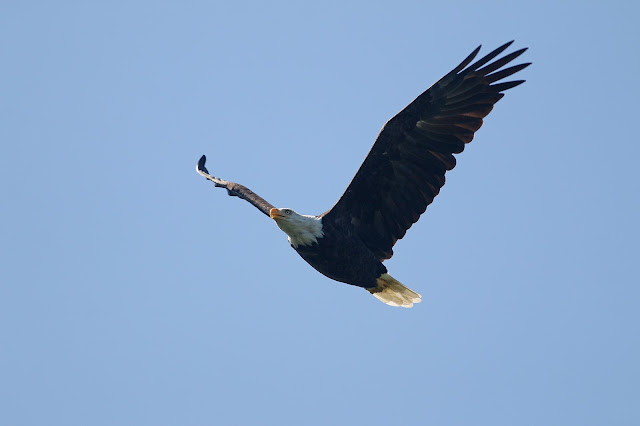 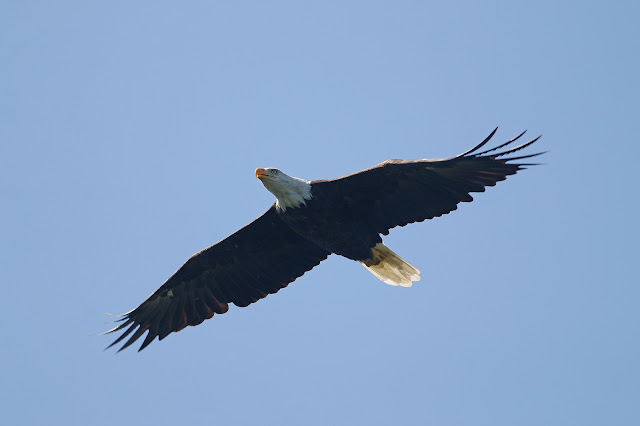 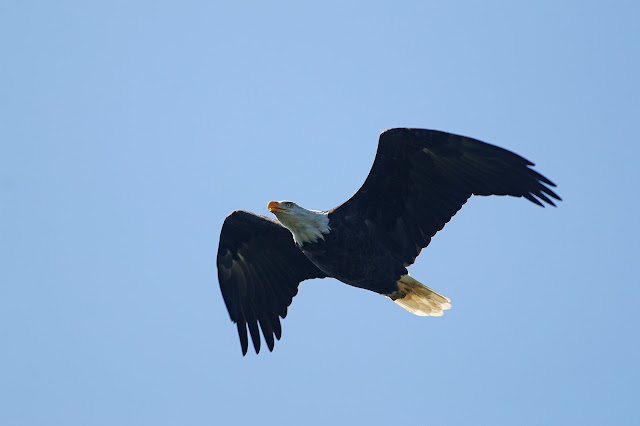 Posted by Mark James Pearson at 14:25 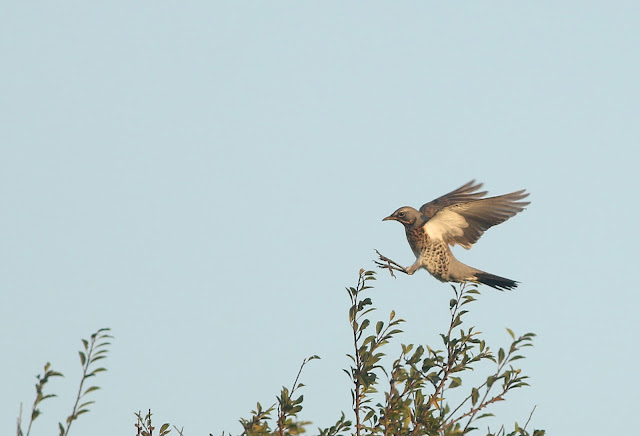 With a hint of east (finally) in a blustery southerly wind, a front moving through in the morning, and a day off (well, part of one at least), I headed to Flamborough early on, and after waiting for the downpours to pass, the clearing skies happily soon began raining birds. One of those mornings where it's just a privilege to witness migration in full swing, the stars of the show arrived in flocks, bounding in against increasingly clearer skies, either pitching down or making haste further inland. 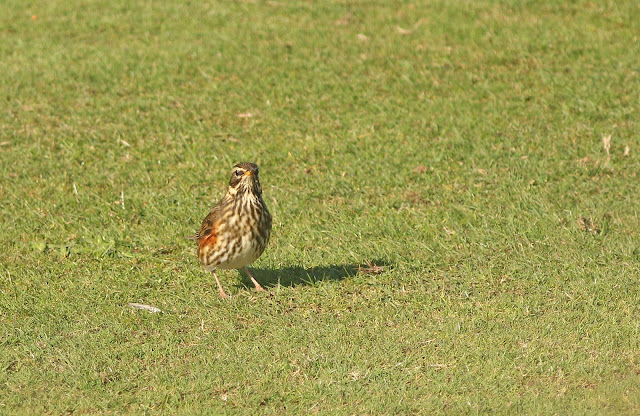 With (seemingly) nothing rare among their ranks, it really didn't matter - seeing the drama unfold on days like these never gets old. The most numerous species involved were Song Thrushes, Bramblings and Skylarks, all of which were comfortably into three figures in my notebook, as well as plentiful Redwings and Fieldfares, Siskins and Chaffinches, a few Ring Ouzels, Whinchats, Stonechats, Chiffchaffs and Redstarts and a personal tally of eleven well scattered Yellow-browed Warblers; an acredula-type Willow Warbler dancing in the Sycamore canopy received extra points for acting and looking rare, but ultimately it was a day to lap up the action and enjoy the ride. 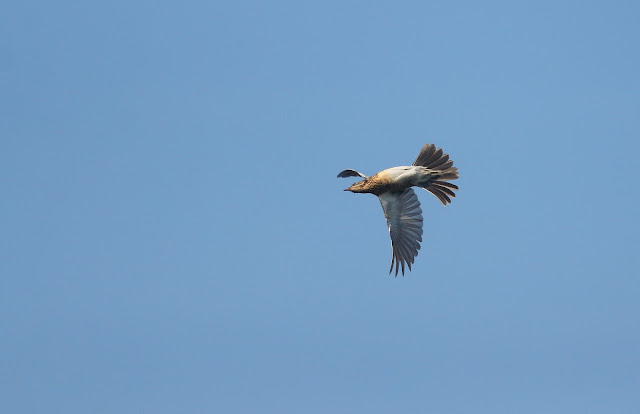 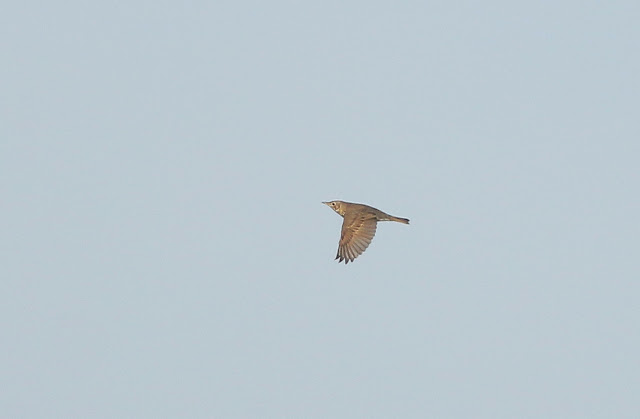 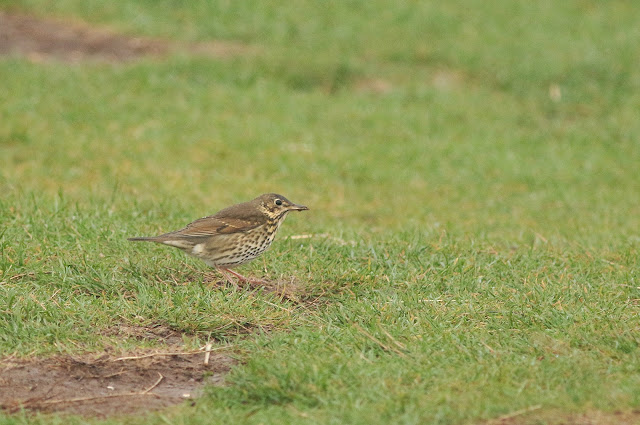 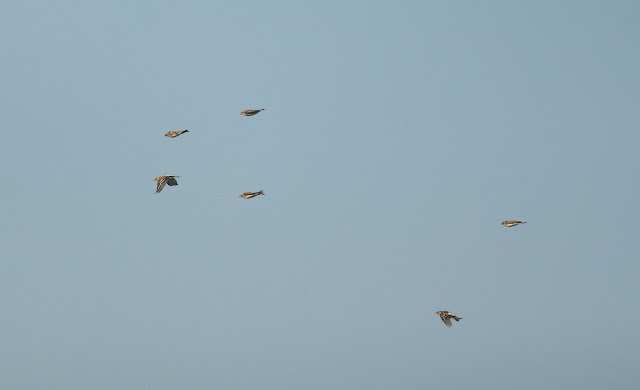 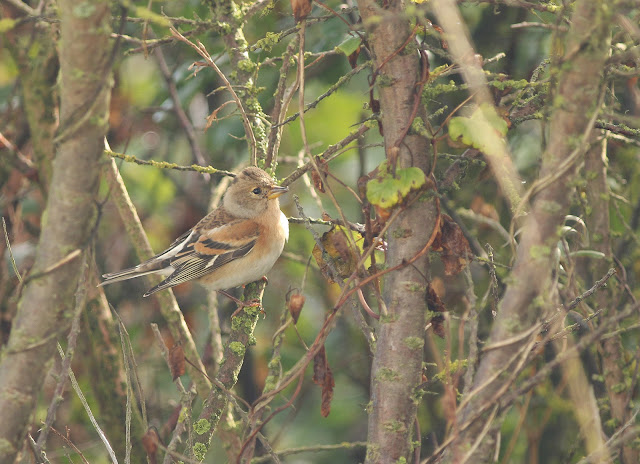 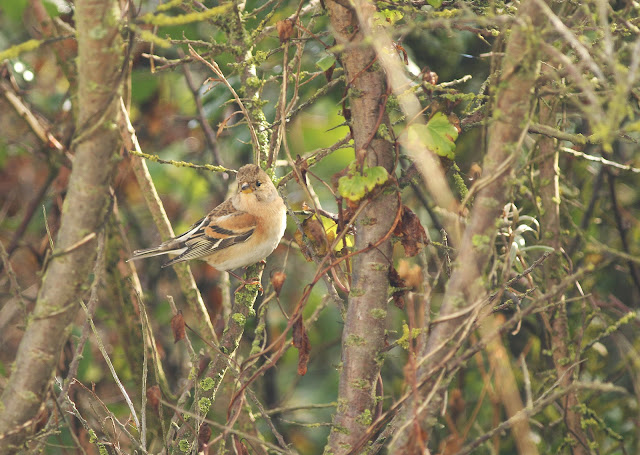 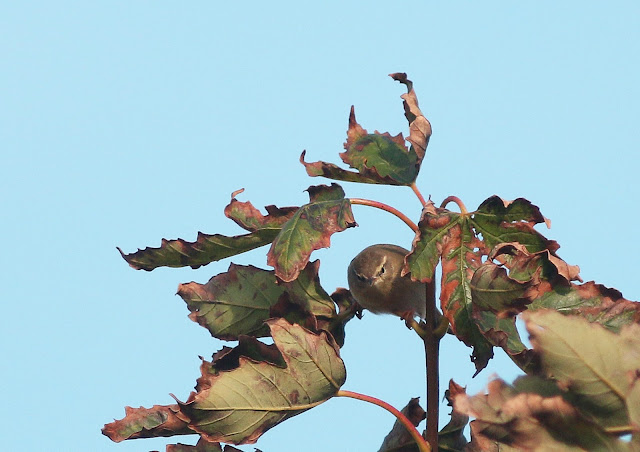 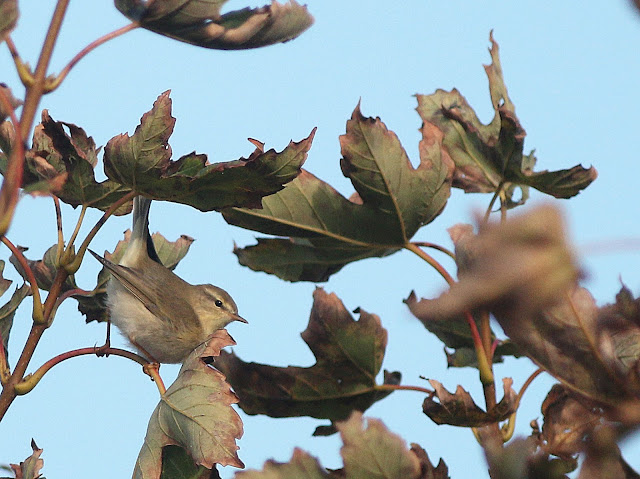 Posted by Mark James Pearson at 23:25 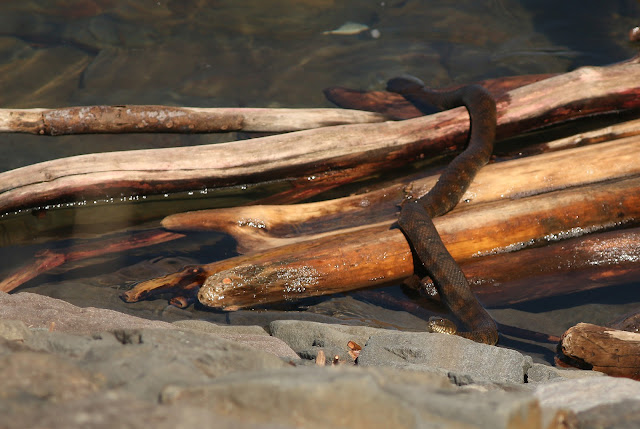 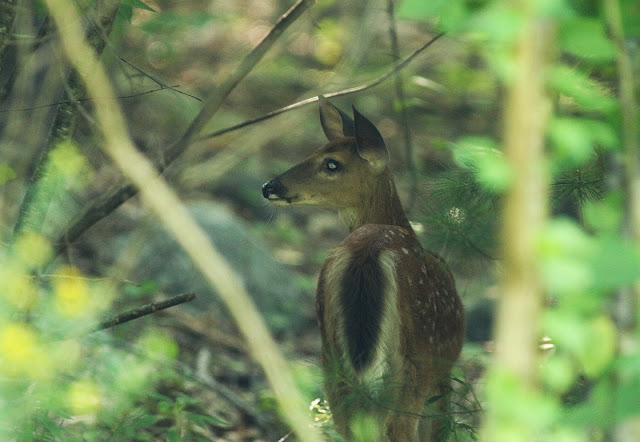 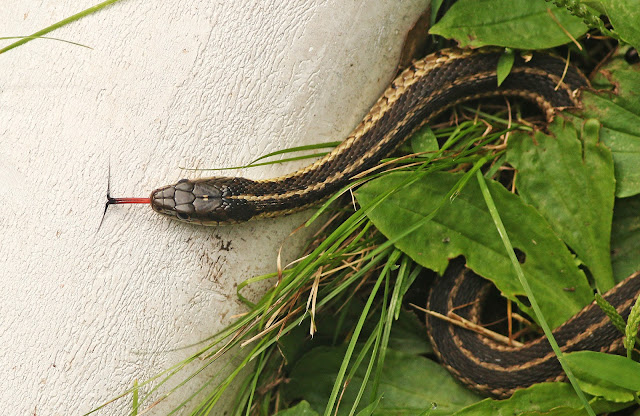 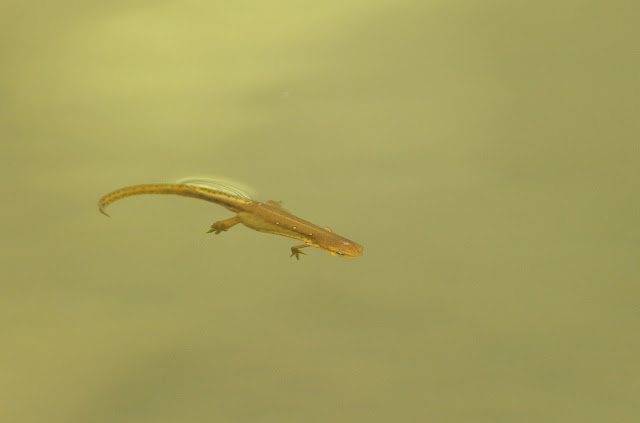 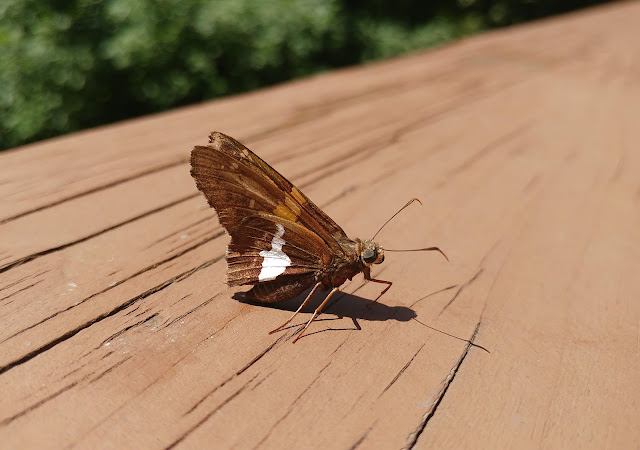 While I'm here, a quick shout out to my friend Gary (The Biking Birder) and his excellent blog - Gary has just returned home from another long adventure raising money for Birdlife International and his exploits are always hugely entertaining!

Posted by Mark James Pearson at 16:04