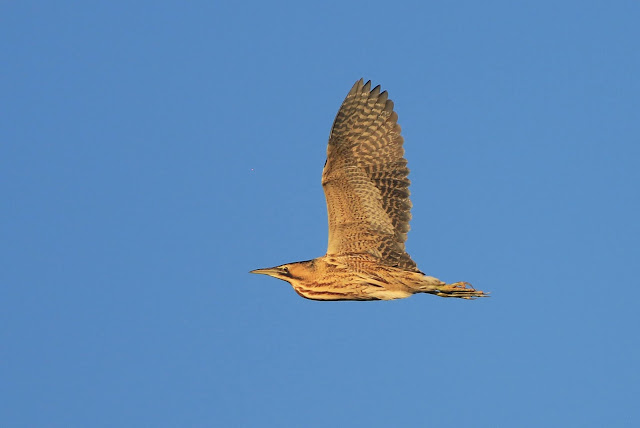 "Graow!" (again) - the first of not one but two Bitterns this month (on 23rd & 29th) - that's three in six weeks! (sound recording at the foot of the post)
As mentioned in the previous post, in contrast to the same period last year, conditions were pretty much as crappy as they could be from a nocmig perspective - bitter, northerly winds, high pressure and plunging temperatures all conspiring to put the brakes on nocturnal migration (or at least, the recording thereof). In contrast to the last post, however, that conspiracy was less nocuous at Flamborough, with plenty more going on over the Great White Cape than over the bay to the north.

The month began well with a push of waterbirds on 3rd included Pintails, Wigeon, all three rallids and plenty of Scoters (see above):
And while it wasn't the migfest it could've been with better conditions, notable species kept cropping up and checking in, making for a much more diverse and entertaining month than Scoter-centric and otherwise scant returns closer to home. These included an early Green Sandpiper on 14th...
..... a Mute Swan (a scarce Flamborough bird and nocmig first) and an excitable flock of Black-tailed Godwits on 18th...... 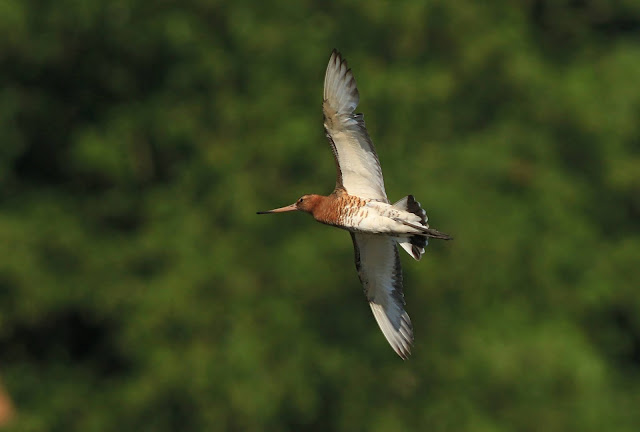 ... the first Common Sandpiper and flock of Turnstones on 20th (with further flocks of the latter towards the month's end).....
.... and then a Wood Sandpiper on 26th - another locally scarce species, the first of the year, and my second Flamborough nocmig record (after the first last autumn):
Regarding the 'standard' species, dynamic and abundance were broadly similar to Filey, with Teal, Redwing, Coot, Moorhen, Curlew, Song Thrush, Gadwall and Common Gull all regular in small numbers, with odd Snipe and Lapwing, and ever-reliable Oystercatchers breaking the silence; and, as hoped, there were plenty of Common Scoters morse-coding across the sonos throughout the month, with a fantastic total of 37 flocks. 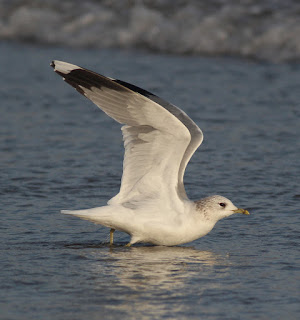 Common Gulls were a regular nocturnal migrant over the village in April
Interestingly there were several flocks that mostly consisted of a much lesser-known, trisyllabic, 'm'-shaped call type (below), which also had many females, large/long flock size, and traditional higher single notes at the beginning, in common:
All the above would've been quite enough to justify pretty much nightly efforts in the village, but a further two Bitterns - on 23rd and 29th - were the kind of unexpected joys that not only redefine the status of the such species in local terms, but also give nocmig analysis that 'finder's buzz' that is at least as exciting as uncovering a scarcity in the field.
Here's to May....
Posted by Mark James Pearson at 12:19