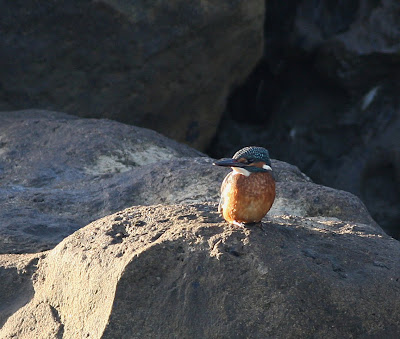 It's tempting to call this bulletin the calm before the storm, but fate may be equally tempted, and after such a taxing September so far, that surely wouldn't do. But, after what seems like about four years of perpetual south-westerlies, tomorrow signals the beginning of a change, due to last several days (even theoretically, tantalisingly, involving easterlies and rain by Sunday). Parallels with a five-year old on Christmas Eve abound. 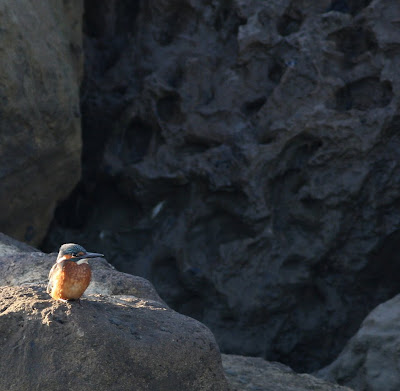 Kingfisher on the Brigg

Anyway, the last few days have been, well, not as bad as they could've been. Motivation doesn't come quite as easily when the aforementioned cursed SW's continue relentlessly, but at least at a place like this, there are choices. Hence, a seawatch on the early morning of the 17th promised little under clear blue skies, but provided two stunning Long-tailed Skuas, which ambled north together just a few minutes after I'd set up the scope. 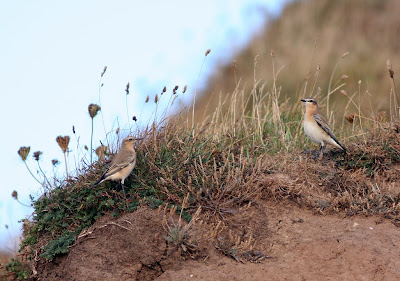 Fresh-in Wheatears by the seawatching hide

The best spot for seawatching is at the base of the Brigg, either in the hide when the conditions dictate, or on the seat outside when possible. This spot provides a panoramic view not only of the sea but also of the Brigg itself, an aestheically magical, multi-layered rocky plateau which snakes out into the ocean, providing a perfect place to feed and rest for all manner of birds and beasts.

On top of the expected gulls, terns, waders and seals, the same seawatch also involved a cast on the rocks just a few metres away which included several Rock Pipits, Wheatears, and most entertainingly, a Kingfisher, alternately perched on boulders or hovering and diving into rock pools. Beautiful. 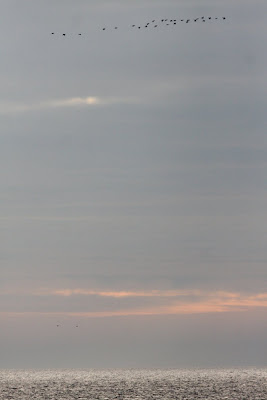 While hirundines, Meadow Pipits, Skylarks, Siskins and other species have streamed overhead to varying degrees, migrant passerines have remained all but absent from the land, at least until the 19th, when Goldcrests numbered over twenty in the Top Scrub alone, with a single bird fresh in almost on the tip of Carr Naze; other signs of non-resident life included yet more Coal Tits (pretty much everywhere) and a small sprinkling of Sylvia warblers. Hardly impressive but a start at least. 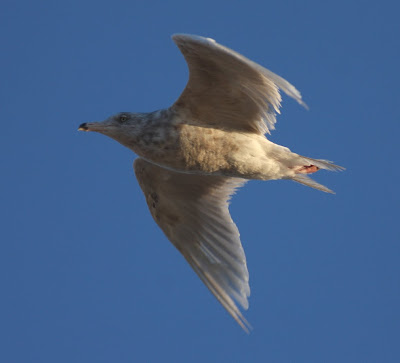 The prettiest of Glaucous Gulls

Another essentially unpromising seawatch, this time from dawn on the 19th, provided a surprising and particularly crappy-looking third-winter type Glaucous Gull, a nice bonus on another sunny morning. The Dams, meanwhile, remains stubbornly quiet on the wader front, although wildfowl numbers and species are steadily increasing there. 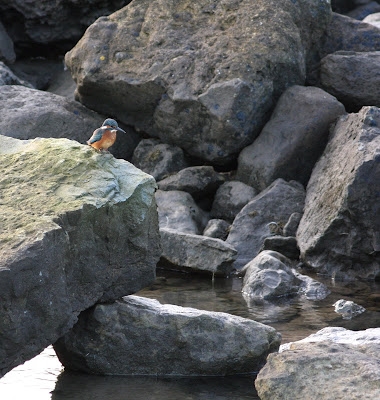 So, hardly an unforgettable autumnal week here on the coast, but a few entertaining bits and pieces at least; and now, at last, it's all about the weather charts.
Posted by Mark James Pearson at 18:10