It's been a crazy week so far (and will only get busier over the next few) so a quick one to summarise another excellent day's guiding: today, another one of my Yorkshire Coast Nature Autumn Migration Specials - the third of four this week, one of many this season, and not the first (nor no doubt last) that saw Flamborough taking centre stage.

Three lovely clients, a full, sunny, beautiful day on the outer head, and great wildlife from start to finish. We kicked off with a pristine, accomodating and entertaining juvenile Red-backed Shrike not two minutes from the car park, as Siskins, Redpolls and Meadow Pipits streamed overhead (often vocal, and invisible); we continued along the clifftop, where we serendipitously bumped straight into 20 Bottlenose Dolphins frolicking close inshore before gunning north; 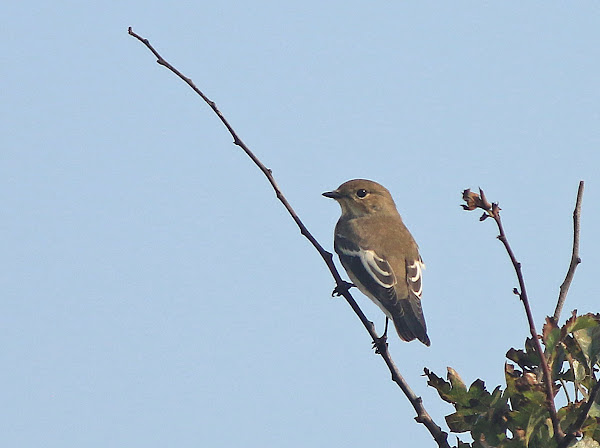 We then sauntered down a deserted Old Fall Hedge, where fresh-in Redstart and Pied Flycatcher gave us an impeccable show; we enjoyed lots more visible migration, with e.g. Grey Plover, Yellow Wagtails, more Siskins and redpolls and hirundines on the move in the blue; and finished up with a leisurely, entertaining seawatch from the clifftop at the fog station.
After the dolphin show earlier, it was the turn of Harbour Porpoises to entertain, with many fishing offshore. The stand-out highlight, however, was a unique episode that we watched unfold before us, featuring a pale morph adult Arctic Skua out at sea, skillfully chasing (and almost catching) a passerine in a Hobby-esque fashion....
... which turned out to be a spanking Greenland Wheatear - which, after defying a grisly demise over the waves, proceeded to head landward and straight towards us, pitching up literally at our feet and feeding avidly as if nothing happened (and as if it wasn't in the throes of the most epic of songbird migrations between the Neartic, Europe and Africa).

Manxies, lots of summer-plumage Red-throated Divers, Whimbrels, Bar-tailed Godwits and other stuff added to the mix, and it's fair to say, we were all pretty satisfied with the dramas unfolding before us. Magic, as ever! 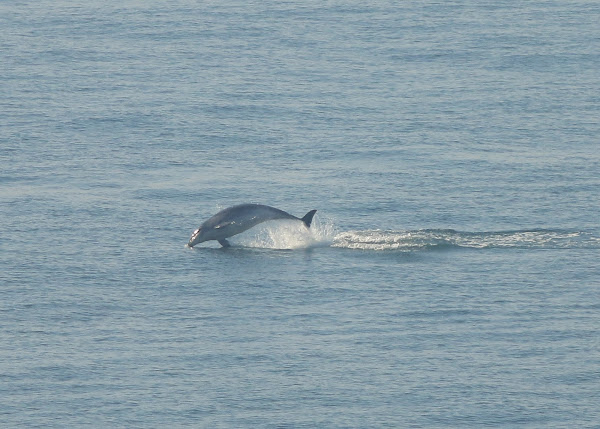 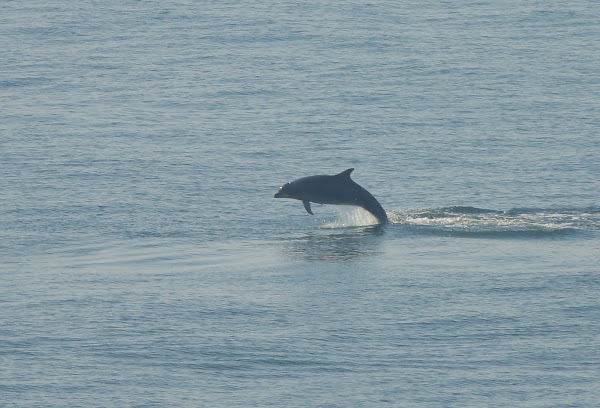 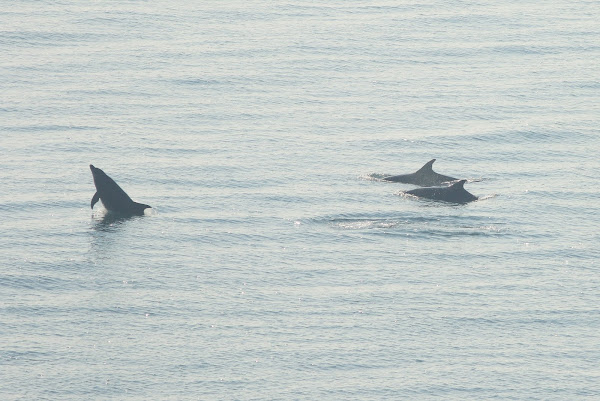 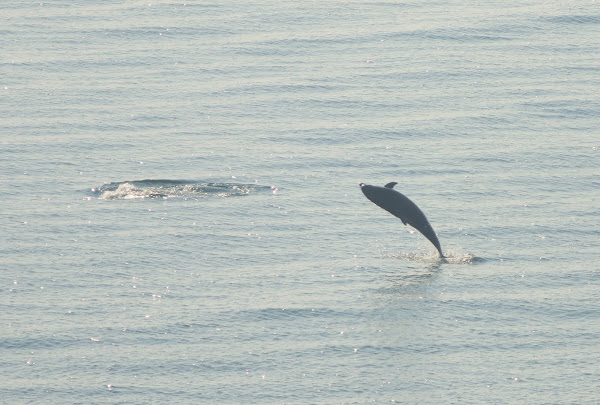 Posted by Mark James Pearson at 00:11