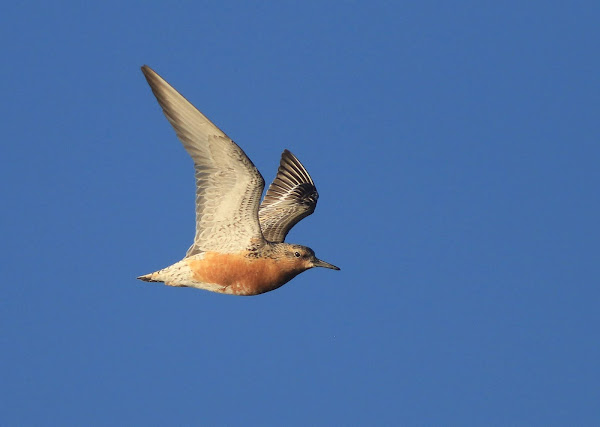 Summer plumage Red Knot, back from the Arctic in a flash of rust
Part one is here, and part two here - part four to follow soon
So despite everything, spring was, from a birding perspective, actually really productive, enjoyable and wonderfully theraputic - but with such a rip-roaring finale at the end of June, it was only to be expected that July would, as usual, see a natural calming of proceedings. Right? 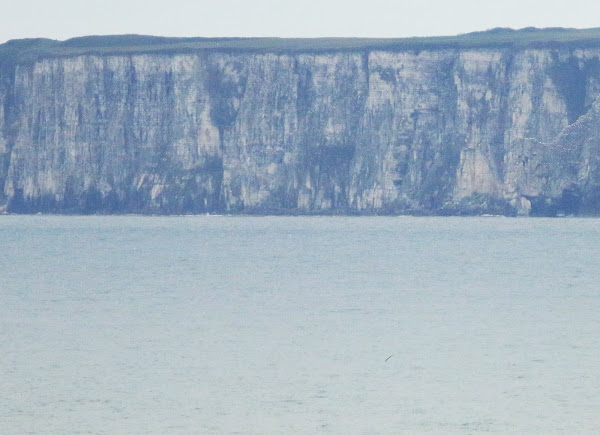 That cat hair on your screen towards the lower right of the photo has a wingspan of over two metres....
Wrong! When news broke of a (the) Black-browed Albatross having returned to Bempton Cliffs on the afternoon of the 2nd, I was at my desk, working; thirty seconds later I was in the car, and a few minutes after that, legging it along Carr Naze here in Filey. Not Bempton, like most others, but - after catching up with this very bird there a few years ago - I instead decided to gamble on the (hugely) longer odds of connecting with it on the most local of my local patches... 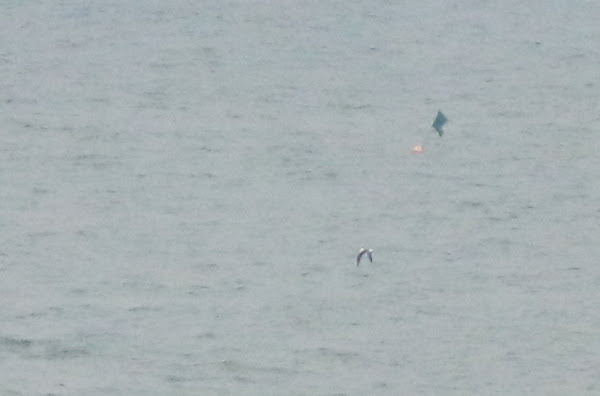 A big risk, but I stuck to my guns, and long story short, after a nerve-wracking, stay-on-target 90 minutes, Ana and I had memorable views as it sailed lazily across the bay, past the Brigg and out to sea; I even managed some shooting-at-nothing record shots, which are simultaneously the very worst and best pictures I think I've ever published here or elsewhere... For the full, over-excited story from at the time, see here and here.
Bottlenose Dolphins bow-riding with us (stick with it to the end)...
Our Yorkshire Coast Nature Seabird and Whale Adventures have grown increasingly popular in recent years, and this season - no doubt through a combination of lockdown lifting, lack of international travel options, and a general hunger for life-affirming nature fixes - they (and all our other local wildlife tours) went through the roof, to the point where we could've booked them all many times over.
... and Minke Whales provoking beautiful reactions
And of course, the wildlife didn't disappoint. I had the pleasure of leading the many of pelagics this year for many lovely clients, and we'd the company of Bottlenose Dolphins and Harbour Porpoises on various occasions and a wide variety of seabirds, many offering close-up photo opps for our clients; but to be honest, it's the whales that usually steal the show, and the Minkes again performed admirably on the majority of our trips. 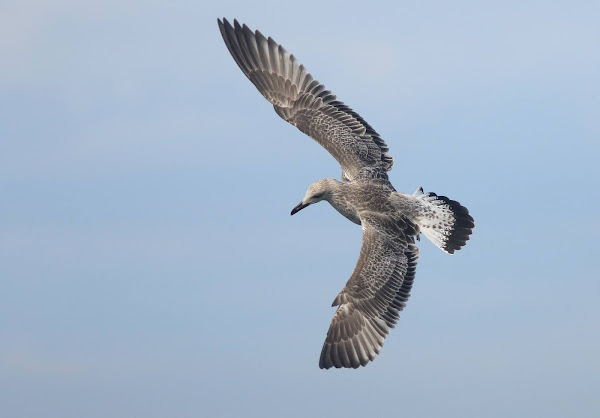 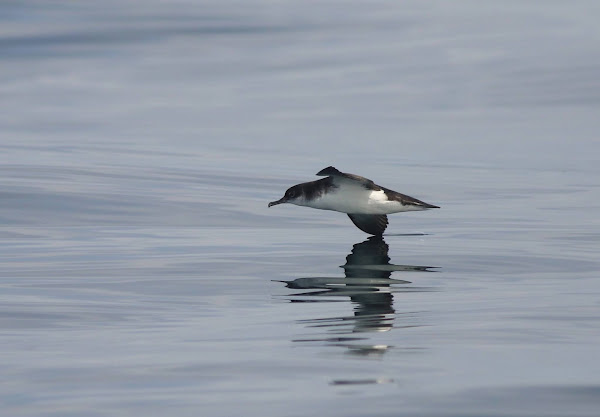 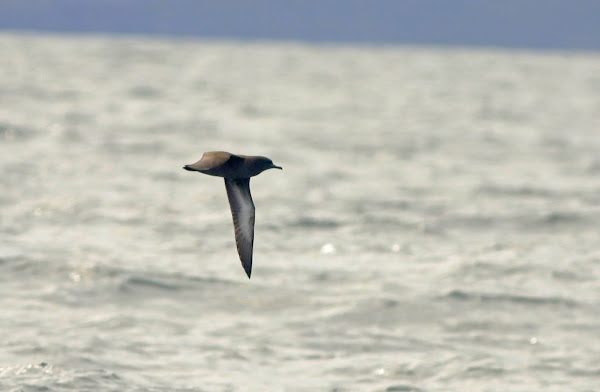 Caspian Gull, Manx and Sooty Shearwaters - a few of the many seabird highlights on our YCN trips this year 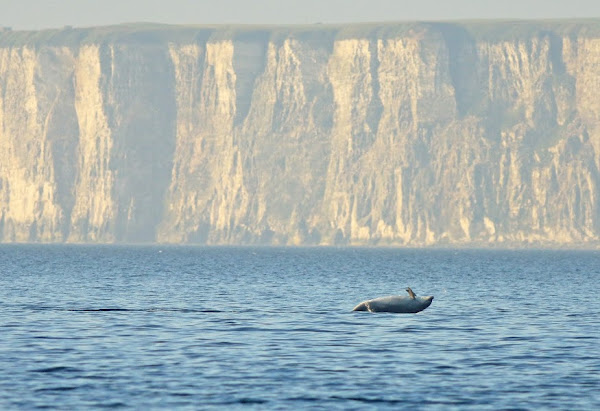 Bottlenose Dolphins in Filey Bay - a regular sight from dry land in the summer months
And as July wore on, so the seasonal opportunities to enjoy cetaceans from dry land increased - Minkes, Harbour Porpoises and (especially) Bottlenose Dolphins were on view from the shoreline here in Filey (above and below), with the latter species particularly prevalent, and increasing in numbers and sightings every year. 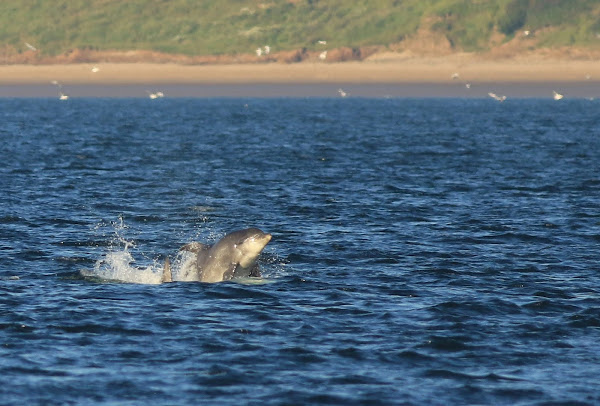 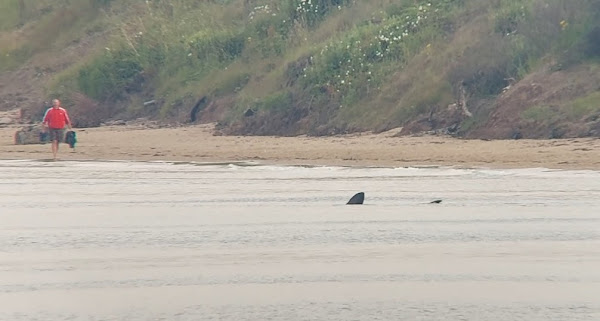 Basking Shark in the bay - a very rare visitor that unfortunately didn't make it any further
The lifting of restrictions inevitably also saw an unprecedented flood of visitors to the coast, however, and with the pleasant weather, Filey was (understandably) swamped; so we did what we usually do in the height of summer - while others head to the coast, we head inland, especially to the forests. 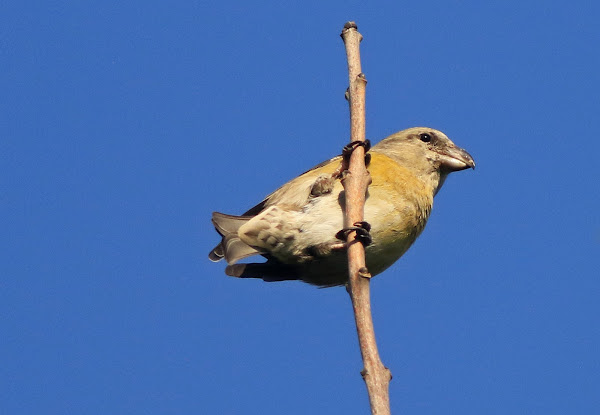 We have the luxury of beautiful, wildlife-rich and effectively deserted 'secret' spots within a half hour's drive, and we made the most of them, wiling away many long summer afternoons with Goshawks, Dippers, Redstarts, Honey-buzzards, Kingfishers, Crossbills (above and below) and more for company. Spoiled, I know. 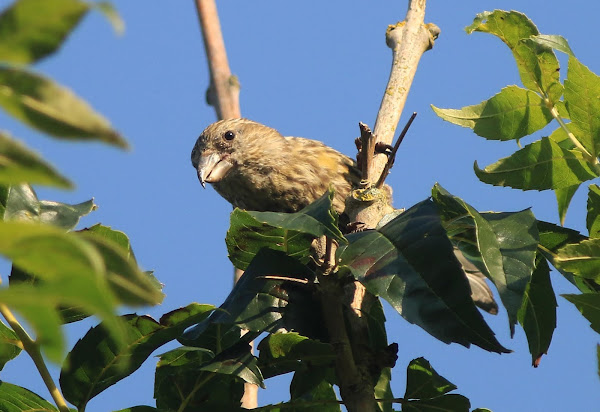 Early autumn migration moves up a gear in mid-July, particularly where shorebirds and concerned, and as usual I spent time down on the Brigg and especially at local wetlands (often during / after favourable conditions, notably storms). There was plenty of action to enjoy, including a memorable flock of 63 summer plumage Black-tailed Godwits that dropped in in front of me at the Dams (a local record) and a smart Temminck's Stint at East Lea (I seem to get lucky finding this species locally, with a handful at both Filey and Flamborough in recent years). 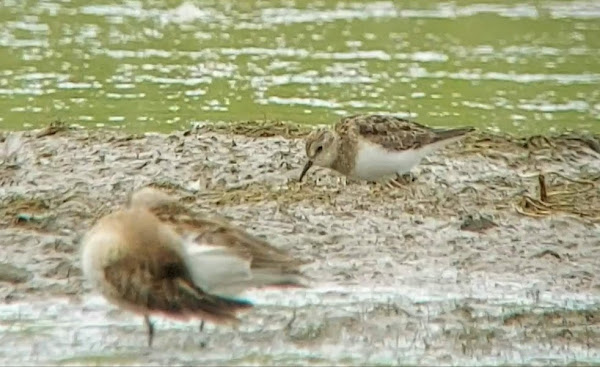 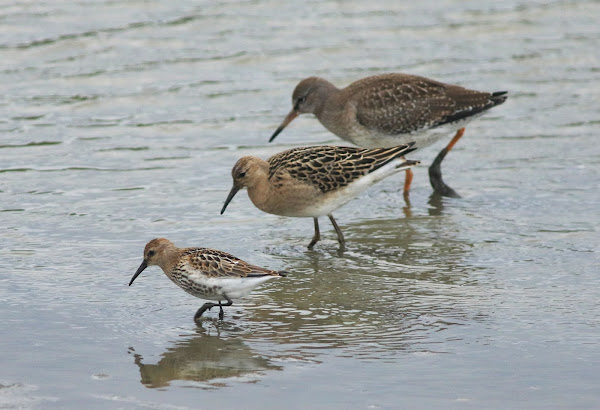 Dunlin, Ruff and Redshank at the Dams
A few of the Black-tailed Godwits that illuminated the Dams 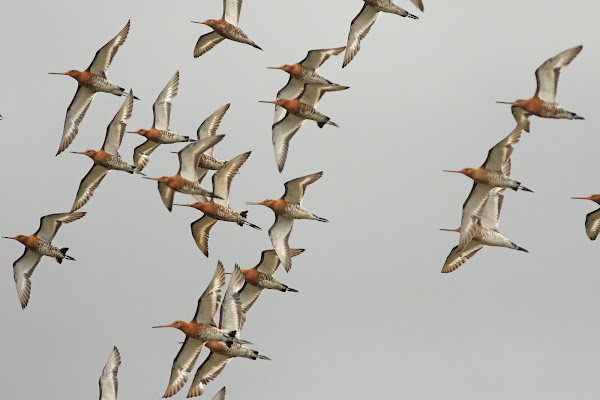 Down on the Brigg and the unpredictable, transient joy of tern congregations provided some fine sessions, notably including three Black Terns among hundreds of congeners in mid-August - 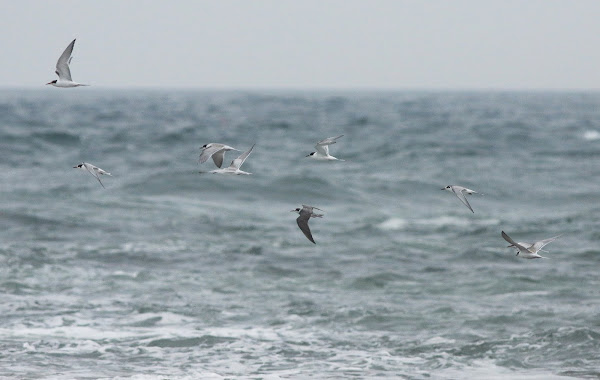 - which is when the first real waves of long-distance passerine migrants are hoped for, at least with favourable weather conditions. Despite the crowds (and also lack of access to quieter hotspots), classic species including Willow Warblers, Whinchats and Pied Flycatchers were all on the move: 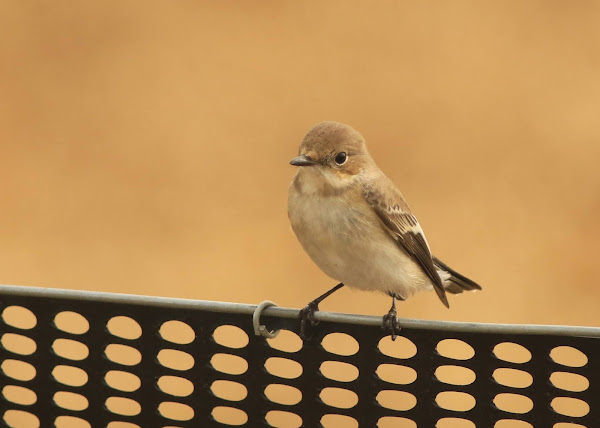 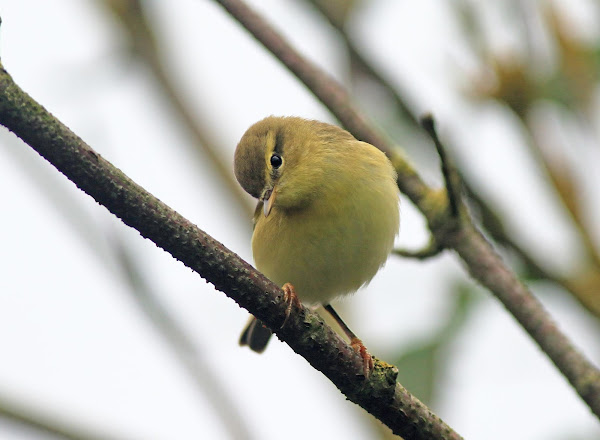 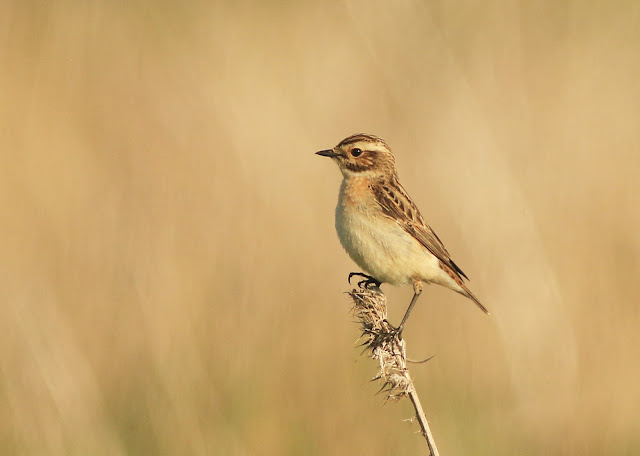 September became increasingly busy, with the resumption of our Humber Bird Surveys, the continuation of our YCN Pelagics and the beginning of my YCN Autumn Migration Specials - the latter all happily booked up well in advance and spent guiding small teams of clients around the best of the day's migration action on the coast. Flamborough was, as ever, particularly productive, and we had some excellent days in the field there and elsewhere (see, for example, here). 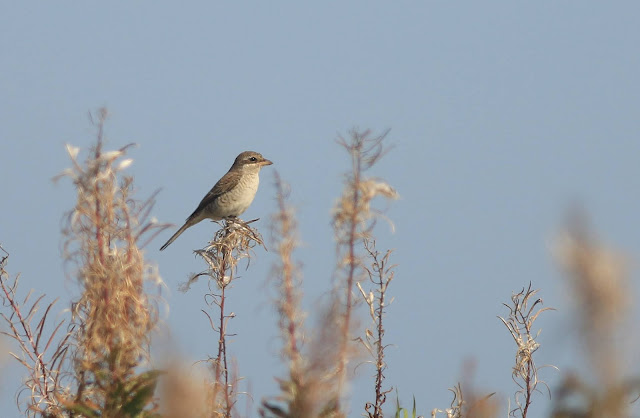 Long-planned trips further afield were cancelled one by one, and so much-needed five-day getaway with the Mrs to North Wales - specifically Anglesey, and a static caravan air BnB in the middle of a field - in September was wonderful. We spent much of it exploring the hidden corners of the island, as well as two leisurely, long, oooh-and-aaah soundtracked drives through Snowdonia and a sunny day at Portmeirion. Birding was largely as collateral, but did include many Choughs and Ravens, plenty of Greenland Wheatears and a smart adult Rosy Starling: 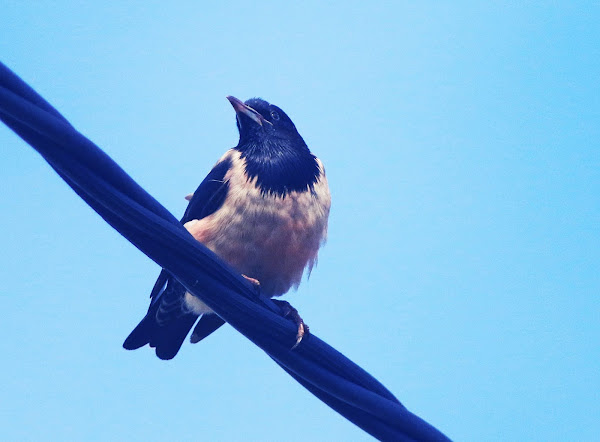 Snowdonia - yep, it really is this beautiful....
Looking back over this period now - ie July, August and September - it conjures many memories of relief and reprieve (however temporary), and of just being grateful to work, bird and play in a manner that looked unlikely even a month or so previously; sacrifices were relatively few and manageable, and seem increasingly irrelevent when reviewing what was a great three months of keeping it local, enjoying good weather, spending a lot of time doing things I love with good people, and jumping in the sea at any given opportunity.... 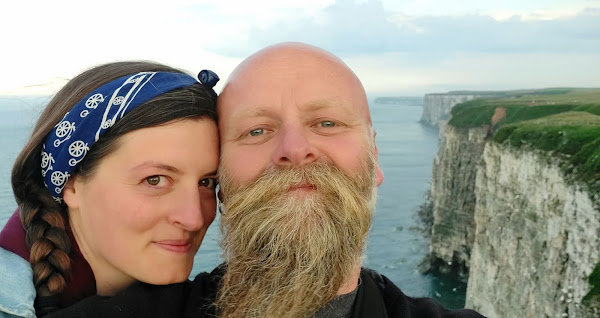 Midsummer at Bempton - when it's just you, the Mrs, and half a million seabirds....
Posted by Mark James Pearson at 17:22