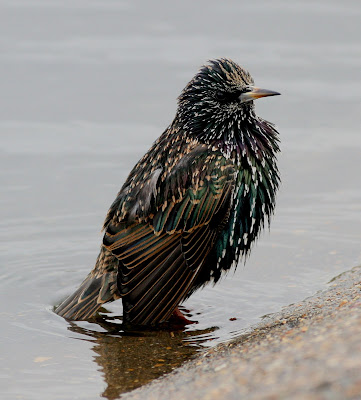 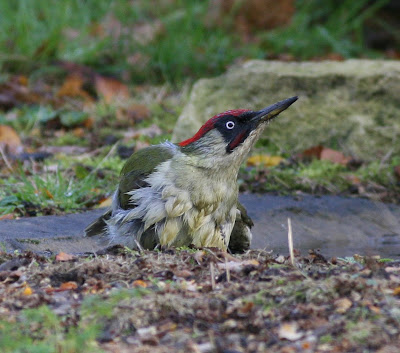 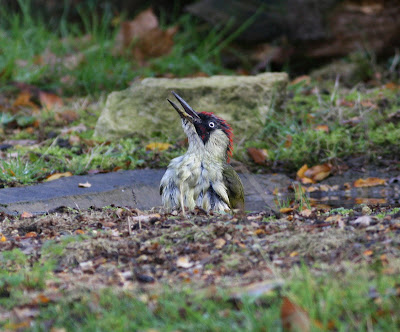 Another work-related opportunity to swan around another London site, and a chance to hook up with one of the capital's longest serving patch-watchers, resident Wildlife Officer Tony Duckett. A bespoke guided tour of the park courtesy of Tony, a true gent and the proud owner of thirty-odd year's worth of local records. The BBC forecast was very grim, which naturally resulted in a beautifully sunny, still few hours in these well-known Loyalist ex-hunting grounds.

No migrants to speak of as was to be expected, but a chance to familiarise with the site and also it's extensive wildfowl collection. Too many exotics to mention, but good practice to compare e.g. Lesser and Greater Scaup within a few metres; a drake of the latter species is as tame as the rest, and yet apparently arrived 14 years ago, fully-winged and obviously intent on the easy life.

Tony also showed me around the migrant honey-pots, of which there are several particularly mouth-watering areas which scream e.g flycatchers, warblers and chats; little wonder he enjoys his extended walkabouts in spring and autumn so much....

Also managed to get close to a ringed Black-headed Gull, and by circling it with the camera I got photos from all angles and hence the full ring number. It's life story to follow, hopefully.
Posted by Mark James Pearson at 00:21