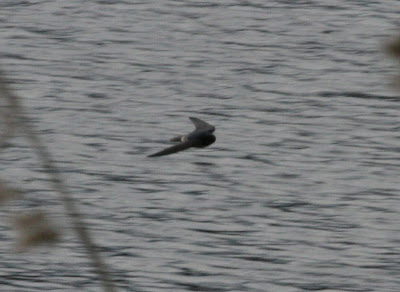 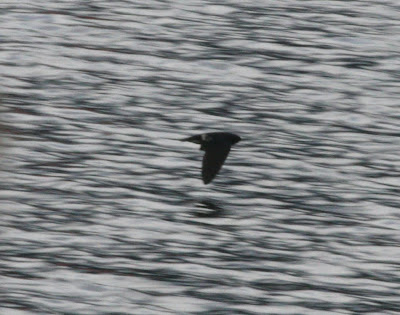 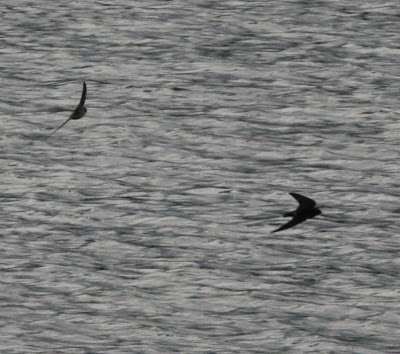 Another one from the local patch, another from last year, and another mystery. Appearing with a mixed flock of (predominantly) Barn Swallows, House Martins and Common Swifts over Stoke Newington Reservoirs on the evening of 11th May, and immediately standing out, the bird apparently shared most characteristics with the Barn Swallows it was hunting insects over the East Res with, except for several obvious differences - most strikingly, its short, squarish, apparently undamaged and symmetrical tail.

Also apparent in good viewing conditions (but often not in poorer light and at distance) was the bird's pale, slightly two-toned partial rump-patch; the upper area of which was a little darker pinkish than the lower area (similar to the rump colouration of e.g. Red-rumped Swallow). The feature was by no means clean-cut or extensive as on e.g. the latter species or House Martin. 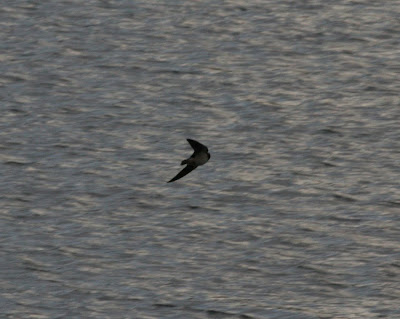 Most other features were apparently as Barn Swallow, although the vent / undertail coverts were a shade darker when observed close to, and at times the bird appeared less sleek and more broad winged (although the latter feature may have been a proportional 'trick' associated with the short tail). The bird fed actively over the water (both high and low) and gave good, reasonably close views in overcast conditions. 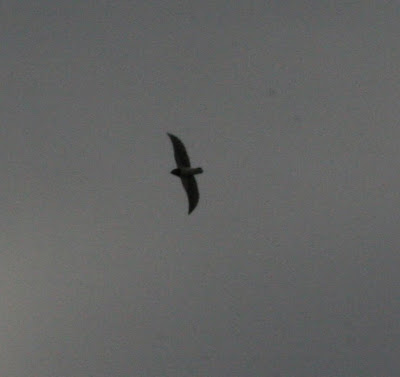 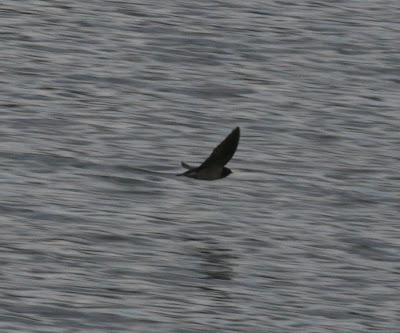 Possibilities? pure Barn Swallow, and the other regular European hirundines, can be comfortably ruled out, as can (to my knowledge) any other swallows and martin spp.; based on the anomalous features the likelihood of a hybrid of some kind seems very compelling, but of what parentage? 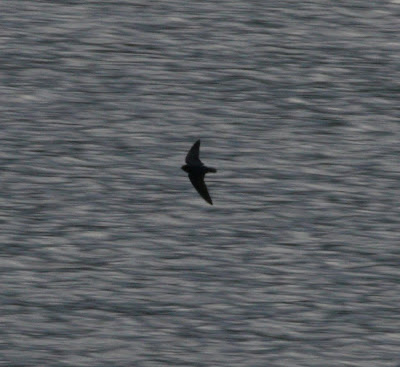 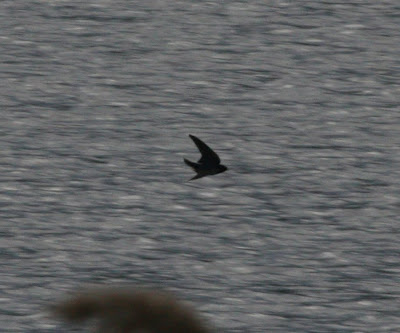 Barn Swallow x House Martin would be the most likely candidate based on known frequency of hybridisation (rare, but relatively well-documented) and the abundance of both species geographically; but a hybrid of these two species surely wouldn't show a short, square tail and a pale rump patch. Of all the photographs and descriptions I can find of this combination, none even come close to the SNR bird.

Opinions were sought from various sources, but no further light was shed; David Sibley, who was kind enough to comment on the bird shortly after, expressed general confusion over its identity, concluding with "there just don't seem to be any likely candidates".