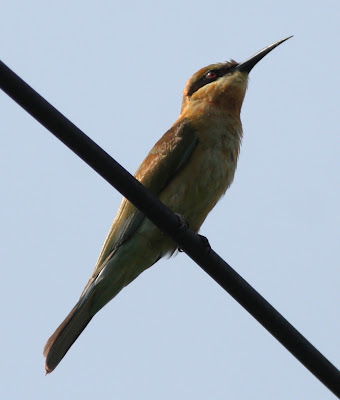 All three morning sessions in the park, over the course of our four days in central Bangkok, made for constantly inspiring birding and produced an impressive array of species; each morning also produced subtly different roll-calls and numbers of passage visitors, highlighting how productive and entertaining the site is during migration periods. 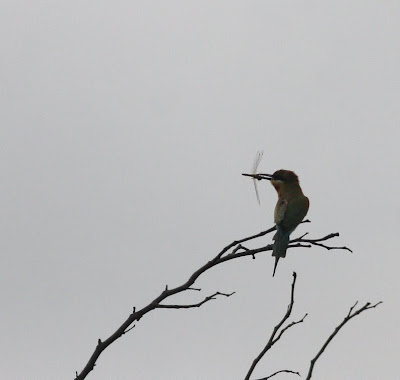 With this being a virgin voyage to Thailand, many of the residents and commoner species were brand new - hence the initial adrenalin-fuelled, landing-on-a-new-planet, multi-species assault that comes with birding in the midst of an alien avifauna - but soon enough the local patch mentality took control and seeing the wood through the trees became steadily easier. 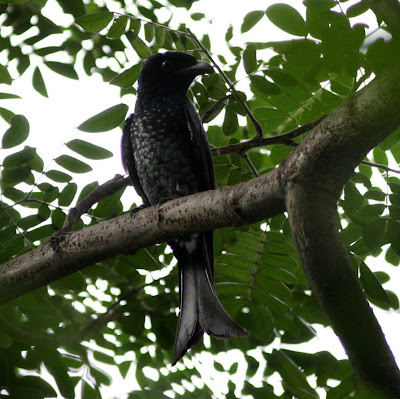 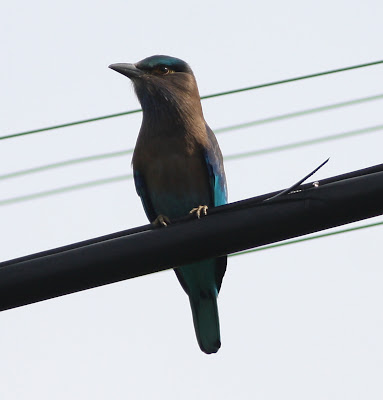 The second morning (26th) saw even more migrants, and the planned two hours from 0630 turned into almost five almost without noticing. Close-up views of a male Siberian Blue Robin in the understorey along the river were perhaps the highlight, with back-up including at least 12 Eastern Crowned Warblers, ten Asian Brown Flycatchers, three Arctic Warblers, a Plain-tailed Warbler, five Blue-tailed Bee-eaters and three Yellow-rumped Flycatchers (including a superb adult male - see post to follow). 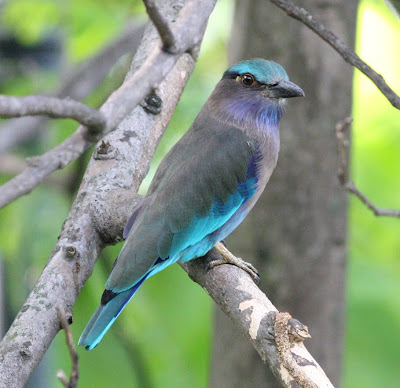 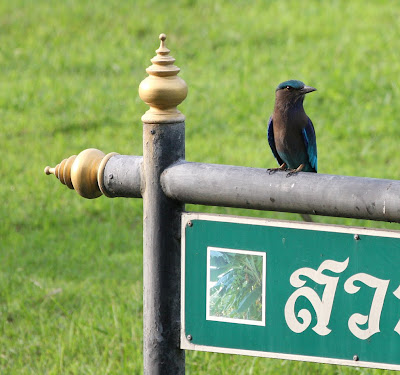 The 28th was my third and final opportunity in the park, and although there were fewer migrants, there was still much to discover - the pick of being a Grey Nightjar, which landed in full view, stuck around for all of ten seconds and promptly disappeared. Asian Barred Owlet and Small Minivet were also lifers for the day, and a heavy passage of Barn Swallows hinted at the park's potential for visible migration watching. 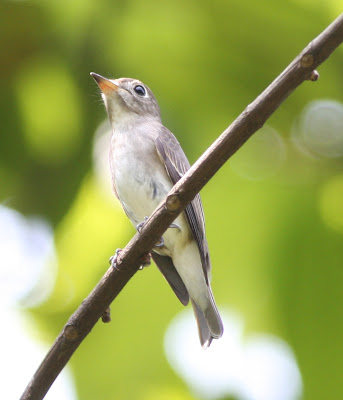 Suitably dirty and drenched in sweat, it was time to jump on the skytrain back into the city centre (as usual repelling a carriageful of Krung Thep in the process), where we'd soon be packing up once again, this time journeying south overnight. 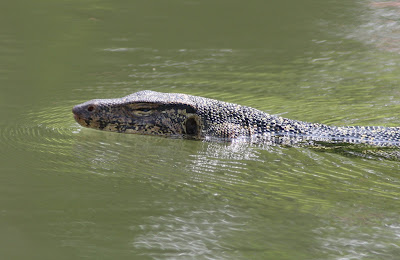 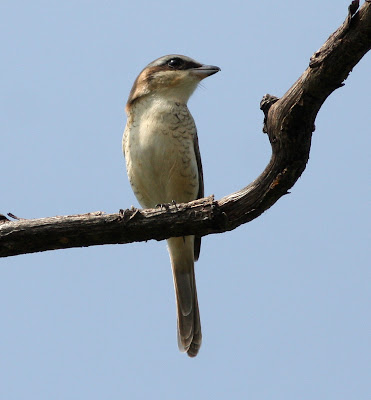 As a place for rewarding, often unpredictable urban birding while passing through this Bladerunner-esque city, Suan Rot Fai scored highly in all respects, and it'd surely take a long, long time before the sound of the pre-dawn alarm was anything but a sweet sound, especially during migration seasons. Thanks again to Dave for sharing info and knowledge. 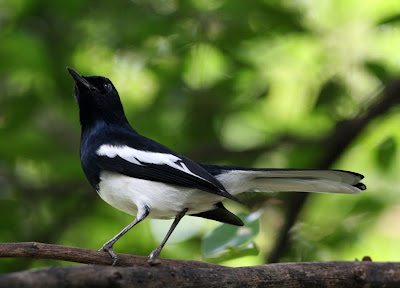 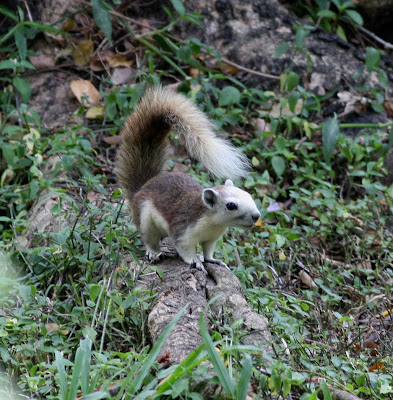 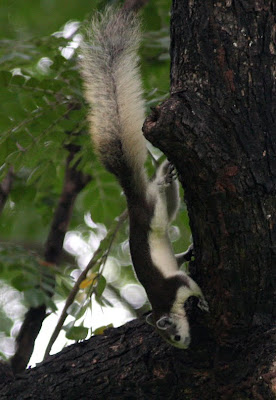 Oriental Magpie-robin and the local two-tone squirrels
Posted by Mark James Pearson at 07:14