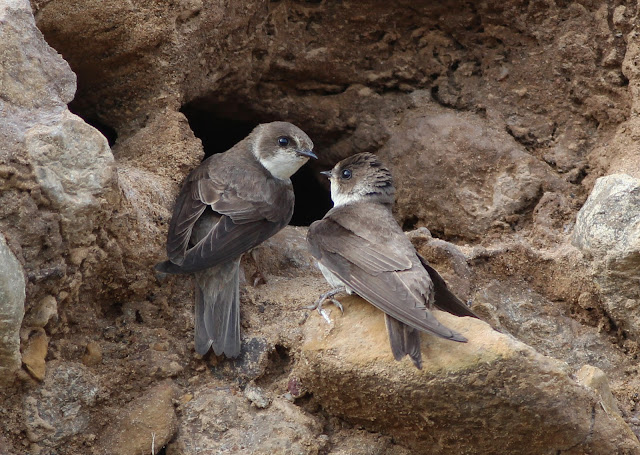 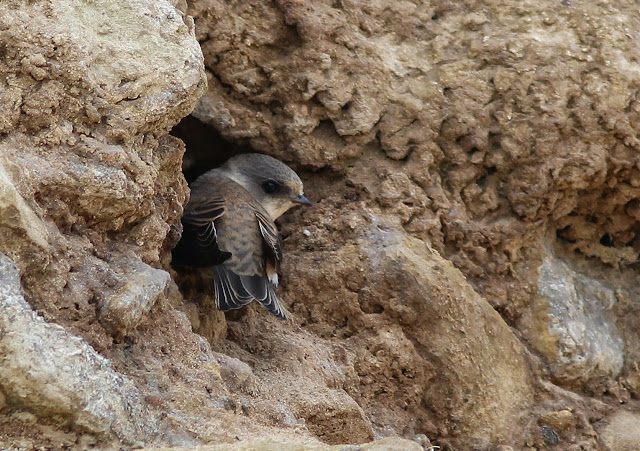 After a rogue pair pioneered an unnervingly accessible nest site at the foot of Carr Naze last year (see here), this spring saw fifteen pairs choosing the same area of strata within which to painstakingly excavate their nest chambers. Nervous weeks expecting the worst followed, but against the odds, pretty much every pair had either fledged or were close to fledging young, and a few days ago I spent some time watching and photographing the colony - with an unexpected twist.


Concentrating on three siblings together in an entrance hole, after a while I noticed two adults digging furiously with bills and feet at an apparently unremarkable part of the bank just above them (showering the tenants below with comedic effect). The same manic excavating continued, not just with the (presumed) parents, but with a another bird, too; it being so late in the season I assumed it was perhaps a behavioural dummy run, but as the activity continued, a small hole appeared in the mud, and I was amazed to see a small part of a nestling's head just visible.

The previous night and morning saw violent storms and persistent heavy rainfall, causing a mudslide that had evidently completely blocked the hole and left no trace of its existence. Incredibly, rather than desert the nest, the parents - with additional help from at least one other bird - somewhat heroically managed to dig through, with an amazing determination. How long they'd persisted is hard to say, but judging by the depth and extent of freshly excavated mud, they'd begun a long time before I'd arrived. 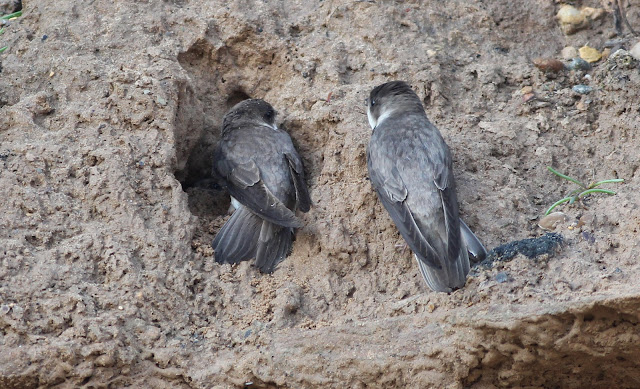 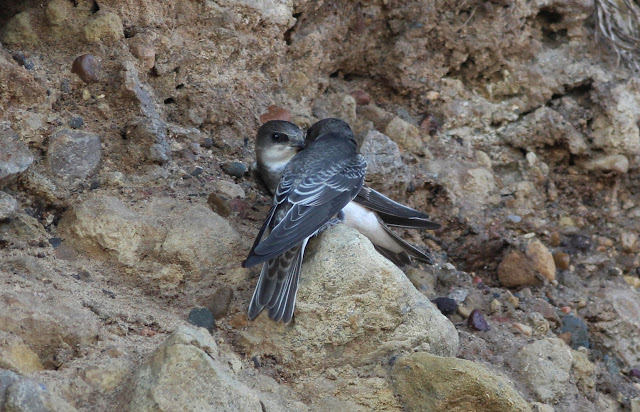 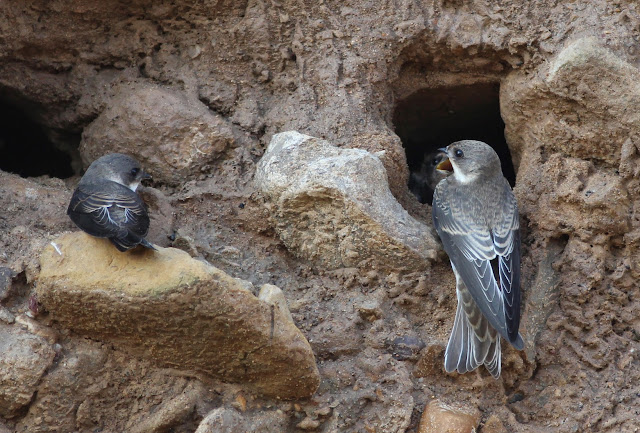 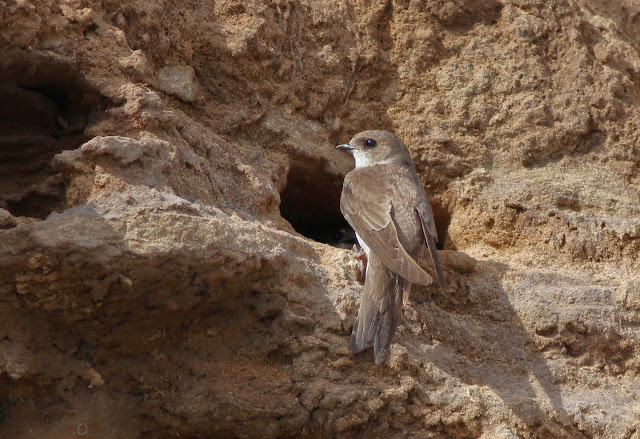 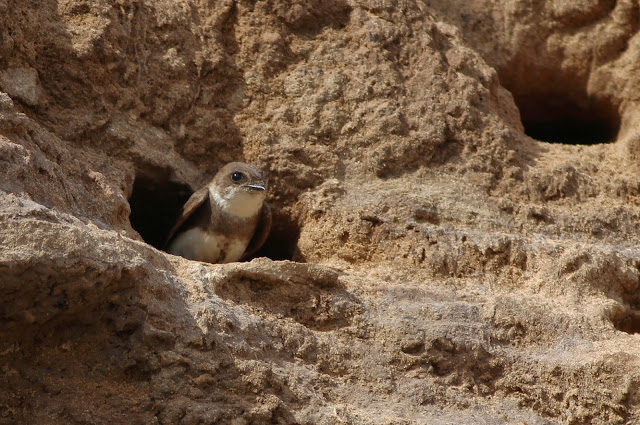 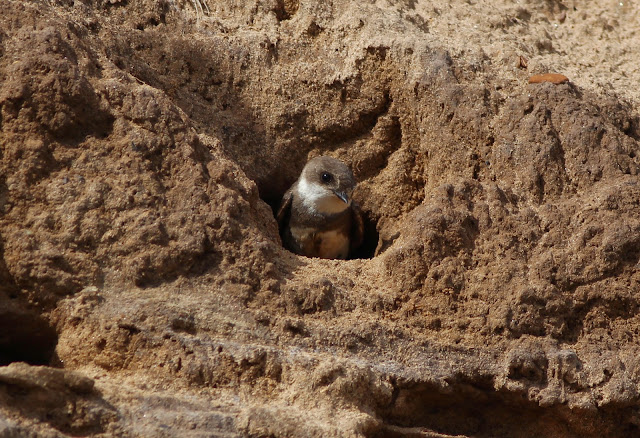 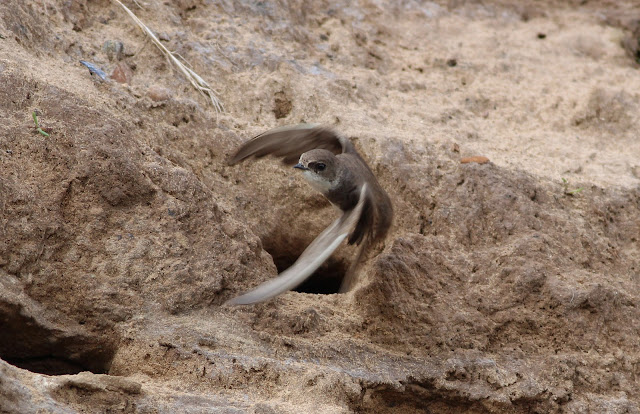 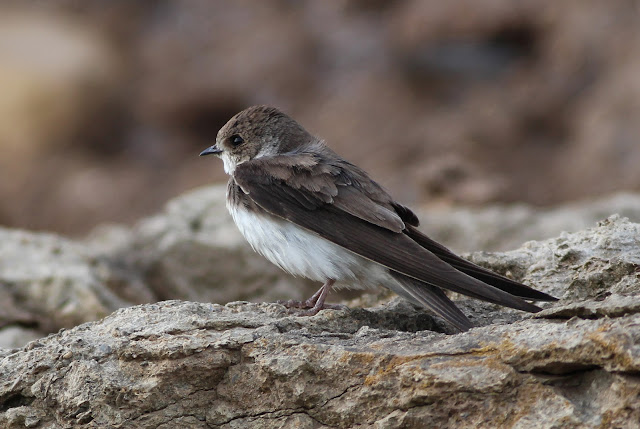 Posted by Mark James Pearson at 18:32