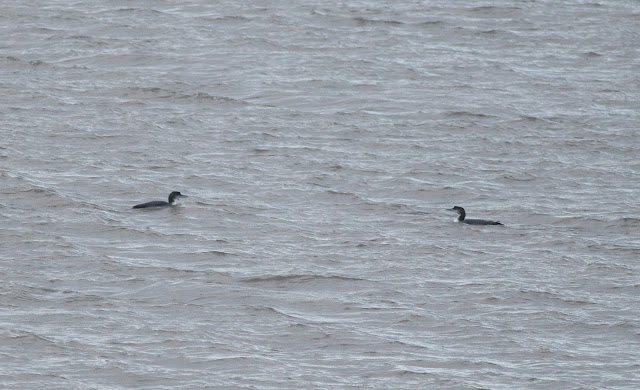 These two juvenile Great Northern Divers were in the bay by the sea-watching hide at the weekend during the northerly gales (and were part of a record-breaking 11+ I had on the day), and behaved in a way I've never seen or heard of before; maybe it's not so rare, and the photos are pretty crappy in the poor conditions, but worth posting as an aside. 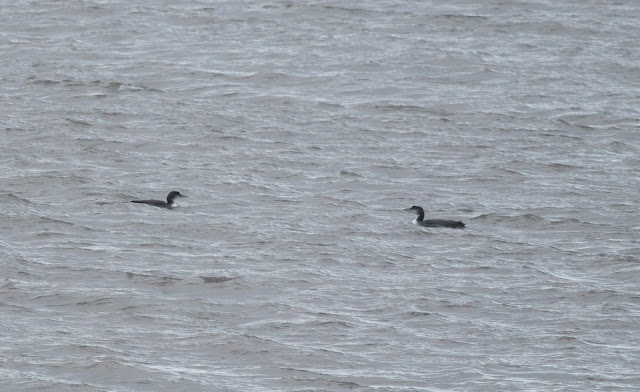 The two birds were a considerable distance apart and began calling to each other - a high-pitched, eerie moan - before swimming directly towards each other, still calling frequently. They then circled each other closely a couple of times, and began bill touching - apparently non-aggressively - for a good ten seconds or more, which included gently gripping each other's bills, before circling each other closely again and swimming off side by side. 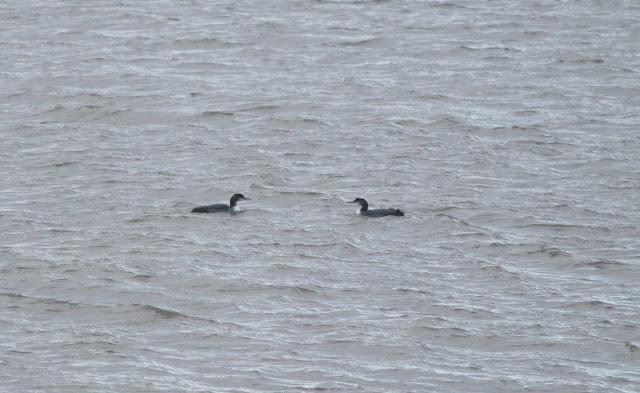 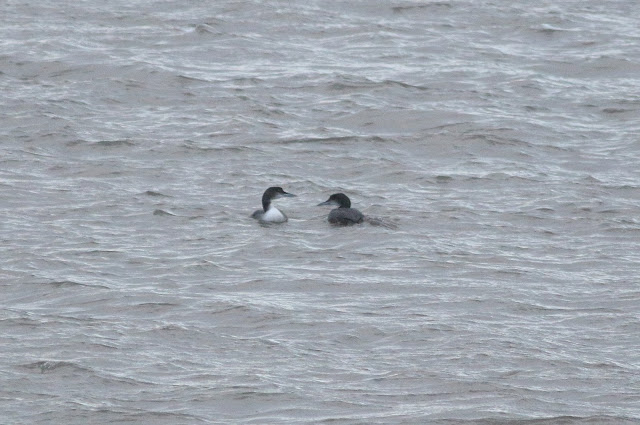 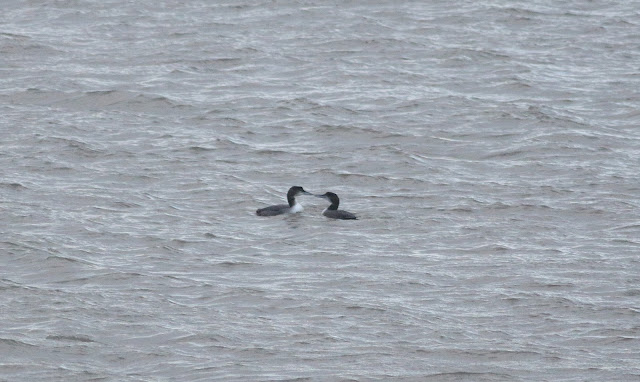 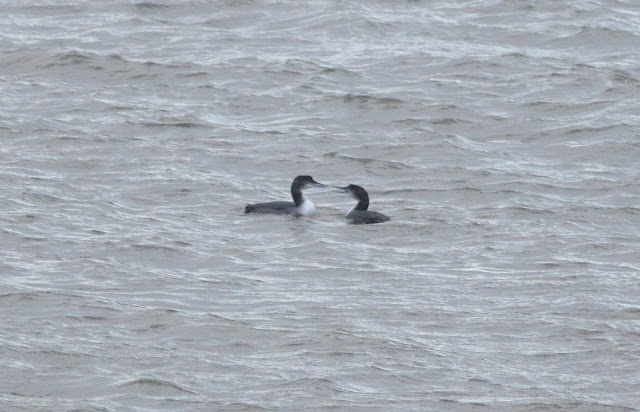 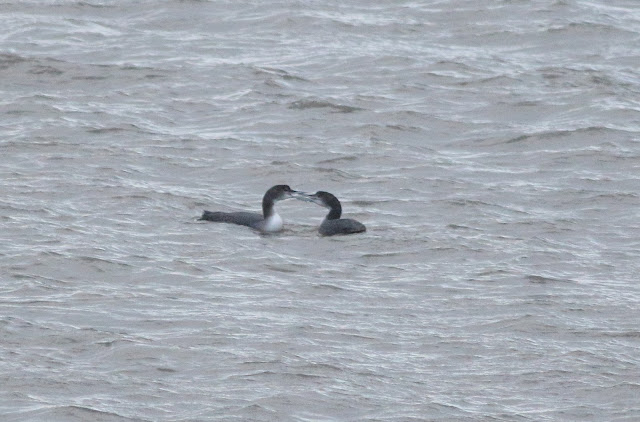 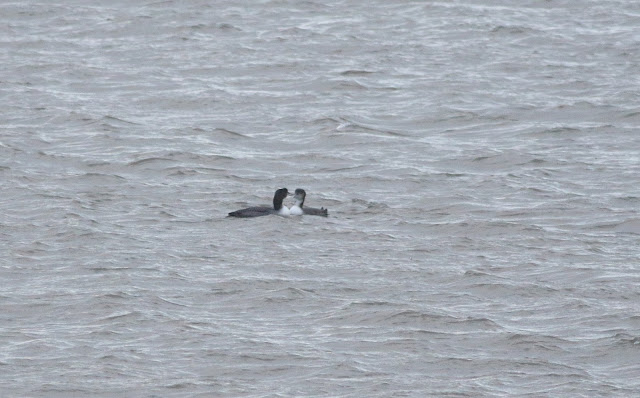 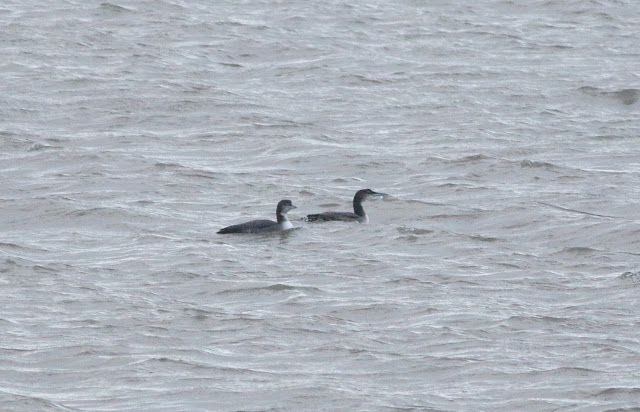 Posted by Mark James Pearson at 09:52