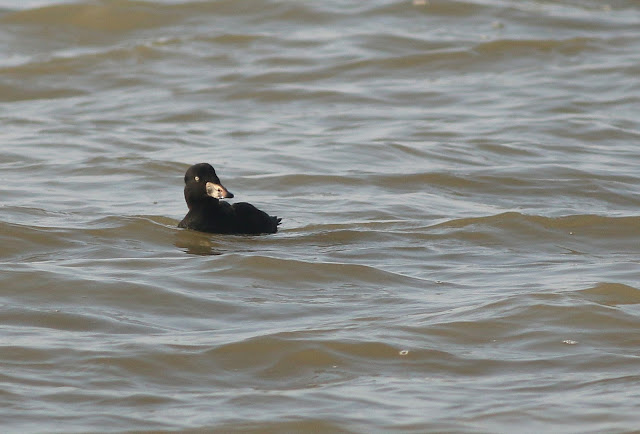 Well, not yet. Amazingly, it's been over three months since I first came across this initially nervy North American bobbing around on a rough swell out in the bay; after settling into a daily routine of razorfish, snoozing and trying to make friends with anything that moves (today it was a drake Eider on the receiving end of his affections), there's still no sign of any haste to head for the homeland. A steady stream of admirers continue to appreciate his presence, however, and for those aiming to connect over Easter, scroll down for maps and directions. 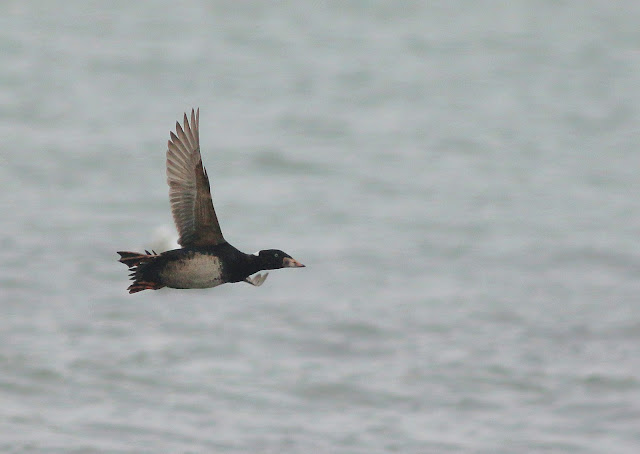 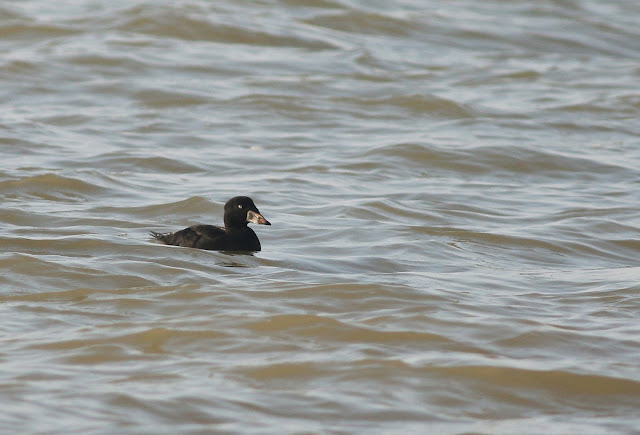 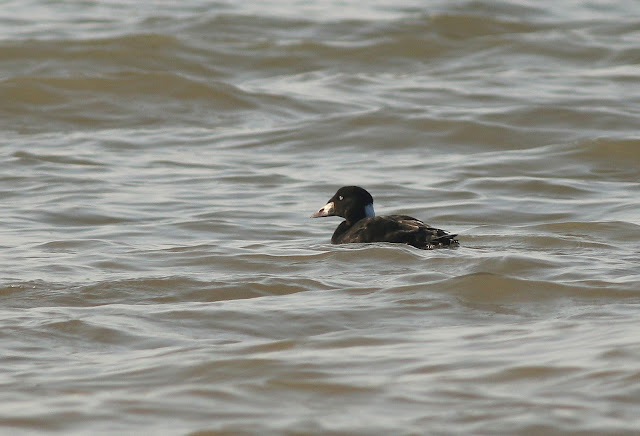 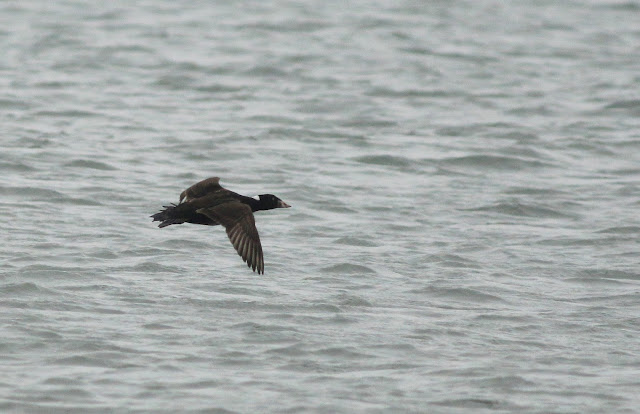 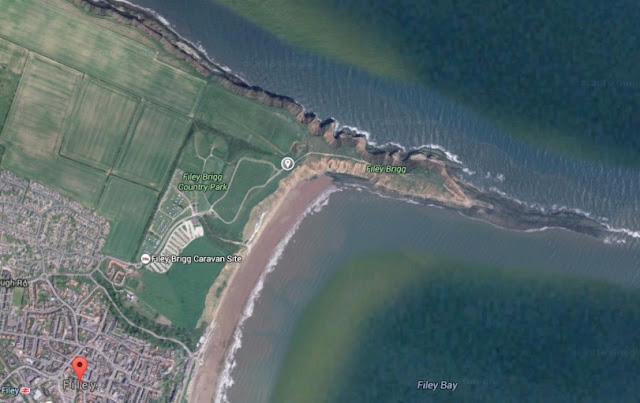 Park at the top car park in the Country Park (see waymarker above), having bought a ticket on the way up (the last machine is just beyond the cafe). Depending on mobility, tide and / or laziness, your choices are:

1. 'Scope from the clifftop just by the car park, scanning along the southern flank of the Brigg. Views will be distant from here at best.

2. Walk along Carr Naze (the 'topping' of the Brigg), following the path as far along as necessary - it's more than likely the bird will be best viewed from the very end (by the small fence), but check the shore along your right in case it's on a rare foray further west. 'Scope views will likely be good from here, and binocular views reasonable.

3. If you want to get closer (which can be well worth it), there are several ways to get out onto the Brigg itself. If the tide is on your side, you can walk via Arndale (the wooded ravine opposite the cafe in the CP) and out along the south shore of the Brigg. If the tide is too high, or you prefer a shortcut, there are two ways down to the Brigg from Carr Naze: via the path halfway along on the right, or via the slope at the very end. Note however that neither are for the faint-hearted or less mobile (particularly the latter route), and are negotiated at your own risk, especially in poor conditions. 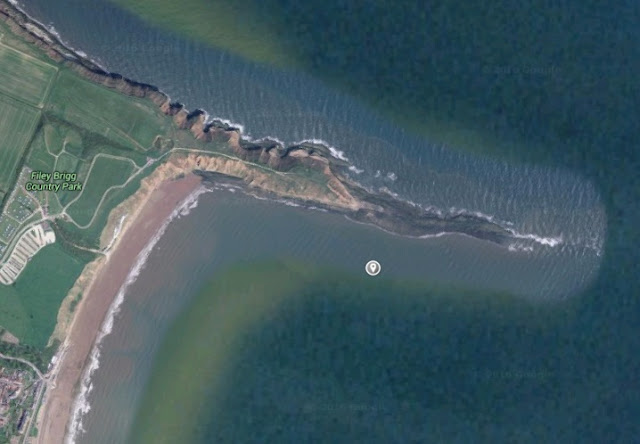 The bird is remarkably faithful to a section of the water within 50 metres either side (east and west) of a blue container anchored offshore (and easy to see), and between 20 and 70 metres off the south side of the Brigg - see waymarker on the above map. Good luck.

Posted by Mark James Pearson at 15:52