White-rumped Sandpiper on the Brigg 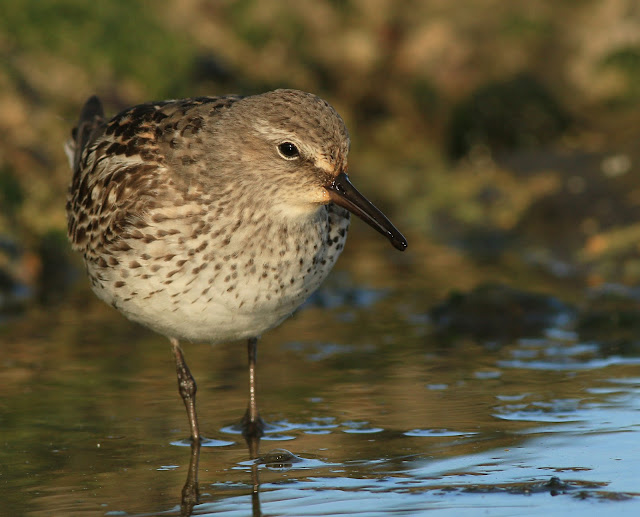 From last Friday, sandwiched neatly between my driving theory test (in a booth in an office in Scarborough, message-ridden phone bouncing off the walls of a locker) and a fantastic Spurn Migration Festival (more of that to come). I've banged on a million times both here and elsewhere about the magic of the Brigg for uniquely close-up and heart-stopping experiences with ultra-tame, clockwork-toy waders - it was a major part of my talk the next day at Migfest too as it happens - and so regular readers will know how much pleasure I get out of communing with them on this magnetic tidal promontory. 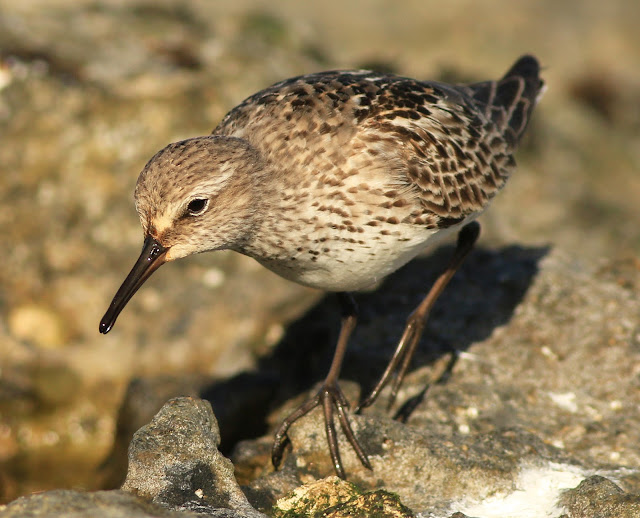 Being otherwise engaged with breaking distances and hazard perception when the bird was found (by visiting birders - well done Simon and Kevin), we wisely dispensed with both as Rich and I tore it up back to Filey and headed down onto the Brigg, where a hot-out-of-the-blocks Dave (Aitken) informed us of the bird's buggering off 15 minutes before. A good scour of likely feeding places and small scattered wader flocks yielded nothing, and it wasn't looking at all promising. "Don't worry, you'll probably tread on it in a minute" was Dave's optimistic take on events, and amazingly, within a couple of strides, I literally almost did.... 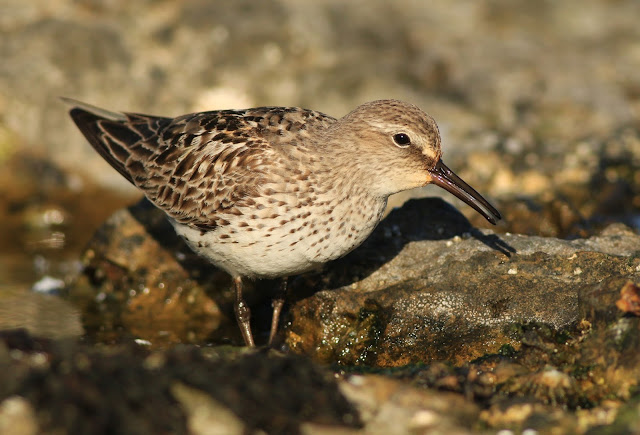 Like many other less-rare predecessors, it didn't care a bit, immediately carrying on feeding around us and trotting nonchalantly by our feet as we struggled to get far enough away for photos. Just a wonderful, wonderful bird, shared with good people (mostly from the greater Flamborough crew), at one of my favourite spots on the planet; and I know I've said it ad nauseum, but where else would you get so close to such a special little shorebird? 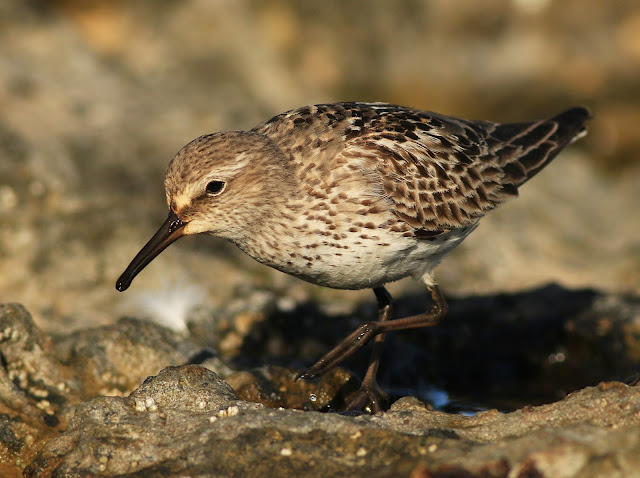 Posted by Mark James Pearson at 19:10