Back in the ring 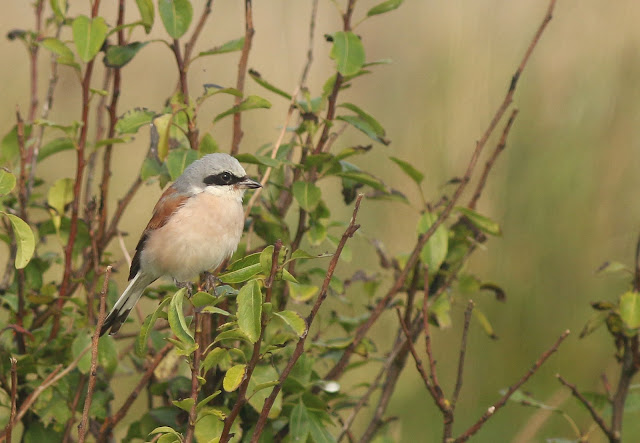 So the autumn so far has been something of a, well, slow burner for migration up here... which in many ways has been just as well, with few opportunities to truly get in the thick of it. There have been plenty of the aforementioned stolen hours here and there, however, mostly at Flamborough pre- and post-work, but these last two days have been the first of the season where time off and encouraging conditions have coincided - and so I've spent both birding from pre-dawn here in Filey until the birds ran out late afternoon. 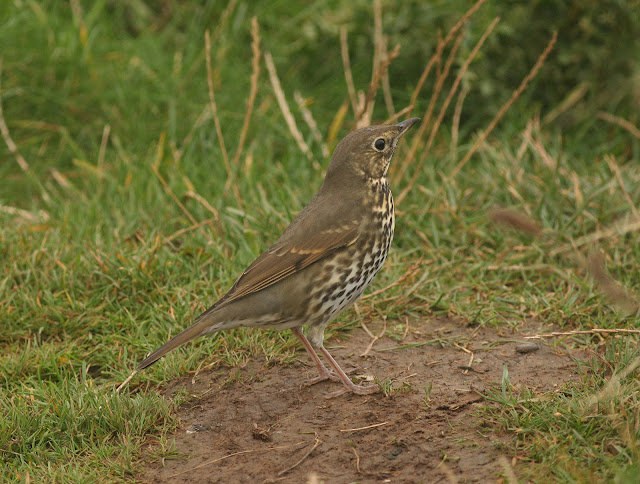 And what a pleasure it's been. Nothing too rare, despite the easterly airflow and variable fog and cloud (unfortunately punctuated by extended sunny periods), but finally a couple of days where landbound migration kept in a spring in the step, an eye on every suspect movement and an ear on every incoming call. A couple of hours in the Carr Naze area before work on 25th in the fog produced a dark-headed flava wagtail in off, frustatingly beating the auto-focus in the process, but a handful of continental Song Thrushes and a fresh-in Yellow-brow on the cliff to path were enough to get the juices flowing for the upcoming free time. 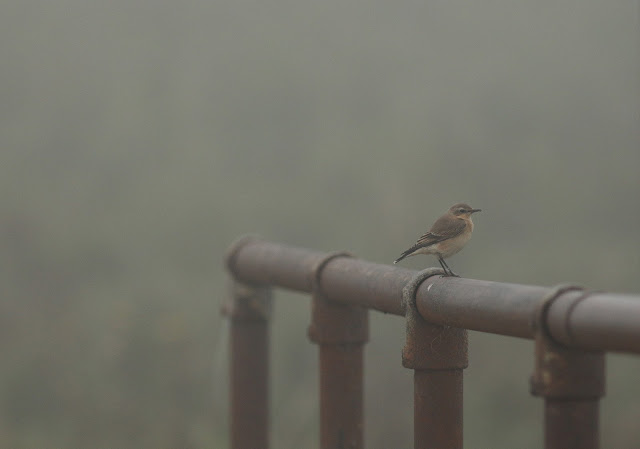 Dawn on Carr Naze yesterday (26th) was initially quiet, but an hour or so after first light and birds began to arrive through the banks of fog - first a few Song Thrushes, then a Mealy Redpoll, then a few more Song Thrushes - and before long it was time to check Top Scrub, where Dan and the team had the nets up and were already catching. A (very strong candidate) Siberian Lesser Whitethroat - more on this bird to follow, but it was a cracker - in the hand was quickly followed by a Firecrest darting through the misty canopy, three Yellow-browed Warblers tsooesting and Pied and Spotted Flycatchers among commoner migrants. 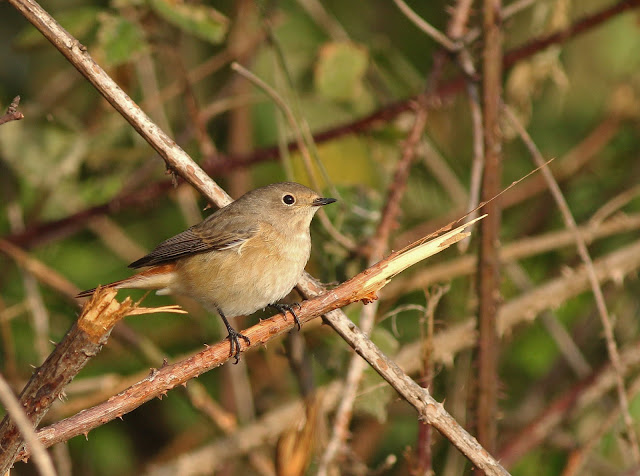 Back home for a quick breakfast and after running the Mrs to work, back in the field within 40 minutes and up to Gristhorpe Bay to check the clifftop scrub and hedge for grounded migrants. A slow scan of the fenceline, and bingo - a sharp-as-a-razorblade male Red-backed Shrike stared back at me before resuming its pest control duties. Ignoring the group of five Whinchats nearby, I snuck closer, and the shrike snuck closer to me, leaving me with fantastic views and twenty very, very well spent minutes together. The rest of the afternoon meant more patrols of Carr Naze and Top Scrub, and plenty of variety - Bramblings, Siskins, more thrushes and other finches, a scattering of common warblers (including ever-present and vocal Yellow-brows), an upsurge in Robin, Dunnock and Goldcrest numbers - and despite much activity drying up by mid-afternoon, even at dusk there was evidence of new arrivals, with new Robins and Song Thrushes on the Carr Naze clifftop. 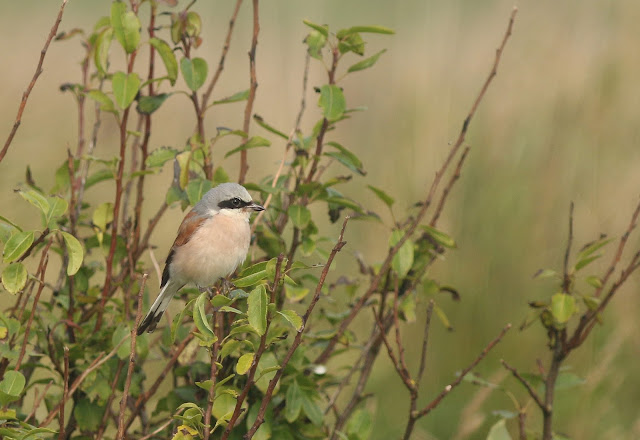 Today? Well much the same in truth, although again, a steady turnover of birds, including at least five well-spread Yellow-brows, my first Ring Ouzel of the season chacking along Short Hedge, more new Robins and thrushes, a Dunnock watched arriving high and in off (a real highlight - I'm not kidding!), new Pied Flys and chats, and the constant promise that the next bird might just be the big one; but if not, who cares - it's a joy. 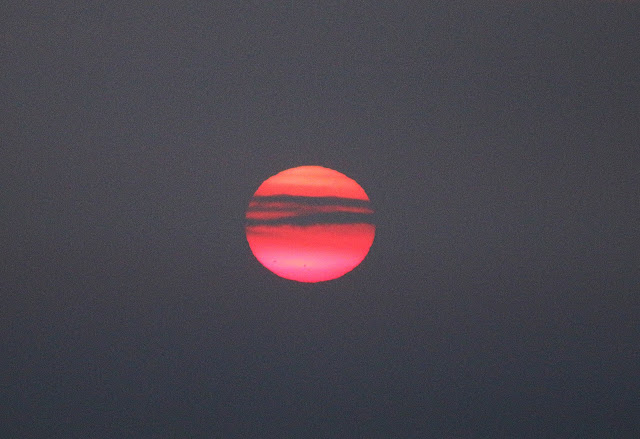 Posted by Mark James Pearson at 21:48