I should quit twitching right now. Not because I rarely enjoy it, rarely bother and rarely get lucky when I do (although all the above are true), but because last Saturday was pretty much as good as it's ever going to get.


We've been looking forward to spending a long weekend with our dear friends the Perlman clan in Norfolk for ages, especially after various travel plans have fallen through recently because of weather and health issues (and because life gets ridiculously busy as of now, including working every weekend til November). We booked the trains months ago and as far as birding was concerned, maybe Yoav and I could sneak out early for a few hours one morning, but it wasn't a priority - and with little around in striking distance of Norwich, we were more than happy to forfeit any serious sessions.

So our rough plan was to visit Titchwell RSPB reserve and beach, with the whole family, for a few hours on the Saturday. It's a great reserve and only a little more than an hour's drive from base, and an ideal place to wander around with the whole crew. Come Thursday, however, and a potential spanner in the works cropped up in the monster form of a female Snowy Owl well west in North Norfolk; one the one hand, a genuine dream bird for both Yoav and I - but on the other, a hike and a half, and just the sort of temptation that could wreck an otherwise lovely day with messy and changeable plans.... 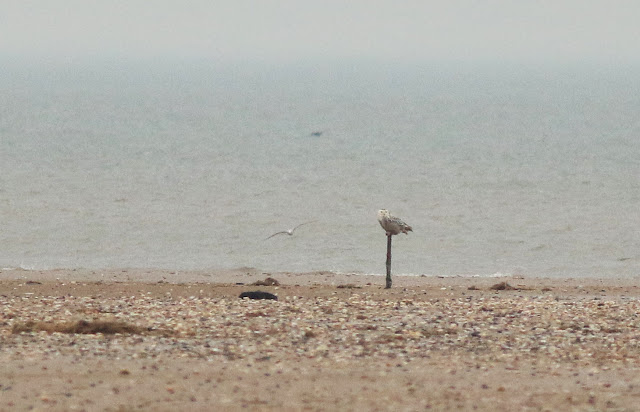 Come Friday evening and, incredibly, it was reported as having moved along the coast to..... Titchwell beach. Er, that was the plan anyway, right? We arrived after midnight the same night, and strategised - get up super early, gun to Titchwell on quiet pre-dawn roads, and if all goes well, be back for a late breakfast? Or, get up whenever with the kids, arse around over breakfast for as long as necessary, tap into our zen reserves, keep an eye on the updates and leave it in the hands of the gods? We went with Plan B - and it was, of course, very much the right answer.


In short, everything went perfectly. We arrived late morning, parked up, and took our time - although Yoav, Uri and I did step on it somewhat for the final 20 mins of the walk, west along the beach. Lizzie and Nathan and some other friendly faces were there, with the bird - parked up on the sand and surveying its temporary empire - looking breathtakingly beautiful in their 'scopes (with apologies to Uri for my language at this point, it was involuntary joy....). 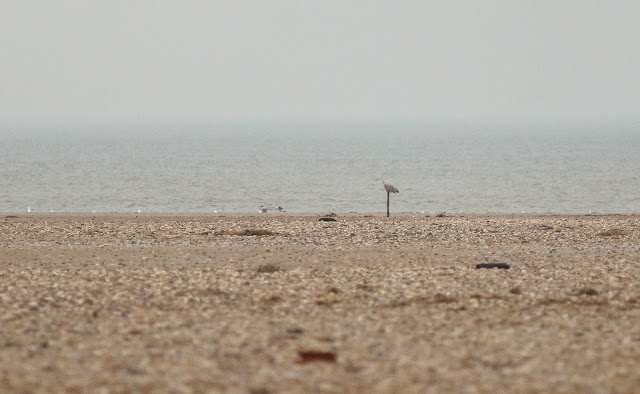 After a good twenty minutes or so, the three of us felt compelled to turn back, with the much-longer-than-expected walk no doubt repelling Amity, Adva, Libby and Noam - at which point they magically appeared over the dunes. Perfect! So we all got to enjoy the owl and the experience together, surrounded by lovely local birders - who didn't mind the kids messing around, and in fact, encouraged them - in a lovely, bird-filled and beautiful place. 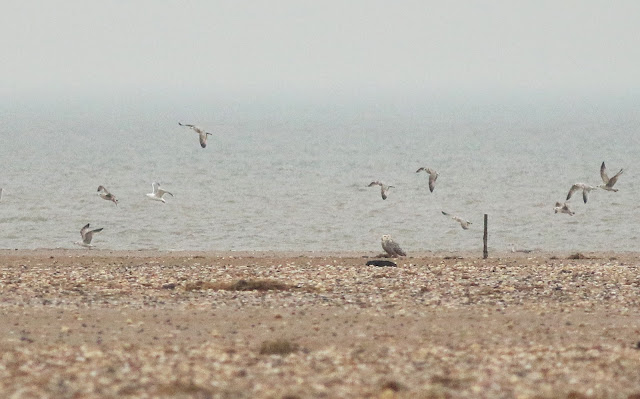 So the Perlmans experienced their first family twitch, and we all had a genuinely great time with an unforgettable bird. It's all downhill from here kids!