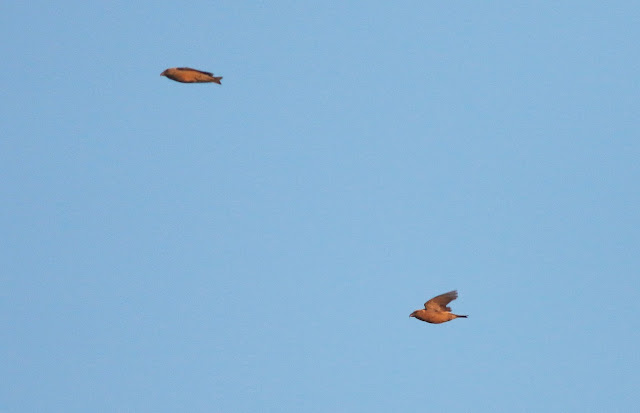 Counter-intuitive vismig anomalies, anyone? It may be June, and we may have warm, clear high pressure doldrums, but after clocking the first small wave of what looks like a major irruption of Crossbills and Siskins last week, there's been reports of more on the move at local visible migration watchpoints over the last day or two - and so the alarm was set for 0345hrs this morning.... 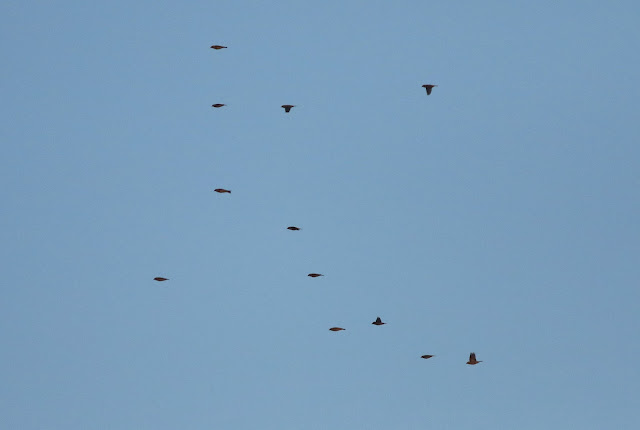 Half an hour later and I was on the clifftop and in position at my chosen vantage point at Muston Sands, watching a perfect sunrise and already down to a t-shirt under a cloudless, soon-to-be blue sky with a light, warm southerly breeze. It was as pleasant as it sounds, but would it be any good for visible migration? 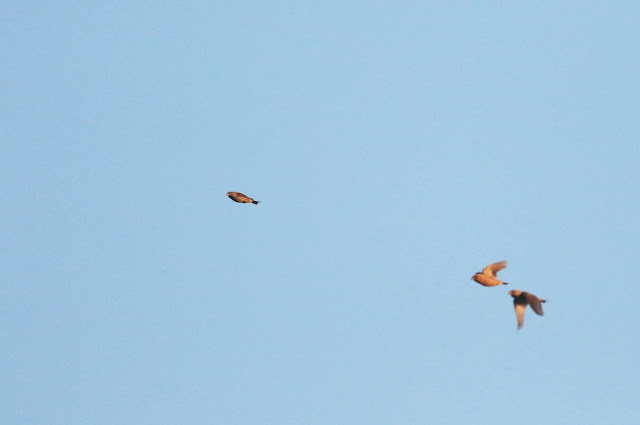 In a word, yes. Within ten minutes or so, the first jip-jip-jips of flyover Crossbills - a flock of 23 to start with! - jolted me out of my haze and had me cupping ears and scanning the skies for sprays of little avian bullets. More soon followed, and then the Siskins, and then the Swifts soon kicked in - and with a few exceptions, it was all about these three iconic vismig species for the next four hours. 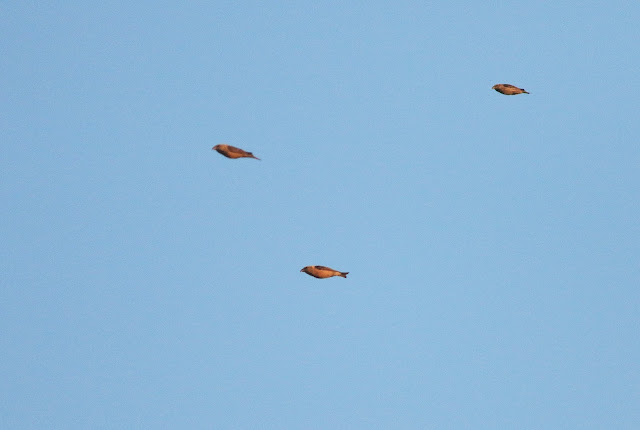 Unlike what we're more used to autumn - ones, twos and small groups under leaden skies and into a stiff south-westerly - Crossbills and Siskins were on the move in impressive, chattering parties of up to 40 at a time, while Swifts were a beautiful, constant trickle of low-flying horseshoes, often close enough to hear the woosh of their wings and look briefly but exhilaratingly straight into those big brown eyes..... 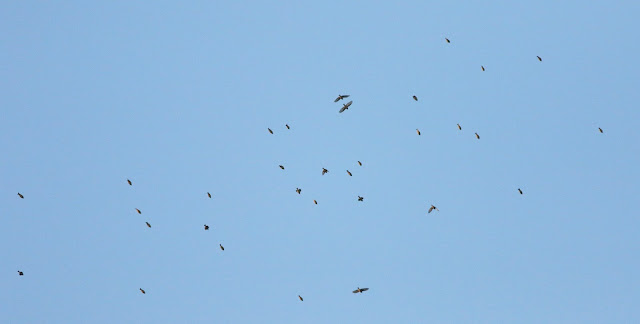 Anyway... so by 0820hrs, the final scores were a mighty 304 Crossbills (three times the previous Filey record), 412 Siskins and 636 Swifts (and some half-decent back-up, too - see here for full counts), and while the former had pretty much dried up an hour or so previously, irregular pulses of both the latter were still on the move. 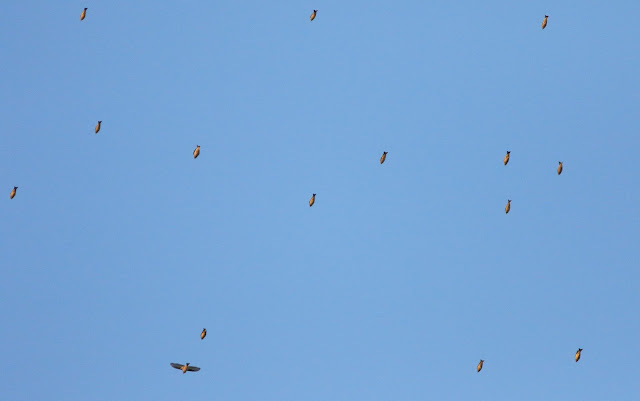 But, with breakfast due (to be followed shortly by a swim in the sea with the Mrs), I headed home with the teu of Siskins way up in the ether as a soundtrack and swifts still scything by at head height and below. Crappy life, eh. 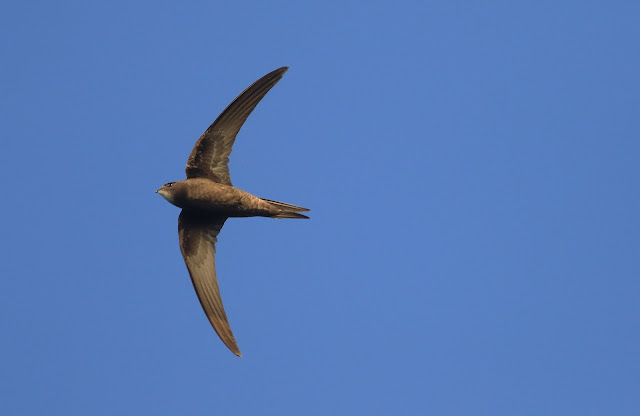 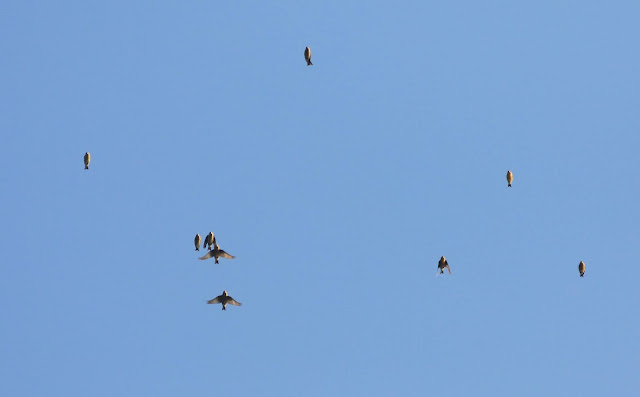 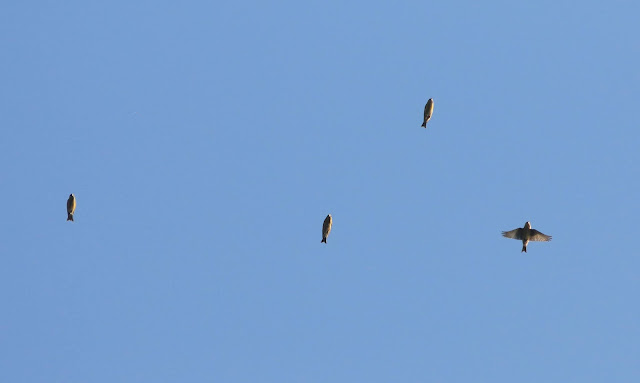 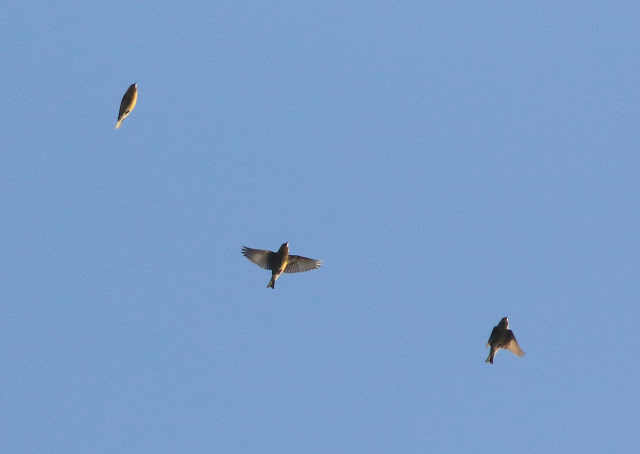 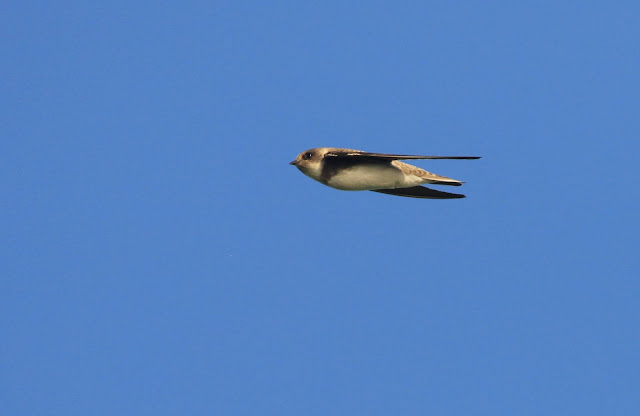 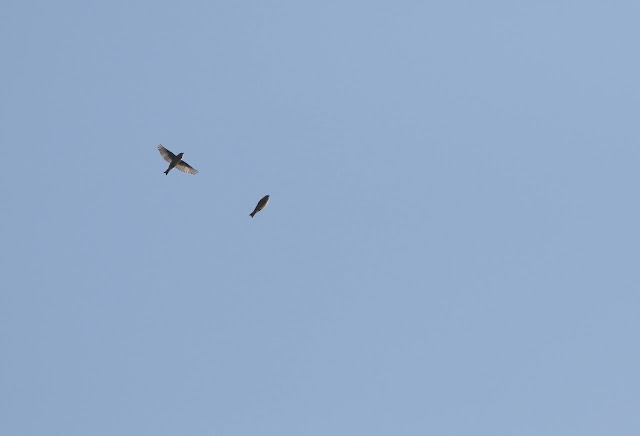 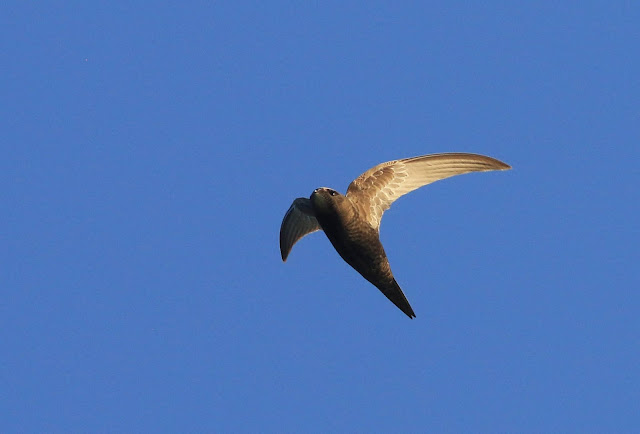 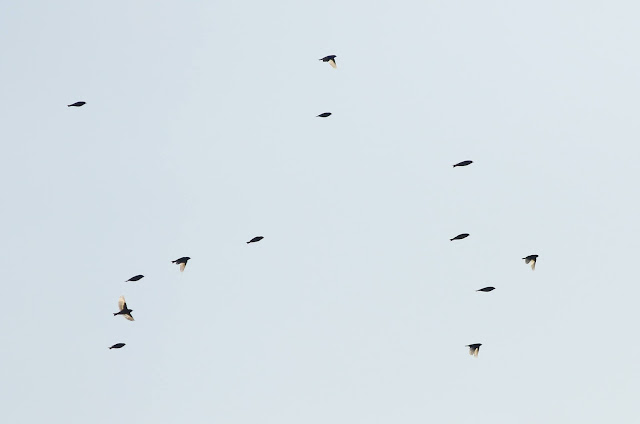 Posted by Mark James Pearson at 10:25