Part One (April to July) can be found here 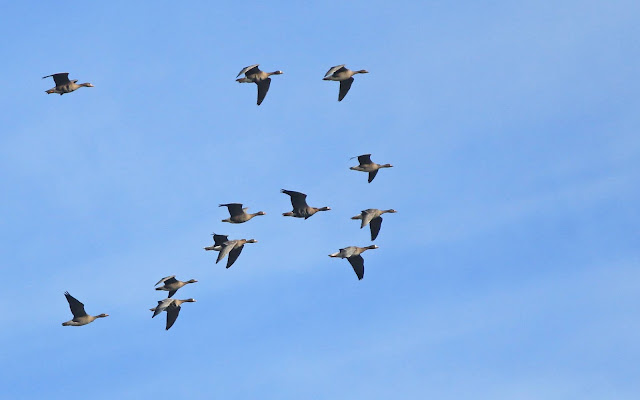 So, after a wonderfully productive first 'half' to the nocturnal migration recording (nocmig) year, for my first autumn, I had three recorders rolling (to varying degrees) - with more success and enjoyment than I could've hoped for as August began:

Filey Town - the original, jammed in the study window and pointing out into the back alley in the middle of town;

Filey North Cliff - 1.3km north of the above, near the clifftop, in a small plastic bucket;

Flamborough village - a recorder in a plant pot in a village garden.

Here's a succinct run-down of each location's monthly highlights, with live links to more detailed summaries under the title of each.

A full summary of August's results can be found here

Highlights - exceptional shorebird (wader) migration, for both quality and quantity - sustained and often heavy passage with a monthly tally of 17 species (!), which included: both Bar- and Black-tailed Godwits, multiple Green and Common Sandpipers, good numbers of Whimbrel, Sanderling, Dunlin, Curlew, Turnstone and Ringed Plovers, and impressive movements of Oystercatchers (with e.g. at least 68 on 9th). Also Arctic, Common and Sandwich Terns, and a surprise Short-eared Owl (tying in with a diurnal mini-influx) on 16th. 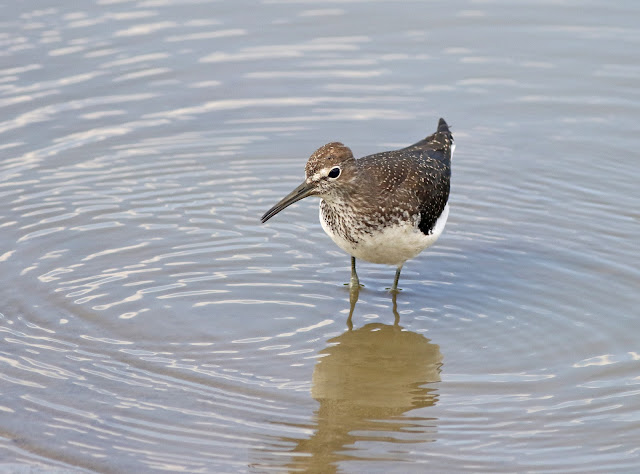 17 species of waders were registered by the North Cliff recorder in Aug, including Green Sandpipers

Highlights - active from the 14th, and within the gull sono-barcode, a Tree Pipit (29th), ten wader species including Turnstone, Knot, three Common Sandpipers and 13 Redshank, plus Sandwich and Common Terns were all bonuses under the challenging circumstances!

A full summary of August's results can be found here

Highlights - active from the 10th, and as with the Filey North Cliff results, a fantastic month for shorebird migration... 16 wader species, including Wood Sandpiper, Sanderling, Knot, both Godwits, Grey, Little Ringed and Golden Plovers, good numbers of Ringed Plovers, Oystercatchers and Redshank, and a Tree Pipit (15th). 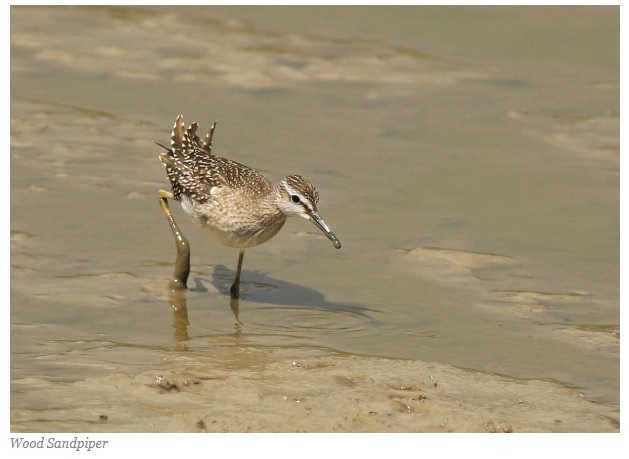 A full summary of September's Filey results can be found here

Highlights - Little Egret (16th), a good cast of waders (but in much smaller numbers than the previous month), and – particularly towards the end of the month - passerines: Skylarks, Song Thrushes, Robins, Tree Pipit, Goldcrest (30th) and Yellow-browed Warbler (29th)! 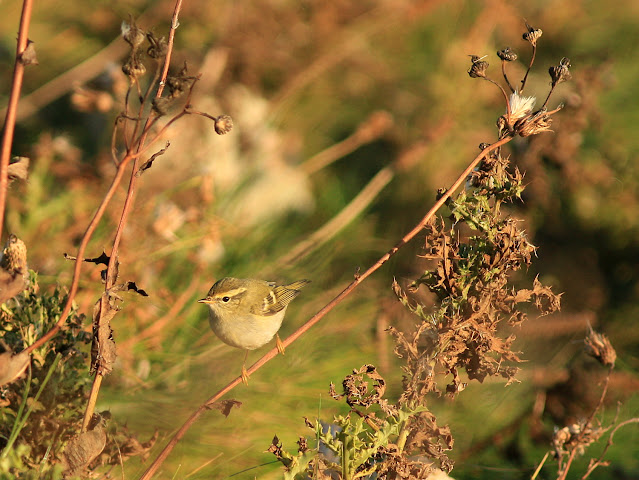 Highlights - Still much reduced coverage due to the gull colony, but a steady improvement from mid-month, with up half each night's recording mostly checkable by the end of Sep. A selection of waders (in small numbers), passerines including Redwings, Robins and Meadow Pipits, and another low fly-by from a Barn Owl (an odd but increasingly not-unusual route to take!). 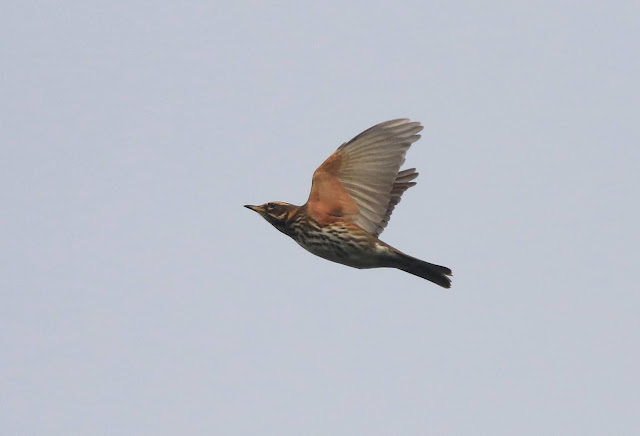 Redwings began arriving overnight in September, and would play a huge nocmig role all from then on

Highlights - Passerines including Song Thrushes, Meadow Pipits, Robins and Redwings (the latter with an early notable arrival of 68 on 27th); pulses of wader passage, including movements of Knot and Dunlin mid-month. 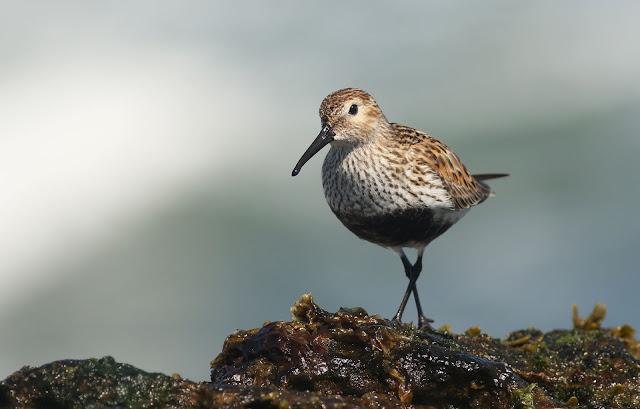 Dunlins - an abundant and regular presence on autumn nocmig recordings

A full summary of October's Filey results can be found here

Highlights - A Dotterel on 7th (a local rarity, only recorded every few years diurnally in Filey); good numbers of Pink-feet, and a large flock of Whooper Swans on 22nd; a wide variety of late autumn passerines, including Bramblings, Robins, Meadow Pipits and Chaffinches; memorable, record-breaking thrush immigration, with thousands of Redwings and Blackbirds, as well as many Song Thrushes, Fieldfares and three Ring Ouzels (see totals below). 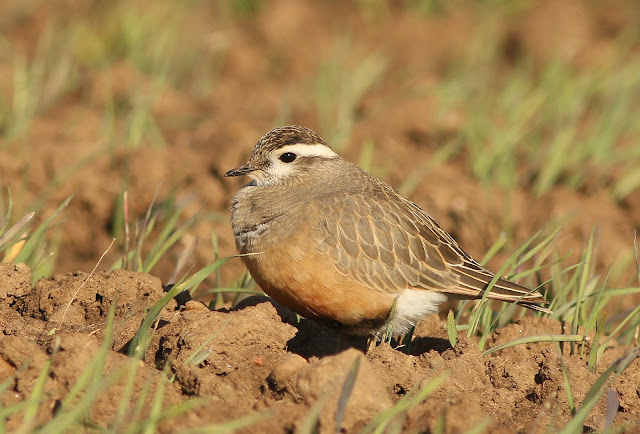 One of the standout highlights of autumn's nocmig - a Dotterel over the back alley! 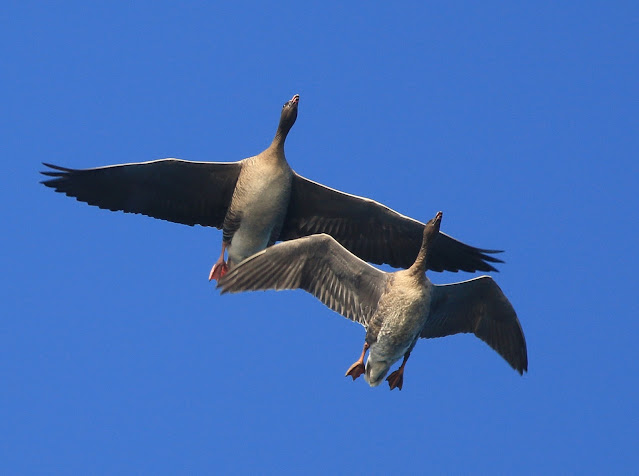 How many thousands of Pink-feet passed over my recorders this autumn? How long's a piece of string? 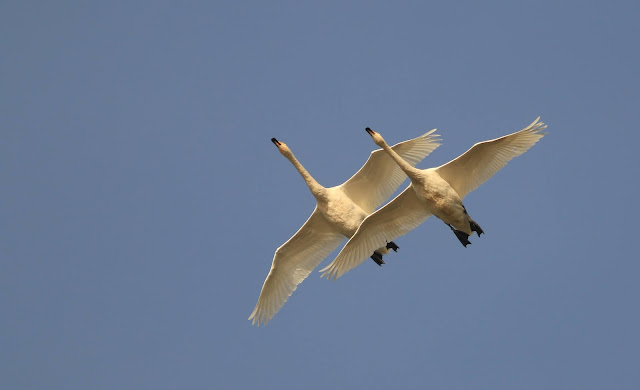 Whooper Swans - much hoped-for, and happily much-recorded, throughout the autumn

A full summary of November's Filey results can be found here 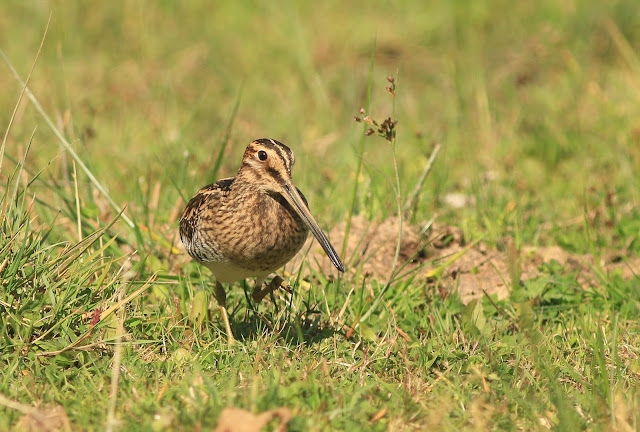 Highlights - lots of action (but interestingly, not nearly as much as the town recorder) – Russian White-fronted Geese, Whooper Swans, lots of Pink-feet, notable thrush influxes, other passerines including Robins and six Bramblings. 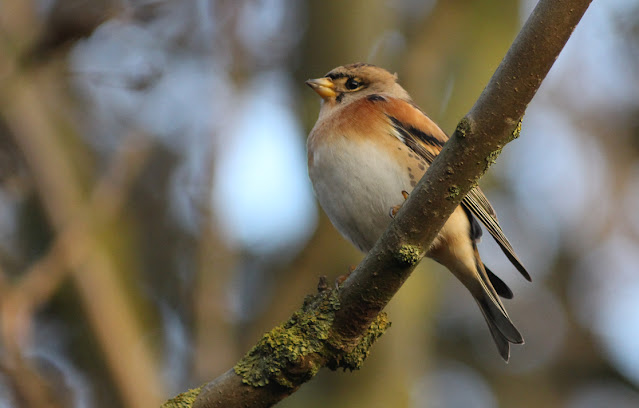 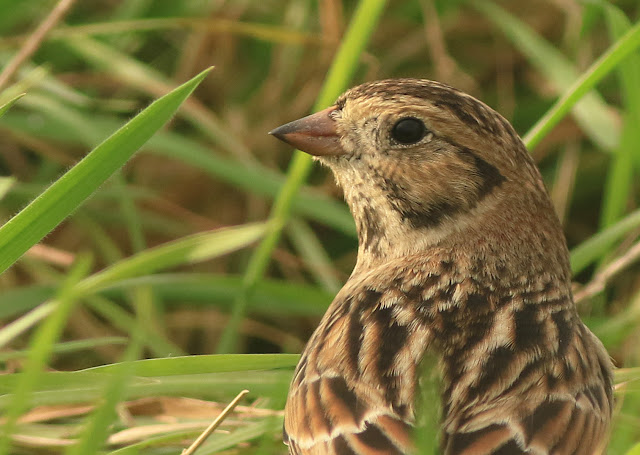 Lapland Bunting - another highlight from Flamborough nocmig this autumn

Very little recording took place in December at North Cliff & Flamborough due weather / practical reasons, with the intention being to resume activities there in early spring.... 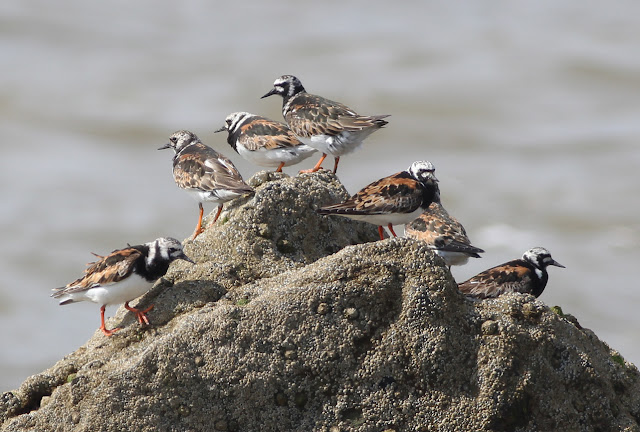 Turnstones - recorded with surprising regularity, and at all three sites this autumn

If you're interested in nocmig, but unsure as to how / where to start, the following might be useful:

In September, I was interviewed by Nate Swick for the American Birding Podcast about my new-to-nocmig adventures - you can listen to it here: ABA nocmig podcast

In October, I gave an online talk about my (beginner's) journey so far for our virtual Migweek, which can be watched here: It's a Hard Nocmig - Migweek talk

Finally - big thanks to my friends in our local nocmig Whatsapp group, particularly Will and Dan, for their ongoing and hugely enjoyable team efforts, and also to the experts who have helped so far - with a very special mention and huge thanks Magnus (Robb), whose positive and enthusiastic support and expertise have made it a much more educational and enjoyable ride thus far.

Last but not least, Yorkshire Coast Nature - who very generously donated three of the four recorders I use - and who are clearly the greatest wildlife tourism company in the world (trust me....)

Posted by Mark James Pearson at 12:20