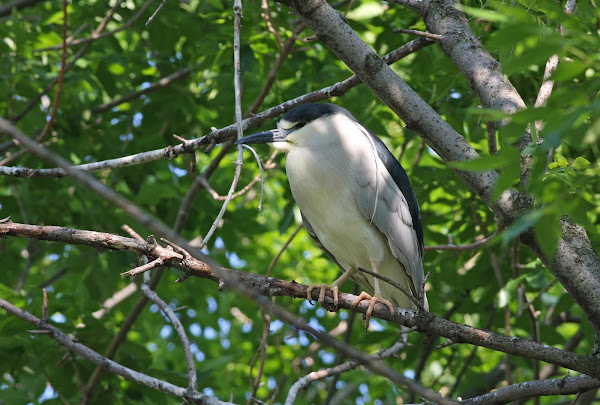 Seriously
June is very much a transitional month for nocmig, with most of the traditional spring migration having ebbed away, and early 'autumn' passage (particularly of waders) still not showing much of a pulse; with that in mind, I expected very little, revised my effort/reward ratio accordingly, and hoped perhaps for the kind of random overshoot* that makes it all worthwhile.
Grudgingly I had to mothball the house recorder until the after the last of the satanic Herring Gulls finally f..., f...., fledges later in the season, but the Flamborough recorder was still active on most nights, and the arrival of an Audiomoth (see here) to cover the Filey North Cliff site introduced a much-needed convenience to local coverage - coverage that, without it, realistically wouldn't have happened this month....
... and so it was all more rewarding to scroll through yet another pretty blank night on of the 22nd/23rd, only to stumble upon two flight calls at 0141hrs (one clear and loud, one faint and later) of nothing less than a Black-crowned Night-heron. More on this dumbfounding occurrence here, save to say that it's my rarest nocmig record to date in fifteen months efforts here, overshadowing such treats as Stone-Curlew, Dotterel, multiple Bitterns, Yellow-browed Warbler and more.
Otherwise - who cares? Only kidding.... there were a few other notables, as follows: Flamborough's stand-out record was a Redwing post-dusk on 13th, which called multiple times before spiriting away - an extremely late record that, after last month's Filey records, amazingly reduces Redwing-free nocmig months to July and August only. Otherwise, a few waders and rallids (including a handful of Water Rails) were pretty much as good as it got.
It was a similar scenario up on the North Cliff, with a few waders (including Grey Plover) and a handful of rallids (including Water Rails), plus the odd Gadwall (doubtless local breeders) and Starlings (an interesting nocmig species) until the final week of the month, when Curlews began to move, signalling the perhaps slow but encouraging ascent into a higher gear of migration. 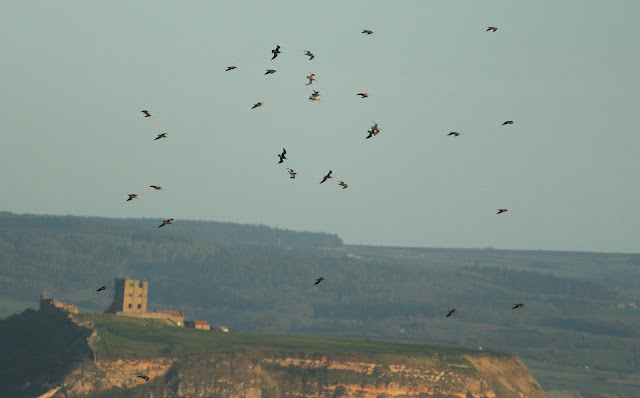 Curlews, North Cliff
*The kind of overshoot, in fact, that fellow Nocmigger and blogger Gavin (Haig) had the pleasure of last June, when he picked up a Night-heron over his west Dorset garden - the stuff of dreams for all of us, and the subject of a throwaway comment in my Twitter feed a couple of weeks ago: 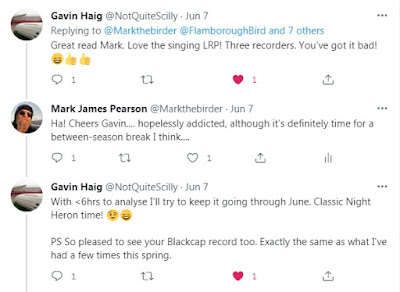 Thanks Gavin - more casual sorcery, if you would?
Posted by Mark James Pearson at 00:19