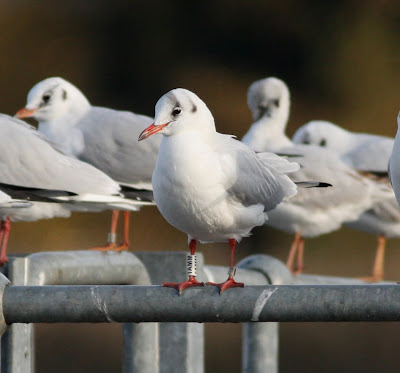 colour-ringed adult male Black-headed Gull, White TAMM, Stoke Newington Reservoirs, 24th Nov 2010. Ringed on a reservoir in central Poland at the end of May this year, and the first control of this bird to date

It's late November, and pickings are traditionally a little slim of late (although with luck that may be set to change with the harsh conditions continuing). However, the growing ranks of gulls on the East Reservoir here in Hackney at this time of year inspire a second glance, for good reason.

Whilst not a substantial roost site, the reservoir attracts plenty of Larids, not least in the hours either side of darkness - pre-roost gatherings are especially numerous, and twilight here is soundtracked by a raucous chorus more akin to a seaside town. The reservoir is on a direct flightline to and from the huge roost(s) in the upper Lea Valley, and many birds drop in the bathe, feed and loaf before heading north-east. 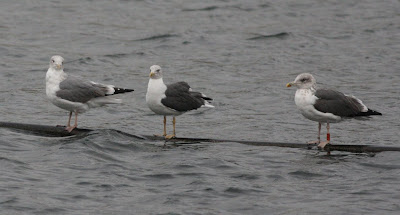 Colour-ringed birds have been especially evident over the last few weeks, and while several have unfortunately gone unread, I've been able to read / photograph the majority. It's an aspect of local birding which is truly fascinating, and an aspect of ringing which is non-exclusive (or indeed intrusive beyond the initial capture of the bird). 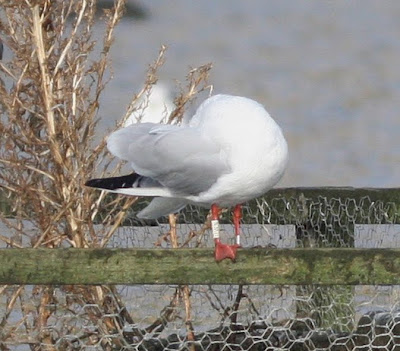 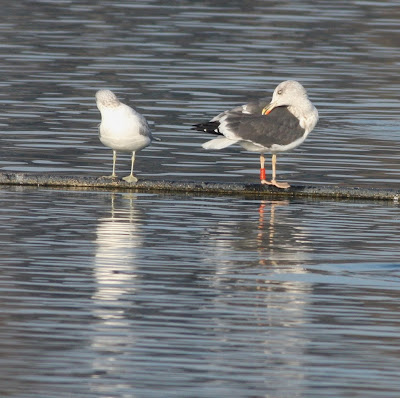 It's been a pleasure to receive details quickly via EURING and also to discover programmes close to home responsible for several of our controls, notably the North Thames Gull Group. With a little optical magnification and the black magic of the internet, I know for sure that, within the last couple of weeks, I've had visitors from Poland, Spain, Essex, Norway and Denmark. London may suck royally in a multitude of ways, but at least it's multicultural. 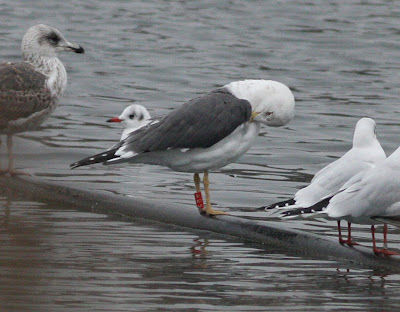 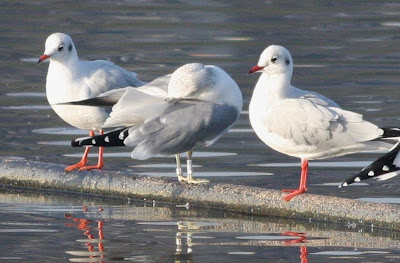 (Daily updates, as always, at Hackney Wildlife)
Posted by Mark James Pearson at 22:21