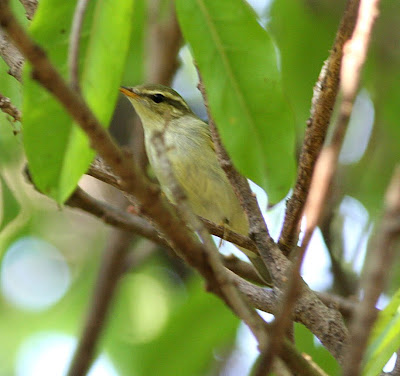 One from a while ago now - the 20th September, to be exact - when this bird was found (by Amity) flitting in trees by the path between the entrance and the visitor's centre at Guandu nature reserve, Taipei city, Taiwan. 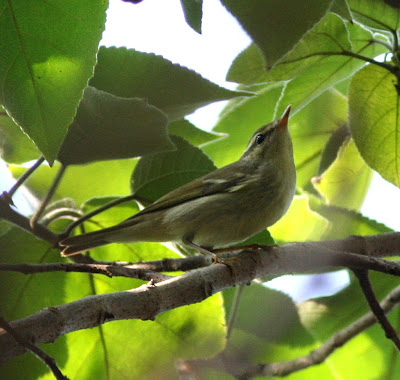 At the time it was the first individual of the trip from the freshly-divided Arctic Warbler species complex; there have been many since (throughout SE Asia), displaying a fascinating range of subtly differing tones and features, but none as distinctively different as this individual. 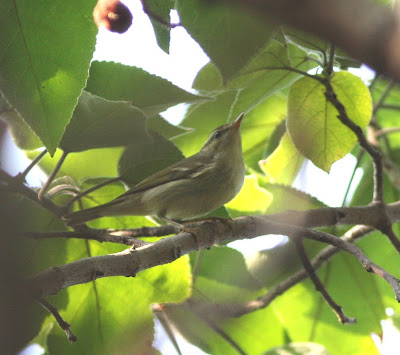 Essentially resembling a nominate Arctic Warbler in all but colouration, the bird showed strikingly bright tones seemingly far removed from the latter - including significantly brighter green upperparts and (most obviously) a strong bright yellow on the supercilium and underparts. 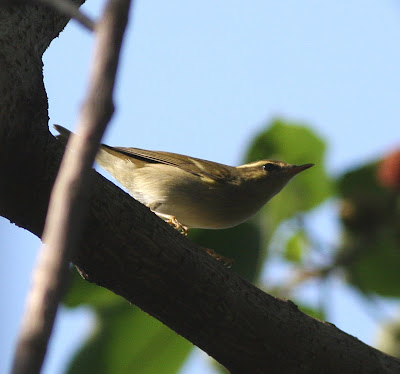 Despite online searches, information regarding definitive identification features (outside of those mentioned) seems scant at best; while it's best not to call it one way or the other for now, plumage characteristics - and, circumstantially, location - seem to strongly suggest this bird is indeed Phylloscopus xanthrodryas, Japanese Leaf Warbler. 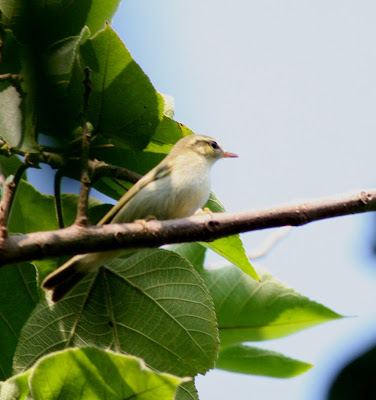 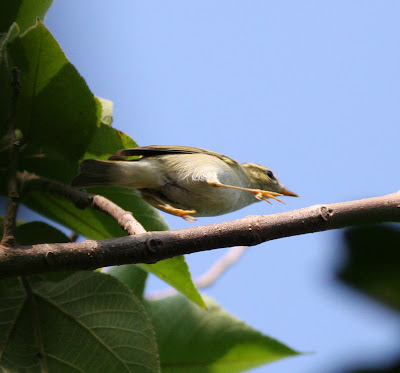 Posted by Mark James Pearson at 09:58