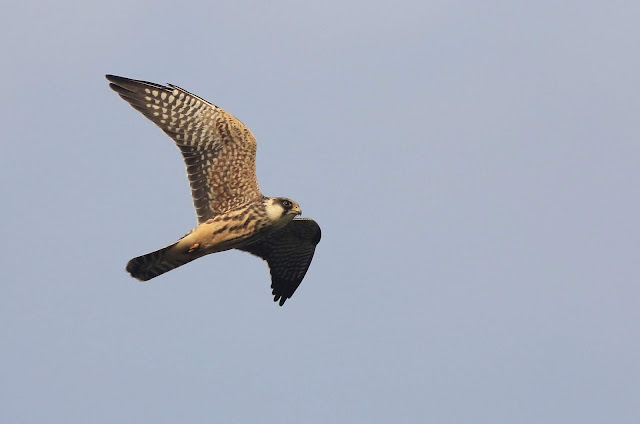 It's fair to say the joys (and pains) of patch birding are something I've an intimate understanding of, and there's a real pleasure that comes from checking out a friend's local patch - it makes the vicarious thrill of their localised adventures that much tastier. So an early session at Lervik, just a few kilometres NW of Paul's place, on the coast and incorporating a mosaic of productive habitats - from grazed and rough grassland to muddy and rocky shore to arable farmland to scrub and woodland - was always going to fun. 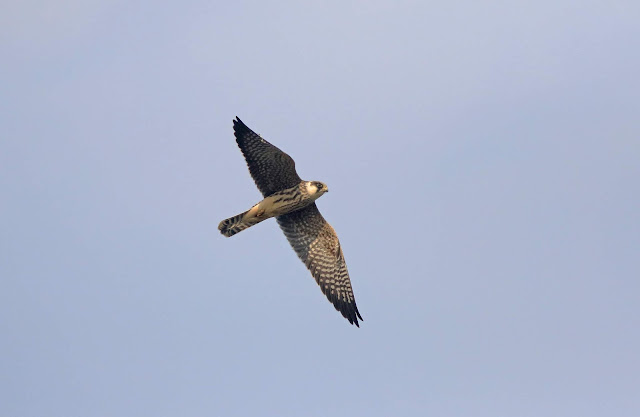 We'd recieved news of a small influx of Red-footed Falcons into southern Sweden the previous day, which included two together at an agricultural plain well-known for attracting raptors called Stureholm, about 45 minutes to an hour away; but instead of taking the easy option, we opted to try and find own first.... 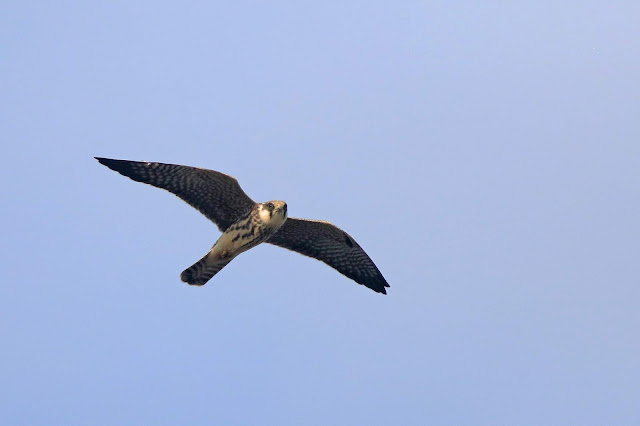 .... which, as these photos demonstrate, was a wise and satisfying decision. 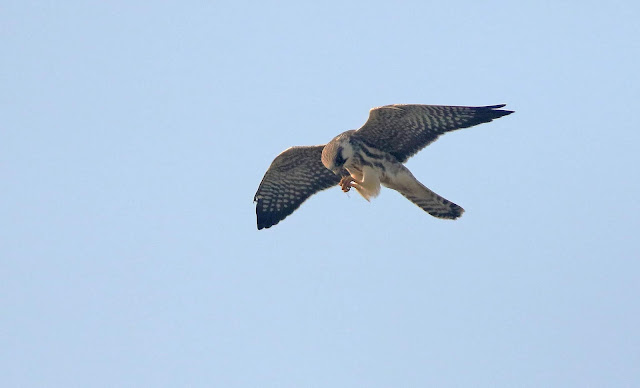 Wonderfully, it wasn't long before a pristine juvenuile Red-foot to glided towards us, following the coast southbound - but not before putting on the perfect show, chasing and catching insects and giving us several close fly-bys before eventually heading on its way. A huge treat, and serious patch gold for Paul... 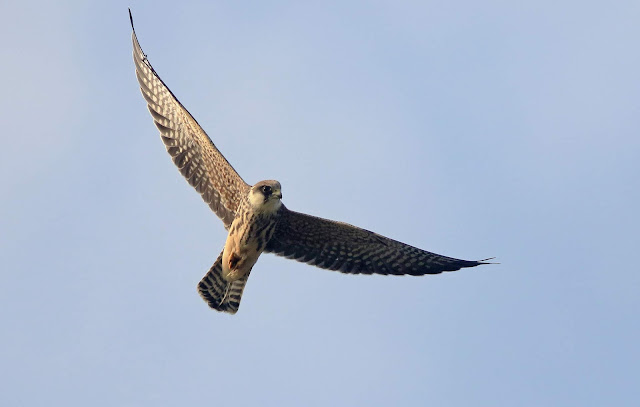 ... with plenty of varied back-up, including three Cranes, Red-backed Shrike, Red-necked and Little Grebe among the rocks, 120 Flava Wagtails, 30 Whinchats, 15 wheatears, a Pied Fly, lots of Willow Warblers, a Merlin, an Osprey and much more. 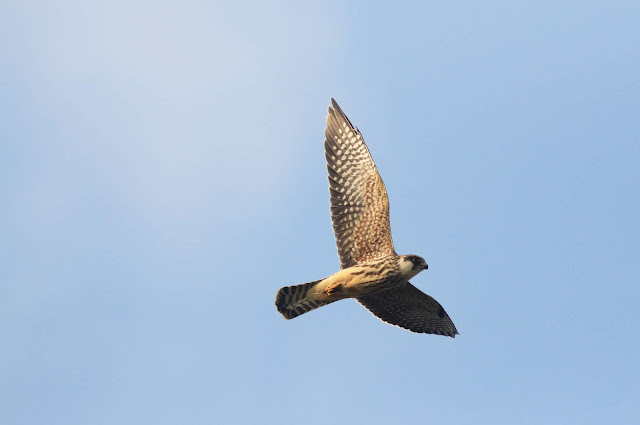 As the heat of the day approached we headed south-west, for a session at the aformetioned raptor hotspot of Stureholm - which was indeed dripping with birds of prey: we soon caught up with the two Red-footed Falcons (nice views, but nothing on ours, of course...), as well as numerous Marsh Harriers, Red Kites, Sparrowhawks, Common Buzzards a couple of honey-buzzards and three White-tailed Eagles. 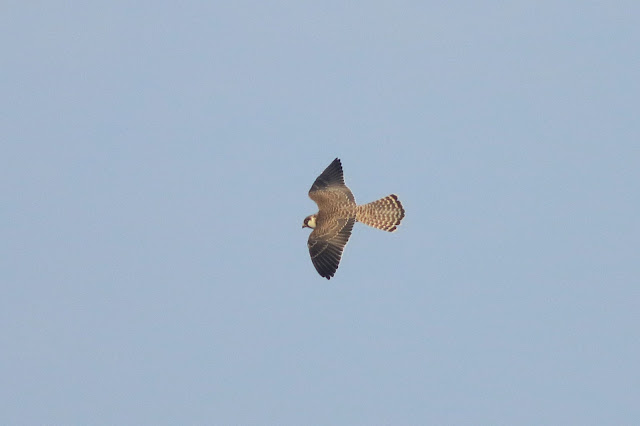 Not the worst way to spend a morning, and after another relaxing afternoon with the families, we headed down to Falsterbo in the evening sunshine. 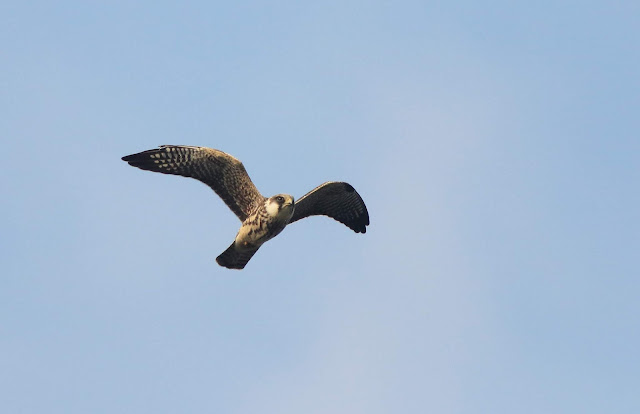 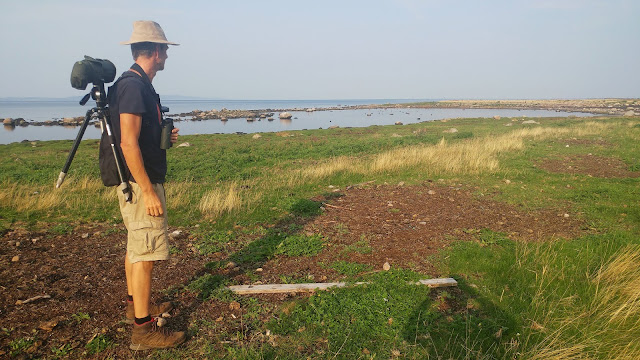 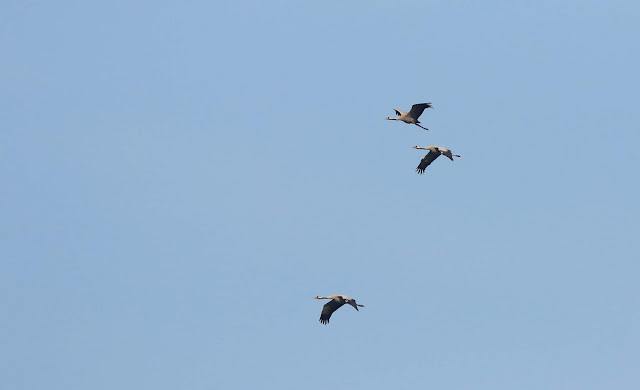 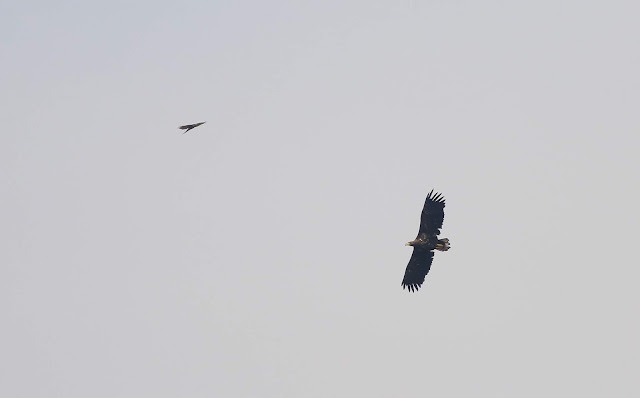 Posted by Mark James Pearson at 13:49