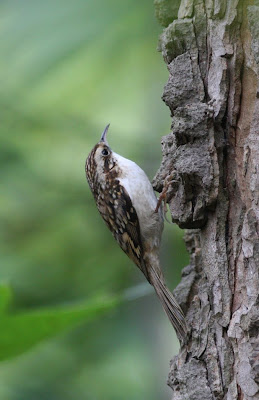 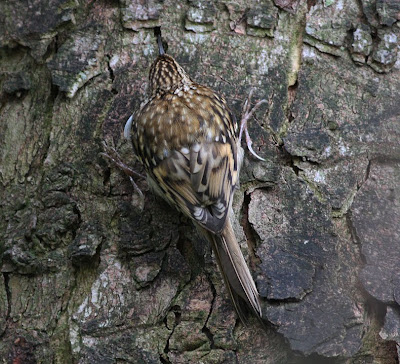 As hard as it is to acknowledge, regarding true autumnal migration, it really is all over now. With the winds steadfastly in the west for the foreseeable future and, realistically, the window of opportunity closing over those coming days, it'll take a miracle to deliver a much prayed-for final twist. But while they failed to set the season alight, the last ten days have at least provided periods of entertaining, seasonally-adjusted birding. 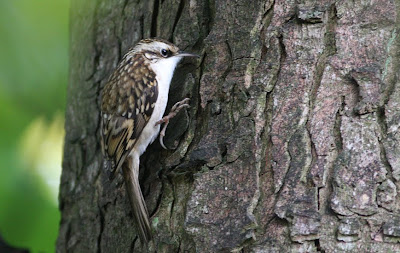 As covered in recent posts, the 27th provided close-in Black Guillemot and Little Auk, setting the tone for the next few days. Several hours sea- and brigg-watching on the afternoon of the 28th yielded plenty of duck action (including Goldeneye, close-up Long-tailed Duck, Velvet Scoters, plus plenty of Teal and Common Scoters on the move) as well as Black-throated, Great Northern and plenty of Red-throated Divers, and thirty-plus Little Auks; Woodcocks, Blackbirds and other inbound migrants dropping onto the rocks capped an excellent session. 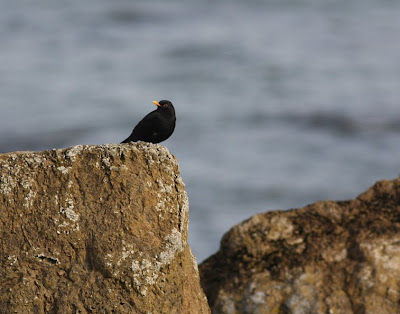 Blackbird fresh in on the Brigg 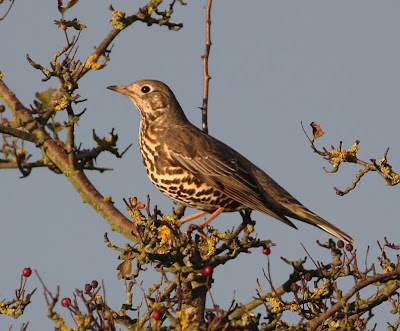 The 1st and the 3rd were notably only for sizeable flocks of Pink-footed Geese (200 and 180 respectively) heading south, vocally and dramatically, in loose formations high along the coast; a brief jolly to Scarborough Mere the day inbetween for a Great White Egret was surprisingly worthwhile, not only for the heron but (especially) for a Yellow-browed Warbler, briefly pulled out of a passerine flock (and more than I've found on home territory all week). 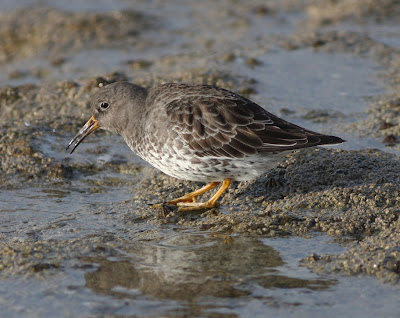 A full day in the field on the 4th made for a series of highlights, including a Merlin fresh in off the sea, two Twite coasting south, three Waxwings (including a single bird at wonderfully close quaters), and two Treecreepers in Church Ravine with a roving passerine flock. By a curious twist of fate the last three species were all personally new for the patch; question is, are times so hard as to justify totalling up the list yet? 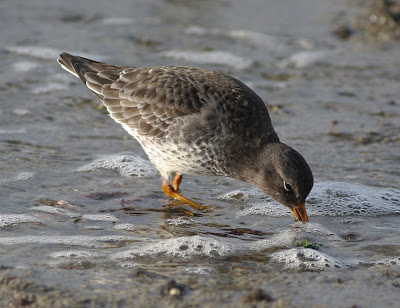 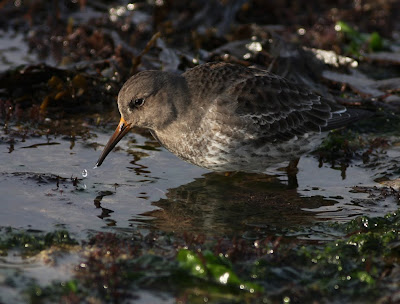