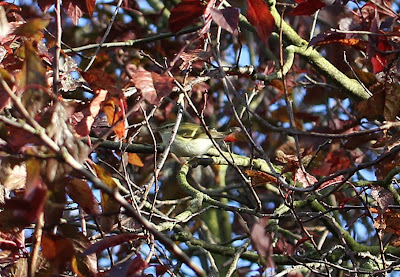 A relaxing afternoon as planned with the old man and Lenora, and with the necessary prerequisite of birding  from the car (and not much else around), Scarborough Mere's Great White Egret seemed like a good idea. Perhaps the easiest twitch imaginable followed, with the bird unmissable even with the naked eye, on an island with a Grey Heron for uneasy company. Short of riding around on a quad bike while letting off fireworks, it could hardly have made itself more obvious, but apparently it'd been around for several days before registering on the local radar. 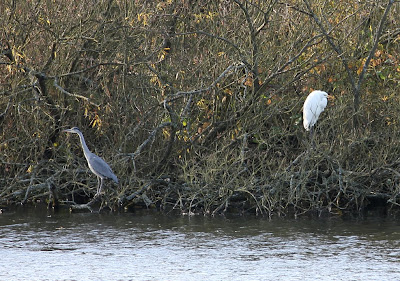 A drive around the mere followed, and when we drew close to a roving tit flock, I offered to get out and pish them in, with Pearson Snr in the market for close-ups of Long-tailed Tits (not much has changed in the thirty years since I was first sent into Flamborian ditches, driving Bluethroats into twenty-footers...). 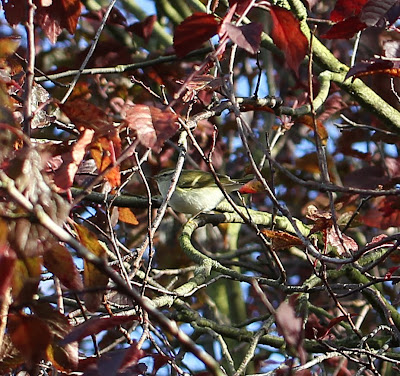 First plenty of tits, then a few Goldcrests, and then after thirty seconds or so, a sharp (and particularly bright) Yellow-brow, up close and personal. An unexpected bonus, and I think maybe my seventh or eighth self-found YBW of the autumn (the rest have been at Filey, naturally) in what has been a far from vintage season for them locally, so no complaints there. Still, a rarer congener wouldn't go amiss, and there's still a few seconds left on the clock.....

Posted by Mark James Pearson at 17:11