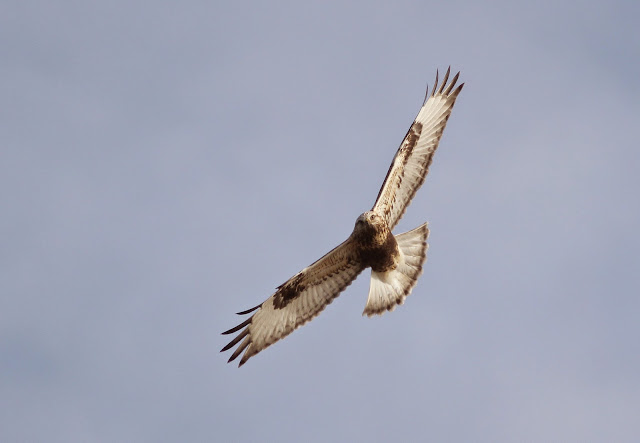 Apparently this is my 666th post, and it was very nearly chirpy little waders on the Brigg; all well and good for other occasions, but it would've been a shame not to dedicate this one to something suitably demonic. For once, then, the timing was perfect. 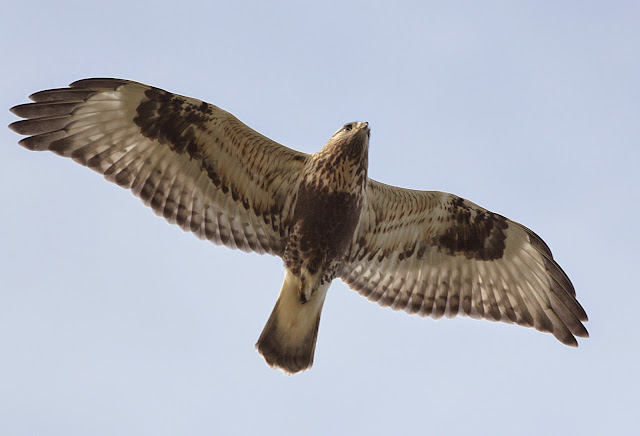 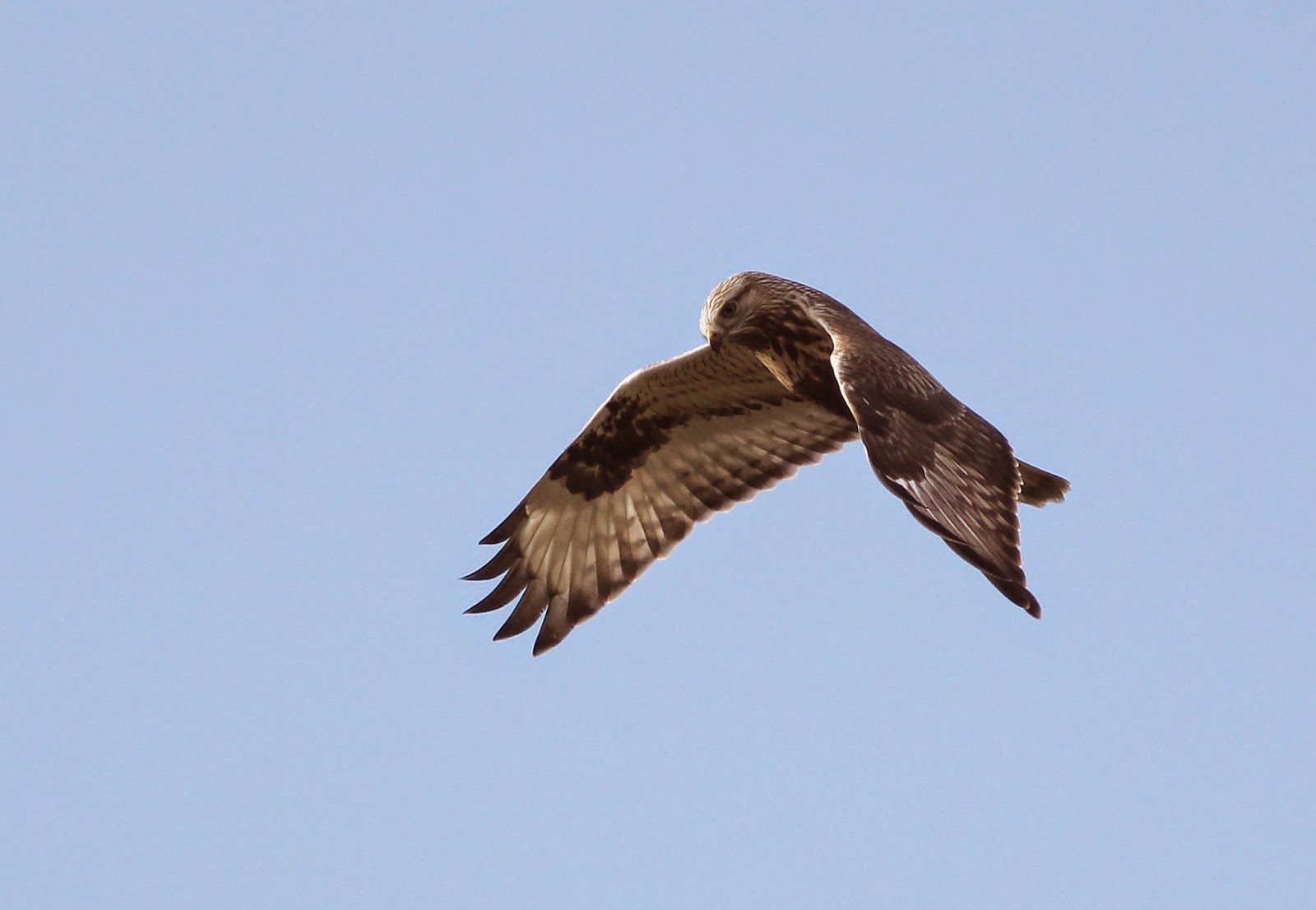 It's been what you might call a challenging month, and birding has necessarily taken a back seat over recent weeks; today, however - despite uninspiring conditions (south-westerlies, mild, low pressure) - it felt good to just get out onto the patch and enjoy whatever happened to cross my path. 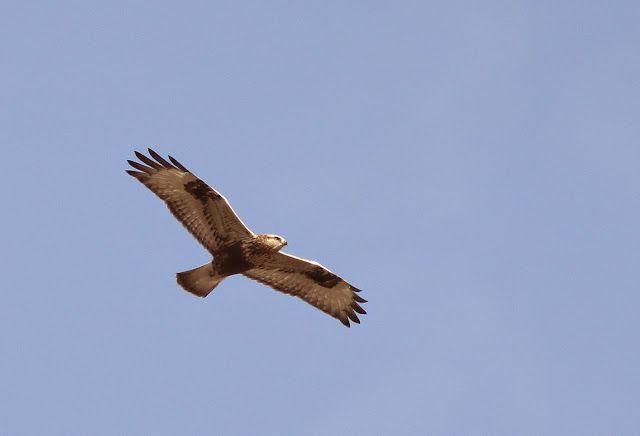 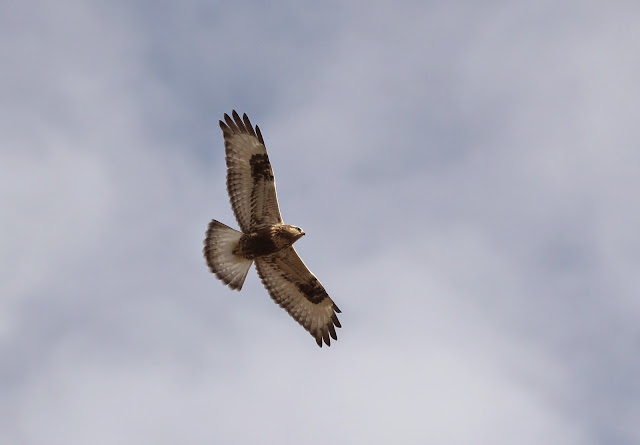 After a typically entertaining session on the Brigg end with an inquisitive and characterful gang of Purple Sandpipers (more of them later), I set off back towards the hide, and two very vocal Bewick's Swans cruised south overhead (more of them later also). So far, so good, and for the hell of it I tried a seawatch (with zero expectations - midday on a SW is not the stuff of dreams): pretty much the first birds in the 'scope were two small skuas - an Arctic, and surprisingly, a cracking juvenile Long-tailed. More than enough, then, to remind me how lucky I am to have access to such luxuries on my doorstep. 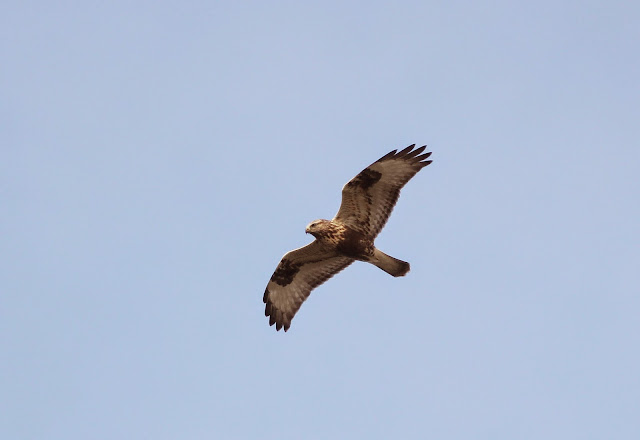 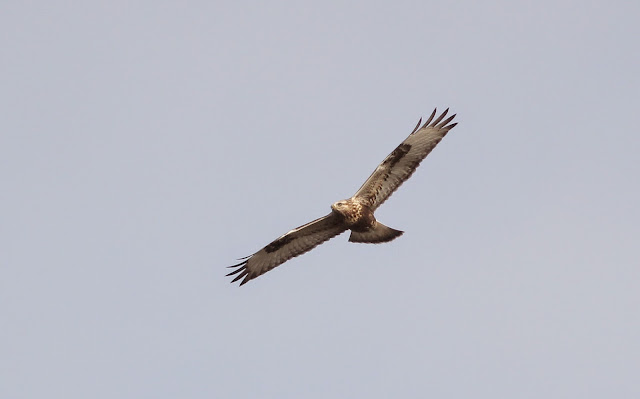 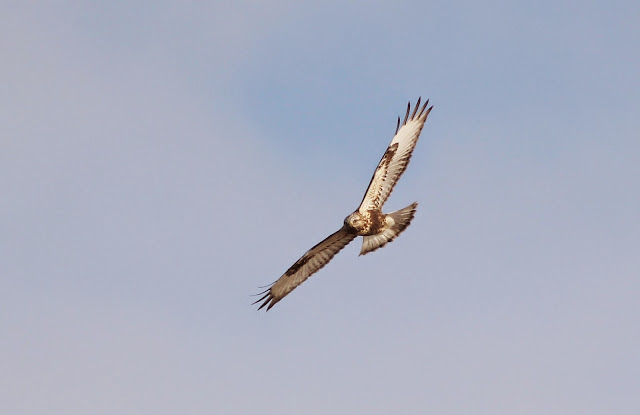 A Snow Bunting and several Twite fresh-in on the slope at the very end of Carr Naze soon followed, and heading back along the path, another Twite flew past me with several Goldfinches, clearly agitated; following it in the bins, suddenly a large raptor appeared in the field of view, seemingly motionless but in fact cruising steadily into the wind and towards me.... pale head, brown belly, white tail, dark carpals - bingo. My first local Rough-leg (and first anywhere in some years), somewhat less-than-annual here, and it's getting closer by the second. 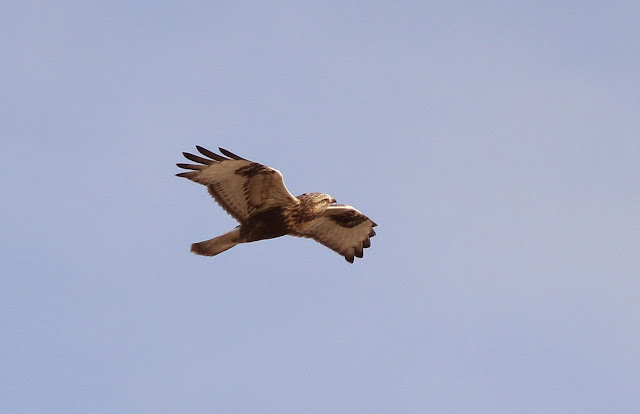 It could hardly have got any better, but it did. For the next few minutes, the bird decided to circle over my head, hunt, hover and soar, fixing me with its death stare on numerous occasions, and clearly not giving a flying one. Straight from Scandinavia, over the North Sea (and into a head wind), and a vision of murderous exotica - and a day to remember for a long time to come. 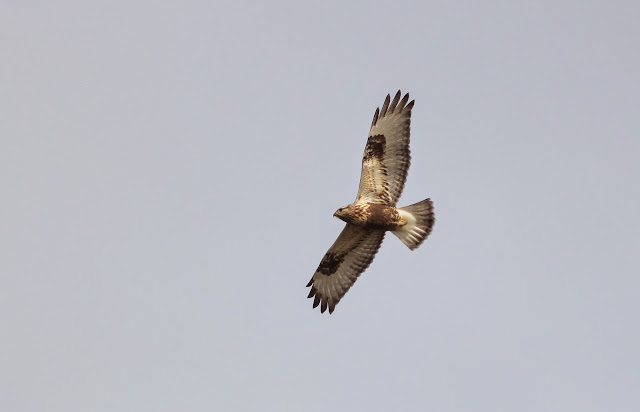 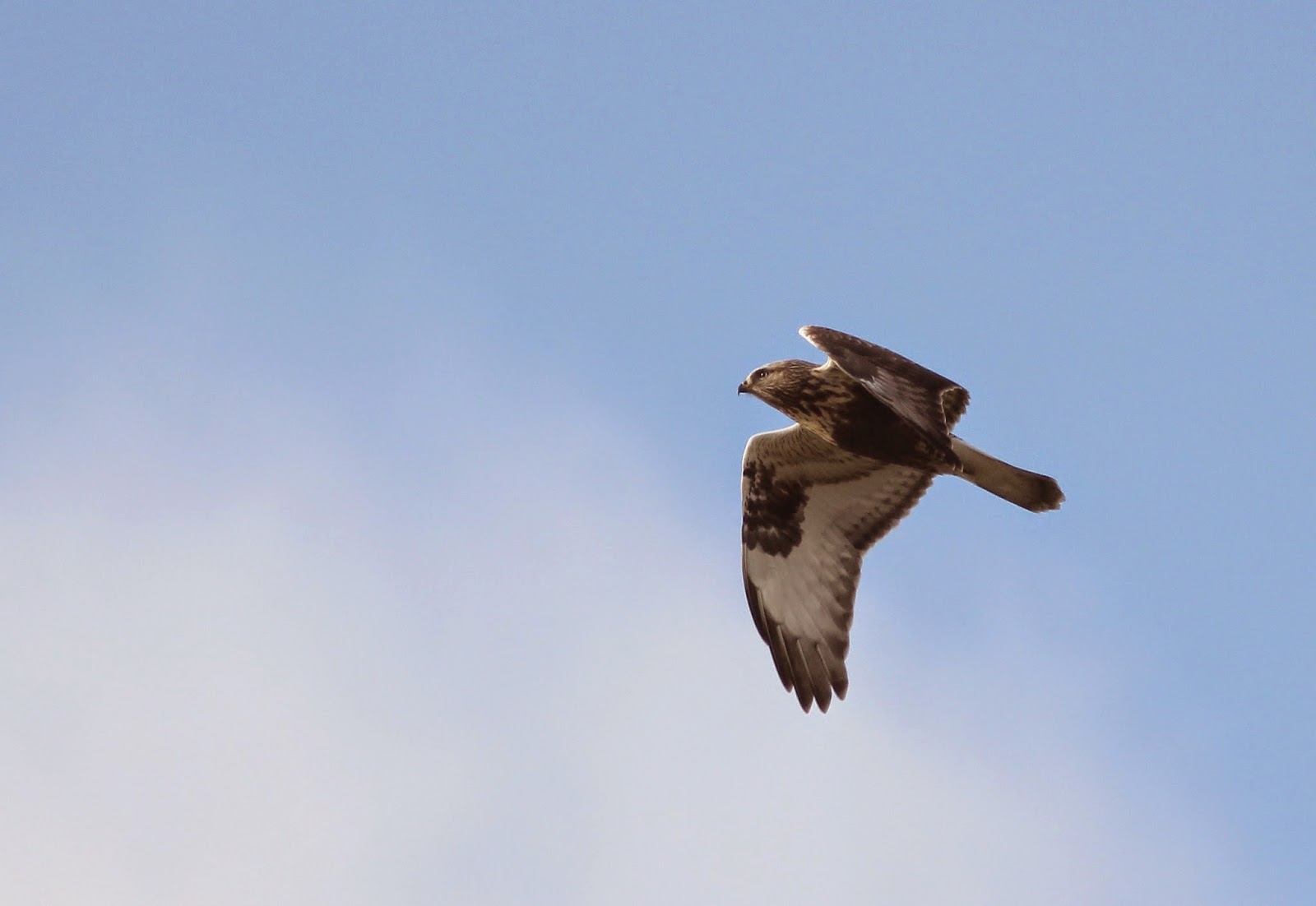 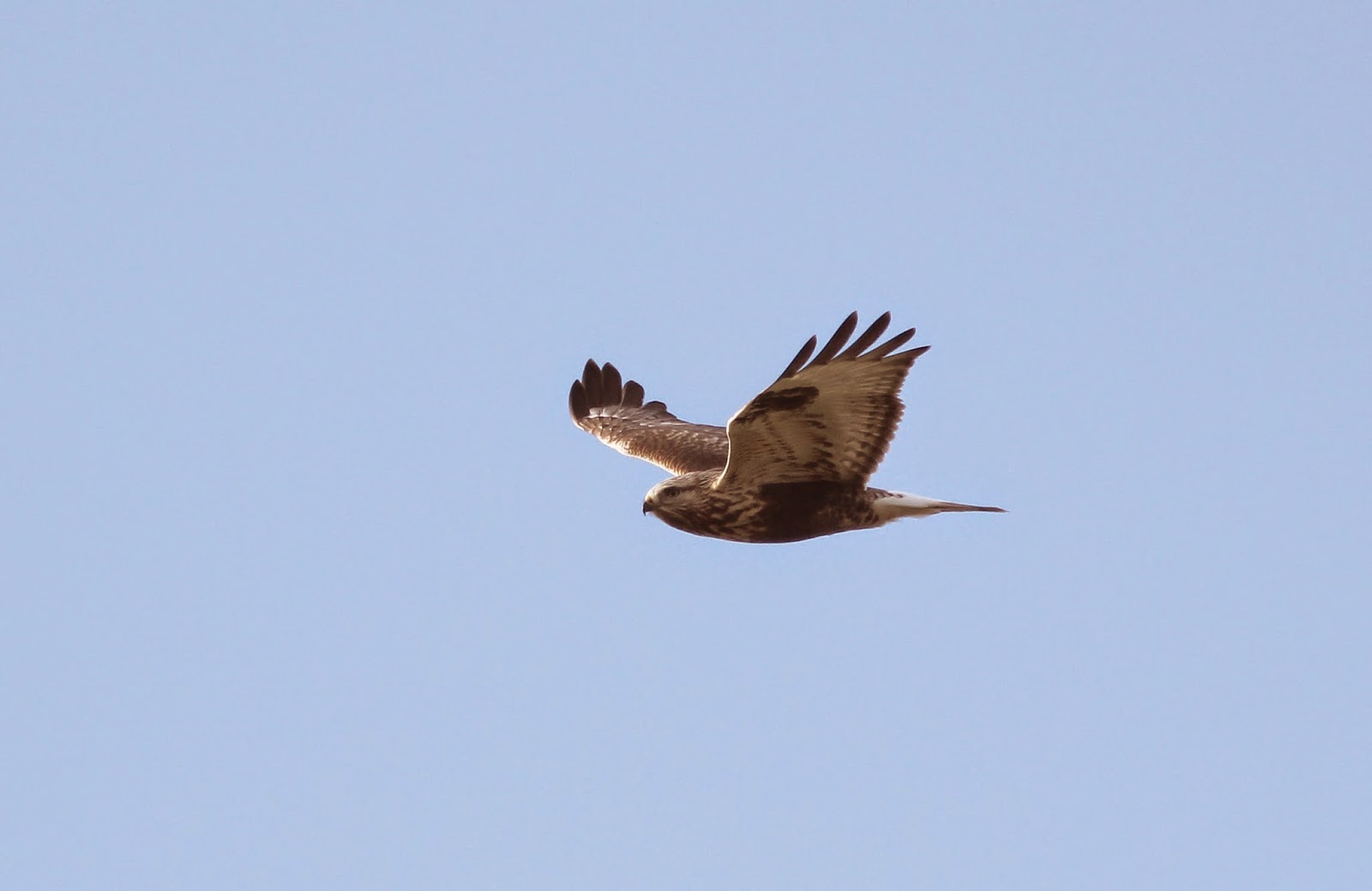 Posted by Mark James Pearson at 18:55