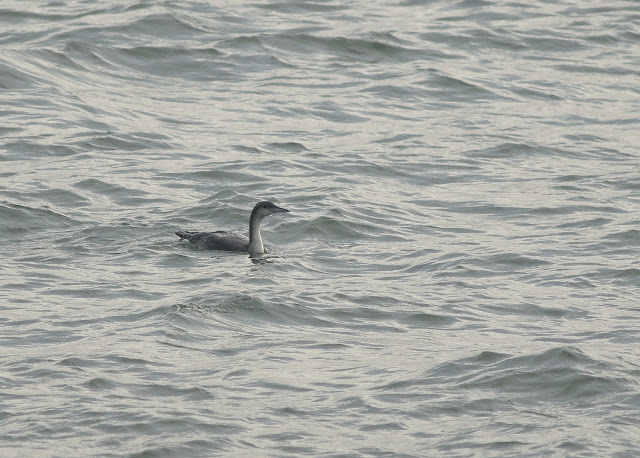 After a great evening with the lovely folk of Teesmouth Bird Club last night, I got back home late morning with an hour or so to kill before responsibilities beckoned, and so nipped onto a frosty, bright Carr Naze to check on the assemblage along the sheltered bayside. Happily bumping into comrade Lombard, we descended the slope on the south side to get closer to the action - and (despite the glare of the sun) had a great selection within just a couple of hundred metres. 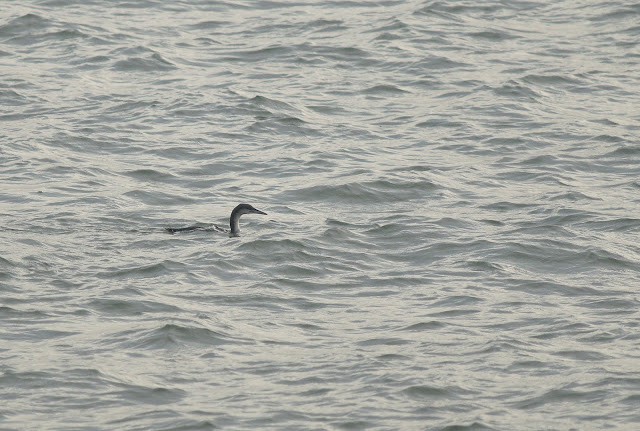 Will's Black Guillemot had returned, slotting back into its tidal feeding cycle, a Long-tailed Duck bobbed about between a few Eider and Scoter, and all three divers were viewable - including this Black-throat picked up by Dan a little earlier, which gave great views (though not for the camera) as it patrolled the shoreline. After a while, the Great Northern came in closer, too - and proceeded to exhibit aggressive and interesting behaviour towards its rarer cousin. 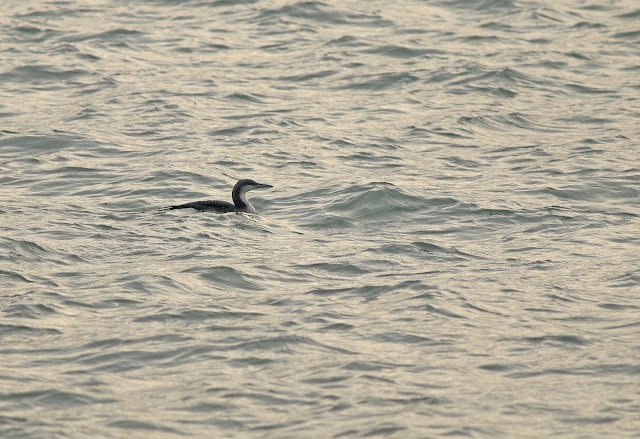 Initially approaching the Black-throat at speed with head bowed and bill lowered, the Great Northern then dived, disappeared, and ambushed the Black-throat from underwater - surprising it into a panicked, clumsy escape, which the Great Northern followed up with silverback-style profile-raising, splashing its feet dramatically on the water's surface and flapping theatrically. After this scenario panned out twice, the Black-throat sensibly did the right thing and buggered off out into the bay, looking over its shoulder frequently as it did so. 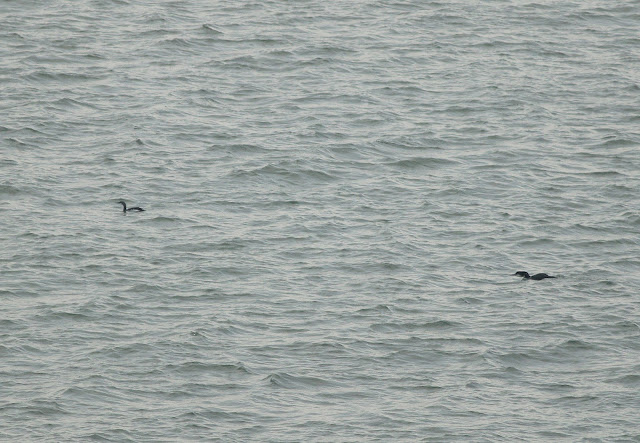 I can't recall watching any similar behavioural intercations between divers herw or anywhere else - there's always something new to learn.... 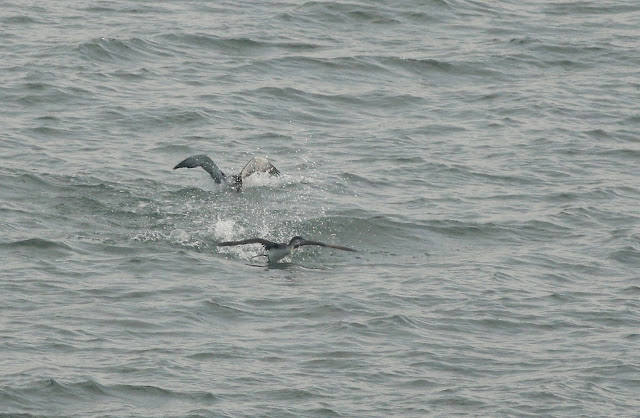 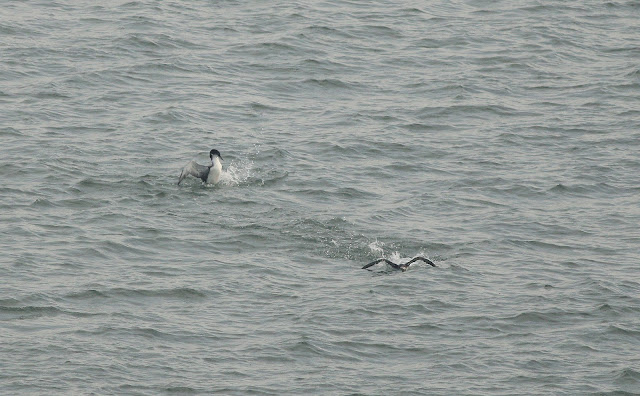 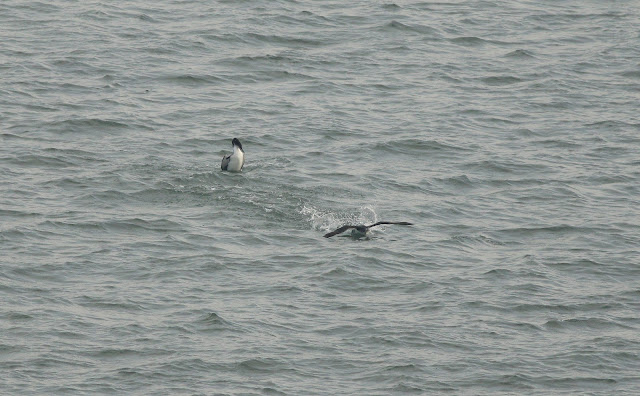 Posted by Mark James Pearson at 23:02