Finally a window to look back on a really enjoyable and memorable eight days (25th August to 2nd Sep) in Sweden. I'd the privilege of being asked to speak at the esteemed Falsterbo Bird Show, which not only gave us a perfect excuse to revisit this awe-inspiring Observatory again (after 13 years!), but also to add on a few extra days at the start of the trip spent with our lovely friends Paul, Äsa and little Marianne.


Paul, an ex-pat birder and old friend from our East London days, now runs a successful business growing organic vegetables out in the countryside (having learned from scratch and worked very hard over recent years to make it happen), and he and the family live on an idyllic little farm in Vejbystrand, a few miles north of Angelholm and a just a few miles from the coast.


We spent a relaxed four days enjoying the area, which included several productive local birding sessions, eating Paul's produce for dinners in the courtyard, swimming in the sea and generally lounging around. Birding included a couple of hours morning raptor-watch from Marianne's balcony, where I clocked ten species, including:


64 Honey-buzzards, a smart adult White-tailed Eagle, ten Marsh Harriers, several Red Kites, Goshawks and Common Buzzards, ten Kestrels, two Peregrines, 42 Sparrowhawks and an Osprey - quite a haul, and just about the most innocent fun you can have in your pyjamas...


Other birding sessions included a jaunt around the nearby coastal marsh and wetland of Sandon, where lots of waders (and more raptors) kept us entertained - including plenty of Curlew Sandpipers and a juvenile Hobby - the first and last of the trip, which is more than can be said for a certain eastern cousin, set to entertain us further soon enough (see next post)....

Huge thanks to the wonderful Cooks for having us - it was a huge pleasure as always, and we'll be back as soon as we can... 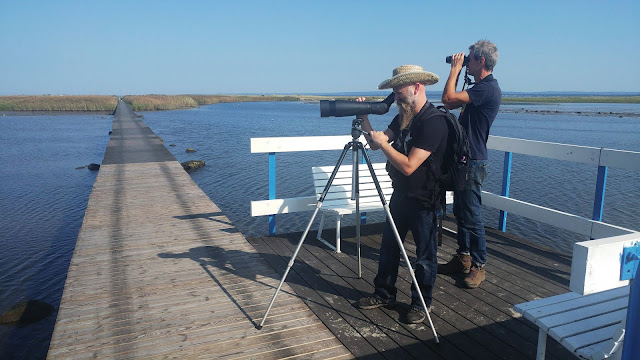 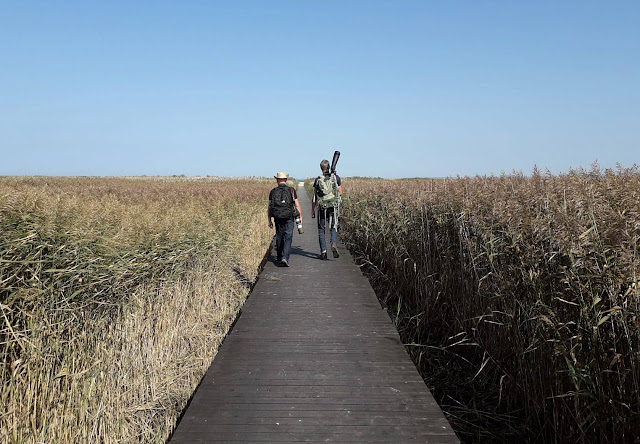 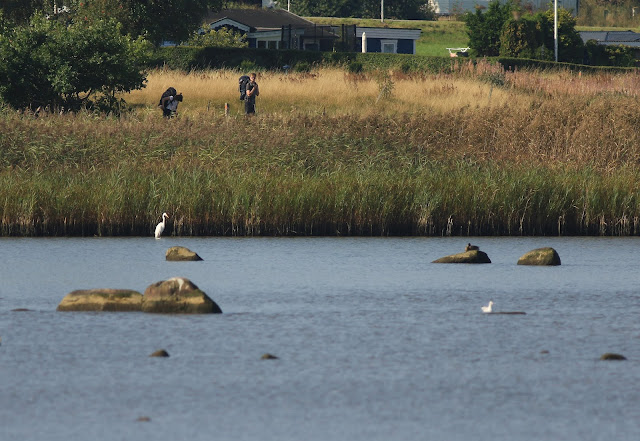 Posted by Mark James Pearson at 22:35