A perfect combination of accessible and yet remote, the Findhorn Valley (or Strathdearn) is a beautiful, peaceful glen in the Highlands not far west of Grantown-on-Spey; we spent a couple of enjoyable sessions there on last year's trip (see here), when we connected with White-tailed Eagles there, and were looking forward to returning this year. 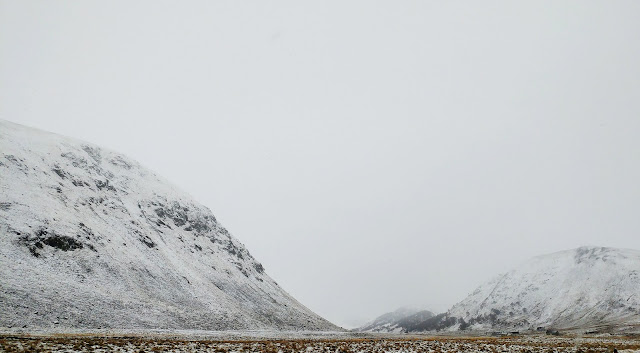 We made it down the valley twice again this time, and the first visit was all about the experierence - with the slopes already extensively covered in snow, the further we went, the more intense and picturesque the flurries became, feeling a lot like we'd ended up in a snowglobe with Red Deer and Ravens for company. A lovely way to spend a few hours, but hardly encouraging conditions for eagles..... 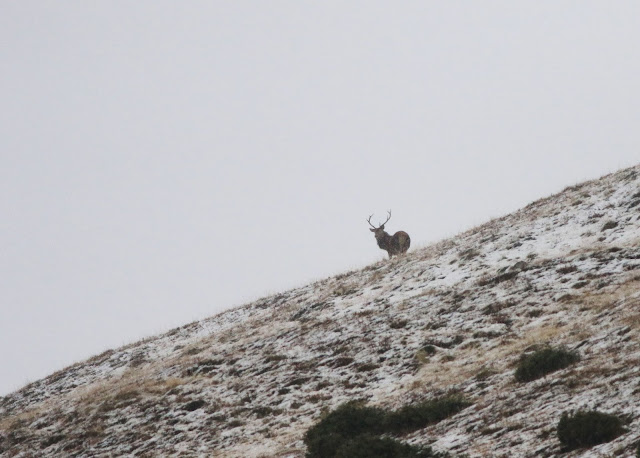 ... and while the snow had mostly gone and the forecast was for variable cloud for our second visit, we arrived to find the slopes shrouded in thick mist - evocative, for sure, but it was looking like we'd have to settle for the nothing more. However, with patience (and two much-needed flasks of tea), we got lucky, several time sover, with the species I really wanted there - Golden Eagle. 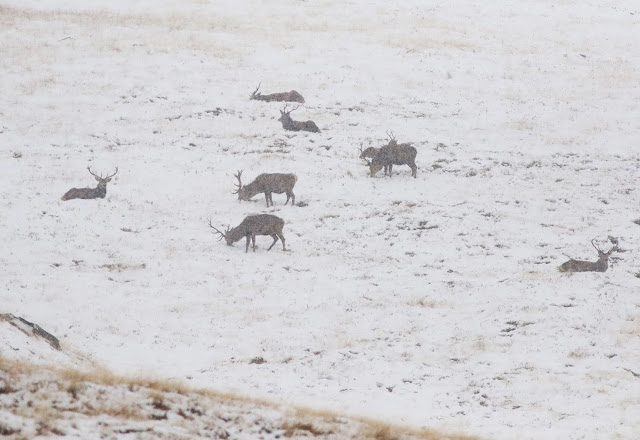 At first, fairly distantly through the occasionnally receding veils, trailed by an ever-growing mob of swirling Ravens; and then, with time, increasingly well, as a young bird staged several extended fly-bys along and below the nearest ridge, sparring with Buzzards and idling around as it did so. 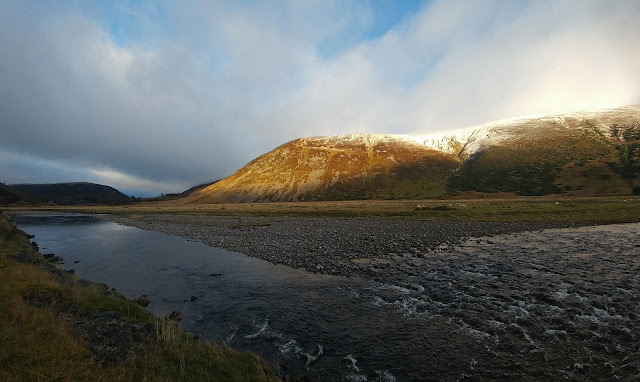 So, this year's Highlands adventure continued to provide on every level, and we'd plenty more still to come. 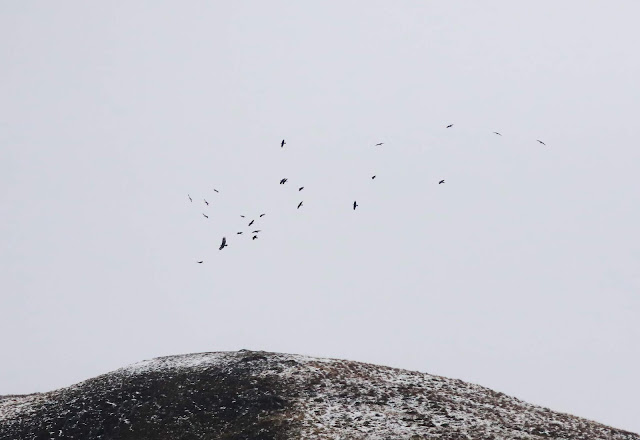 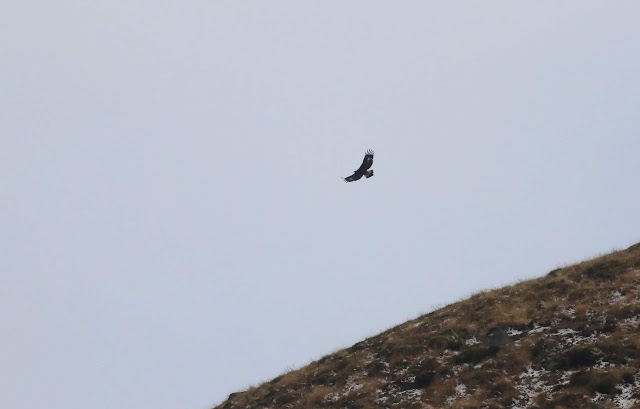 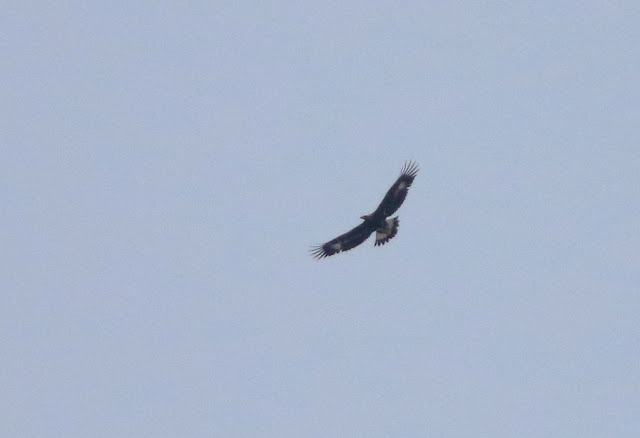 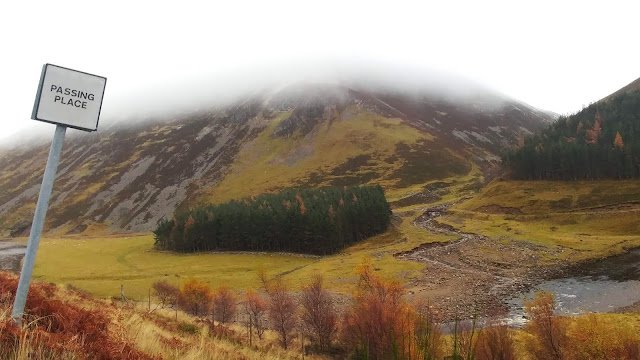 Posted by Mark James Pearson at 17:17