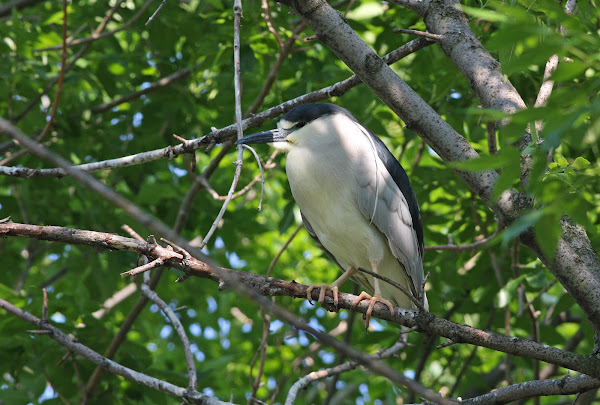 Black-crowned Night-heron - one of the standout highlights of 2021's nocmig efforts. Remarkably, one passed over my Filey North Cliff recorder at 0141hrs on the morning of 23rd June. Audio below. (Library pic from Chicago a few years back)
This is the second part of my Filey nocmig summary for 2021, covering the period June to December. The first part can be found here.
June - December, Filey North Cliff
As spring migration steadily ebbed away during late May, June followed a fairly predictable path, with low numbers of a few regular species (e.g. Coot, Moorhen, Oystercatcher, Dunlin, Water Rail), plus the odd less regular species (e.g. Grey Plover, Gadwall)...
.... until the 23rd, that is, when nothing less than a Black-crowned Night-heron croaked twice as it passed over my recorder. After the surprises earlier in the spring, another rarity so soon seemed, well, pretty greedy, but far be it for me to complain; and this was, after all, one of the main reasons for persisting with recordings in this traditionally quiet window - i.e., the chance of something outlandish, particularly an overshoot. 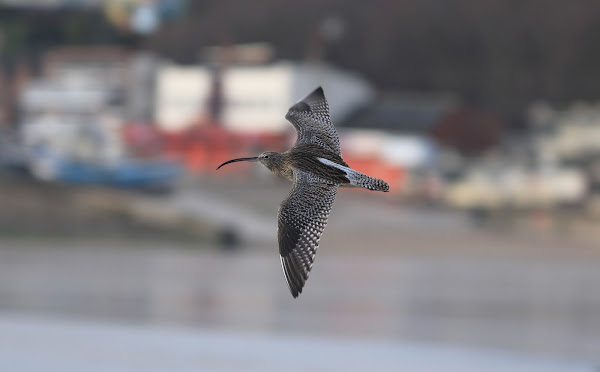 Curlews began to register with some regularity from the end of June
Just the third ever for Filey, more pure nocmig gold, and all thanks to the Audiomoth, a new sound recorder I'd just started deploying up there; programmable to record when required, it can be left to its own devices for long periods - and leaving it to do its thing for a week or more, as opposed to every night, makes all the difference re: effort and convenience (especially in leaner periods).
Recordings of the first few nights of July also picked up rarer (if slightly more expected) treats - firstly a Bittern on the 1st (the second of the year and my third in total so far here on nocmig, after others in July '20 and May '21), and secondly, not one but two Common Quails over on the night of the 4th:
A much anticipated and slightly overdue nocmig strike, following two from the study window last spring, and the only Filey records for '21. July continued with small numbers of a wider range of species, with Greenshank, Dunlin, Oystercatcher, Water Rail, Curlew, Turnstone, Knot, Common Sandpiper, Whimbrel and all three commoner terns figuring through the month; it was one of the latter - specifically Arctic - that really livened things up at the end of the month:

A busy night on 31st July, with nine (some substantial) flocks of Arctic Terns through
August is one of the most anticipated nocmig months of the year for both diversity and abundance, and while there was a fair degree of the former, there was less of the latter: waders were well represented (although in fairly modest numbers), with fourteen species through the month including plenty of Curlews, Whimbrels, Turnstones, Ringed Plovers and Dunlins, plus both godwits, Greenshank, and the beginning of Golden Plover movements; all three terns again registered, further confirming their overland/cutting-off-the-Brigg flightlines. 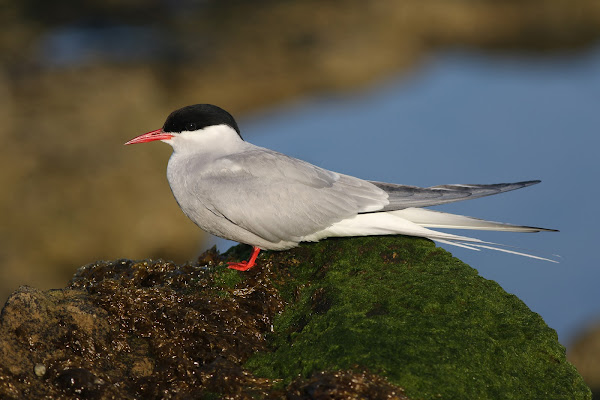 Arctic Terns - again an early autumn nocmig highlight, and in higher numbers this year
The first Whooper Swan flock of the autumn, on the night of 29th Sep - what a sound....
September? Pretty forgettable overall. Small numbers of commoner shorebirds, a few terns (in the first week), very small numbers of passerines (including the first Robins, Skylarks and Song Thrushes), and - thank the gods - the arrival of the big guns in the last week. The happy-yapping of Pink-footed Geese was a joy to hear from the 23rd, with several nights of good passage thereafter, and the incomparable brass section harmonies of Whooper Swans began on the 29th (it's worth it just for them, to be honest....).
As with diurnal migration, the species dynamic naturally changes as October goes on, with fewer possibilites increasingly confined to a hardier, more 'northern' suite of species; Oct '21 was inkeeping in this respect, with the later-arriving shorebirds, thrushes, a limited range of wildfowl (including regular, big numbers of Pink-feet and a few flocks of Whoopers); there were few truly notable nights, however, with e.g. 321 Redwings on 11th one of only a handful of good counts for this species.

A couple of (rare) notable late autumn nights, in mid-November - the above especially good for (usually silent) Fieldfares, and the below including my first Jack Snipe NFC for the site
Generally small numbers of the expected waders, gulls, winter thrushes and a few commoner wildfowl species (including Pinks, Wigeon and Teal) were the norm for November, although tech issues and logistics meant I only had about a fortnight's worth of nights to analyse; and there were some better nights of Redwing and Fieldfare migration, some particularly big skeins of Pink-feet, and odd treats including my first Jack Snipe on 15th.

Filey Town
As mentioned in the last post, our friendly neighbourhood Herring Gull colony became effectively intolerable (bless 'em) for their extended breeding season, which lasted until late September before any meaningful gaps in the overnight sonograms began to appear. So it was a case of recording as and when I was around, or when conditions looked promising, in October....
....but one of the great things about recording here, with just concrete and clay, the back alley and three-storey terraces in play, is that you know everything is on the move - particularly fascinating re: passerines, which included Robins, Dunnocks and Skylarks (pictured) on several nights: 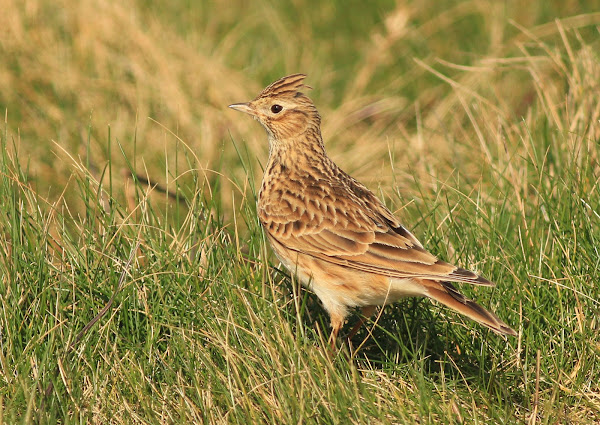 ... as well as several nights of heavy thrush migration (example below). As with last autumn (although sadly to nothing like the same extent), direct comparisons between simultaneous recordings from the study window and up on the North Cliff showed just how many more thrush NFCs are registered by the former; I discussed this in a bit more detail in last year's posts, but there seems little doubt that the artificial lighting both atracts more birds coming in off the sea, and encourages them to call.

Overall, then, a strange autumn, and indeed, a strange year of nocmig here in Filey: a fantastic array of species, fascinating (and now comparable) year-round coverage, many surprises, and an overflowing cup of bonus rarities. But, a very different story to 2020, which saw levels of species abundance, and sustained periods of heavy passage, which way exceeded 2021.
There are no doubt several factors which contributed to this dichotomy, and surely the main one was environmental: i.e., conditions were poor for much of the main spring period (cold and wet, often windy), and very poor for much of the autumn migration period (relentless low pressures and SW winds). The question is, with a dataset now spanning (most of) two year's worth of migration seasons, how will 2022 compare? Back to the levels of 2020, or similar to 2021? Or somewhere inbetween - or completely contrasting again? 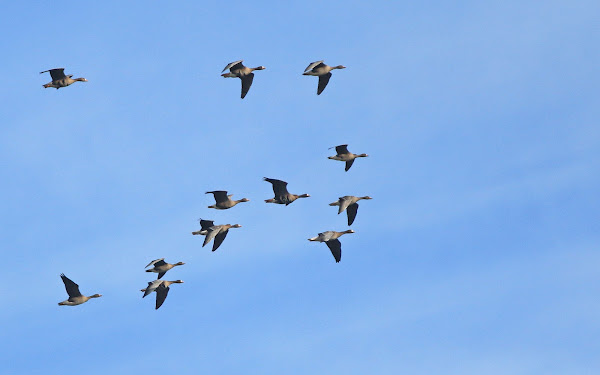 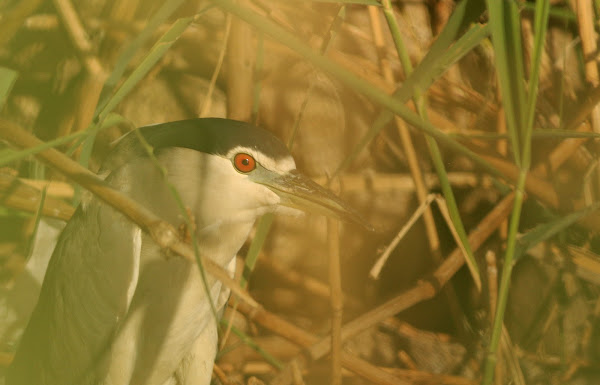 But who would've dreamed i'd have recorded American Golden Plover, Black-crowned Night-heron and Eurasian Stone-curlew?! Swings and roundabouts....
Posted by Mark James Pearson at 13:30