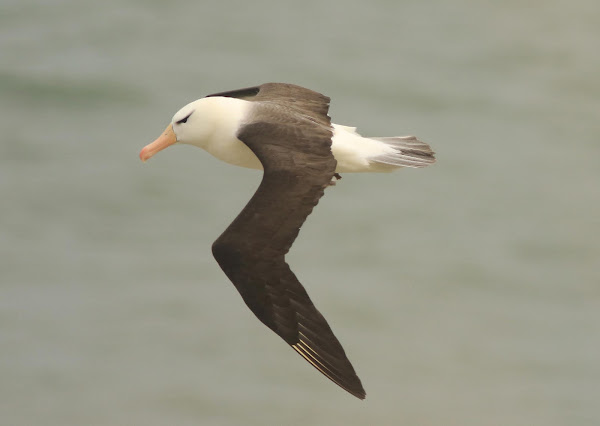 This post summarises July, Aug and Sep 2021.. for Part One see here, for part two, see here, and for the final part - check back in a few days!
As readers of Part Two will have gathered, the spring ended - or the summer began - with a bang, in the shape of that majestic, ultra-charismatic, beautiful beast, the returning Black-browed Albatross. After erratic and brief visitations to the Yorkshire coast in several previous summers (including a memorable seawatch fly-by for me here at Filey two years ago), in 2021 it embraced the mixed blessings of the Bempton Gannetry for much of the summer, and in doing so became undisputed Bird of the Year. 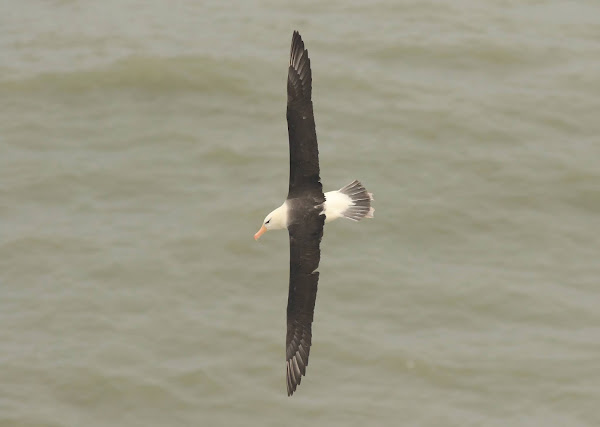 Not that anyone could've predicted as much when news got out retrospectively at the end of June; in fact, it could easily have been the bird's only jolly here in '21, but thankfully, she/he formed something of a behavioural pattern over the following months, and was enjoyed by thousands of justifiably adoring fans.

Lovely day guiding lovely clients on a @YCNature bespoke tour today, the star of the show being this beauty who entertained impeccably (in flight and at rest) in the @Bempton_Cliffs gannetry.#zeissbirding #harpia95 @BirdGuides @RareBirdAlertUK pic.twitter.com/baZqSo0Q9F

Whether it returns in '22 is anyone's guess - although the smart money may on the affirmative, it having put in a full season here, and how that correlates with past long-term Black-browed Albatrosses and their summering routines around the UK coast - but either way, it was one of those birds that transcended mere mortal status and became an avian folk hero, as deserved. I was lucky enough to get great views at my first attempt, and then on many other occasions as the summer wore on - whether guiding, with friends (what a bird to show your non-birding visitors), or just because I was passing. What I could never have predicted was being able to include it in both my bespoke summer guiding tours and then again in my Autumn Birding Discovery Days in September....

Summer in the Highlands
For the second year running, foreign trips were cancelled and any hopes of getting off these islands were again scuppered by the plague, but like last year (when we had a great trip to Anglesey and North Wales), we enjoyed a memorable getaway closer to home. With accommodation pretty much everywhere either booked up, massively hiked in price or most often both, we thankfully found an Air BnB in one of our favourite regular bolt-holes, Grantown-on-Spey in the Highlands. 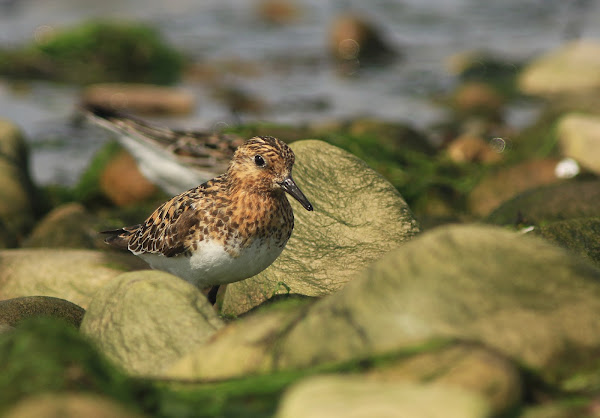 Sanderlings at Findhorn Bay
We usually go in November (when we're guests of the wonderful team at the Grant Arms Hotel - see next post), but we'd never visited in the summer, and so had a blast visiting our usual haunts and exploring new places off the beaten track, and contrasting the lush, fertile, wildflower-peppered valleys with the harsher, bleaker beauty we're used to in early winter. Wonderfully - especially after such a royally shit spring weather-wise - we had perfectly warm, often sunny conditions, and all was very much well with the world for a few days at least.

As usual, we broke up the journey there and back with nature-themed diversions - on the way up at Eyemouth and St Abbs' Head, and on the way back at Kinghorn, Fife, where we'd great views of our target species the Sei Whale, amazingly followed by a large pod of Short-beaked Common Dolphins gunning it towards Edinburgh....

After the craziness of the spring and ensuing breeding season, surveying slowed up for a while midsummer, although continued on the Humber, and included breeding Avocets (below); as autumn began, so the projects picked up pace once again.... 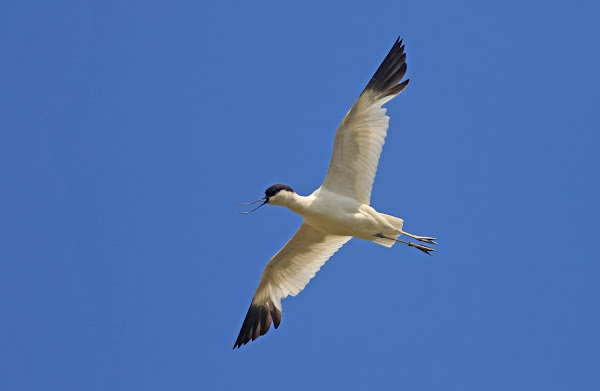 ... while continuing my voluntary monitoring of the Filey seabird colony for the RSPB meant bumping into the local Peregrines and Barn Owls on many occasions: 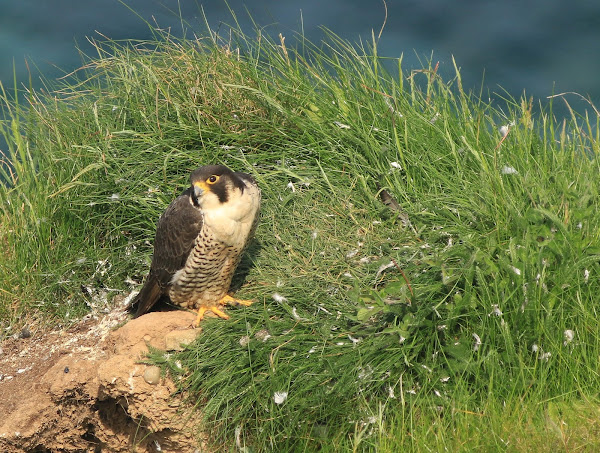 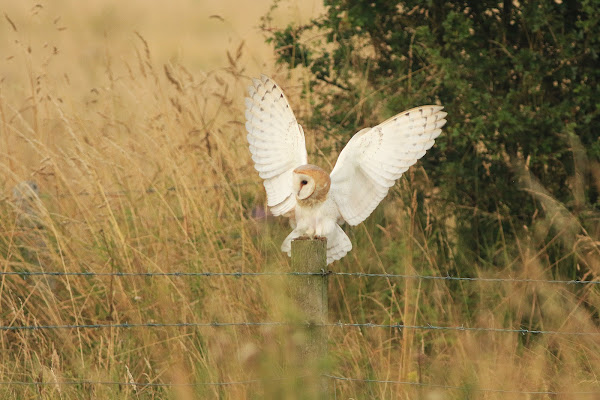 As mentioned, there'll be a full 2021 Nocmig summary to follow soon, but early autumn - and July in particular - continued the lucky sonic streak, particularly on my North Cliff recorder here in Filey, with two Quails and another Bittern calling over the Audiomoth, among many other migrants - more here. 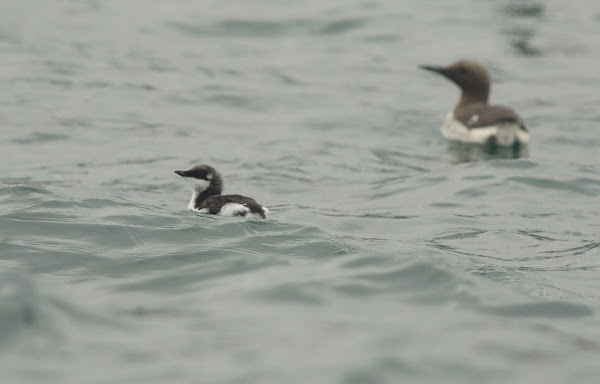 Guillemot (and other auk) chicks were a hit with our clients on YCN boat trips in July....
Towards the end of July, it was time to start our YCN Seabirds and Whales pelagic trips once again, which ran all the way through until the end of September. They were, as always, a joy to lead - and although the whales left it a little later this year, Bottlenose Dolphins, Porpoises and seabirds more than filled the bill until they arrived. I was lucky to lead many of the trips, and it's a part of the calendar I look forward to every year, especially in the depths of winter....

Memorable experiences with many Bottlenose Dolphins (including young calves) as well as a great cast of seabirds on our @YCNature pelagics out of Staithes this weekend. More here: https://t.co/K4fRDO0Gss pic.twitter.com/glWb4Nba6Y 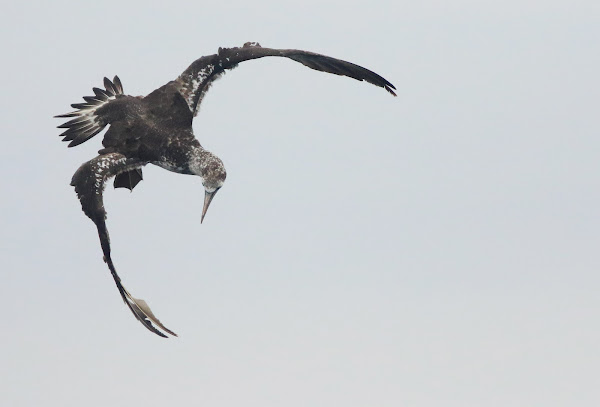 Gannet behind the boat on one of our YCN Pelagics

One of many close encounters with Bottlenose Dolphins during our @YCNature pelagic today - particularly like the onboard response to this one 😁 pic.twitter.com/P2vL7GSj5W 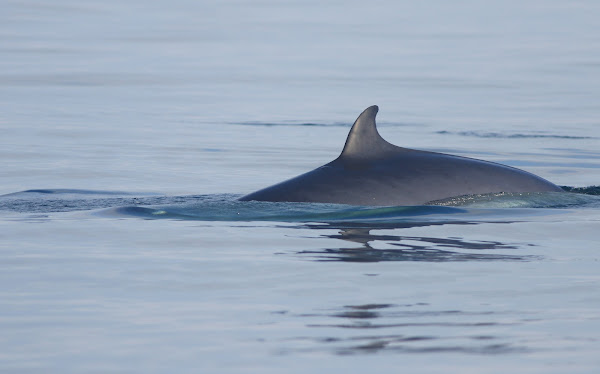 One of many Minke Whales close to our boat through the season
Pelagics and surveying aside, August and September allowed for plenty of local patch birding, especially here on my doorstep in Filey. Unsurprisingly, time and effort paid out across the board, and while it was an especially poor early autumn for commoner passerine migrants, there was plenty of turnover and migration to enjoy on a daily basis. Wader passage was excellent, especially in August....

.... while seawatching was quality throughout: 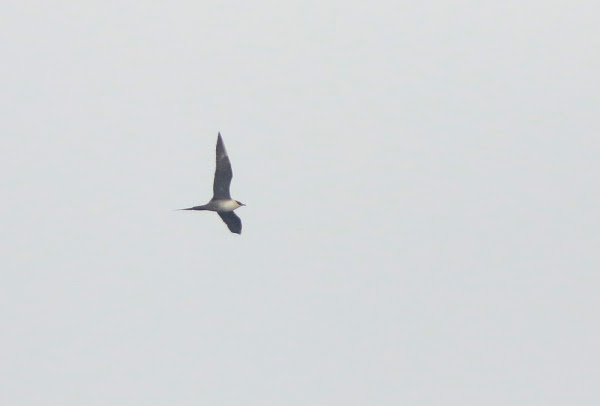 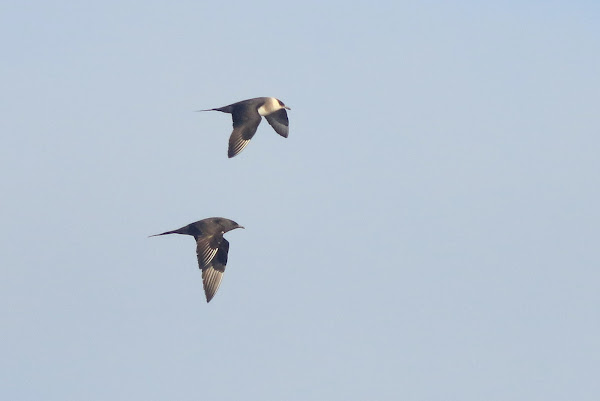 There were many quality birds, cetaceans (including regular Bottlenose Dolphins and Minkes) and days of sustained passage, the best of the former being my second Filey Fea's, which staged a faultless, five-minute fly-by on 1st September: 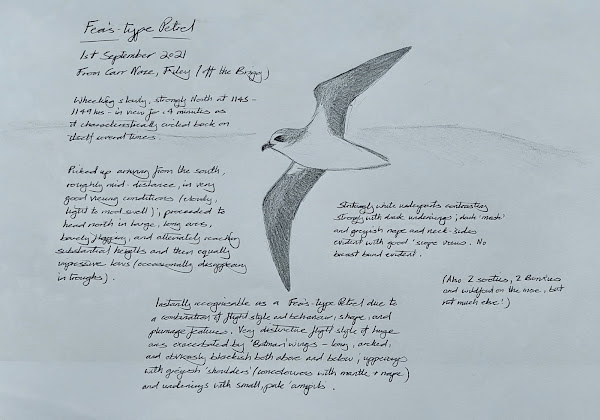 Caspian Gulls are still very much a rarity at Filey, with just a handful of substantiated records - and so finding two juveniles on one day at opposite ends of the bay was a treat:

The first of yesterday's two Caspian Gulls at #Filey (first ever multiple count of a less than annual sp. here), this one on the end of the Brigg (watch til the end to get a sense of the distance).. Digiscoped with @ZEISSBirding #harpia95@BirdGuides @RareBirdAlertUK @nybirdnews pic.twitter.com/a0SHCWtvHW

Passerine migration was hard work, not helped by constant westerly winds and Atlantic lows, but a brief whiff of an easterly on 22nd August produced one of those classic Filey moments that make it all worthwhile (more here). After a quiet seawatch at Flamborough and an even quieter walk at Buckton, I gave Carr Naze a whirl - and was rewarded by a pristine Greenish Warbler arriving literally in front of me and buzzing around the umbellifers... 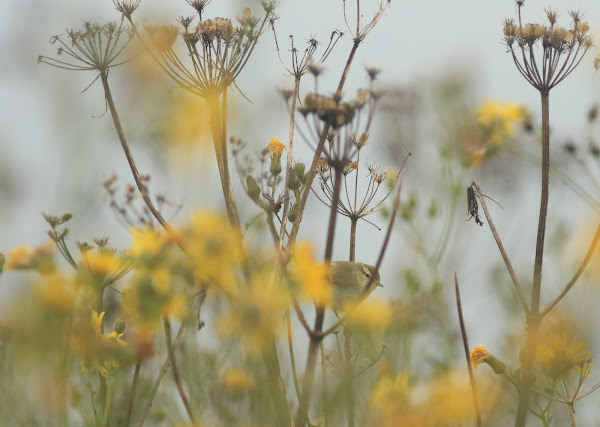 First contact
Amazingly - assuming it was the same bird which made its way to Arndale by the following morning - it was soon joined by a second bird; stopped in my tracks by both calling at each other and then one bursting in song, it's not an experience I expect to replicate here anytime soon....

That moment when two Greenish Warblers duet with each other.... and one breaks into song! Not what I expected on my #Filey rounds this a.m, but I'll take it 🤩@nybirdnews @BirdGuides @RareBirdAlertUK pic.twitter.com/v2X4eyLE5N

Staying with the Phylloscopus theme, when news broke of a Green Warbler down the road at Buckton a couple of weeks later, it was always going to be a bunfight of a twitch, and so I figured if it was still there in a few days (and after the weekend), I'd drop in. It was, and I did, and it was educational for two reasons - firstly from an ID perspective (it wasn't hard), and secondly, as a reminder that I'm not good at these things; contrary to what I'd hoped for there were shedloads of twitchers there, and, except for the brief but educational views, it wasn't my idea of happy birding and I did one after twenty minutes.

Much more fun, however, were my Autumn Migration Discovery Days, which kicked off in September, and - with the caveat that I can adapt our schedule according to the birds and conditions - the greater Flamborough Head was once again the justified venue of choice for pretty much all of them. We had some memorable days in September, which were the beginning of a very lucky streak re: finding or bumping into rarities - starting with our group-find Glossy Ibis (only the third for Flamborough): 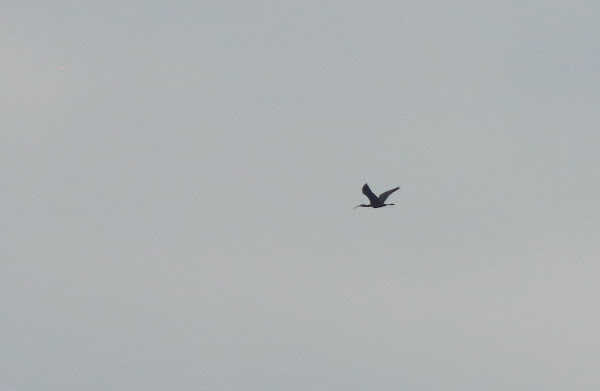 And while I may not have made it out of the UK this year (again), I got as far as could without doing so - namely Shetland, for just over a week from 28th September to 5th October. Which seems like a good place to start the final part - check back soon for more.... 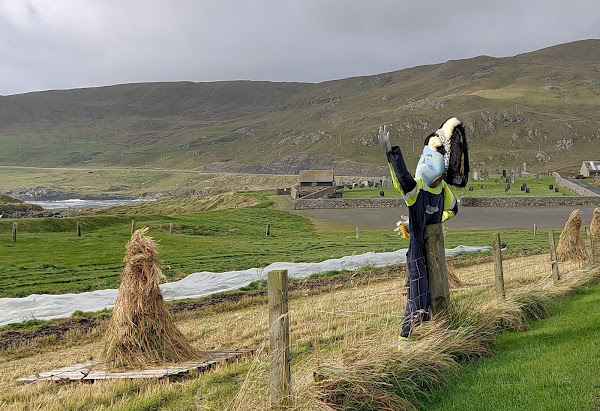 Posted by Mark James Pearson at 13:38