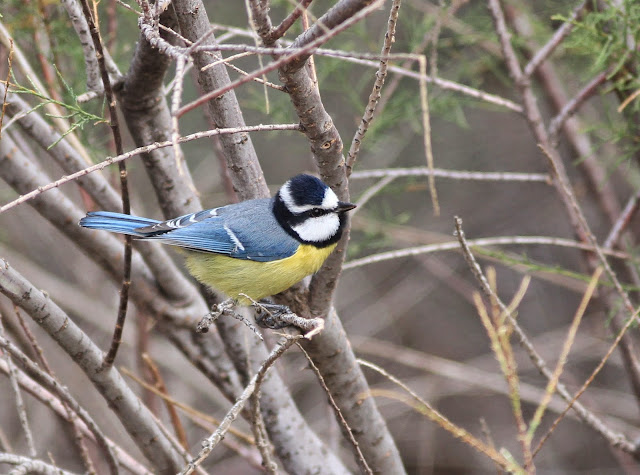 After a relatively quiet period here on these pages, a burst of activity begins as of now, all on account of a hugely enjoyable and productive week on Fuerteventura with comrades Rich, Dan and Dylan. It being a perfect place for photography as well as relaxed nature-bothering in general, it'll take a good while to sort through and edit the photos, write up accounts and divide it all into bite-size portions, which was precisely the intention - tasty distractions and (hopefully) quality content to provide fuel during the leanest period of the annual cycle. 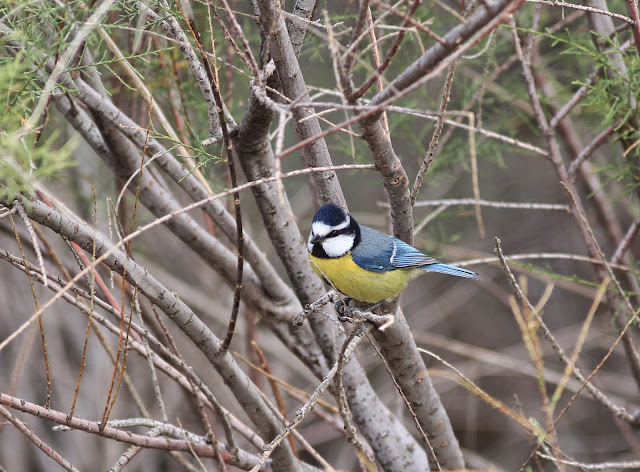 A short and sweet one to begin with, then - meet the Fuerteventura Blue Tit, endemic to Fuerteventura and neighbouring Lanzarote. Formally treated as a subspecies of African Blue Tit but now considered a full species by some authorities, either way it's a supremely smart little bird, and indeed truly rare; on Fuerteventura it occurs at only a handful of locations, and is greatly limited (and hindered) by habitat restrictions. We were lucky enough to enjoy them at close quarters (after a little pishing encouragement) at a few sites, including an area just south of Betancuria, which combine the picturesque village of Vega de Rio Palmas and the adjoining lush barranco of Las Penitas (pictured in the valley below). 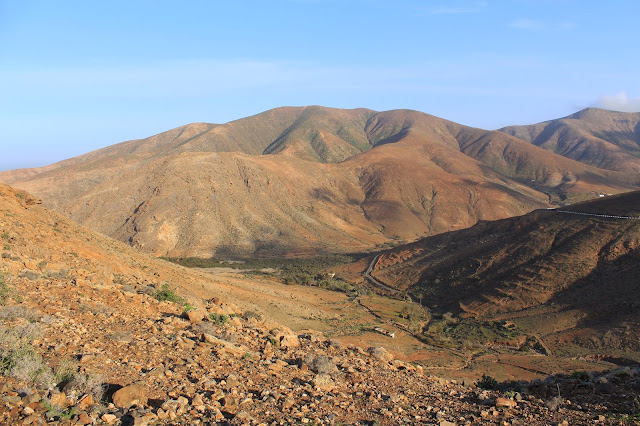 Even taking into account the fact that everything looks brighter in the sunshine and habitats of such places, they really were exceptionally flashy, and certainly renewed my appreciation of our lowly equivalent here in the dark north. 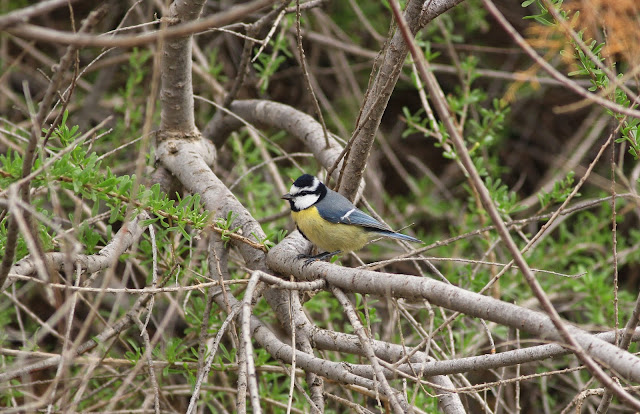 Posted by Mark James Pearson at 22:45