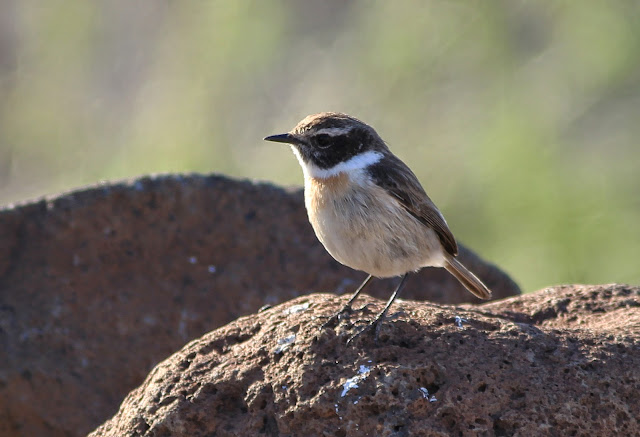 One of the main targets of the trip - especially since, while there are various endemic races, near-endemics and other assorted specialities, they're the only actual Fuerteventuran endemic species (so far, with more splits no doubt likely in the future) - Fuerteventura Chats were thinly scattered but widespread on the island, favouring sparsely vegetated barrancos (dry stream beds) in rocky terrain. 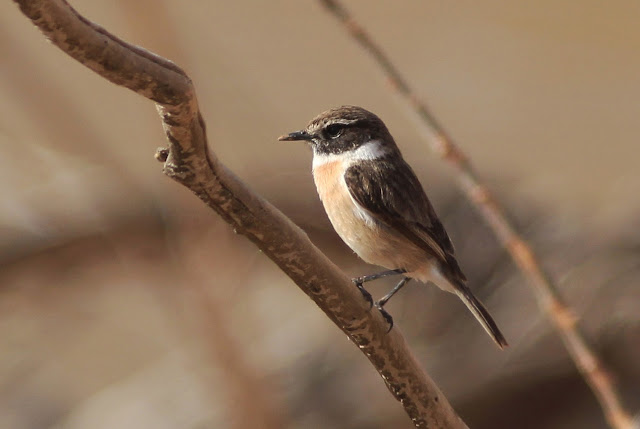 Smart little birds they are too, particularly the males; as well as the obvious plumage differences, they're noticeably longer and thinner billed than our Stonechats, are slightly longer-tailed, and as Amity pointed out, their dashing eye-brow lends them a certain drag queen-like sensibility (and you won't find that kind of insight in Collins). 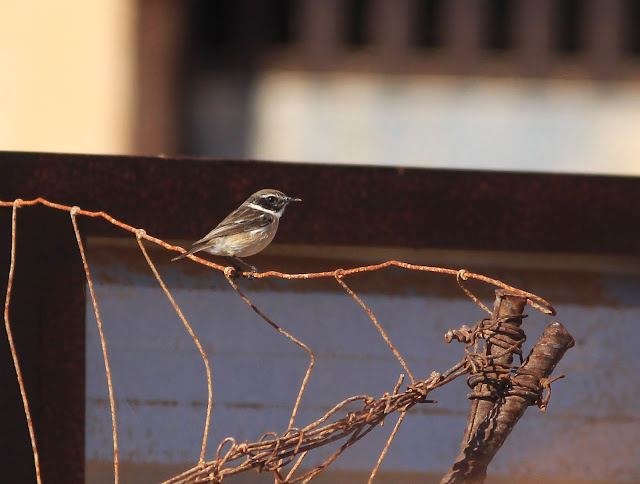 Perhaps the easiest place to catch up with them was along the banks of Los Molinos reservoir, from the parking spot near the dam and then along towards the goat farm. 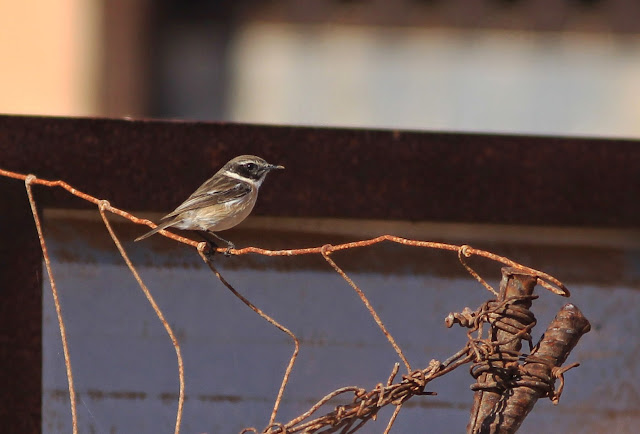 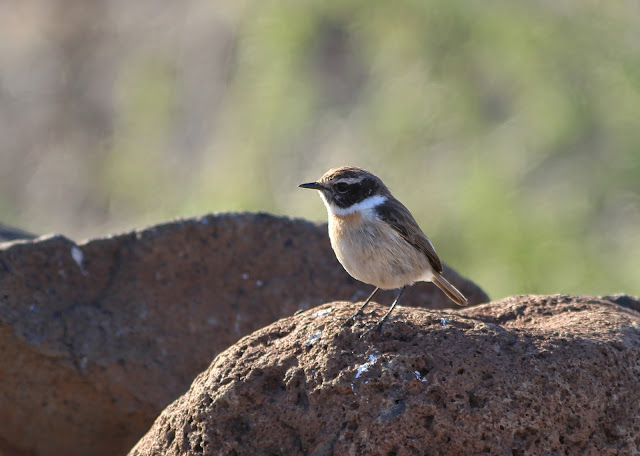 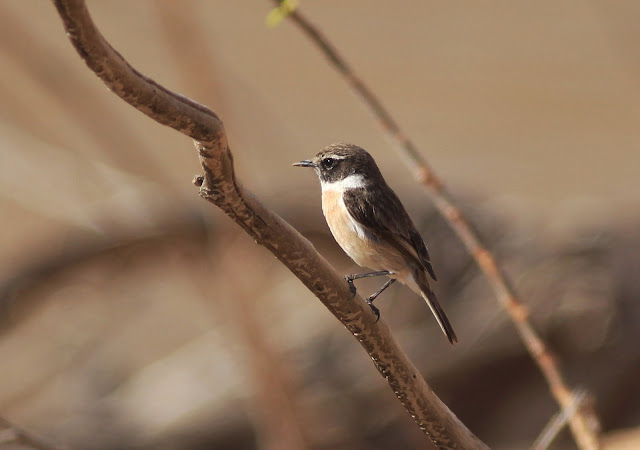 Posted by Mark James Pearson at 13:36