Another icy, bone-chilling morning here on the Yorkshire coast, but with sunshine forecast, a couple of hours to kill and in the interests of a little variety, I headed south towards Hornsea Mere.


First stop was the end of the road (literally) at Skipsea, and a check of the sea - nothing too exciting but for lots of Red-throated Divers and auks, but a flock of c180 Golden Plovers in the cliff-top field was a bonus.


I reached the Mere in time for the mist to gently lift, revealing ... a lot of ice. With most of the ducks - an excellent congregation of common stuff, including dozens of Goldeneye - concentrated in an ice-free passage not too far away, I started scanning through them and immediately picked out the extraordinarily dapper drake Smew, actively feeding (and seemingly ghosting the dives of Tufties - a beneficial feeding ploy?) as close as it could be without skates. 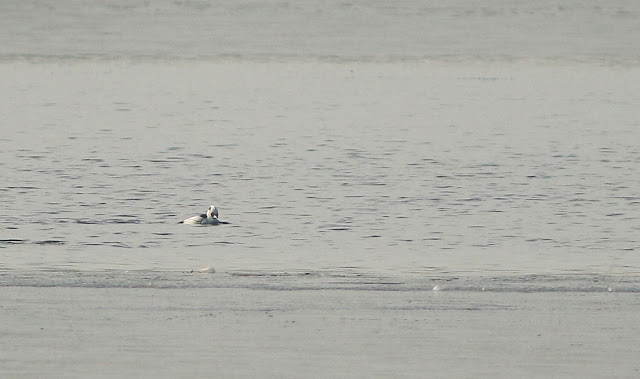 Great 'scope views (although a bit too far for the DSLR) through the beast - the Zeiss Harpia 95, killing it in all circumstances - were a pleasure, and in with the multitudes I also picked out a young male Greater Scaup and a 'Scaup-type' hybrid male, most likely Tufted Duck x Common Pochard (which made me miss those millions of mornings scanning through the flock at Stoke Newington Reservoirs....).


On the way home, I dropped in to see the male Mandarin on Primrose Valley lake, a boating pond on a holiday camp a couple of miles south of Filey. It's been there a while and is more than likely from the healthy feral population in the Scarborough area, but it's always been dark and cloudy when I've passed by - so with a flash of sunshine I got a half decent shot and retreated back to base. Despite the proximity of the aforementioned population they're a scarce bird in the Filey area (just about annual in small numbers), which was my weak justification for paying my respects again... 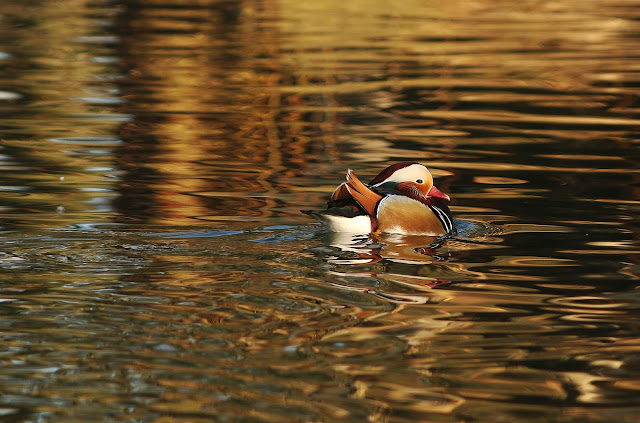 Posted by Mark James Pearson at 16:02